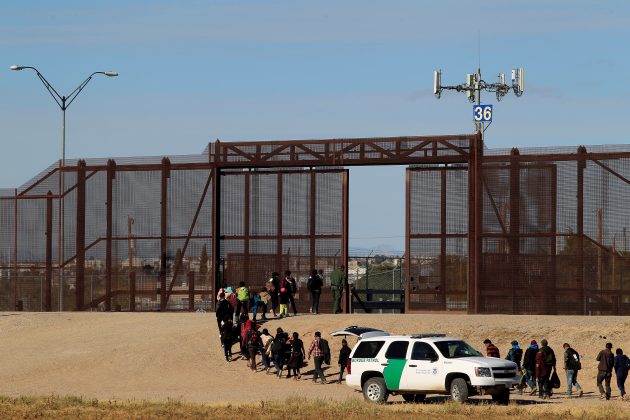 FILE PHOTO: Migrants from Central America are seen escorted by U.S. Customs and Border Protection (CBP) officials after crossing the border from Mexico to surrender to the officials in El Paso, Texas, U.S., in this pictured taken from Ciudad Juarez, Mexico December 3, 2018. REUTERS/Jose Luis Gonzalez/File Photo