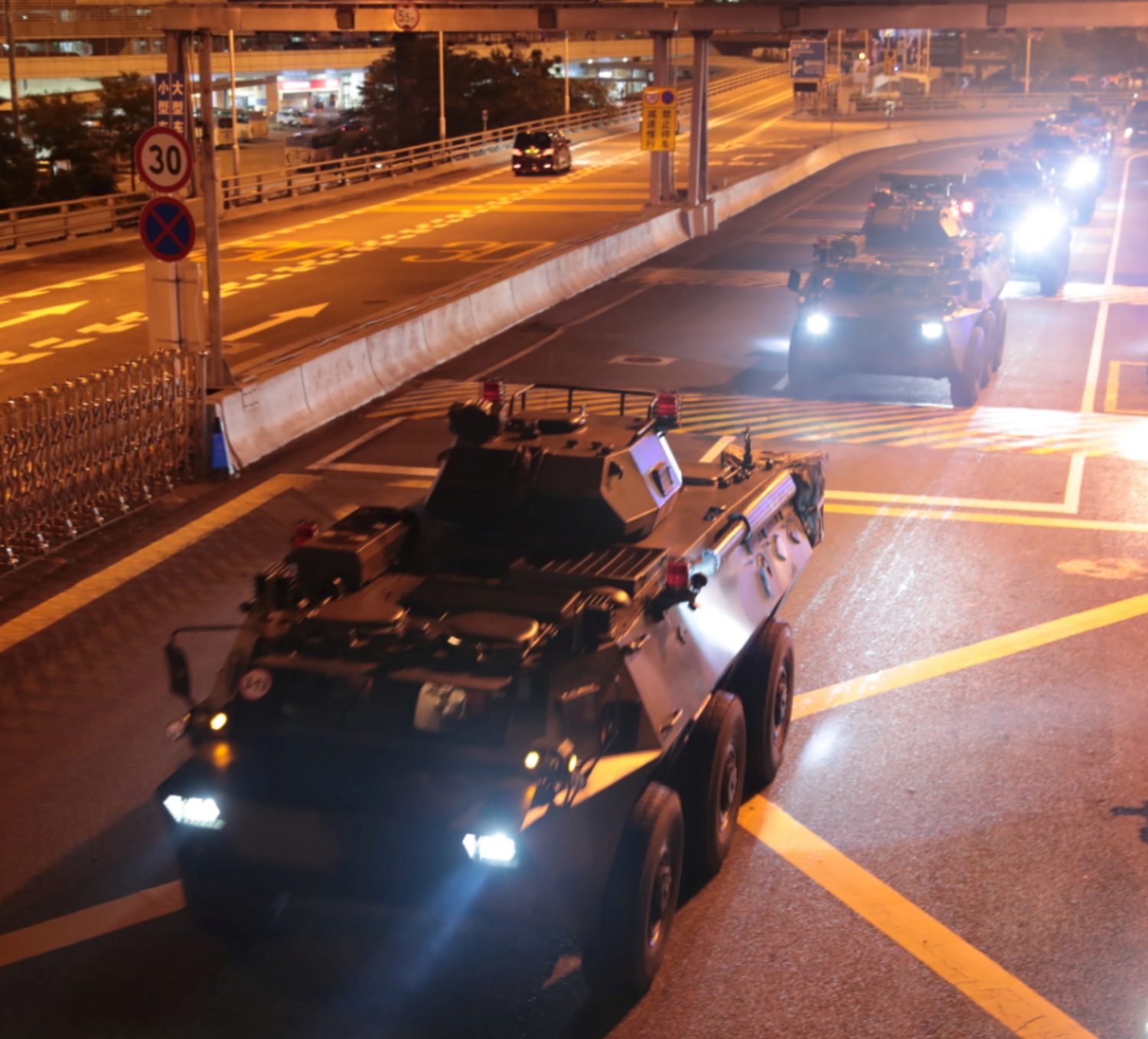 By Donny Kwok and Jessie Pang

HONG KONG (Reuters) – China brought fresh troops into Hong Kong on Thursday in what it described as a routine rotation of the garrison, days before protesters planned to hold a march calling for full democracy for the Chinese-ruled city after three months of demonstrations.

Chinese state media stressed the troop movement was routine and Asian and Western diplomats watching the People’s Liberation Army (PLA) forces in the former British colony had been expecting it.

Even so, the timing of the redeployment is likely to hit nerves in Hong Kong, which returned to China in 1997 as a Special Administrative Region and has been hit by a wave of sometimes violent protests since June.

State news agency Xinhua said the military had completed a p rotation of air, land and maritime forces. It released pictures and footage of armored personnel carriers moving in convoy in Hong Kong before dawn, their lights flashing.

The PLA will make even greater contributions to maintaining Hong Kong’s prosperity and stability, Xinhua cited its garrison in Hong Kong as saying.

Analysts estimate the garrison numbers between 8,000 and 10,000 troops split between bases in southern China and a network of former British army barracks in Hong Kong.

Trucks full of PLA soldiers rolled into Hong Kong within hours of the 1997 handover which ended British rule, raising questions about their role. They stage frequent drills but have seldom since been seen outside their bases.

Reuters witnesses on Thursday saw significantly more activity in and around the PLA’s Shek Kong military base in the rural New Territories than has been apparent in recent months.

Four black civilian SUV’s drove between military buildings on a nearby hill road. Several larger green army trucks could be seen outside some buildings, flanked by guards.

Unrest in Hong Kong escalated in mid-June over a now-suspended extradition bill that would have allowed people to be sent to mainland China for trial in Communist Party-controlled courts.

It has since evolved into calls for greater democracy under the “one country, two systems” formula, which guarantees freedoms not enjoyed on the mainland, including an independent judiciary.

The protests have posed the biggest challenge for Communist Party rulers in Beijing since President Xi Jinping took power in 2012.

China has denounced the protests and accused the United States and Britain of interfering in its affairs in Hong Kong. It has sent clear warnings that forceful intervention is possible.

Hundreds of People’s Armed Police this month conducted exercises at a sports stadium in Shenzhen that borders Hong Kong a day after the U.S. State Department said it was “deeply concerned” about their movements. 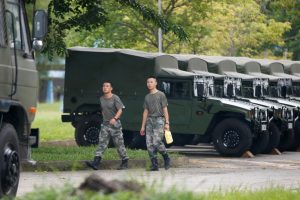 Chinese defense ministry spokesman Ren Guoqiang said the timing of the troop rotation was similar to that of previous years to “meet the demands of defending Hong Kong”.

The protests have rattled Hong Kong’s business community, with Cathay Pacific Airways <0293.HK> the biggest corporate casualty after Beijing demanded it suspend staff involved in, or who support, the demonstrations.

The American Chamber of Commerce (AmCham) said Hong Kong faced an unprecedented test of the “one country, two systems” formula it has been ruled under since 1997.

“AmCham believes that Hong Kong still stands apart from its rivals in the region due to a combination of competitive advantages, including the rule of law, individual freedoms and its deep pool of talent,” it said in a statement.

“While these remain intact for now, they can no longer be taken for granted.”

Defense Ministry spokesman Ren said the garrison troops would fulfill their obligation of defending Hong Kong according to the law and would follow the orders of the Communist Party.

They had the confidence, determination and capability to “protect and defend Hong Kong’s long-term prosperity and stability,” he told a briefing in Beijing.

He did not answer a question on whether troop levels in Hong Kong had risen with the new deployment.

Ren said that the People’s Armed Police drills in Shenzhen were routine and that they conduct similar exercises every year.

The group’s leader, Jimmy Sham, was attacked by two men armed with a knife and a baseball bat on Thursday, it said on its Facebook page. He was not hurt but a friend who tried to protect him suffered injuries to his arm.

Protesters targeted the Liaison Office, a symbol of Beijing’s rule, in July, daubing anti-China slogans on its walls and signs.

Police refused permission for the march on Thursday, but the group said it would appeal.

The protest would mark five years since Beijing ruled out universal suffrage for Hong Kong and comes as Hong Kong faces its first recession in a decade, with all its pillars of growth under stress.

Beijing is eager to quell the unrest before the 70th anniversary of the founding of the People’s Republic of China on Oct. 1, when Xi will oversee a military parade in Beijing. 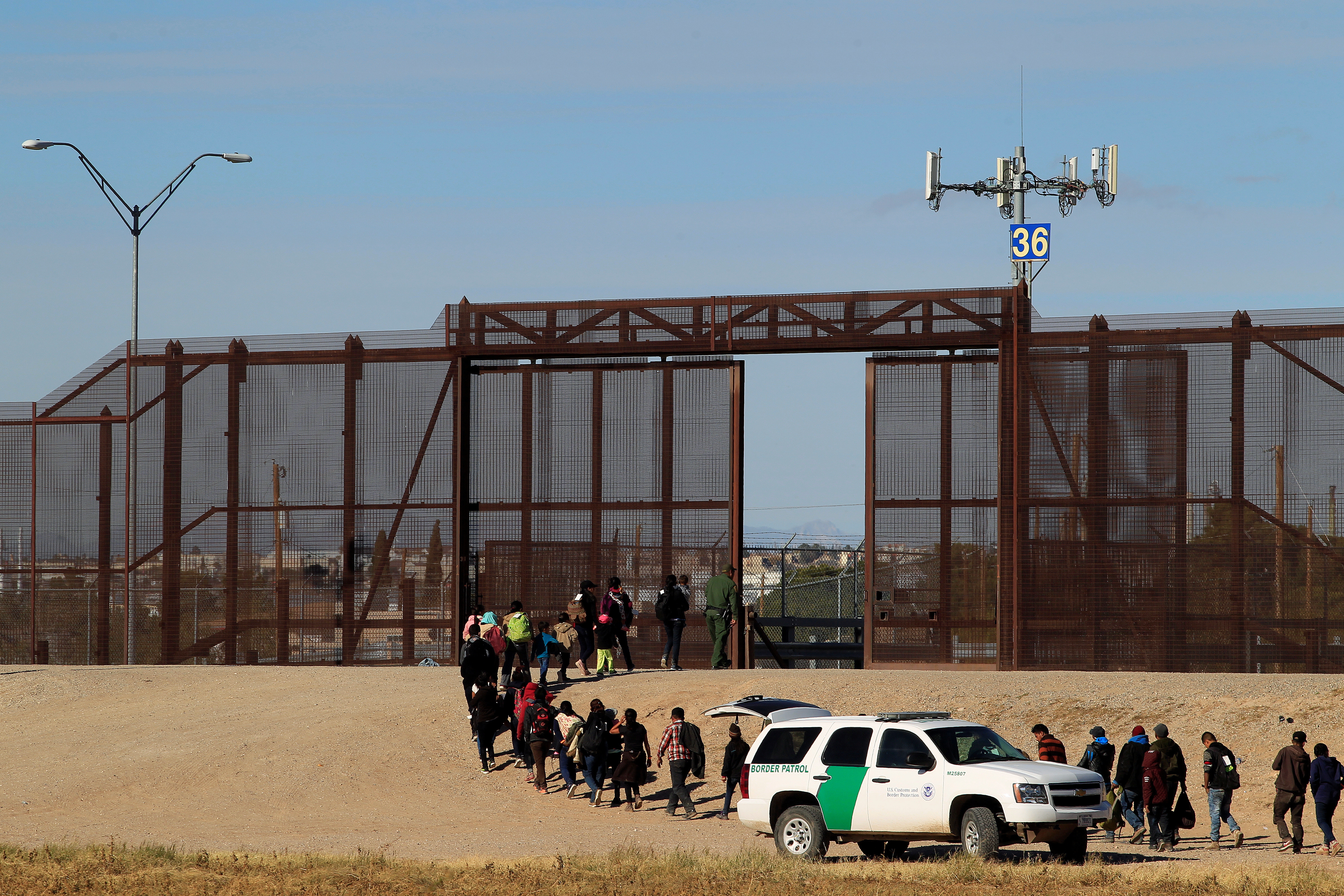