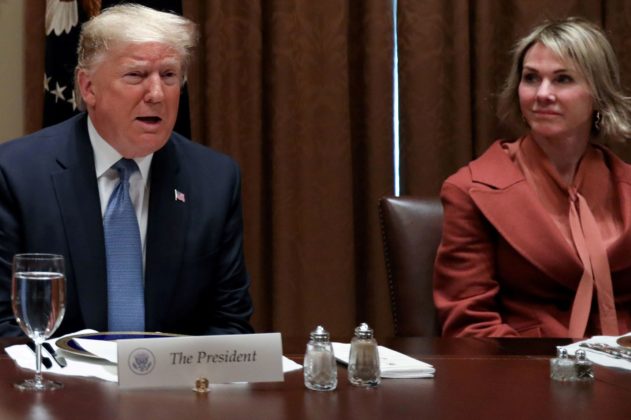 UNITED NATIONS (Reuters) – The United States is “prepared to be flexible” in negotiations aimed at getting North Korea to give up its nuclear and missile programs but Pyongyang must engage and avoid provocations, U.S. Ambassador to the United Nations Kelly Craft said on Wednesday.

“We have not asked North Korea to do everything before we do anything,” Craft told reporters before a U.N. Security Council meeting on North Korea.

“We are prepared to be flexible, but we cannot solve this problem alone. The DPRK must do its part and it must avoid provocations. It must engage in this process,” she said.

The United States requested the meeting of the 15-member council as concerns grow internationally that North Korea could resume nuclear or long-range missile testing – suspended since 2017 – because denuclearization talks between Pyongyang and Washington have stalled.

North Korean leader Kim Jong Un has given U.S. President Donald Trump until the end of 2019 to show flexibility. North Korea’s U.N. ambassador, Kim Song, declared on Saturday, however, that denuclearization was off the table.

Trump then warned that Kim risked losing “everything” if he resumes hostility and that North Korea must denuclearize. Trump and Kim have met three times since June 2018, but no progress toward a deal has been made.