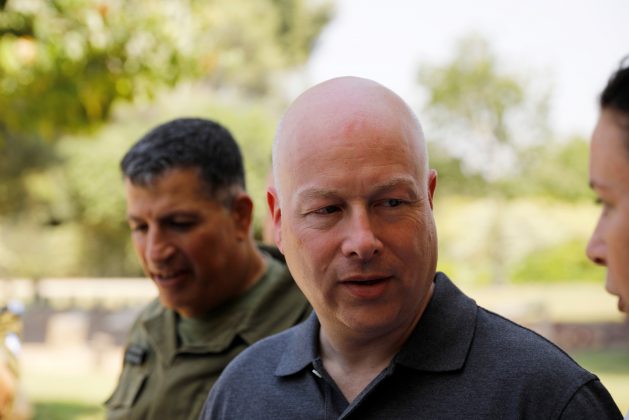 The move, announced in a tweet by Greenblatt, appeared to be aimed at not interfering with September elections in which the leadership of Prime Minister Benjamin Netanyahu, a close ally of U.S. President Donald Trump, is at stake.

“We have decided that we will not be releasing the peace vision (or parts of it) prior to the Israeli election,” Greenblatt said on Twitter.

Trump on Monday had said the plan might be revealed before the Israeli election.

Trump’s Middle East team, including senior adviser and son-in-law Jared Kushner, had wanted to roll out the political plan during the summer but Netanyahu’s failure to put together a governing coalition after April elections prompted a delay.

Netanyahu now faces a fresh vote on Sept. 17 and if successful, will try again to form a coalition.

The White House in June announced the economic piece of the Trump peace plan and sought support for it at a conference of global finance ministers in Bahrain.

It proposes a $50 billion Middle East economic plan that would create a global investment fund to lift the Palestinian and neighboring Arab state economies, and fund a $5 billion transportation corridor to connect the West Bank and Gaza.

Gulf leaders, however, want to see details of the political plan, which is aimed at resolving some of the thorniest issues of the Israeli-Palestinian conflict, before signing on to the economic plan.