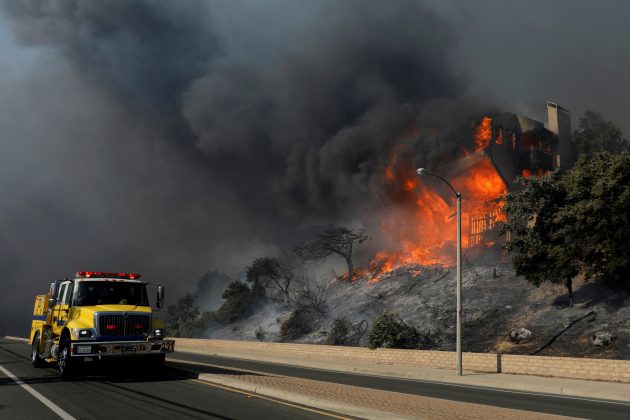 A fire crew passes a burning home during a wind-driven wildfire in Ventura. REUTERS/Mike Blake