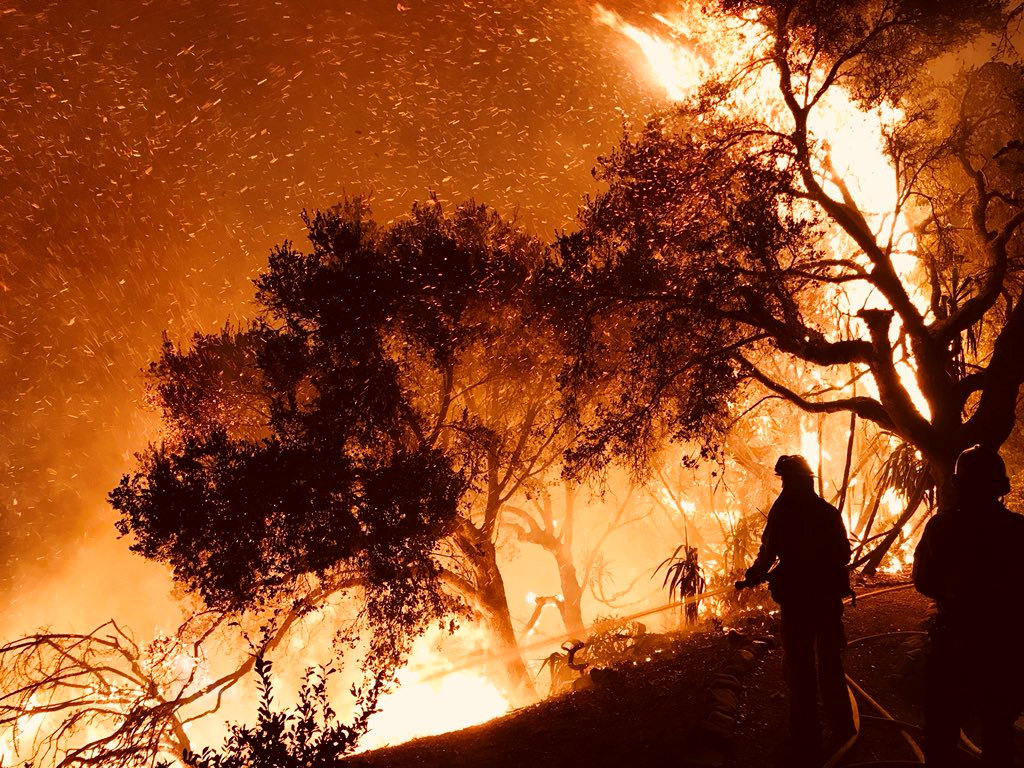 SANTA BARBARA, Calif. (Reuters) – A massive California wildfire that has already destroyed nearly 800 structures scorched another 56,000 acres on Sunday, making it the fifth largest such blaze in recorded state history, as it ran toward picturesque coastal cities.But fire officials said as darkness fell that with the hot, dry Santa Ana winds not as fierce as expected, crews had been successful in building some fire lines between the flames and the towns of Montecito and Carpinteria.

“This is a menacing fire, certainly, but we have a lot of people working very diligently to bring it under control,” Santa Barbara County Sheriff Bill Brown told an evening press conference.

Still, some 5,000 residents remained under evacuation orders in the two communities, near Santa Barbara and about 100 miles (160 km) northwest of Los Angeles. Some 15,000 homes were considered threatened.

The Thomas Fire, the worst of six major blazes in Southern California in the last week and already the fifth largest in the state since 1932, has blackened 230,000 acres (570,000 hectares), more than the area of New York City. It has destroyed 790 houses, outbuildings and other structures and left 90,000 homes and businesses without power.

The combination of Santa Ana winds and rugged terrain in the mountains that run through Santa Barbara and Ventura counties have hampered firefighting efforts, and officials said the Thomas Fire was only 10 percent contained on Sunday evening, down from 15 percent earlier in the day.

But wind gusts recorded at 35-40 miles per hour were less than those predicted by forecasters, giving crews a chance to slow the flames’ progress down slopes above the endangered communities.

The fires burning across Southern California have forced the evacuation of more 200,000 people and destroyed some 1,000 structures.

Among them are residents of Montecito, one of the state’s wealthiest enclave and home to such celebrities as Oprah Winfrey.

Molly-Ann Leikin, an Emmy-winning songwriter who was ordered to evacuate her Montecito home at 9 a.m. on Sunday, said she fled with only her cell phone, medication, eyeglasses and a few apples.

Leikin, 74, said she doesn’t know the condition of her home and belongings but “none of that means anything when it is your safety.”

WORST IN A DECADE

The fires that began last Monday night collectively amounted to one of the worst conflagrations across Southern California in the last decade. They have, however, been far less deadly than the blazes in Northern California’s wine country in October that killed over 40.

In the last week, only one death has been reported, a 70-year-old woman who died Wednesday in a car accident as she attempted to flee the flames in Ventura County. Scores of horses have died, including at least 46 at a thoroughbred training facility in San Diego county.

Residents and firefighters alike have been alarmed by the speed with which the fires spread, reaching into the heart of cities like Ventura.

At the Ventura County Fairgrounds, evacuees slept in makeshift beds while rescued horses were sheltered in stables.

Peggy Scissons, 78, arrived at the shelter with her dog last Wednesday, after residents of her mobile home park were forced to leave. She has not yet found out whether her home is standing.

James Brown, 57, who retired from Washington State’s forestry service and has lived in Ventura for a year, was forced to leave his house along with his wife last week because both have breathing problems.

“We knew a fire was coming, but we didn’t know it would be this bad,” said Brown, who is in a wheelchair.

Some of the other fires, in San Diego and Los Angeles counties, have been largely controlled by the thousands of firefighters on the ground this week. 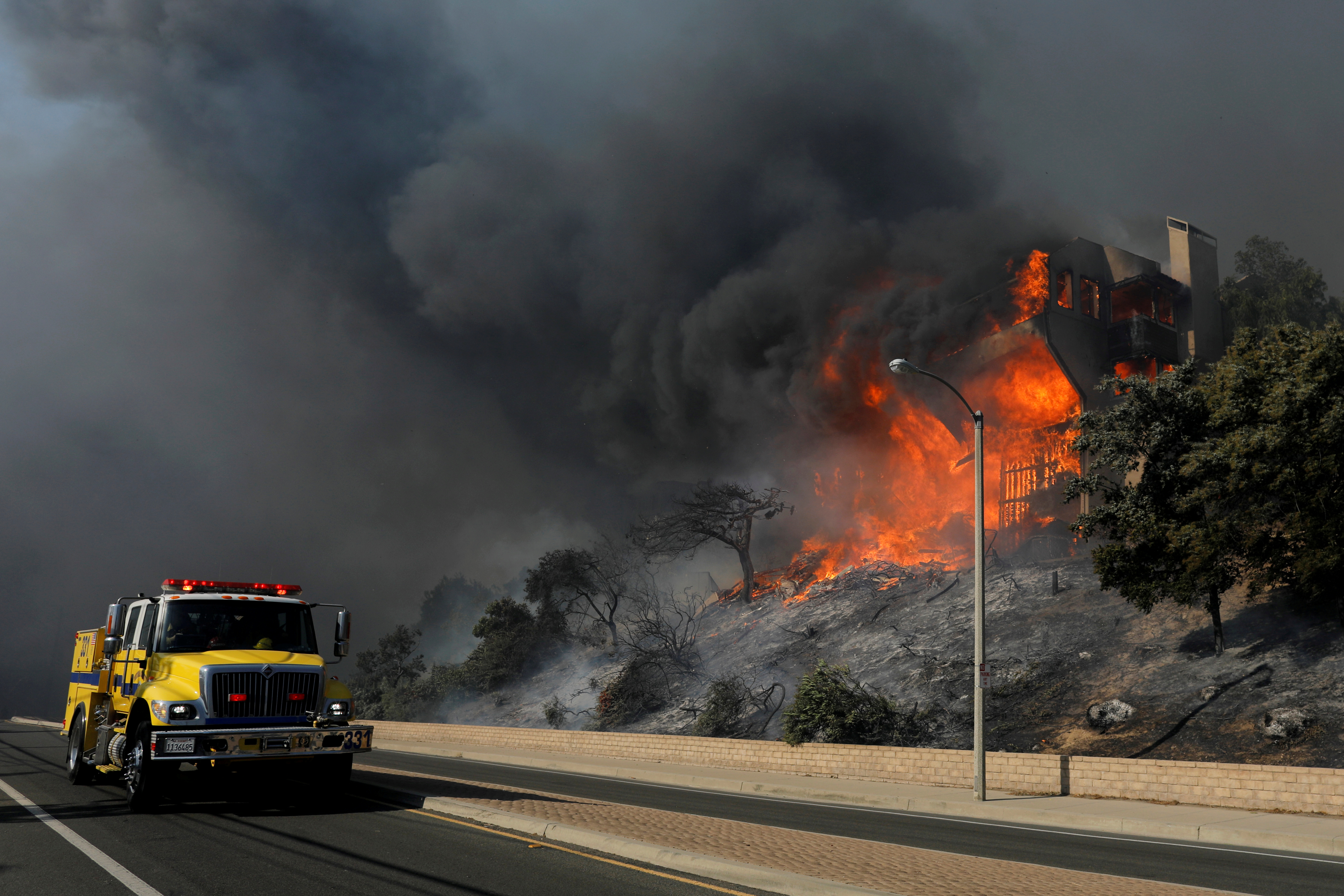