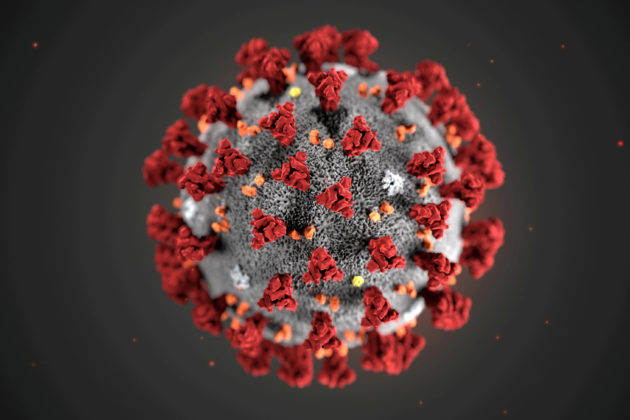 FILE PHOTO: The ultrastructural morphology exhibited by the 2019 Novel Coronavirus (2019-nCoV), which was identified as the cause of an outbreak of respiratory illness first detected in Wuhan, China, is seen in an illustration released by the Centers for Disease Control and Prevention (CDC) in Atlanta, Georgia, U.S. January 29, 2020. Alissa Eckert, MS; Dan Higgins, MAM/CDC/Handout via REUTERS/File Photo

From Melbourne to Manila, Hong Kong and India’s tech capital Bengaluru, lockdowns and strict social distancing restrictions are being reimposed across the Asia-Pacific after a surge in new coronavirus cases fanned fears of a second wave of infections.

Many parts of Asia, the region first hit by the coronavirus that emerged in central China late last year, are finding cause to pause the reopening of their economies, some after winning praise for their initial responses to the outbreak.

The number of coronavirus infections around the world hit 13 million on Monday, according to a Reuters tally, climbing by a million in just five days. Reuters’ global tally, which is based on government reports, shows COVID-19 accelerating fastest in Latin America, the number of deaths there exceeding the figure for North America for the first time on Monday.

California’s governor on Monday clamped new restrictions on businesses as coronavirus cases and hospitalizations soared, and the state’s two largest school districts, in Los Angeles and San Diego, said children would be made to stay home in August.

Governor Gavin Newsom, a Democrat, ordered bars closed and restaurants, movie theaters, zoos and museums across the nation’s most populous state to cease indoor operations. Gyms, churches and hair salons must close in the 30 hardest-hit counties.

“It’s incumbent upon all of us to recognize soberly that COVID-19 is not going away any time soon, until there is a vaccine and/or an effective therapy,” Newsom said at a news briefing.

The decision to cancel in-person classes puts the districts at odds with U.S. President Donald Trump, who has said he might withhold federal funding or remove tax-exempt status from school systems that refuse to reopen.

Britain faces a potentially more deadly second wave of COVID-19 in the coming winter that could kill up to 120,000 people over nine months in a worst-case scenario, health experts said on Tuesday.

With COVID-19 more likely to spread in winter as people spend more time together in enclosed spaces, a second wave of the pandemic “could be more serious than the one we’ve just been through,” said Stephen Holgate, a professor and co-lead author of a report by Britain’s Academy of Medical Sciences.

“This is not a prediction, but it is a possibility,” Holgate told an online briefing. “Deaths could be higher with a new wave of COVID-19 this winter, but the risk of this happening could be reduced if we take action immediately.”

The United Kingdom’s current death toll from confirmed cases of COVID-19 is around 45,000, the highest in Europe.

Belgium, which has reined in the coronavirus after becoming the worst-hit mid-sized country in the world, reported zero new coronavirus-related deaths in 24 hours on Tuesday for the first time since March 10.

As in many European countries that were hard-hit by the pandemic in March and April, Belgium sharply reduced infections by imposing a lockdown, which is now being lifted.

The total number of deaths reported by the national public health institute Sciensano remained at 9,787. In the country of 11.5 million people, that works out to around 850 deaths per million, the worst in the world apart from the tiny city state of San Marino. The peak daily death toll was 343 on April 12.

Bastille Day with a difference

France held a scaled-down annual Bastille Day celebration on Tuesday, with none of the usual tanks and troops parading down Paris’s Champs Elysees avenue, in a concession to the COVID-19 epidemic still stalking Europe.

Instead, President Emmanuel Macron, standing in the back of a military jeep, reviewed ranks of socially-distanced troops on the Place de la Concorde square after a flypast by military aircraft.

“I wish, with all the French, with the armies themselves, to pay a vibrant tribute to health workers and those who, in all sectors, have enabled public, social and economic life to continue,” Macron said in message released ahead of the parade.