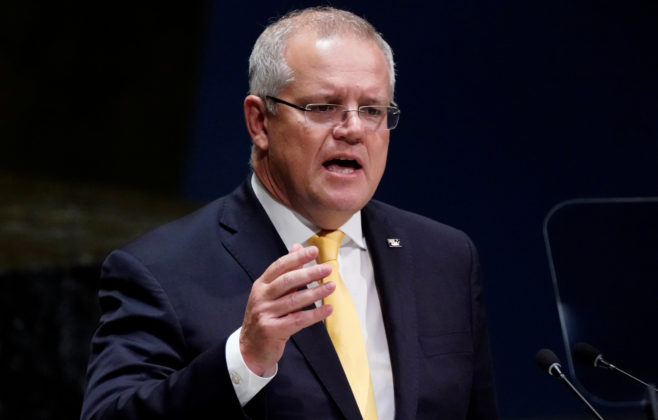 U.S. House of Representatives Speaker Nancy Pelosi said that Democrats in Congress are willing to cut their coronavirus relief bill in half to get an agreement on new legislation.

“We have to try to come to that agreement now,” Pelosi said in an online interview with Politico. “We’re willing to cut our bill in half to meet the needs right now.”

A senior House Democratic aide said Pelosi was reiterating a standing call by Democrats for the White House and Republicans to meet them “half way” on coronavirus relief.

The Democratic-led House passed legislation with more than $3 trillion in relief in May. Democrats offered this month to reduce that sum by $1 trillion, but the White House rejected it.

Britain plans to bring in regular, population-wide testing for the novel coronavirus so it can suppress its spread and limit restrictions that have crippled one of the worst-hit countries in the world.

Health Secretary Matt Hancock said the government was carrying out trials of a range of new, faster tests that can give instant results and hoped to roll them out towards the end of the year.

Prime Minister Boris Johnson’s government has been heavily criticized for its handling of the pandemic, with critics saying it was too slow to go into lockdown and too slow to roll out testing to know how far the virus had spread.

South Korea reported its highest daily rise in novel coronavirus cases since early March as outbreaks from churches around the capital spread, prompting a warning of a nationwide wave of infections.

The 297 new infections mark the sixth straight day of triple-digit increases in a country that has managed to blunt several previous outbreaks.

At least 166 of the new infections are linked to the Sarang Jeil Church, taking the number of cases from it to 623.

Some members of the church, which is run by a radical conservative preacher, are reluctant to come forward and get tested, or to self-isolate, officials have said.

A New Zealand court found the first nine days of a hard lockdown put in place by the government this year requiring people to isolate at home was justified, but unlawful, as an order imposing stay-at-home restrictions was not passed until April 3.

“In the end, the measures taken by the government worked to eliminate COVID-19, save lives and minimize damage to our economy,” Attorney General David Parker said after the ruling.

Prime Minister Jacinda Ardern said on Wednesday she would increase the number of defense personnel at quarantine facilities and borders to beat any spread of the virus, as five new cases in the community were reported.

A warning from the Pope

Rich countries should not hoard a coronavirus vaccine and should only give pandemic-related bailouts to companies committed to protecting the environment, helping the most needy and the “common good”, Pope Francis said on Wednesday.

The World Health Organization said on Tuesday that any nation that hoards possible vaccines while excluding others would deepen the pandemic.

“The pandemic is a crisis and one never exits from a crisis returning to the way it was before,” Francis said.