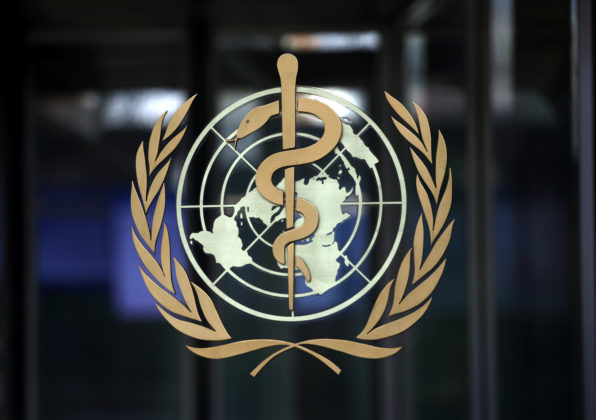 FILE PHOTO: A logo is pictured on the headquarters of the World Health Orgnaization (WHO) ahead of a meeting of the Emergency Committee on the novel coronavirus (2019-nCoV) in Geneva, Switzerland, January 30, 2020. REUTERS/Denis Balibouse/File Photo

GENEVA (Reuters) – An advance team from the World Health Organization (WHO) has left for China to organise an investigation into the origins of the novel coronavirus which sparked the global pandemic, a spokeswoman said on Friday.

The virus is believed to have emerged in a wholesale market in the central Chinese city of Wuhan late last year, since then closed, after jumping the species barrier from the animal kingdom to infect humans.

The two WHO experts, specialists in animal health and epidemiology, will work with Chinese scientists to determine the scope and itinerary of the investigation, WHO spokeswoman Margaret Harris said, declining to name them.

“They have gone, they are in the air now, they are the advance party that is to work out the scope,” she told a briefing.

This would involve negotiations on issues including the composition of the fuller team, she added.

“One of the big issues that everybody is interested in, and of course that’s why we’re sending an animal health expert, is to look at whether or not it jumped from species to a human and what species it jumped from,” Harris said.

“We know it’s very, very similar to the virus in the bat, but did it go through an intermediate species? This is a question we all need answered,” she said.

U.S. President Donald Trump and Secretary of State Michael Pompeo have said it may have originated in a laboratory in Wuhan, although they have presented no evidence for this and China strongly denies it. Scientists and U.S. intelligence agencies have said it emerged in nature.

“If there was wrongdoing – and we may never know that for sure – it will be very hard to uncover,” Lawrence Gostin, a professor at Georgetown Law in Washington, D.C., told Reuters.

“The wet market was closed immediately. There is no independent record, evaluation or investigation of a potential zoonotic source, so it will be very hard to go back and piece together,” he said.

(Reporting by Stephanie Nebehay in Geneva and Michael Shields in Zurich; Editing by Angus MacSwan and Gareth Jones)