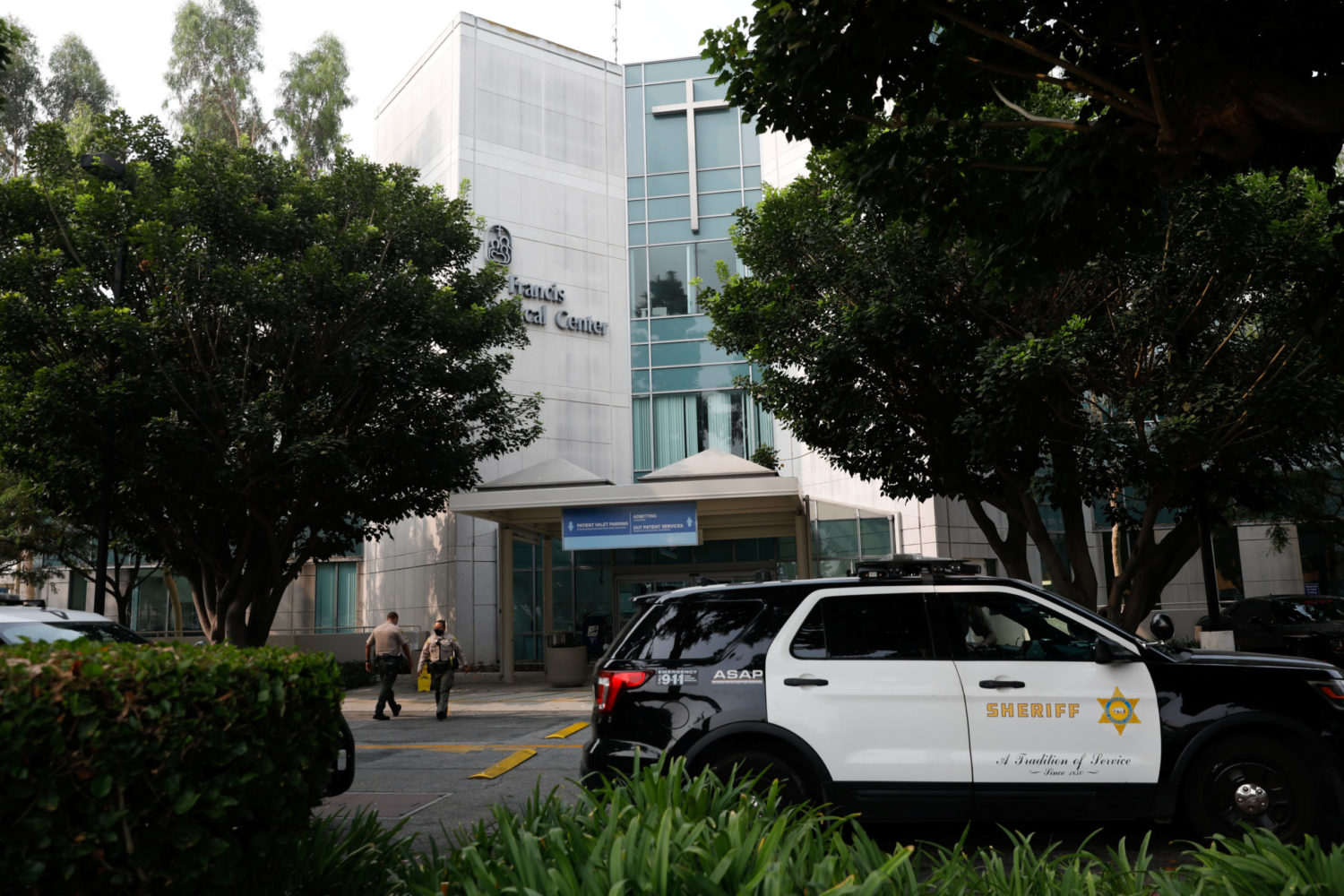 (Reuters) – As the manhunt for the lone gunman who ambushed and shot two Los Angeles County sheriff’s deputies enters its third day, authorities are offering a $100,000 reward for information that leads to an arrest and conviction.

Video footage of the shooting showed a man walk up to a parked patrol car on Saturday evening at a transit station in the Compton community and fire a pistol into the passenger side of the squad car. The man then ran away.

Both deputies received critical head wounds, but both are expected to survive, police said. The deputies are described as a 31-year-old female officer who is a mother and a 24-year-old man, police said.

“We’ll see what the long-term impact is. We don’t know that yet, but they survived the worst,” Los Angeles County Sheriff Alex Villanueva told reporters on Sunday.

“We would like to offer our sincerest appreciation for the overwhelming support being offered from all over the Nation,” he wrote on Twitter.

The reward was offered late Sunday by the Los Angeles County Board of Supervisors.

A few demonstrators gathered overnight Saturday outside St. Francis Medical Center in Lynwood where the deputies were being treated, according to social media video and the sheriff’s department, blocking the entrance and chanting anti-police slogans.

Two people were later arrested, including a journalist who was later released.

The description of the shooter still remains vague.

“At this point we have a very, very generic description of a dark-skinned male and that came from one of the victims,” Captain Kent Wegener told a news conference Sunday.

President Donald Trump retweeted the video early on Sunday and wrote: “Animals that must be hit hard!”

Later, referring to the deputies, Trump tweeted: “If they die, fast trial death penalty for the killer. Only way to stop this!”

Former Vice President Joe Biden, Trump’s Democratic rival in for Nov. 3 presidential election, called for the gunman to face “the full brunt of the law.”

(Reporting by Rich McKay in Atlanta) 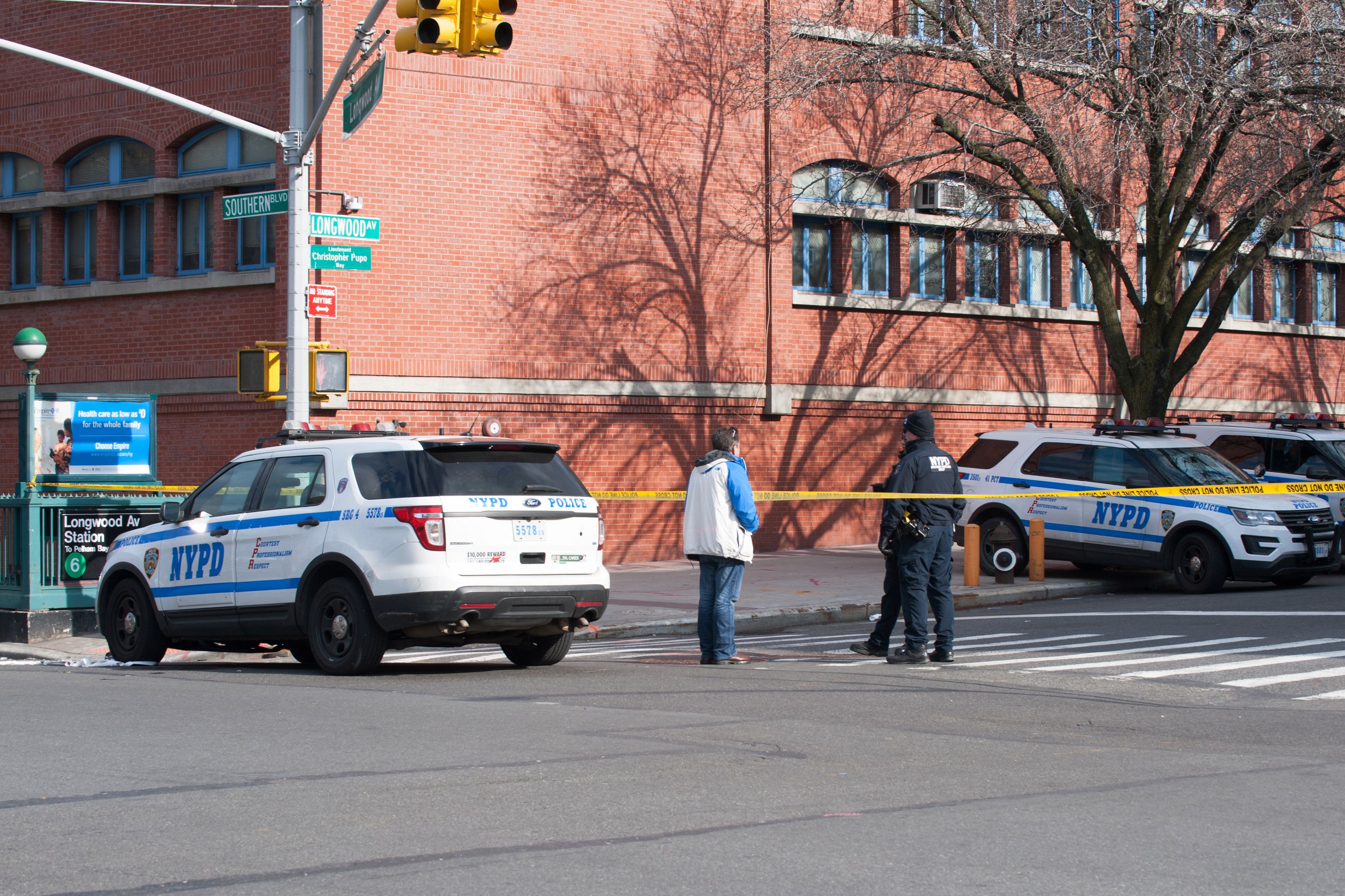 (Reuters) – A gunman opened fire inside a New York City police station on Sunday, striking a lieutenant in the arm, some 12 hours after he had ambushed a patrol van in the same neighborhood, wounding an officer, police said.

The gunman was arrested at the police station. The two officers were being treated in hospital and were expected to fully recover from their wounds, officials said at a news conference.

The gunman, whose name has not yet been released by authorities, entered the 41st Precinct headquarters in the Bronx borough just before 8 a.m. (1300 GMT), pulled out a .9mm hand gun and started firing at the front desk where several officers stood, officials said.

He then walked into an area next to the desk and fired several rounds at point blank range at several more officers and a civilian staffer, Police Commissioner Dermot Shea said.

“It is only by the grace of God and heroic actions of those inside the building who took him into custody that we are not talking about police officers murdered,” he said.

“This coward immediately laid down but only after he ran out of bullets,” Shea said.

A lieutenant, who returned fire, was shot in the upper left arm.

On Saturday night a uniformed police officer who was sitting in his police van with his partner was shot by the same gunman, police said. He walked up to the vehicle and began a conversation with the two officers in the vehicle before suddenly opening fire, striking one policeman in the chin and neck, police said.

The officers did not return fire. The wounded officer’s partner got in the driver’s seat and drove him to the hospital.

(Reporting by Brendan O’Brien in Chicago; editing by Grant McCool) 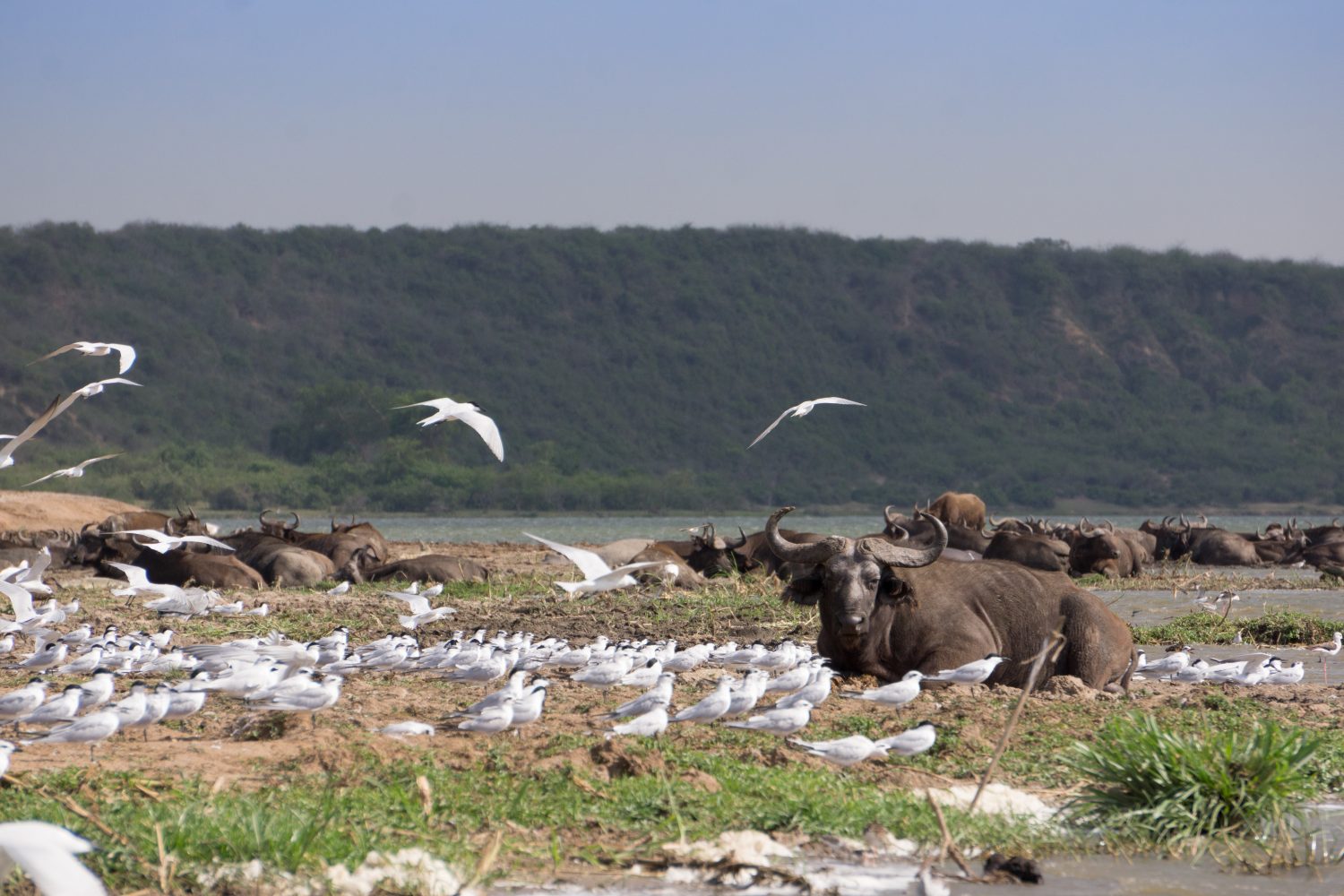 KAMPALA (Reuters) – An American woman who was kidnapped with her driver at Uganda’s most popular wildlife park by gunmen had failed to take an armed ranger as required by the park’s regulations, a spokesman for the country’s wildlife authority said on Thursday.

An elderly couple also at the scene were not taken and raised the alarm.

Various illegal groups from Somali militant Islamists to Congolese-based rebels sometimes operate in Uganda, but the kidnappers’ identity was not known.

“We have armed ranger guides, if you’re going out on a drive in the park you’re supposed to have one but these tourists went out on their own without a guard,” Bashir Hangi, spokesman for the state-run Uganda Wildlife Authority (UWA), told Reuters.

“From their camp in the park, they just got into a vehicle and went out. They should have notified us and informed us that they’re going out for a game drive and then we would have availed them a guard but they didn’t do this.”

California-based Endecott and the couple entered Uganda on March 29 and flew the next day to the park in the country’s southwest, the spokesman added.

There was no immediate comment on the progress of the investigation by Ugandan authorities.

A U.S. Border Patrol agent and his partner were attacked in the Big Bend Sector of Culberson County in Texas.  Agent Rogelio Martinez died this morning from his injuries sustained in the attack,while his partner,who has not been identified, is still hospitalized in serious condition.  According to press releases, there was no gunfire involved in the incident.  Both men sustained blunt force trauma to the head.

Agent Martinez, 36 had been a border patrol agent since August 2013.  He and his partner were responding to activity while on patrol near interstate 10 in the Van Horn station area. The region’s mountains and the Rio Grande do not offer the best crossing opportunities for illegal immigrants crossing into the United States from Mexico.  The Border Patrol records show that the Big Bend area only accounted for only about  1 percent of the more than 61,000 apprehensions that have been made along the Southwest border from October 2016 to May 2016.. 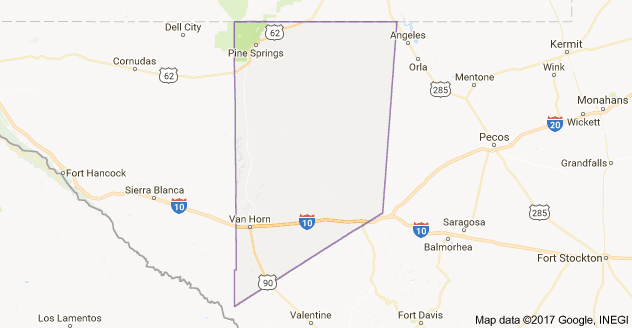 After the attack, Agent Martinez’s partner was able to report that they were both injured and needed assistance.  When discovered, the two were transported to a local hospital.  Border Patrol agents and the Culberson county Sheriff’s Department secured the scene and are searching for witnesses or potential suspects. The investigation has since been turned over to the FBI.

According to a news report with  NBC news, Chris Cabrera, a spokesman for the National Border Patrol Council labor union and a patrol agent, said the Martinez was hit several times in the head with a blunt object, possibly a large rock.

“We’ve had agents, a good friend of mine actually almost lost his eye. It happens quite a bit, unfortunately,” Cabrera said, adding that patrol vehicles, including helicopters, have been damaged by the throwing of rocks.

Cabrera said the type of rocks that agents are struck with are large in size, approximately as big as a grapefruit or softball. Border Patrol agents have also reported the use of Concrete blocks.

Fox news reported that although few details about the incident have been released, Brandon Judd, the president of the National Border Patrol Council, told Fox News on Monday it appeared Martinez and the second agent were “ambushed” by a group of illegal immigrants.

“We don’t know exactly what happened because we weren’t there. However, just from agents that were working in the area, reports are saying it was an attack and it would appear to be an ambush,” Judd said.

As of Monday afternoon no suspects have been apprehended.

The attack compelled a tweet from President Trump saying,

“Border Patrol Officer killed at Southern Border, another badly hurt. We will seek out and bring to justice those responsible. We will, and must, build the Wall!”

Last year,  Border Patrol Chief Mark Morgan first revealed an increase of attacks in October and November of last year during testimony before the U.S. Senate Homeland Security Committee, where there had been a total of 149 incidents of illegals assaulting guards,  Acknowledging the more that 200 percent increase in assaults on agents this year, Morgan testified that Border Patrol agents are “the most assaulted federal law enforcement (agents) in the United States. More than 7,400 Border Patrol agents have been assaulted since 2006. That rose in  2016 by 20%, and year-to-date, we’re seeing an increase of assaults of 200% from the previous year-to-date. It’s a dangerous job.”