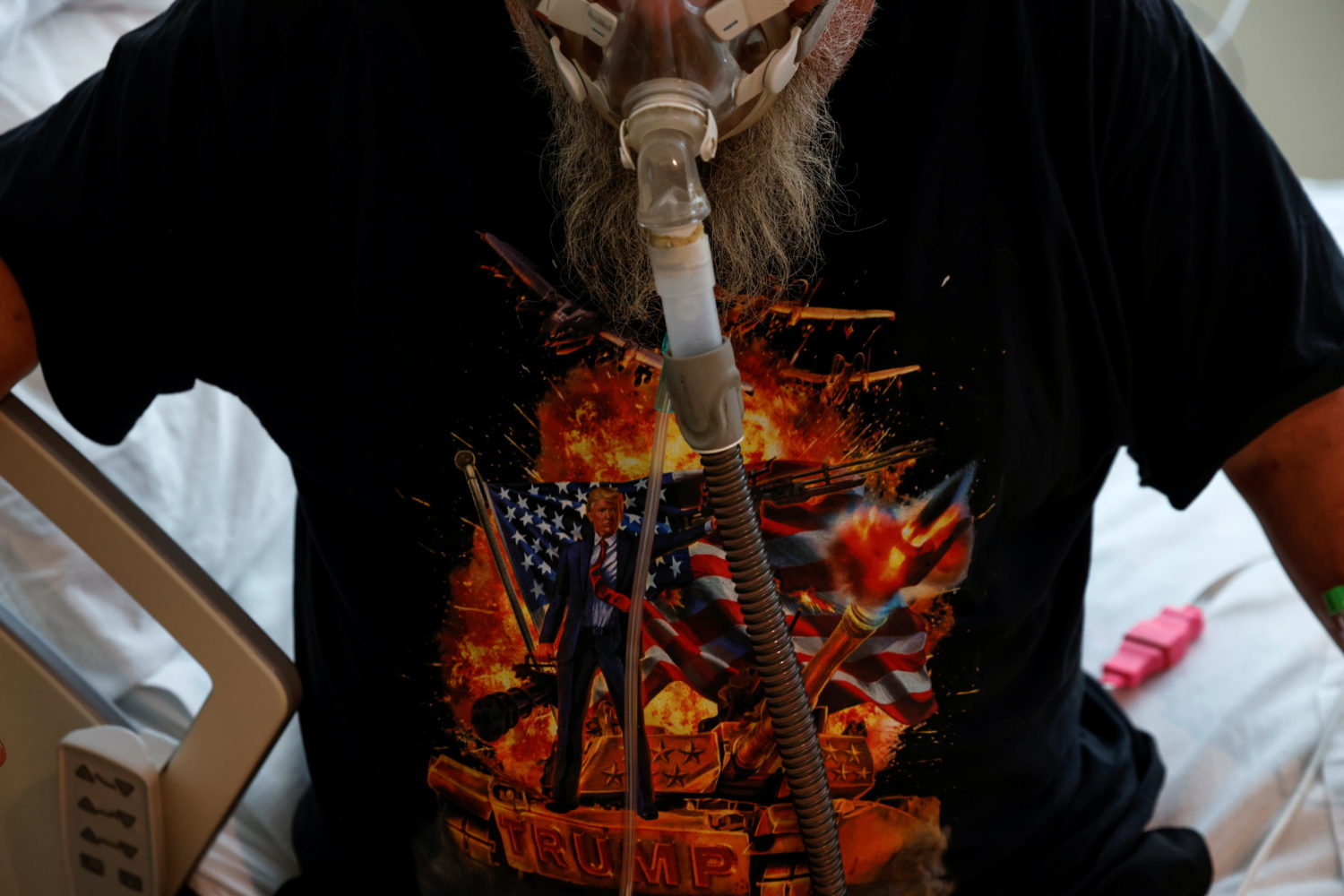 (Reuters) – As the resurgent COVID-19 pandemic burns through the rural U.S. state of Idaho, health officials say they don’t have enough tests to track the disease’s spread or sufficient medical workers to help the sick.

It’s not for want of funding.

The state’s Republican-led legislature this year voted down $40 million in federal aid available for COVID-19 testing in schools. Another $1.8 billion in pandemic-related federal assistance is sitting idle in the state treasury, waiting for lawmakers to deploy it.

Some Idaho legislators have accused Washington of overreach and reckless spending. Others see testing as disruptive and unnecessary, particularly in schools, since relatively few children have died from the disease.

“If you want your kids in school, you can’t be testing,” said state Representative Ben Adams, a Republican who represents Nampa, a city of about 100,000 people in southwestern Idaho.

Meanwhile, the state is reporting the fifth-highest infection rate in the United States, at 369 confirmed cases per 100,000 people, according to the U.S. Centers for Disease Control and Prevention.

Schools in at least 14 of Idaho’s 115 districts, including Nampa, have had to close temporarily due to COVID-19 outbreaks since the start of the year, according to Burbio, a digital platform that tracks U.S. school activity.

Idaho’s experience illustrates how political ideology and polarization around the COVID-19 epidemic have played a role in the decision of mostly conservative states to reject some federal funding meant to help locals officials battle the virus and its economic fallout.

For example, Idaho was one of 26 Republican-led states that ended enhanced federally funded unemployment benefits before they were due to expire in September. Gov. Brad Little claimed that money was discouraging the jobless from returning to work. At least six studies have found that the extra benefits have had little to no impact on the U.S. labor market.

Idaho has also rebuffed $6 million for early-childhood education, as some Republicans in the state said mothers should be the primary caretakers of their children.

The state also did not apply for $6 million that would have bolstered two safety-net programs that aid mothers of young children and working families. Little’s administration said it had enough money already for those programs.

Idaho has accepted some federal COVID-19 help. In fact, the rejected funds are just a small portion of the nearly $2 billion in federal relief Idaho has spent since March 2020 to fight the virus and shore up businesses and families, state figures show.

But hundreds of millions more remain untouched. Idaho has deployed just $780 million, or 30%, of the $2.6 billion it received under the federal American Rescue Plan Act, signed into law in March.

Neighboring Washington state, by contrast, has parceled out nearly three-quarters of the $7.8 billion it received under that legislation. Washington has recorded roughly 60% as many cases per capita as Idaho since the start of the pandemic, according to the U.S. Centers for Disease Control and Prevention.

Some in Idaho are exasperated that a state of just 1.8 million people would turn down a dime of assistance when it’s struggling to tame the pandemic.

With no testing in place, nurses in Nampa schools rely mainly on parents to let them know when a child is infected, the district’s top nurse, Rebekah Burley, told the school board in September. She said she needed three or four more staffers to track existing cases and attempt to keep people quarantined.

“We’re tired, we are stressed, and something needs to change,” she said.

The refusal by red states to accept some types of federal aid that would benefit their constituents isn’t new.

For example, a dozen Republican-controlled states have rejected billions of dollars available through the landmark 2010 Affordable Health Care Act to cover more people under the Medicaid health program for the poor, which is jointly funded by the federal government and the states. Lawmakers from these places contended their states couldn’t afford to pay their share of an expansion. (Idaho initially was among them, but its voters opted in to the Medicaid expansion through a 2018 ballot referendum, bypassing state leaders.)

That same dynamic has played out during the coronavirus crisis. Since March 2020, Congress has approved six aid packages totaling $4.7 trillion under Republican and Democratic administrations, including the bipartisan CARES Act in March 2020 and the Democratic-backed American Rescue Plan Act this year.

Florida and Mississippi didn’t apply for benefits that would give more money to low-income mothers of young children. Four states, including Idaho, North Dakota and Oklahoma, opted not to extend a program that provided grocery money to low-income families with school-age kids in summer months.

Republican lawmakers in Idaho, like those elsewhere, cite concerns about local control, restrictive terms attached to some of the aid, and the skyrocketing national debt.

“We are chaining future generations to a lifetime of financial slavery,” said Adams, the Idaho legislator.

Yet even before the pandemic, Idaho long relied on Washington for much of its budget. Federal funds account for 36% of state spending in Idaho, according to the National Association of State Budget Officers, above the national average of 32%.

State officials say they have enough money to handle the COVID-19 crisis for now.

Critics say Idaho’s reluctance to use more federal aid is a symptom of its hands-off approach to COVID-19 safety. Few public schools require masks, and local leaders have refused to impose mask mandates, limits on indoor gatherings and other steps to contain the virus.

“There’s a lot of people in our legislature and some local officials who really have not taken this seriously,” said David Pate, the former head of St. Luke’s Health System, the state’s largest hospital network.

Idaho has one of the lowest vaccination rates in the nation, with only 55% of adults and teens fully immunized, compared to 67% nationally.

COVID-19 is pummeling Idaho even as cases have plunged in much of the nation. Intensive-care units statewide are full, forcing hospitals to turn away non-COVID patients. At least 627 residents died of the disease in October, well above the previous monthly death toll of last winter, records show.

Idaho received $18 million through the American Rescue Plan to hire more public-health workers, but lawmakers did nothing with that money this year.

Some local public health departments say they do not have enough staff to track the virus. “We have a lot of people doing two or three jobs right now,” said Brianna Bodily, a spokesperson for the public-health agency serving Twin Falls, a southern Idaho city of 50,000. The department is working with a 12% smaller budget than last year.

Such staff shortages have contributed to a backlog of test results statewide, which the Idaho Department of Health and Welfare says is hurting its ability to provide an up-to-date picture of the disease’s prevalence.

With funding bottled up in the state capitol, Little, the governor, announced in August that he would steer $30 million from a previous round of COVID-19 aid to school testing.

The Nampa school district has requested some of that money but has yet to set up a testing program, spokeswoman Kathleen Tuck said. Roughly 20% of the district’s students were not attending class regularly in the first weeks of the school year due to outbreaks, according to superintendent Paula Kellerer.

Nampa resident Jaci Johnson, a mother of two children, ages 10 and 13, said she and other parents have been torn over whether to send their children to class, due to the potential risk.

“Do we feed our kids to the lions, or do we keep them home and make them miserable?” Johnson said. 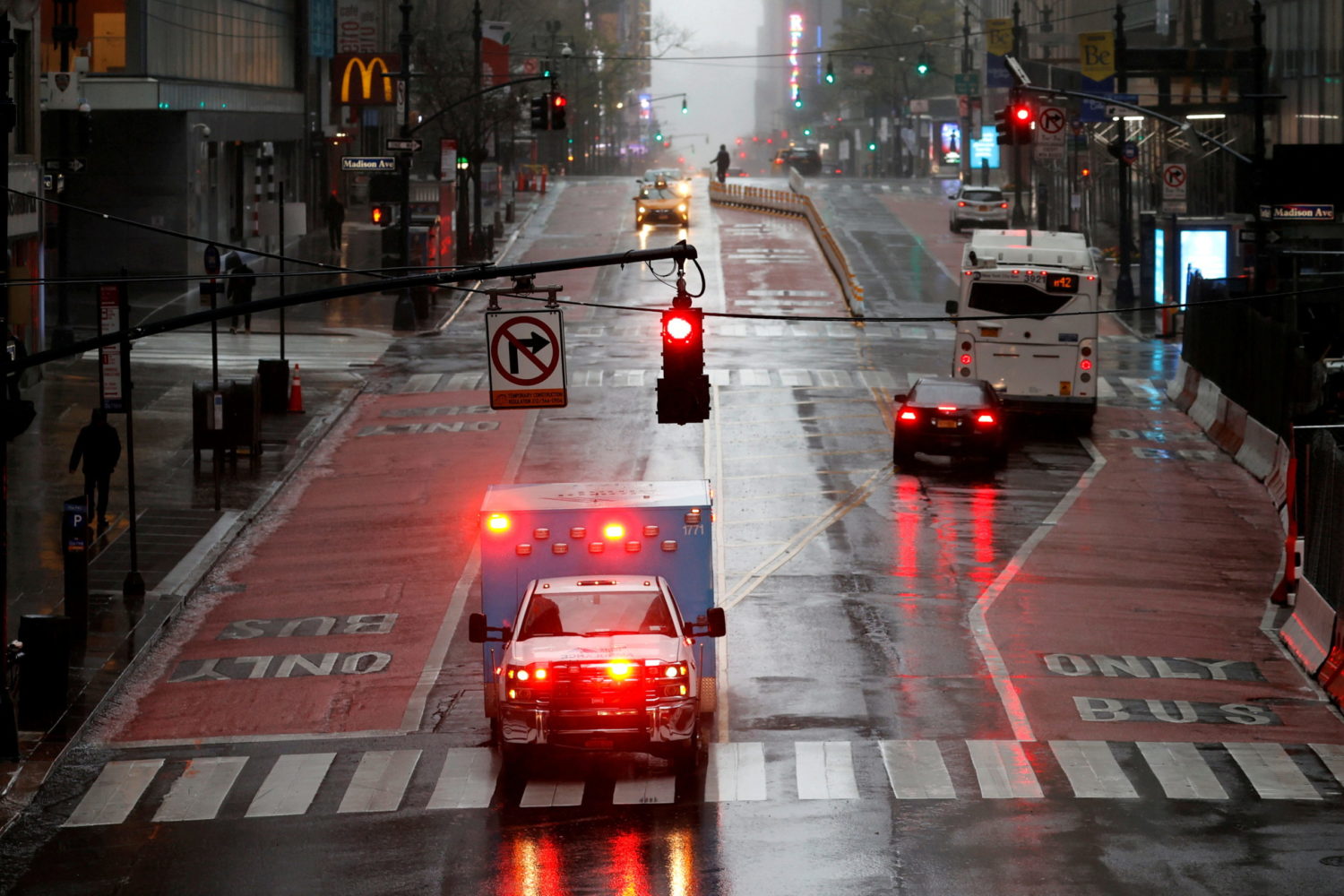 WASHINGTON (Reuters) -The Biden administration on Thursday released $3 billion in COVID-19 rescue funds aimed at helping localities bolster their economies in the wake of the pandemic, calling on communities to seek funding for a range of revitalization projects.

The funding, authorized by the $1.9 trillion American Rescue Plan Act, is part of President Joe Biden’s “Build Back Better” agenda to rebuild the nation after the novel coronavirus triggered widespread shutdowns and led to more than 600,000 U.S. deaths so far. The Democrat-backed bill was passed in March.

New funding will be available to communities nationwide through six programs run through the Department of Commerce targeting jobs, for instance, in tourism, the agency said in a statement.

“This investment will ensure that they have the resources to recover from the pandemic and will help create new jobs and opportunities, including through the development or expansion of a new industry sector,” the Commerce Department said.

Commerce Secretary Gina Raimondo told reporters the initiative could create as many as 300,000 jobs “in the near term.”

Of the total funding, $1 billion will be allocated for up to 30 localities that apply for money for up to eight community projects such as building infrastructure or training workers, it said.

There is also $100 million “specifically for Indigenous communities, which were disproportionately impacted by the pandemic,” the department added.

State and local governments, universities and colleges, nonprofit organizations, unions and tribes may apply for the funds, which must be awarded by September 2022, the Commerce Department said. For-profit companies and individuals are excluded.

Some $300 million in funding will also be set aside to aid hard-hit communities dependent on coal and other energy-sector work.