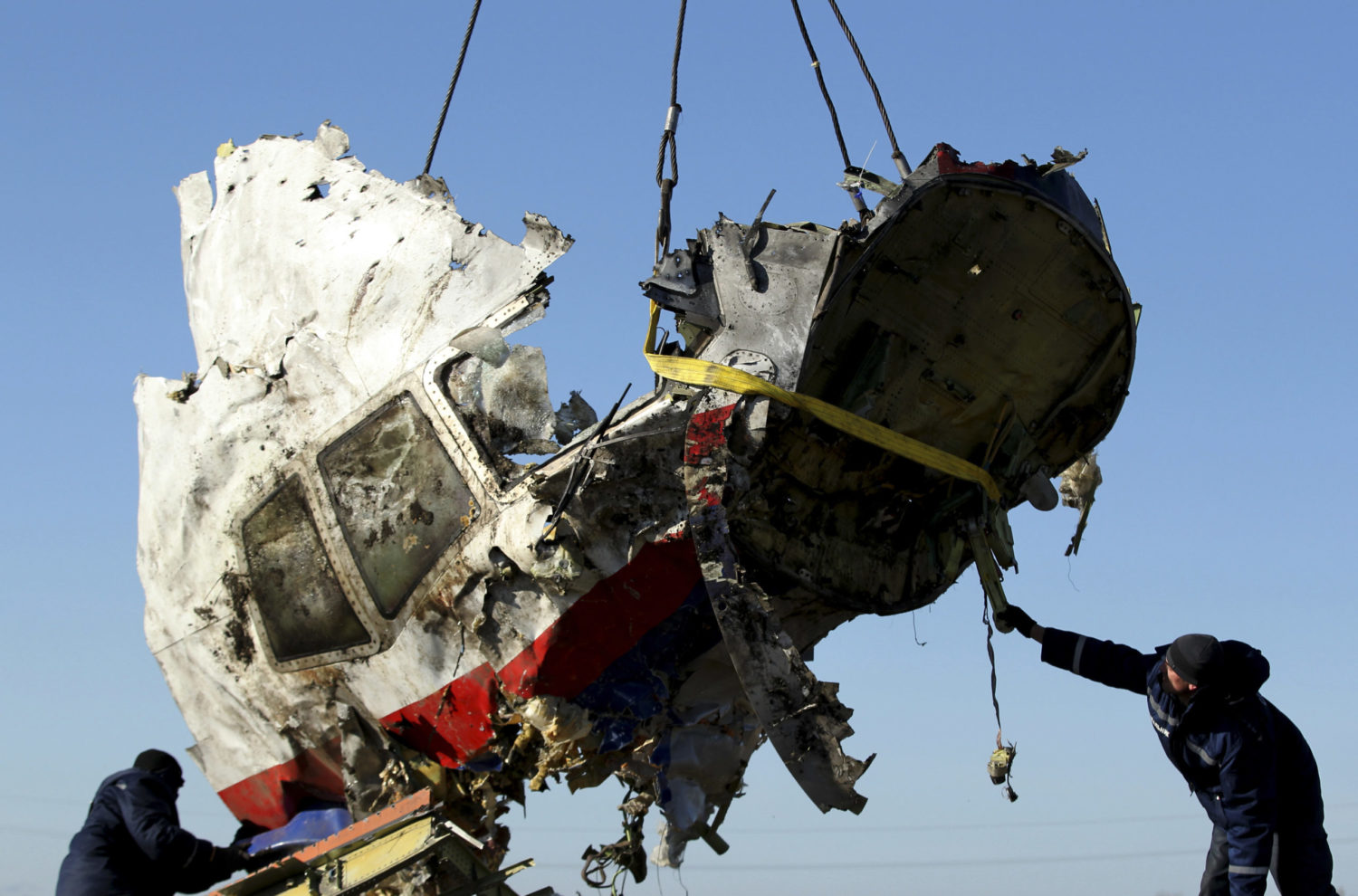 AMSTERDAM (Reuters) – A judge in the Dutch murder trial over the downing of a Malaysian airliner over rebel-held eastern Ukraine in 2014 said on Tuesday there was evidence the airplane was hit by an outside explosion caused by a Russian-made Buk missile.

Judges on Tuesday started reading out the evidence in the trial in the Netherlands against four fugitive suspects – three Russians and a Ukrainian citizen – accused of shooting down the plane on July 17 2014 and killing all 298 people on board.

Flight MH17 from Amsterdam to Kuala Lumpur crashed in a field in territory held by pro-Russian separatists fighting against Ukrainian forces after being shot down with what international investigators say was a Russian surface-to-air missile.

“Experts have stated that the impact on the hull [of the plane] is compatible with a Buk missile system and a Buk warhead. No damage was found that would not be compatible with that scenario, or that would indicate another scenario,” judge Hendrik Steenhuis said.

After years of collecting evidence, a team of international investigators concluded in May 2018 that the missile launcher used to shoot down the aircraft belonged to Russia’s 53rd Anti-Aircraft Missile Brigade.

The four suspects are standing trial in absentia. After a year of mostly procedural hearings, judges announced the start of the evidence phase on Monday.

This week the panel of judges will specifically look to determine what type of missile hit the airplane, where it was fired from and whether the four suspects can be held responsible.

“Today, it is about: was it a Buk missile or not?,” Hans de Borst, who lost his daughter in the crash, said before the hearing.

“I think the question is already answered but the court is now really answering it, so it’s important.” 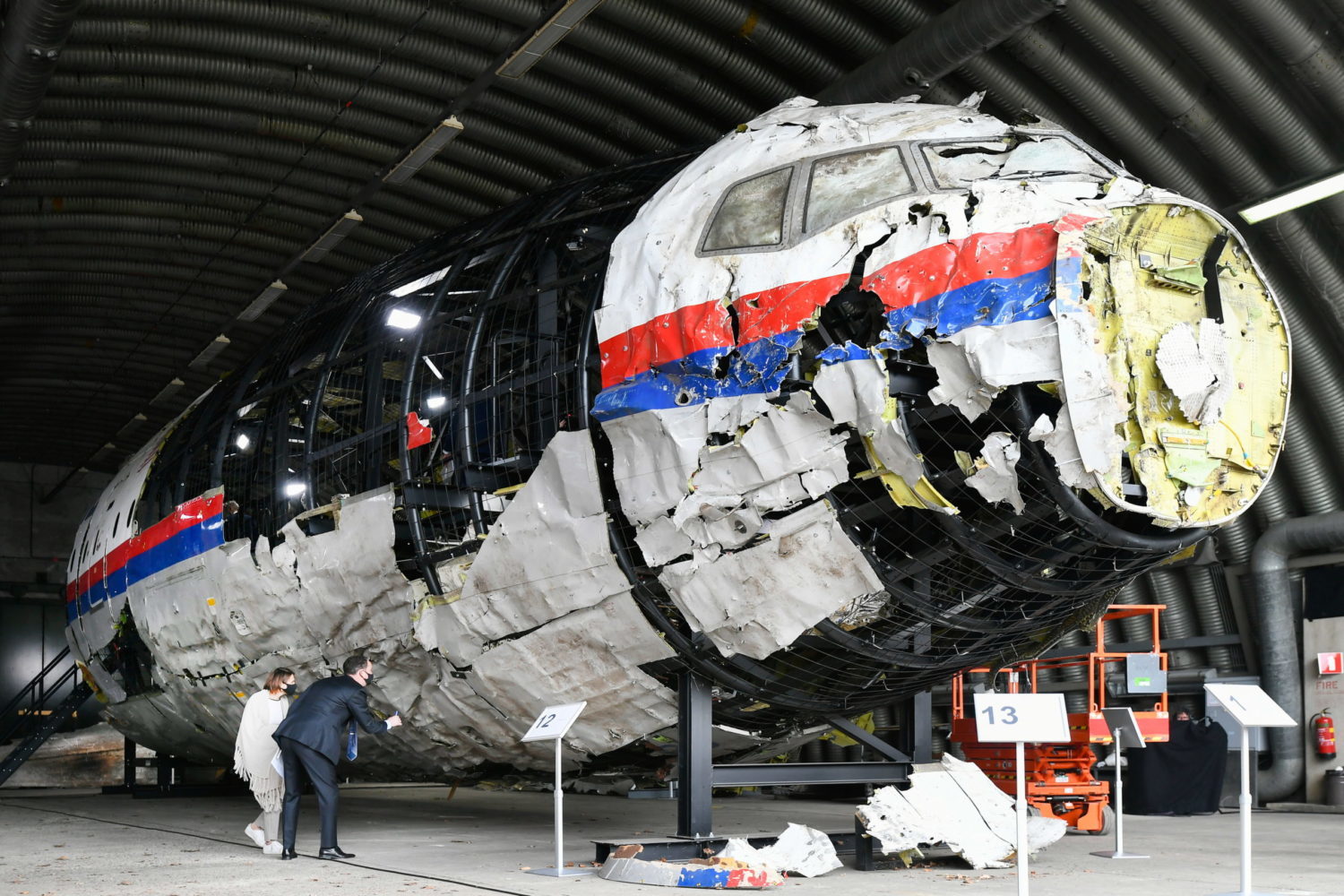 AMSTERDAM (Reuters) – Families of people who died in the 2014 downing of Malaysia Airlines flight MH17 said they were preparing to hear painful details when a critical stage of a trial over the crash starts on Monday.

MH17 was flying from Amsterdam to Kuala Lumpur when it was shot down by a missile fired from territory held by pro-Russian rebels during fighting with Ukrainian government troops, international investigators say.

All 298 people on board were killed, two-thirds of them Dutch nationals.

Dutch judges overseeing the murder trial of three Russians and a Ukrainian man accused of having responsibility for the downing will summarize evidence at the hearing in a high-security courtroom next to Amsterdam’s Schiphol airport.

“On the one hand we want to know exactly what happened, why it happened and who was responsible, but the price you pay for that is that there is also information released that could be shocking,” Piet Ploeg, a spokesman for the relatives, said.

“Eventually that should lead to getting justice and justice includes at least that we have an independent court rule on who was responsible,” he told Reuters. Ploeg lost his brother, sister-in-law and nephew in the crash.

After years of collecting evidence, a team of international investigators concluded in May 2018 that the missile launcher used to shoot down the aircraft belonged to Russia’s 53rd Anti-Aircraft Missile Brigade.

Prosecutors, who say the four defendants all held leading positions in pro-Russian militias operating in Ukraine, will present evidence and may call witnesses, court officials said.

None of the defendants are in custody. One, Russian Oleg Pulatov, is represented in the proceedings and has said he had no involvement in the crash.

The other three are being tried in absentia and have not appointed lawyers to represent them during the proceedings.

Prosecutors say the investigation into MH17 is still ongoing and they are looking at other possible suspects, including the people who manned the missile system and ordered its firing.

After the prosecution presents its view on the judges’ summary of the case file on June 17 and 18, the defense will have an opportunity to respond.

No date has yet been set for closing arguments, but the court said that victims’ families could address the judges directly about the impact of the crash on their lives in hearings in September. 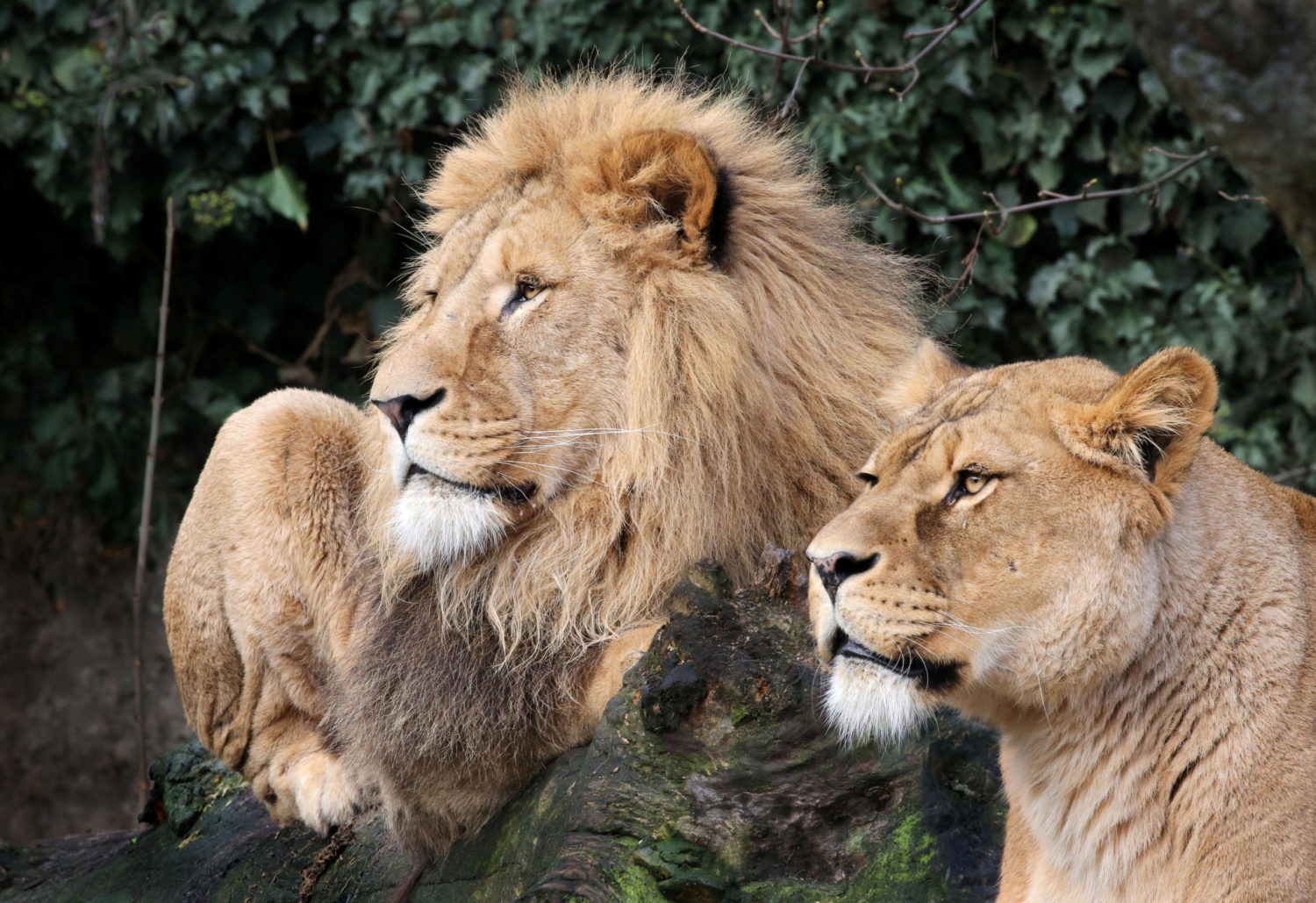 AMSTERDAM (Reuters) – Amsterdam’s zoo Artis, one of the oldest animal parks in Europe, said on Thursday it will stop keeping lions because it can’t afford them due to the financial fallout from the coronavirus pandemic.

“This was a difficult decision because the lions are part of Artis’s identity,” director Rembrandt Sutorius said in a statement.

Park attendance was down by 50% in 2020 and it is currently closed to the public entirely, with fixed costs of 60,000 euros per day and an accumulated budget shortfall of 20 million euros, Sutorius said in a statement.

Artis’s two lionesses and one lion will now travel as a group in mid-February to a zoo in France where they will have more space than they had enjoyed in Amsterdam.

The park said there was no chance the same lions would return after the pandemic ends, but it did not absolutely rule out the return of lions to the zoo in the future.

The concrete lion enclosure at Artis, considered cutting-edge when it was built in 1927 because it relied on a moat and wall, rather than bars, to keep the animals contained, had been scheduled for a 4 million euro rebuild before the virus crisis began last year.

Artis has kept lions since 1839, a year after it first opened to the public. 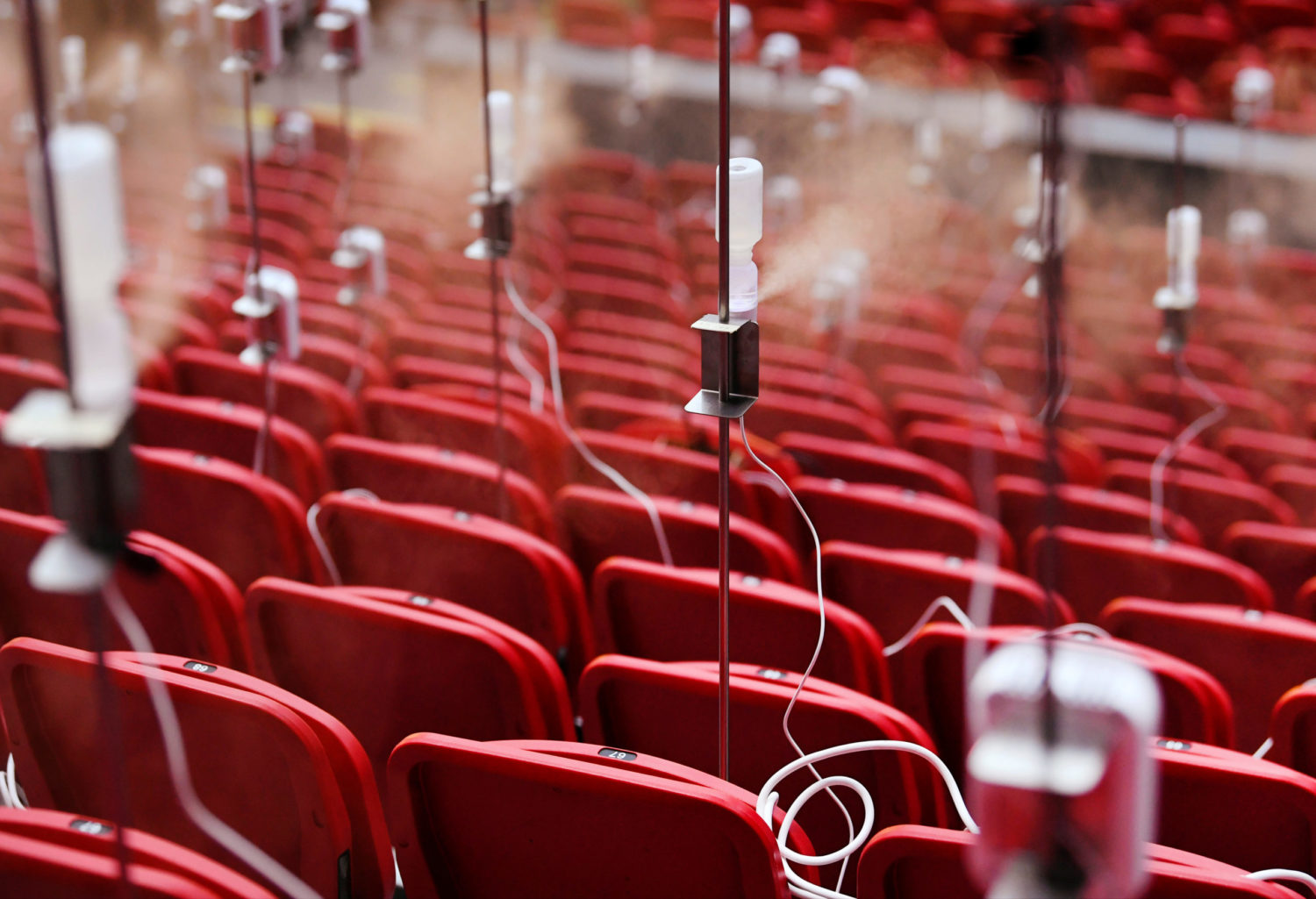 AMSTERDAM (Reuters) – Scientists are using the Netherlands’ largest football stadium to model how a cheering football crowd might spread aerosols through the air by spraying fine droplets, made to resemble saliva, over the empty stands.

Their hope is that by finding out more about the behavior of aerosols or airborne particles, which could spread the coronavirus within a crowd, they will be able to remove them from the air and get fans back into stadiums and concert halls.

“There is almost no information in scientific literature about the behavior of aerosols in this kind of environment”, lead researcher Bert Blocken told Reuters.

The tests are taking place at the Johan Cruyff Arena in Amsterdam, home of Ajax Amsterdam.

“We want to get a fundamental insight in the behavior of aerosols in a stadium filled with football supporters. By air cleaning technologies you can drastically reduce concentrations and make stadiums safe in terms of aerosol transmission of the virus,” he added.

There is growing consensus among scientists that transmission via aerosols plays a part in the spread of the novel coronavirus, although it is unclear to what extent.

The research could provide insight in how to minimize the concentration of aerosols and limit their epidemic risk, said Blocken, a professor in aerodynamics at the Technical University of Eindhoven.

A computer model will extrapolate the data gathered during weeks of testing to show the effects for a full capacity crowd of around 55,000.

Researchers also hope to get permission soon to experiment with a real crowd of 730 football fans, seated close together.

The final goal is to get capacity crowds back into stadiums, Blocken said, possibly through the use of large scale COVID-19 testing, face masks and ventilation.

That would be exactly what the Johan Cruyff Arena needs to survive, its director told Reuters.

“This is a very costly building, and the income is less than half of what is normal, so we are making a loss every month”, said Henk Markerink.

“We try to keep the ship afloat, but this shouldn’t take too long because in the end this cannot be financed.” 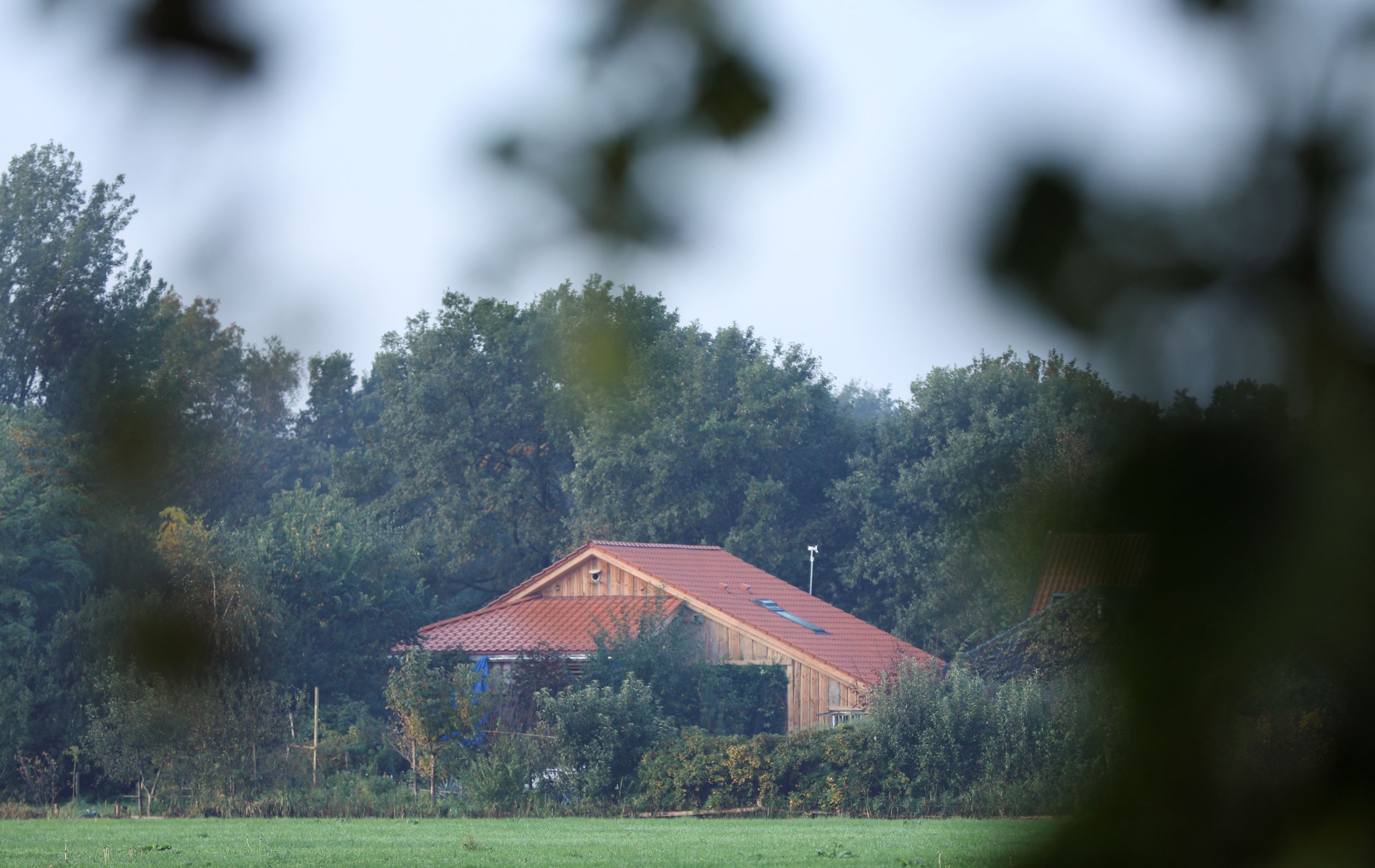 Police discovered six people, who claimed to be five siblings and their ailing father, at the farm in the north of the Netherlands on Monday after a tip from a man believed to be a brother who said he had escaped.

Police detained the 67-year-old man believed to be the father of the family on Thursday on charges of unlawful detention, a form of abuse and money laundering. The last charge related to a cache of cash discovered at the farm.

On Tuesday, a 58-year-old man who paid the rent on the farmhouse was taken into custody on similar charges.

“We have called in specialized help,” police spokesman Anthony Hogeveen said on Friday, adding that more than four days after the discovery of the family, investigators were still in the dark about how the family ended up in the room.

“This is an extraordinary situation. With a team of psychologists we are trying to understand what we see,” police chief Janny Knol said in a Dutch television interview.

Police said the children were never registered at birth and had never gone to school, both of which are required by law in the Netherlands. “Basically we know nothing of them,” Knol said.

The six people found in the locked room have been moved to accommodation in a holiday park.

The head of Amsterdam’s health service wants to see sugar become a substance regulated by the government.

“Just like alcohol and tobacco, sugar is actually a drug. There is an important role for government. The use of sugar should be discouraged. And users should be made aware of the dangers,” Paul van der Velpen wrote on the government’s official public health website. END_OF_DOCUMENT_TOKEN_TO_BE_REPLACED