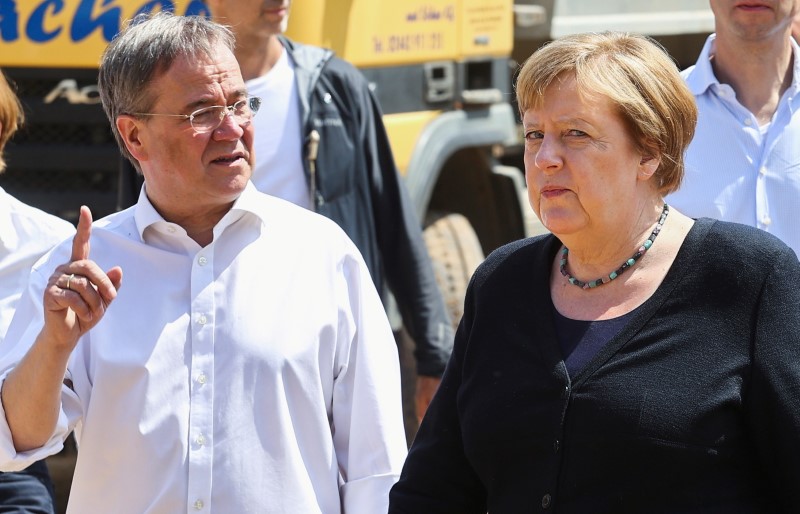 BERLIN (Reuters) -The German government will stop offering free coronavirus tests from Oct. 11 in a bid to encourage more people to get vaccinated amid concerns about a rise in new cases, sources close to talks with the federal states said on Tuesday.

Less than seven weeks before a federal election, Chancellor Angela Merkel and leaders of the 16 federal states met on Tuesday to discuss measures to avoid a new wave of infections, driven by the spread of the Delta coronavirus variant, and avert unpopular restrictions.

They agreed to end free testing for all except those for whom vaccination is not recommended, such as children and pregnant women, the sources said.

They hope that will encourage more people to get COVID-19 shots as unvaccinated people will then have to pay for the tests they need to be able to enter indoor restaurants, take part in religious ceremonies and do indoor sport.

Germany had made the tests free for all in March to help make a gradual return to normal life possible after months of lockdown. Although around 55% of Germans are fully vaccinated, the pace of inoculations has slowed.

In neighboring France, vaccinations jumped after President Emmanuel Macron unveiled a plan for citizens to have to show a health pass for many daily activities, although the plan has also triggered mass demonstrations.

“We want to and will test more to avoid a new lockdown,” Armin Laschet told the North Rhine-Westphalia assembly.

Hoping to become chancellor after the Sept. 26 election, Laschet is desperate to avoid new restrictions and said Germany should introduce incentives to encourage more people to get vaccinated and also ramp up compulsory testing.