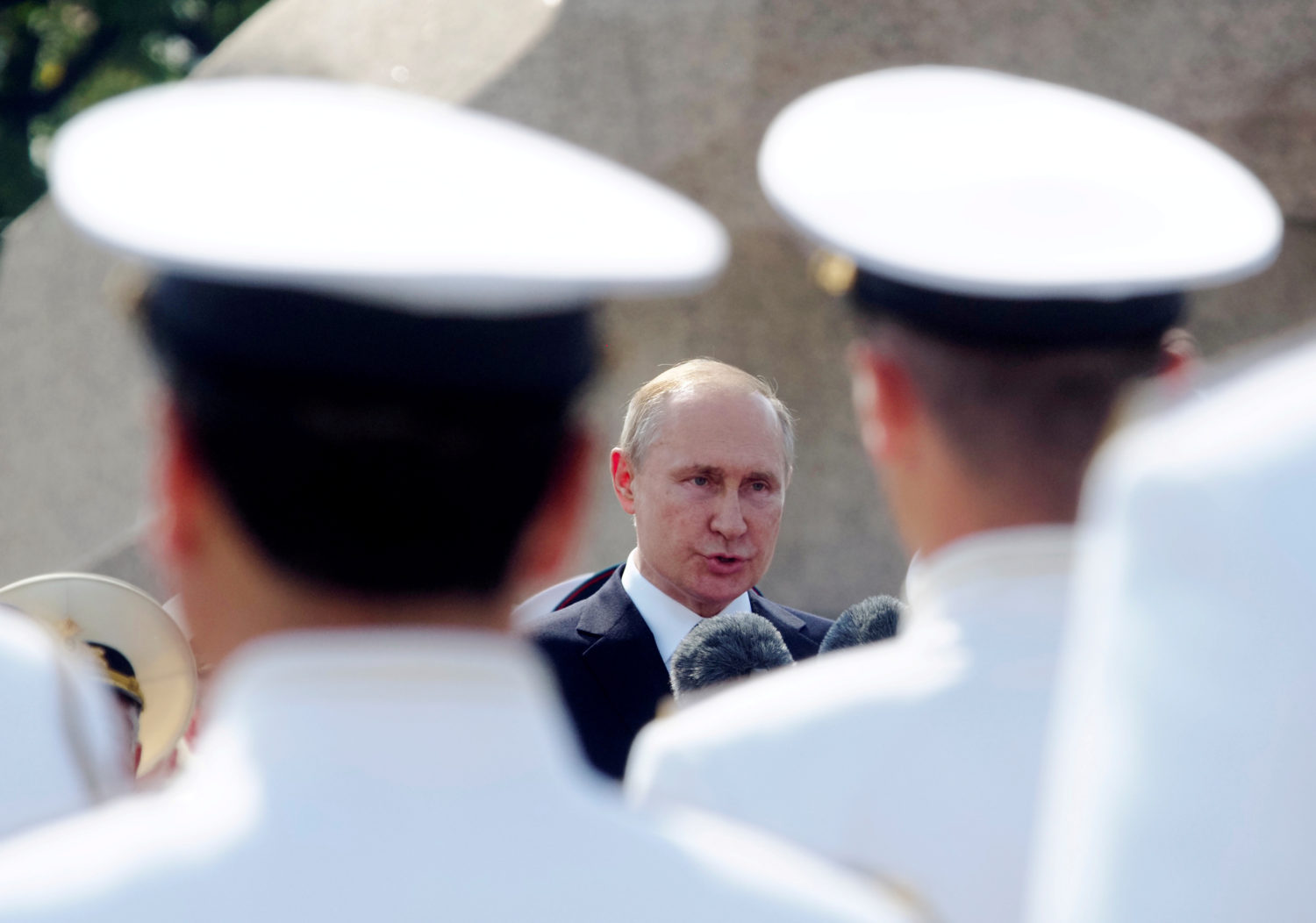 The announcement comes against the background of a rift with Western powers over Ukraine and fears of a burgeoning arms race following the demise of a landmark Cold War-era nuclear pact.

The Borei-A (Boreas) class submarine is named after a ruler of the medieval Kievan Rus, the territory in modern-day Ukraine from which the Russian state would later emerge.

The first upgraded 955A model to be produced in the Borei class is one of the centerpieces in President Vladimir Putin’s plans to upgrade the nuclear-powered fleet.

The Borei submarine project, which started shortly after the fall of the Soviet Union, had long been plagued by shortages of cash and failures during tests of the Bulava missile.

The global arms control architecture erected during the Cold War to keep Washington and Moscow in check has come under strain since the demise of the Intermediate-Range Nuclear Forces Treaty.

In August last year, the United States pulled out of the accord that banned the deployment of short and intermediate-range missiles, accusing Moscow of flouting it, something Russia denies.

The last major nuclear arms control treaty between Russia and the United States, the New START treaty, is due to expire in 2021. It limits the number of strategic nuclear warheads the world’s two biggest nuclear powers can deploy. 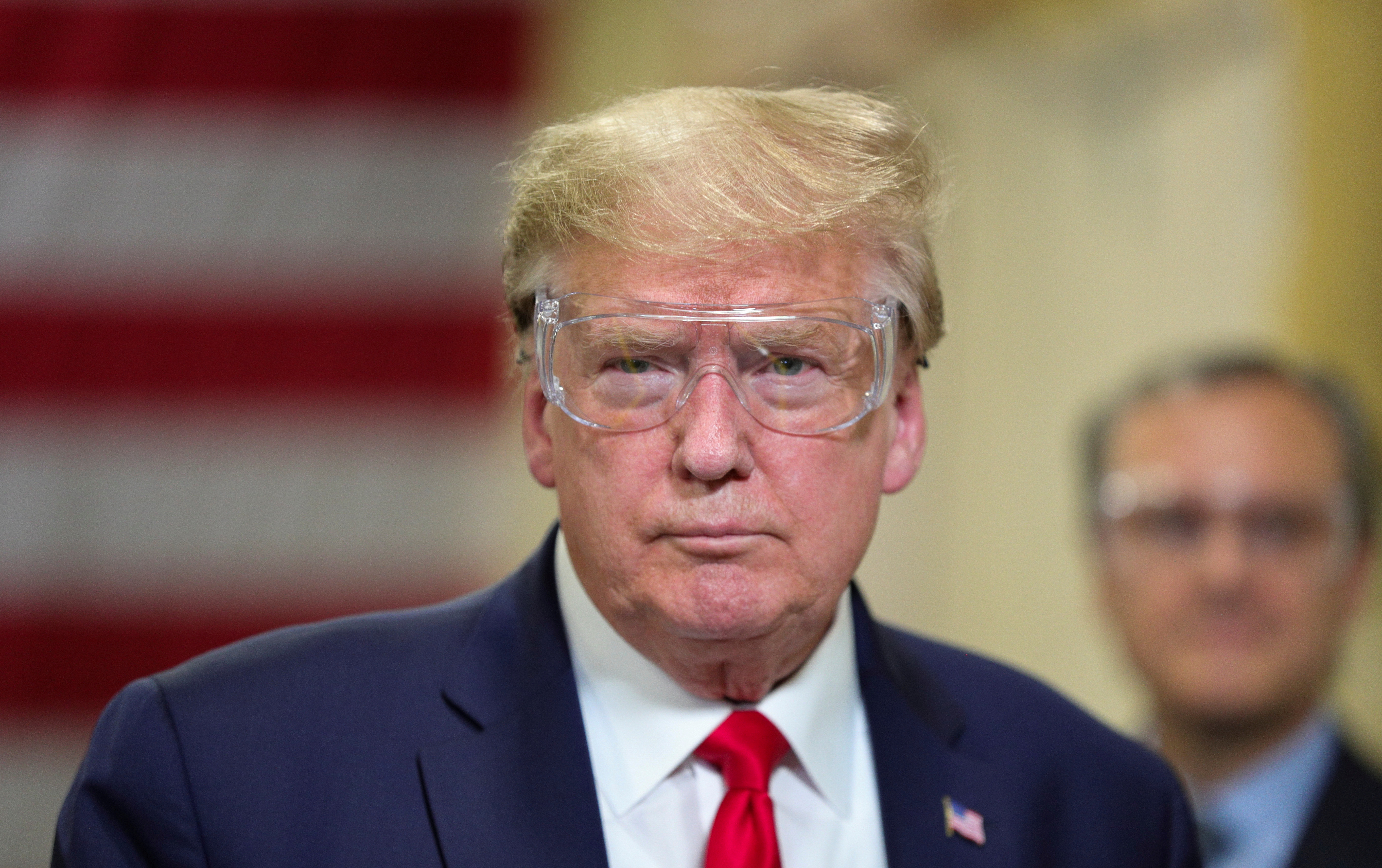 WASHINGTON (Reuters) – U.S. President Donald Trump spoke about the new coronavirus, arms control and other issues with Russian President Vladimir Putin on Thursday, reaffirming the U.S. desire for arms control that includes both Russia and China, the White House said.

“President Trump reaffirmed that the United States is committed to effective arms control that includes not only Russia, but also China, and looks forward to future discussions to avoid a costly arms race,” the White House said in a statement 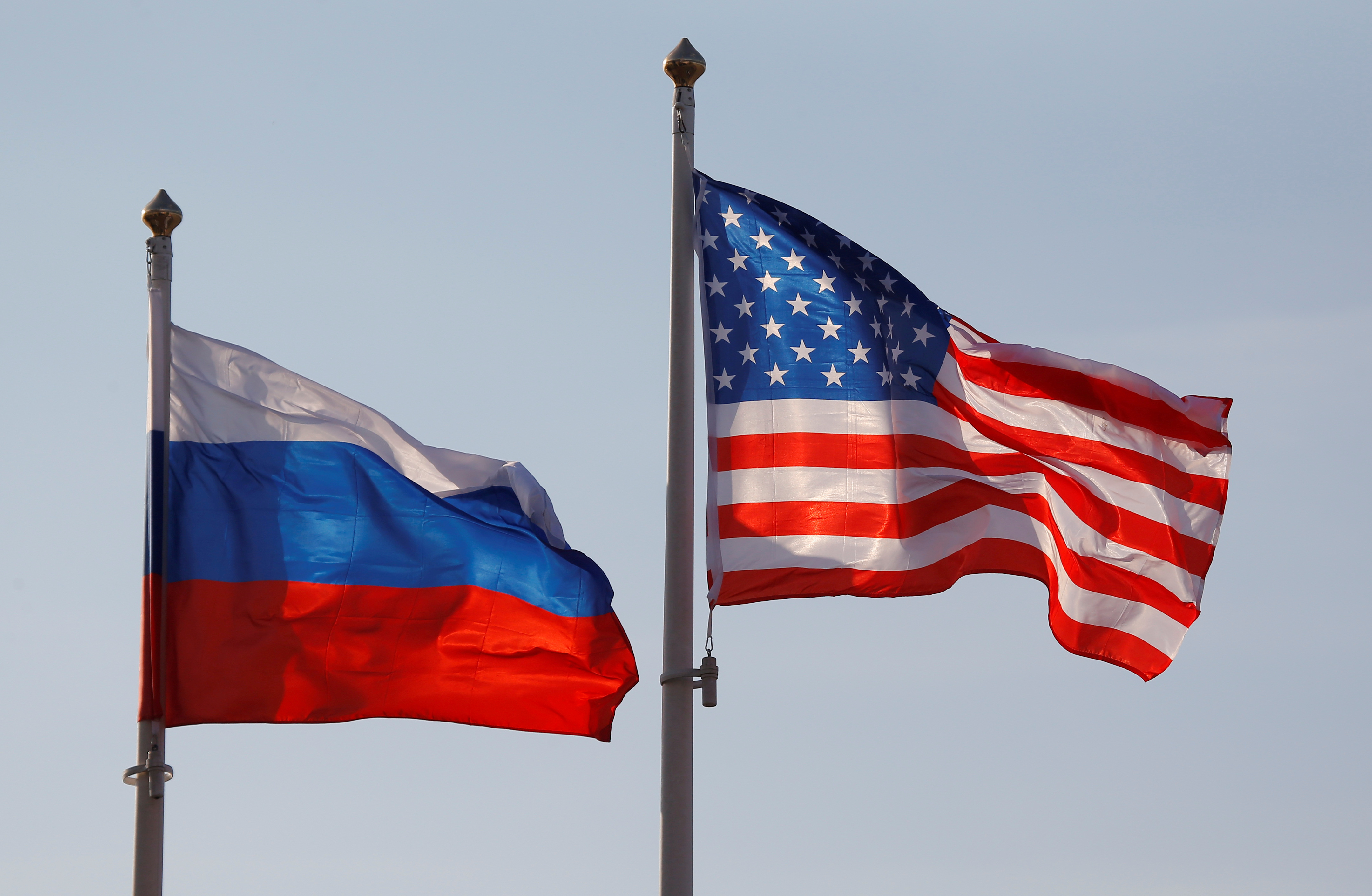 WASHINGTON (Reuters) – The United States has offered to hold talks on arm control issues with Russia on the sidelines of a United Nations meeting in Beijing next week, a senior State Department official said on Thursday.

Under Secretary of State Andrea Thompson told reporters the talks almost certainly would include a dispute over a Cold War-era treaty limiting intermediate-range missiles.

Washington has pledged to withdraw from the pact because of what it charges is the deployment by Moscow of a new cruise missile that violates the Intermediate-Range Nuclear Forces Treaty (INF Treaty).

Moscow has denied that the missile in question, the Novator 9M729 (called the SSC-8 by NATO), violates the agreement, which bars either side from stationing short- and intermediate-range, land-based missiles in Europe.

Moscow says the missile’s range keeps it outside of the treaty and has accused the United States of inventing a false pretext to leave an accord it wants to exit anyway to develop its own new missiles.

Thompson said the United States has presented Russia with a proposal for a “verifiable” test of the missile’s range but Moscow has not embraced the plan. 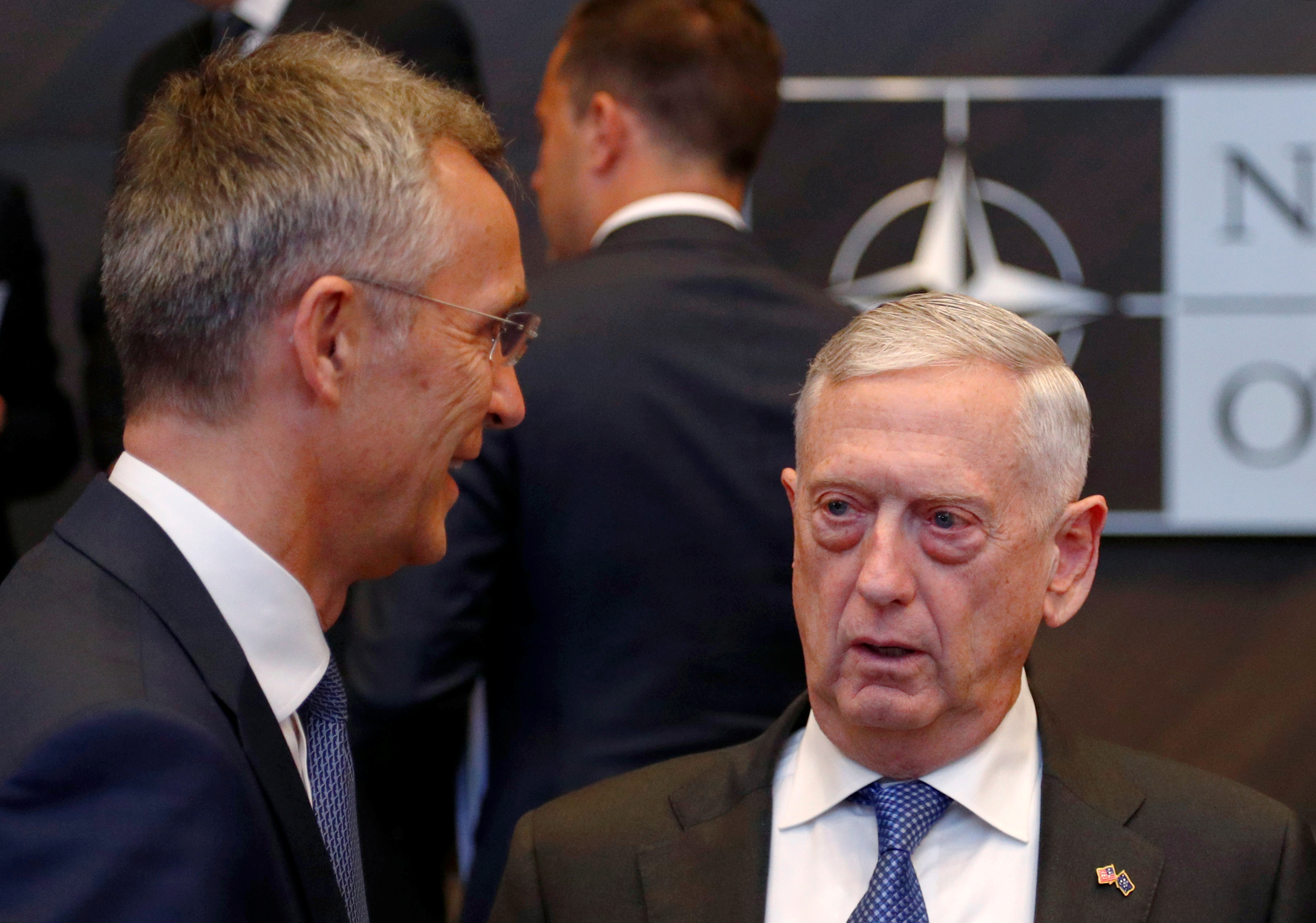 BRUSSELS (Reuters) – U.S. Defense Secretary Jim Mattis said on Thursday that Russia’s violation of an arms control treaty was “untenable” and unless it changed course the United States would respond.

The United States believes Russia is developing a ground-launched system in breach of a Cold War treaty, known as the Intermediate-Range Nuclear Forces Treaty (INF), that could allow Moscow to launch a nuclear strike on Europe at short notice. Russia has consistently denied any such violation.

“Russia must return to compliance with the INF treaty or the U.S. will need to respond to its cavalier disregard to the treaty’s specific limits,” Mattis told a news conference after a meeting of NATO defense ministers in Brussels.

“The United States is reviewing options in our diplomacy and defense posture to do just that. Make no mistake: The current situation, with Russia in blatant violation of this treaty, is untenable,” Mattis said.

He declined to give details on the possible U.S. response.

NATO Secretary-General Jens Stoltenberg said Moscow had developed a missile known as Novator 9M729, which analysts say is similar to Russian short-range, sea-launched missiles but can fly between 500 km to 5,500 km (310-3,420 miles).

Mattis’ comments are likely to worsen relations between Moscow and the West, already at a post-Cold War low over Russia’s 2014 seizure of Crimea, its bombing campaign in Syria and accusations of meddling in Western elections.

While the United States has called for Russia to come back into compliance with the INF treaty for several years, Mattis’ comments come just days after Washington’s envoy to NATO said Russia must halt its covert development of the banned cruise missile system or the United States would seek to destroy it before it becomes operational.

U.S. ambassador to NATO Kay Bailey Hutchison said on Tuesday Washington remained committed to a diplomatic solution but was prepared to “take out” any Russian missile if development of the medium-range system continued.

The Russian foreign ministry reacted by saying Hutchison’s comments were dangerous. Hutchison clarified that she was not talking about a preemptive strike against Russia.

“We also will take the steps necessary to ensure that we don’t have any gaps in a credible defense and deterrence posture,” General Curtis Scaparrotti, head of U.S. European Command and NATO’s supreme allied commander, told reporters during the NATO meeting.

A recent U.S. State Department report found Russia had violated obligations “not to possess, produce, or flight-test” a ground-launched cruise missile with a range capability of 500 km to 5,500 km (310-3,420 miles), “or to possess or produce launchers of such missiles”.

Earlier this year, the U.S. military said in a new national defense strategy that countering Russia, along with China, would be a priority. The move reflects shifting U.S. priorities after more than a decade and a half of focusing on the fight against Islamist militants.

The Pentagon’s nuclear policy document released in February said that in response to Russia’s violation, the United States would start reviewing its own options for conventional, ground-launched, intermediate-range missile systems.

Kingston Reif, the director for disarmament research at the Arms Control Association advocacy group, cautioned that if the United States also abandoned the INF treaty, it would allow Russia to potentially station hundreds of missiles near Europe.

Any new U.S. missile system would also be politically difficult to station in Europe as no NATO ally would want to host it, he said. “Attempting to force it upon the alliance would be incredibly divisive. It is thus a weapon to nowhere.” 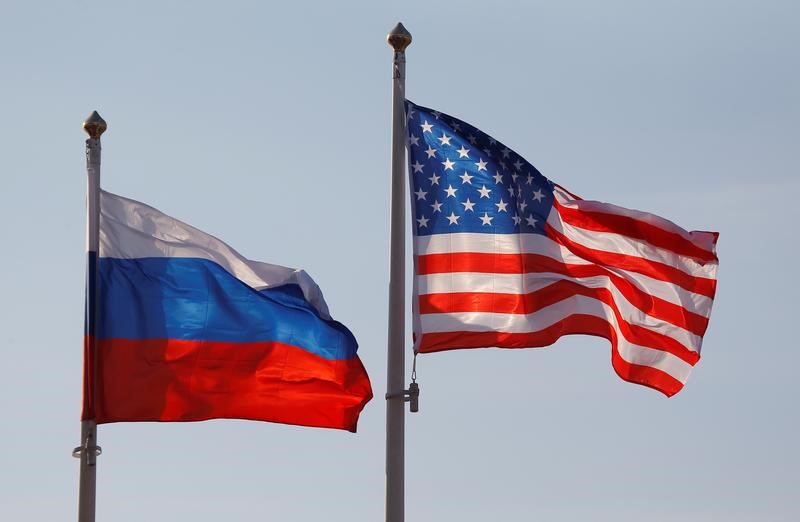 WASHINGTON (Reuters) – Concerned about Russia’s growing tactical nuclear weapons, the United States will expand its nuclear capabilities, a policy document released on Friday said, a move some critics say could increase the risk of miscalculation between the two countries.

It represents the latest sign of hardening resolve by President Donald Trump’s administration to address challenges from Russia, at the same time he is pushing for improved ties with Moscow to rein in a nuclear North Korea.

The focus on Russia is in line with the Pentagon shifting priorities from the fight against Islamist militants to “great power competition” with Moscow and Beijing.

“Our strategy will ensure Russia understands that any use of nuclear weapons, however limited, is unacceptable,” the document, known as the Nuclear Posture Review, said.

The rationale for building up new nuclear capabilities, U.S. officials said, is that Russia currently perceives the United States’ nuclear posture and capabilities as inadequate.

By expanding its own low-yield nuclear capability, the United States would deter Russia from using nuclear weapons, U.S. officials argue.

Low-yield nuclear weapons, while still devastating, have a strength of less than 20 kilotons. The atomic bomb dropped on Hiroshima had about the same explosive power.

The Pentagon document, which is largely in line with the previous review in 2010, said the U.S. will modify a small number of submarine-launched ballistic missile warheads with low-yield options.

In the long term, the U.S. military will also develop a new nuclear-armed sea-launched cruise missile. The missile could have the less powerful option, but a decision has not been made, and will take up to a decade to develop, officials said.

Greg Weaver, deputy director of strategic capabilities at the Pentagon, said the United States would be willing to limit developing the missile if Russia would “redress the imbalance in non-strategic nuclear forces.”

Weaver said the most difficult task for those working on the review was trying to address the gap between Russian and American non-strategic nuclear weapons.

Russia has a stockpile of 2,000 non-strategic nuclear weapons, according to the Pentagon. The U.S. has a few hundred active low-yield weapons deployed in Europe.

U.S. officials argue that since the last nuclear review, Russia has expanded and modernized its non-strategic nuclear weapons, annexed Crimea in 2014, and deployed a ground-launched cruise missile that breaches the 1987 Intermediate-range Nuclear Forces (INF) treaty. The treaty bans testing and fielding missiles with ranges of 500-5,500 kms (310-3,417 miles).

“The U.S. is not arms racing, we are responding to Russian initiative here,” Weaver said.

Some experts have questioned the expansion.

Jon Wolfsthal, a former top advisor to President Barack Obama on arms control, said there was a possibility that it could lead to a miscalculation.

The document argues that by developing U.S. nuclear responses, it raises the Russian threshold for using the weapons, rather than lowering the U.S. threshold.

“It’s not an arms race in terms of numbers like during the Cold War, but is an arms race that involves more than just the United States and Russia and it involves upgrading and improving the capability of existing nuclear forces,” Reif said.

The review called for continuing the B-83 bomb, the largest nuclear weapon in the U.S. stockpile, until a replacement is found, reversing plans to retire it.