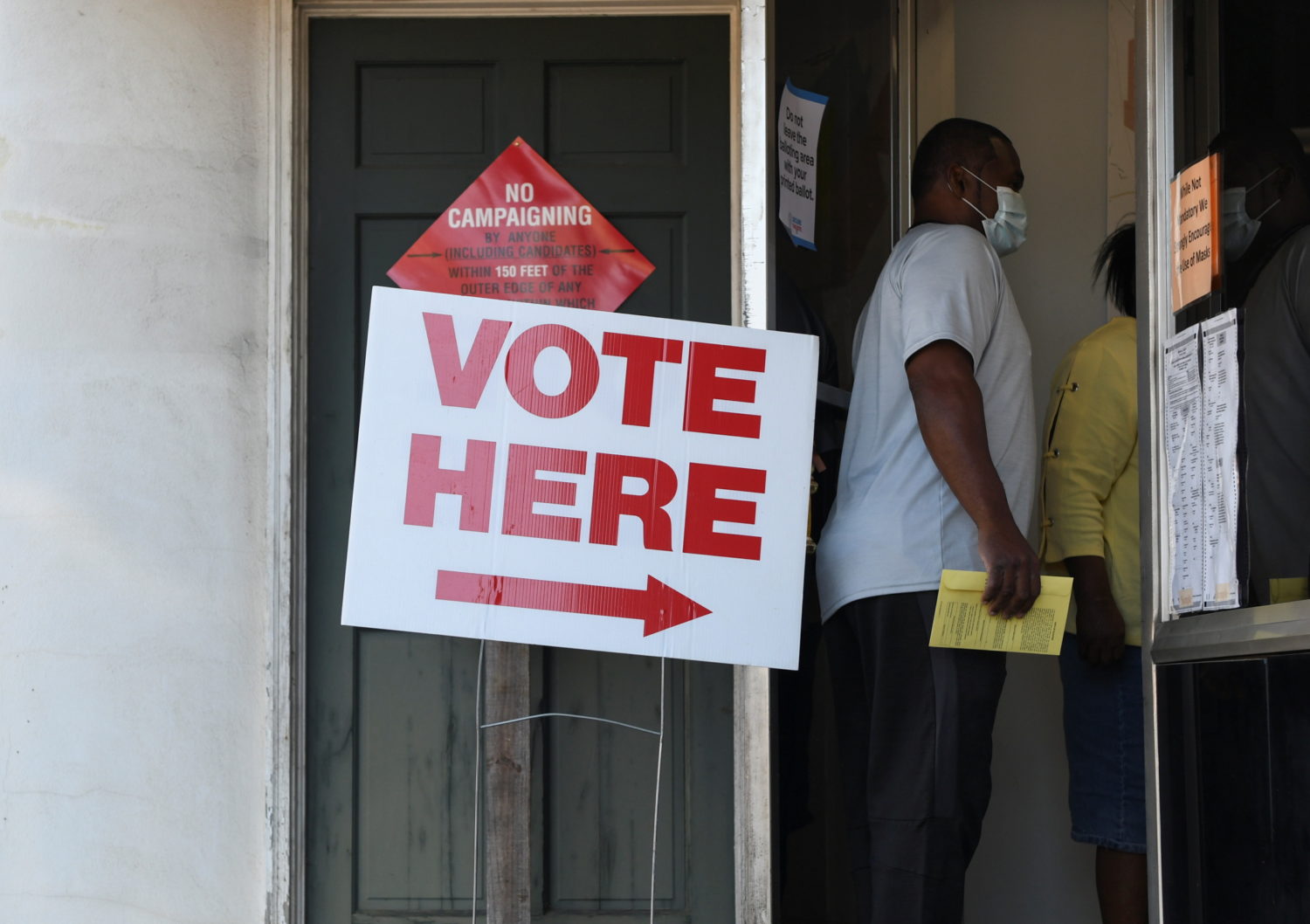 WASHINGTON (Reuters) -The U.S. Justice Department is expected to file a lawsuit on Friday challenging a Georgia election law that imposes new limits on voting, calling it a violation of civil rights, according to a source familiar with the decision.

The Georgia law is one of a wave of new measures passed by Republican-controlled state legislatures this year, fueled by former President Donald Trump’s claims that his November election defeat was the result of widespread fraud.

After a sweeping Democratic-sponsored bill aimed at protecting access to the ballot died on a party-line vote in the Senate this week, President Joe Biden vowed to take other steps to protect voting rights.

The Republican governors of Arizona, Florida and Iowa have also signed new voting restrictions this year, while state legislatures in Pennsylvania and Texas are trying to advance similar measures.

The Georgia law, signed by Governor Brian Kemp on March 25, tightened absentee ballot identification requirements, restricted ballot drop-box use and allowed a Republican-controlled state agency to take over local voting operations. The state was a key battleground in the 2020 presidential election.

Trump repeatedly sought to pressure election officials in Georgia after losing the state to Biden. In a phone call to the secretary of state, Trump asked him to “find” the votes that would be needed to overturn his election loss.

He also pressured the Justice Department to oust the U.S. Attorney in the Atlanta region. His actions are now under investigation by Fulton County District Attorney Fani Willis. 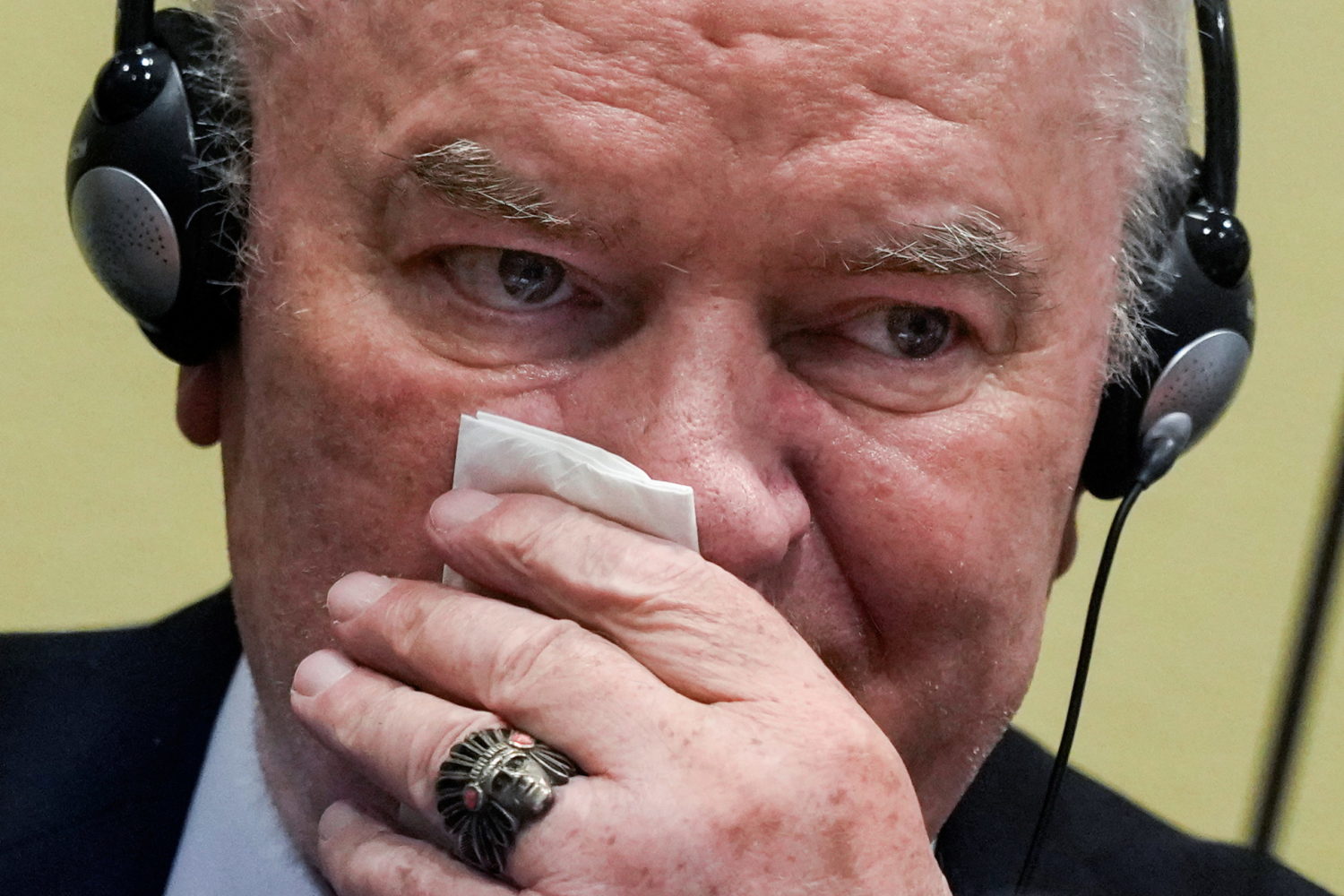 By Ivana Sekularac and Anthony Deutsch

BELGRADE/THE HAGUE (Reuters) -Ratko Mladic was dubbed the “Butcher of Bosnia” for terrorizing the capital Sarajevo with a 43-month siege and presiding over the 1995 massacre of up to 8,000 Muslims in a U.N.-designated “safe area,” Europe’s worst atrocity since World War Two.

The Srebrenica slaughter was the grisly culmination of a 3-1/2-year war in which nationalist Bosnian Serb forces under Mladic pounded Sarajevo daily with artillery, tanks, mortars and heavy machine guns, killing 10,000.

The dead from Srebrenica were bulldozed into mass graves over four days in July 1995, some of which were dug up and relocated to remote mountains to hide evidence of the killings.

The goal, as determined by the United Nations International Criminal Tribunal for the former Yugoslavia (ICTY), was “ethnic cleansing” – the forcible expulsion of Bosnian Muslims, Croats and other non-Serbs to clear Bosnian lands for a Greater Serbia.

The tribunal, in a judgment upheld by appeals judges on Tuesday, ruled at his 2017 trial that Mladic was part of “a criminal conspiracy” with Bosnian Serb political leaders. It found Mladic was in “direct contact” with then-Serbian President Slobodan Milosevic, who died in 2006 shortly before the verdict in his ICTY trial for genocide and crimes against humanity.

“I do not recognize this court,” Mladic said at a hearing in The Hague in 2018. When he was sentenced to life in prison in 2017 on charges if genocide, crimes against humanity and war crimes, he shouted: “This is all lies, you are all liars!”

Karadzic, who was convicted of genocide in 2016, and Mladic topped the ICTY wanted list for years after Western powers ended the war in 1995. Mladic lived securely, if discreetly, in Belgrade until a popular uprising toppled Milosevic in 2000.

Milosevic died in his prison cell of a heart attack at age 64, near the end of his four-year tribunal trial. Karadzic, now 75, is serving out his life sentence in a British prison.

“For me Mladic is a symbol of all the horrible crimes that happened during the war – our girls were raped, and boys killed, only because they were Muslim. Germans had Hitler, Serbs have Mladic,” said Munira Subasic, whose son and husband were killed by Bosnian Serb forces that overran Srebrenica.

“I watched him in the courtroom and he was proud of everything he had done, I saw no regrets on his face.”

The army Mladic created to fight against Bosnia’s 1992 secession from Serbian-led Yugoslavia was a model of ruthlessness and brutality.

Some of its prisoners suffocated in the heat after being forced to eat salt and refused water. Others were starved and raped in prison camps, made to jump off a bridge and shot or gunned down at night by the hundreds after being driven out of detention with gas.

Mladic had a cameraman film his blitz on the encircled enclave of Srebrenica, to show him extolling his “lads” and haranguing Dutch U.N. peacekeepers who misguidedly accepted his solemn word that the inhabitants would be safe in his hands.

“We give this town to the Serb people as a gift,” he said to the camera, claiming the victory as revenge against Muslim Turks, who once held the area as part of the Ottoman Empire.

The next day, Mladic’s forces were filmed handing out sweets to children, promising their safe passage, while at the same time thousands of men and boys were being readied for execution.

When NATO tried in 1995 to rein in his forces with the threat of air strikes, his troops defiantly seized U.N. peacekeepers as human shields, chaining them to likely targets.

The son of a World War Two Serb partisan fighter killed in 1945, Mladic was an officer in the old communist Yugoslav Federal Army (JNA) when the country began to break up in 1991.

When Bosnian Serbs rose in 1992 against Bosnia’s Muslim-led secession, Mladic was picked to command a new Bosnian Serb army that swiftly overran 70 percent of the country.

Towns were besieged with heavy weapons that once belonged to the JNA. Villages were burned as 22,000 troops of a U.N. Protection Force stood by, with orders not to take sides.

Some of his supporters say Mladic had become even more ruthless after his daughter Ana killed herself with Mladic’s trophy gun in 1994.

A combination of Western pressure and covert American arms and training for Bosnian Muslims and Croats gradually turned the tide against Mladic’s army. Precision NATO strikes did the rest.

Yet many nationalist Serbs still regard him as a hero for cutting casualties on their side and trying to unite their people in one country.

“Ratko Mladic remains a legend for Serb people and a man who has put his professional and human capabilities in the service of the freedom of the Serb people,” current Bosnian Serb leader Milorad Dodik said.

When arrested in 2011, Mladic looked nothing like the burly general who ruffled the hair of a Srebrenica boy in July 1995.

He seemed older than his years. In his few court appearances, he wavered between maudlin self-pity, smiling defiance and vague distraction.

“I am a very sick man,” Mladic pleaded to the court.

In June 2019, Mladic’s lawyer said his client was suffering from deteriorating brain function and cardiovascular trouble after a heart attack in 2013. “There is a great risk of a new stroke and a new heart attack,” Branko Lukic said.

In convicting him for the siege of Sarajevo and Srebrenica, the 2,500-page war crimes verdict said Mladic’s acts were “so instrumental to the commission of the crimes that without them, the crimes would not have been committed as they were.”