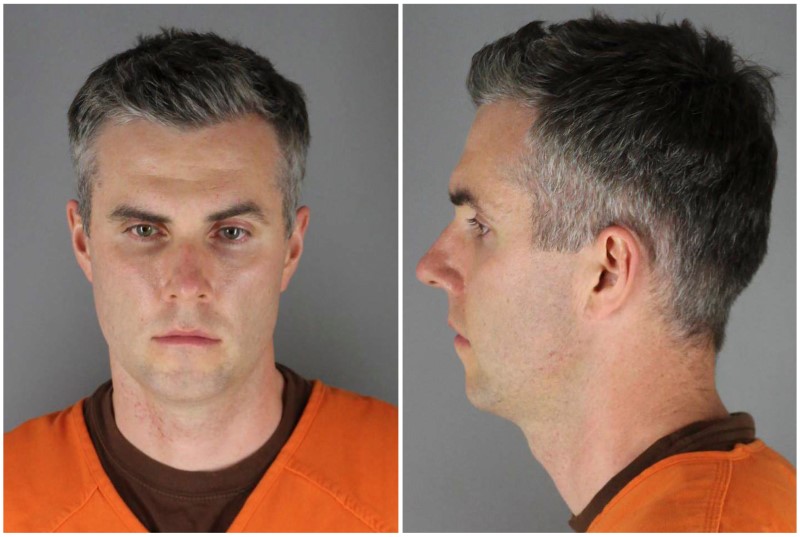 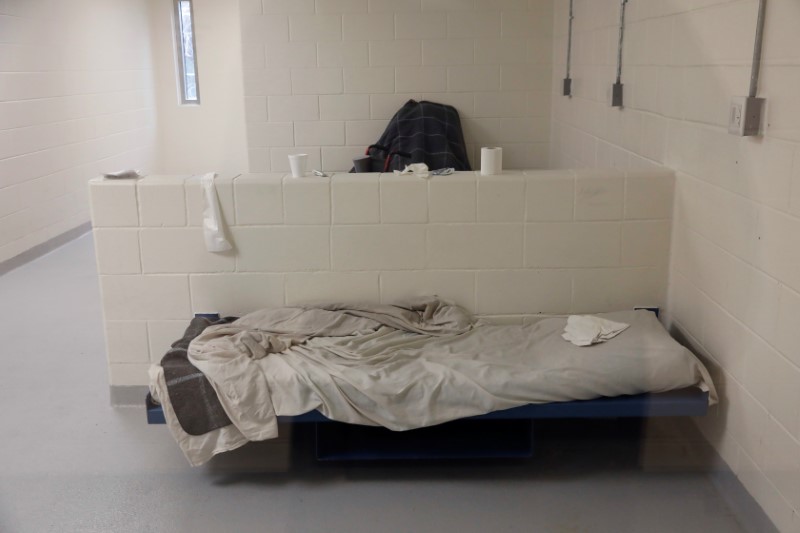 By Brendan Pierson and Jan Wolfe

(Reuters) – Comparing crowded U.S. jails to “ticking time bombs,” defense lawyers are urging law enforcement officials to release more defendants on bail while they await trial amid the coronavirus pandemic – an approach that has already been adopted by San Francisco and Philadelphia.

The Federal Defenders of New York, which represents defendants who cannot afford a lawyer, wrote in a letter on Sunday that prosecutors should not engage in “business as usual” when deciding whether to recommend jail for defendants awaiting trial.

“Absent extraordinary circumstances, namely cases that involve an imminent threat of violence, it does not advance public safety to add more people to our local jails,” the organization’s director, David Patton, wrote in the letter to federal judges and prosecutors in Manhattan and Brooklyn.

Patton told Reuters on Monday that his office had filed several motions asking that incarcerated defendants be released because of the coronavirus.

The Bureau of Prisons (BOP), which runs federal prisons and jails, had no immediate comment. On Friday the BOP announced a suspension of visits and inmate transfers, among other measures to contain the virus, saying it was coordinating with experts inside and outside the agency.

Public defenders in Minnesota are making a similar push to keep clients awaiting trial out of jails, which some experts say are particularly susceptible to contagion because of crowding, unhygienic conditions, and the constant turnover of detainees.

“All of us – every position – need to work together to get our clients out of the jails,” Minnesota’s chief public defender Bill Ward said in an e-mail to colleagues obtained by Reuters and first reported by the Star-Tribune.

The requests comes as law enforcement officials debate how to limit the spread of the coronavirus among the millions of people in jails, prisons, immigrant detention centers, and other facilities around the country.

Magistrate Judge James Orenstein in Brooklyn on Thursday refused to jail a man who was under house arrest, even though the defendant had failed drug tests while awaiting trial for possession of methamphetamine.

Orenstein said that sending him to Brooklyn’s Metropolitan Detention Center (MDC) would pose a “risk to the community” in light of the outbreak.

“Our community includes the people incarcerated at the MDC, those who work there and those who live and interact with those who work there,” Orenstein said at a hearing, according to a transcript. “And let’s not kid ourselves. The more people we crowd into that facility, the more we’re increasing the risk to the community.”

In Manhattan federal court, a lawyer for a man awaiting trial in jail for attempted sexual enticement of a 12-year-old girl on Sunday asked a judge to release him on bail, even though he was arrested last year while under home confinement after cutting his ankle monitor.

“The courts have long recognized that there is no greater necessity than keeping a defendant alive, no matter the charge,” the lawyer, Sylvie Levine, wrote.

Prosecutors opposed the request on Monday, saying the man posed too great a danger to the community and was likely to flee.

Some law enforcement officials already have indicated that they will work with defense lawyers to reduce jail populations.

Philadelphia District Attorney Larry Krasner is also revising his office’s policies and advising prosecutors only to make specific bail requests in serious cases, including gun and domestic violence cases, a spokeswoman confirmed. The revisions were first reported by the Philadelphia Inquirer.

Critics say such an approach could lead to an increase in crime.

Public defender organizations are “using this emergency to push their agenda,” said Richie Greenberg, a businessman who ran for mayor of San Francisco in 2018, in an interview.

“Once prisoners are out they are gone. They all become potential fugitives,” Greenberg said.

(Reporting by Brendan Pierson in New York and Jan Wolfe in Washington; Editing by Noeleen Walder and Christopher Cushing) 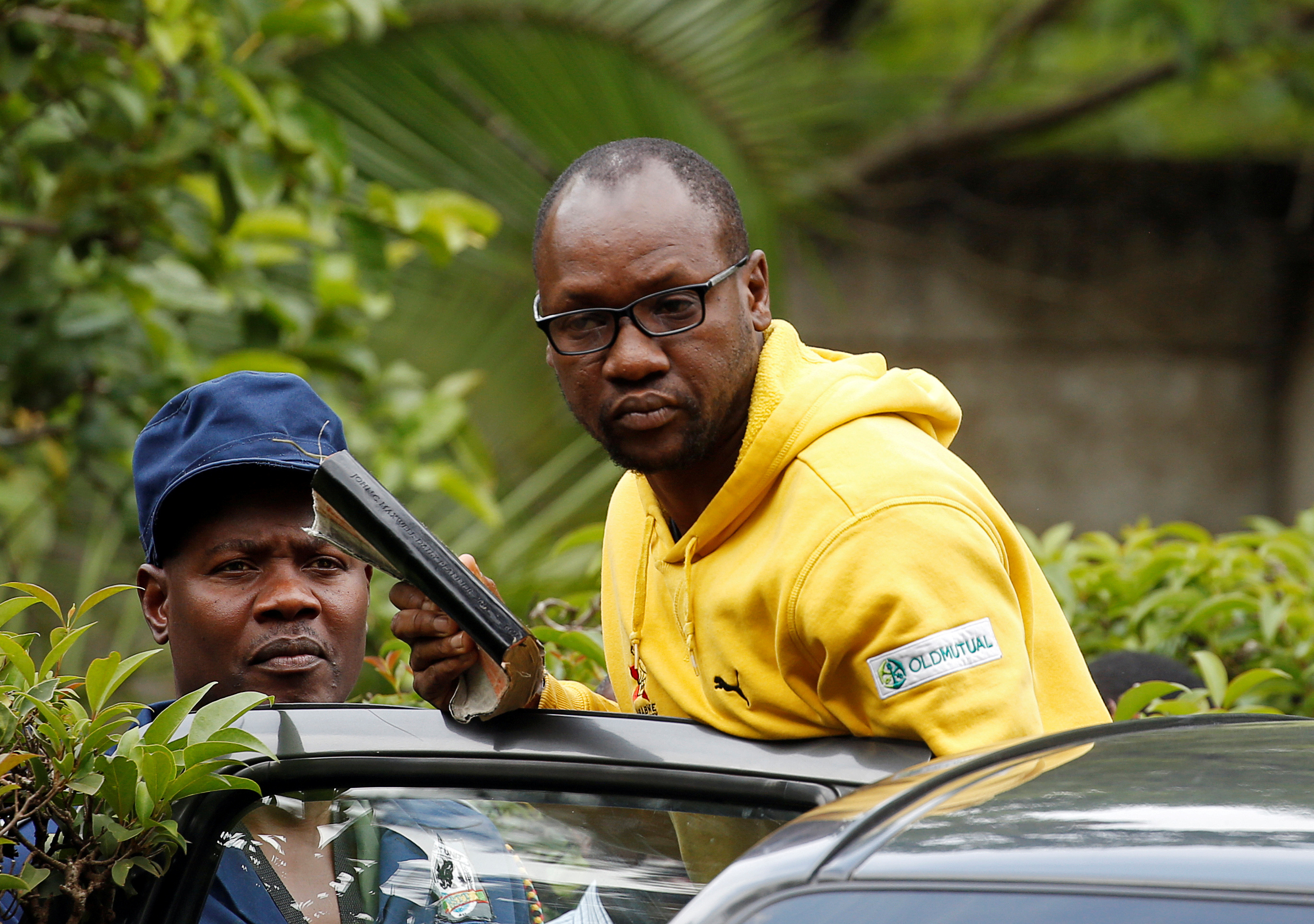 HARARE (Reuters) – Zimbabwe’s High Court deferred until next week a decision on whether to free an activist pastor detained over violent anti-government protests.

Evan Mawarire, who led a national shutdown in 2016 against Robert Mugabe, is accused of stoking the unrest which was countered by a violent crackdown reminiscent of the actions of security forces under the former president.

Prosecutors argued against the bail application, saying Mawarire posed a flight risk and could re-offend if released.

Judge Tawanda Chitapi said he would rule on Tuesday but hinted he could ban Mawarire from posting videos similar to the one that the state says encouraged unrest until the trial is over.

Protests erupted in mid-January following a hike in fuel prices and lasted for several days.

Security forces dispersed demonstrations by force and cracked down on activists, leading to fears that President Emmerson Mnangagwa’s government is reverting to the strong-arm politics seen during Mugabe’s 37-year rule.

Amnesty International said children as young as 11 had been detained along with hundreds others.

“The authorities must immediately stop this merciless crackdown on activists, civil society leaders and others who are guilty of nothing more than exercising their right to freedom of expression,” Amnesty’s Deprose Muchena said in a statement.

“The authorities must ensure that those who violated and continue to violate human rights face justice.”

Mnangagwa, who replaced Mugabe after a de facto coup in November 2017, promised this week to investigate security services’ actions against protesters.

Courts in the capital Harare and other towns heard cases of more than 100 people accused of public order offenses linked to the demonstrations, lawyers said.

Mawarire, who denies the charges remains in detention at Chikurubi Maximum Prison in Harare and was not present at Friday’s hearing.

Zimbabwe Congress of Trade Unions Peter Mutasa, who called for a peaceful stay-at-home strike in a video post with Mawarire, presented himself to police in Harare in the company of his lawyer. The union’s secretary general is already detained on subversion charges.