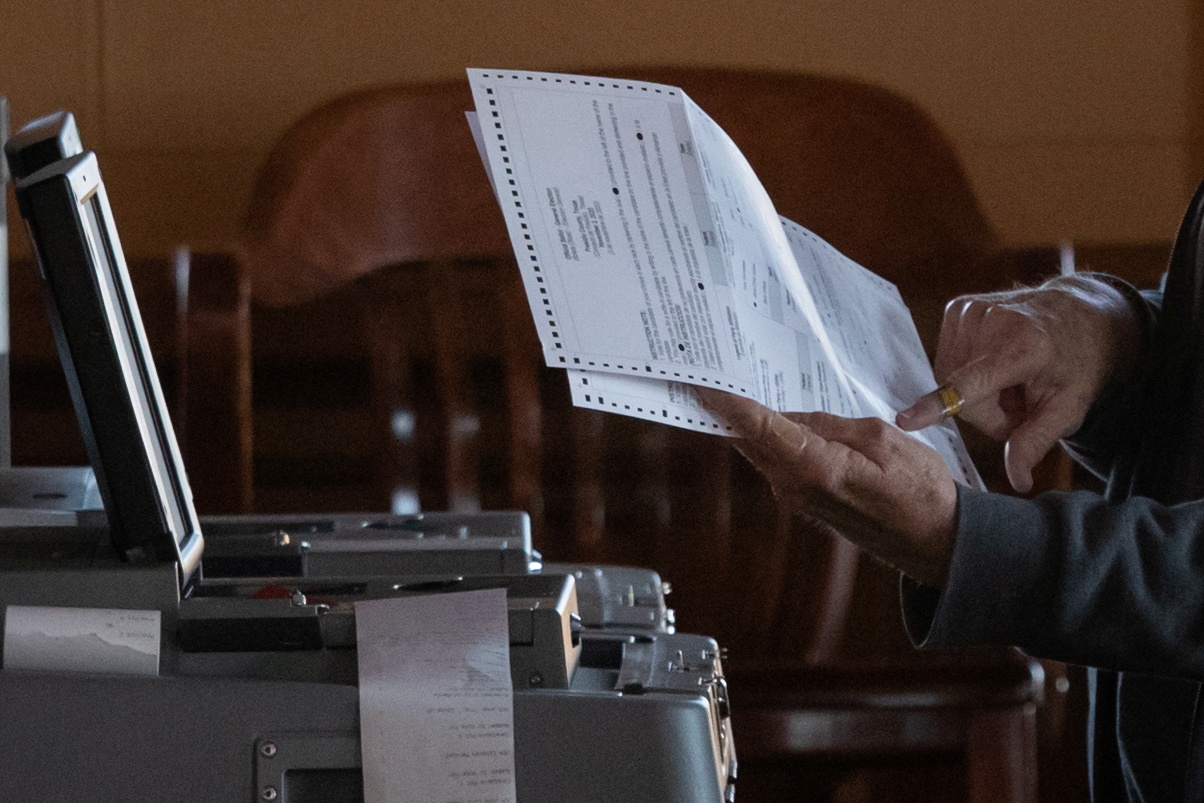 By Joseph Ax and Steve Gorman

(Reuters) -Texas joined other Republican-controlled states on Friday in advancing a slew of new voting restrictions, defying opposition from many of the state’s businesses and adding to a fierce national debate over voting rights.

The state House of Representatives in Austin gave the legislation preliminary approval at 3 a.m. CDT (0800 GMT) on Friday after hours of debate before delivering final approval around 2:45 p.m. (1945 GMT), largely along party lines.

Members of the House and the state Senate, which passed its own bill imposing voting limits last month, will now work to reconcile the two bills before sending a finalized version to Republican Governor Greg Abbott, who has indicated he will sign it.

The Texas House bill gives more access to partisan poll watchers and bars election officials from sending unsolicited mail-in ballot applications to voters, among other restrictions. The Senate bill includes limits on early voting and would prohibit 24-hour polling sites and drive-through voting, both changes that Harris County made last year during the coronavirus pandemic.

Sponsors of the bills said they are intended to prevent voter fraud while bolstering election integrity and public confidence in balloting.

“This bill is about protecting voters,” Republican Representative Briscoe Cain said during the House floor debate.

Democrats and civil rights groups counter that there is no evidence of widespread ballot tampering, and argue that such legislation disproportionately burdens or discourages voters of color, as well as the elderly and disabled. Voting rights advocates say Texas already has in place some of the highest barriers to voting of any state.

“In short, this bill is nothing but voter suppression,” Jasmine Crockett, a lawyer and first-term Democrat, said on the House floor.

Voting by mail, and early voting in general, surged during the 2020 election as voters sought to avoid ballot-box queues in the midst of the pandemic.

The Texas vote came a day after Florida’s Republican governor, Ron DeSantis, signed a new law making it more difficult for voters to cast ballots by mail or to use ballot drop boxes.

More than three months after Biden was sworn in, Trump has continued to assert that the election was stolen. Courts have rejected those claims in more than 60 lawsuits challenging the results. 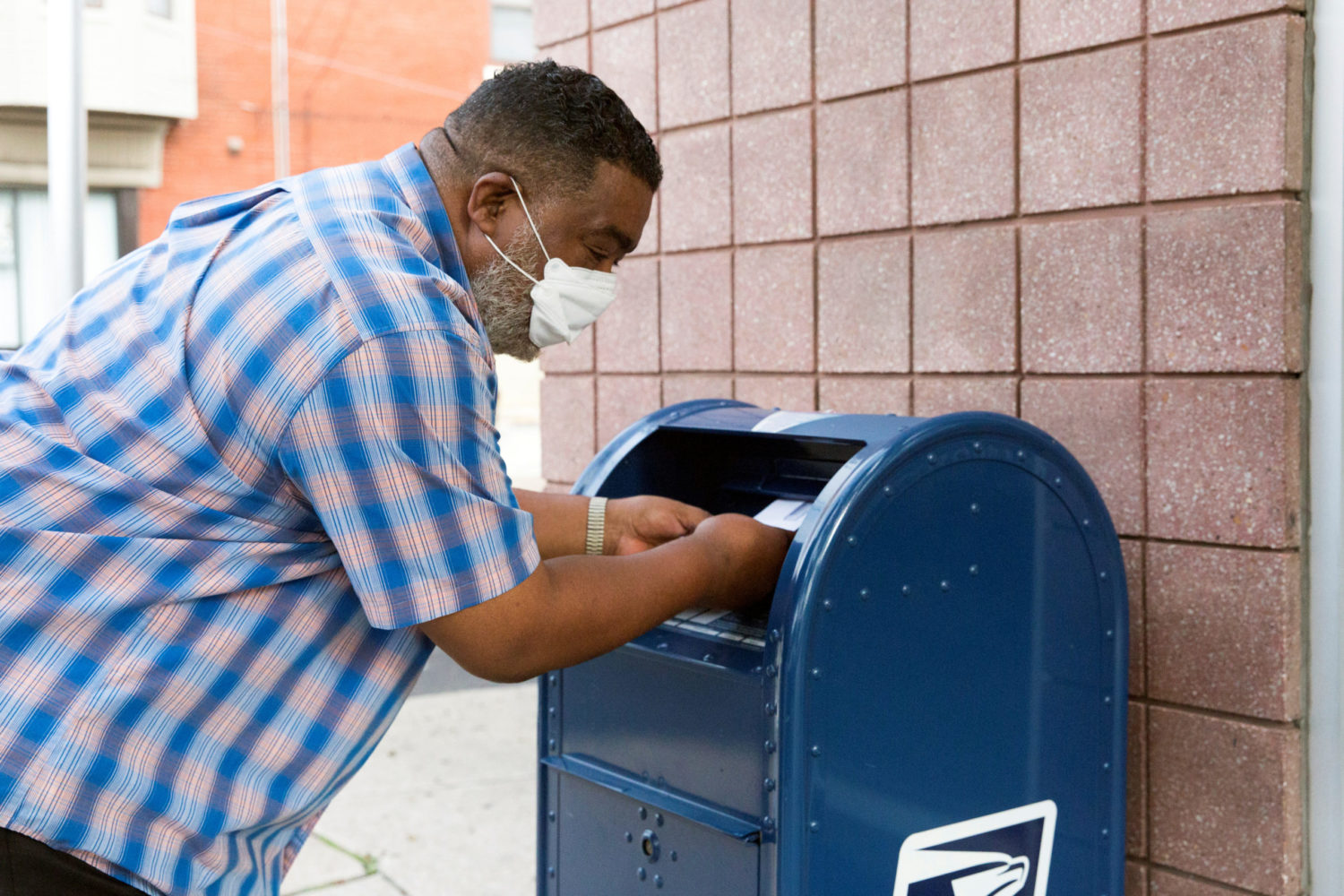 WASHINGTON (Reuters) – Ahead of a presidential election that could see up to half of U.S. voters cast their ballots by mail, the U.S. Postal Service is warning some states that they need to provide more time for those votes to be counted.

The Postal Service has told at least three states — Michigan, Pennsylvania and Washington — there is “significant risk” voters will not have enough time to complete their ballots and return them on time under current state laws, which allow them to request ballots just days before the election.

The letters highlight the possibility that a meaningful number of mail votes in the Nov. 3 presidential election might go uncounted if they are returned too late.

“State and local election officials must understand and take into account our operational standards and recommended timelines,” Postal Service spokeswoman Martha Johnson said. She did not respond to a question about how many states in total got warning letters.

Election officials have scrambled to prepare for a deluge of mail ballots as Americans avoid public gatherings due to the coronavirus pandemic, which has prompted many states to make it easier to vote by mail.

The Postal Service itself has gotten pulled into a political fight, with Republican President Donald Trump on Thursday saying he objected to providing funds for the struggling service or mail voting as part of a coronavirus relief package.

Trump, who is trailing Democratic rival Joe Biden in opinion polls, has railed against widespread mail voting, saying without evidence that it could lead to fraud.

Biden and other top Democrats have accused Trump of trying to discourage mail voting because he believes doing so would boost his re-election chances.

Election experts say mail voting is as secure as any other method.

The Postal Service has warned some states that allowing voters to request ballots less than a week before the election does not leave enough time to print up the ballot, mail it to the voter and have it returned.

“There is significant risk that the voter will not have sufficient time to complete and mail the completed ballot back to election officials in time for it to arrive by the state’s return deadline,” Postal Service General Counsel Thomas Marshall wrote in a July 29 letter to Michigan’s top election official seen by Reuters.

Half of the states allow voters to request an absentee ballot within seven days of an election. The Postal Service recommends that mail ballots should be completed and in the mail back to election offices by that point, according to Marshall’s letter.

Ohio, Michigan and several other states with tight deadlines have so far not pushed them back.

Pennsylvania’s secretary of state asked the state Supreme Court to allow ballots to be counted if they are received up to three days after the Nov. 3 election, rather than on Election Day.

Marshall also encouraged election officials to use its first-class mail service to ensure prompt delivery, rather than the cheaper and slower bulk-mail rate.

In past elections the Postal Service has given priority to all political and election mail, no matter the postage rate, according to workers and the service’s internal watchdog.

“If this letter aims to backtrack on that collaboration or the promise of prioritization of election mail, that would be very concerning,” said Tracy Wimmer, a spokeswoman for the Michigan Department of State, which oversees elections.

Roughly 0.25% of mail ballots were rejected in 2016 because they arrived too late, according to the U.S. Election Assistance Commission.

Problems with mail ballots have marred many primary elections this year. Voters in Georgia reported not getting requested mail ballots, while in New York a judge ordered election officials to count thousands of ballots they had rejected for missing that state’s deadline.

The issue has taken on added urgency in recent weeks, as cost-cutting measures put in place by Trump’s new postmaster general, Louis DeJoy, have led to widespread mail delays.

“They’re not moving as fast as they normally would, and I think we know that,” Ohio Secretary of State Frank LaRose said at a news conference on Wednesday. He urged voters to complete their ballots as quickly as possible.