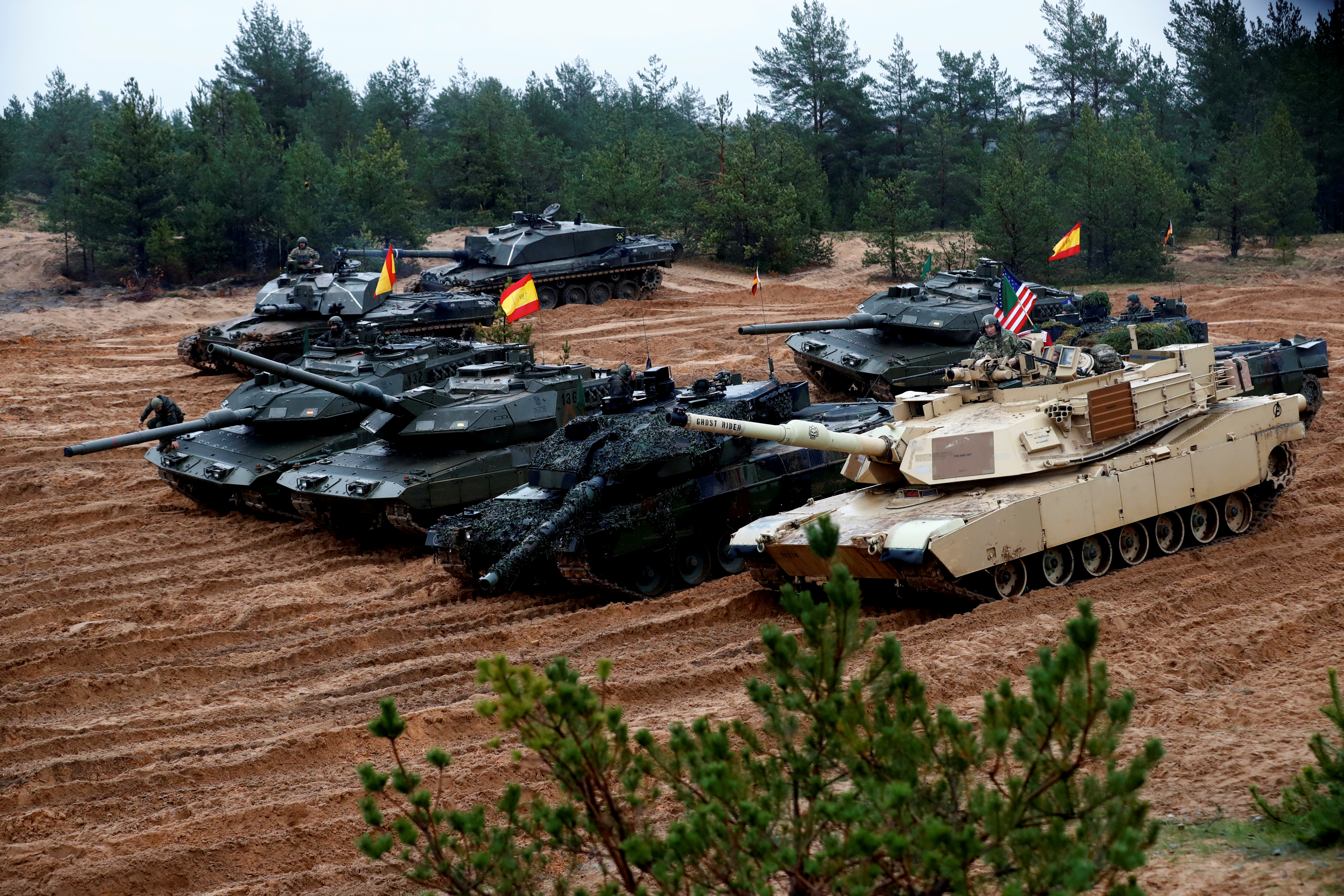 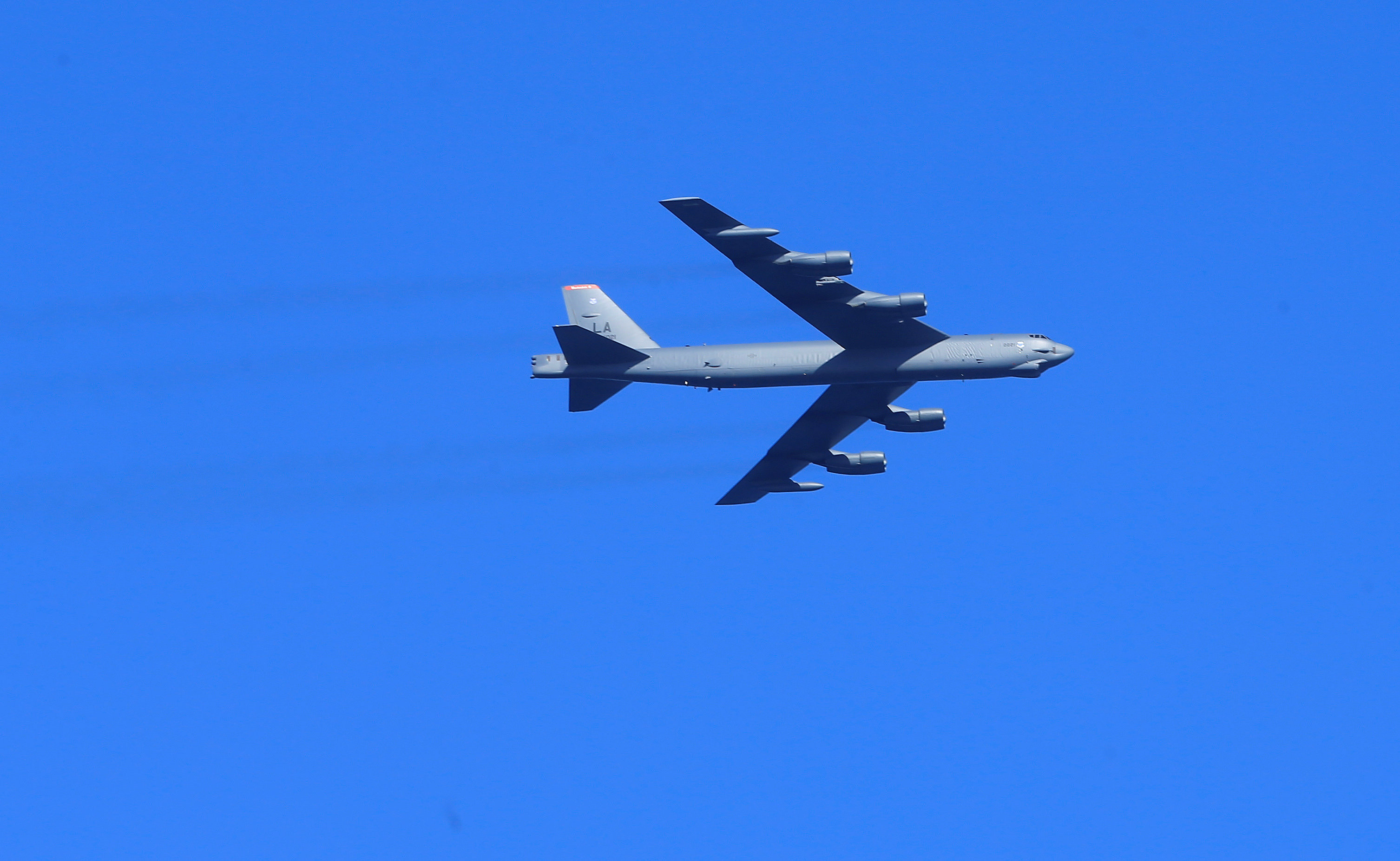 By Andrew Osborn and Dmitry Solovyov

MOSCOW (Reuters) – Russia scrambled a fighter jet on Tuesday to intercept a nuclear-capable U.S. B-52 strategic bomber it said was flying over the Baltic Sea near its border, in an incident that had echoes of the Cold War.

The appearance of the B-52, a long-range bomber that first went into service in the 1950s, irked Moscow. A Russian Foreign Ministry official said the plane’s appearance in Europe would not help ease tensions between the West and Russia. A former Russian Air Force commander called the move “disrespectful.”

Russian air defense systems detected the U.S. bomber at around 1000 Moscow time as it was flying over neutral waters parallel to the Russian border and sent a Sukhoi Su-27 jet to intercept it, the Russian Defence Ministry said in a statement.

“The Russian SU-27 crew, having approached at a safe distance, identified the aircraft as an American B-52 strategic bomber and escorted it” until such time as it changed course and flew away from the border area, the ministry said.

Russia said the SU-27 took off from its Baltic Fleet air defense unit, which is based in the European exclave of Kaliningrad.

The U.S. military said its aircraft was in international airspace and declined immediate comment on the Russian plane’s actions.

“We can confirm that the U.S. Air Force B-52 was operating in international airspace but we don’t have any information to provide at this time regarding the behavior of Russian aircraft,” Air Force spokesman Colonel Patrick Ryder said.

NATO members such as Britain regularly report scrambling jets to intercept Russian nuclear-capable bombers flying close to their air space. It is less common for Russia to report using its fighters for the same reason.

In a separate incident, Russia said an MiG-31 jet fighter had intercepted a Norwegian patrol plane over the Barents Sea. Russia’s Defence Ministry identified the plane as a P-3 Orion anti-submarine aircraft.

The Russian Defence Ministry complained that the Norwegian plane had flown close to Russia’s state border with its transponders switched off. The Norwegian military confirmed the encounter, but said it was “normal.”

Moscow was more put out by the B-52’s appearance.

The state-backed Sputnik news agency cited a Foreign Ministry official, Mikhail Ulyanov, as saying Moscow believed a number of U.S. B-52s had recently been transferred from their base in Louisiana to Britain to take part in military exercises.

“The fact that NATO forces are converging near Russia’s borders and carrying out military exercises supported by strategic bombers from the USA capable of carrying nuclear weapons hardly helps de-escalate tensions in Europe,” Sputnik quoted Ulyanov as saying.

U.S. forces are engaged in various exercises with Estonia, Latvia, Lithuania, Poland and other partner nations as part of the Saber Strike war games. The United States is also taking part in the annual BALTOPS naval training exercise in the Baltic Sea which runs until June 16.

Pyotr Deinekin, a former Russian Air Force commander, was cited by the Interfax news agency as saying that he could not recall the last time a B-52 had flown over the Baltic Sea and that the incident raised troubling questions.

“Such behavior does not deserve respect,” said Deinekin, who said Russia needed to establish what weaponry the B-52 was carrying.

The B-52 was designed to attack Moscow’s most vital targets via the North Pole in the event of a nuclear war when the Soviet Union still existed, Deinekin said.

“Strategic bombers should not fly so close to our land borders,” he said.

(Addiotnal reporting by Jack Stubbs in Moscow, Camilla Knudsen in Oslo and Arshad Mohammed in Washington; Editing by Larry King and Leslie Adler)