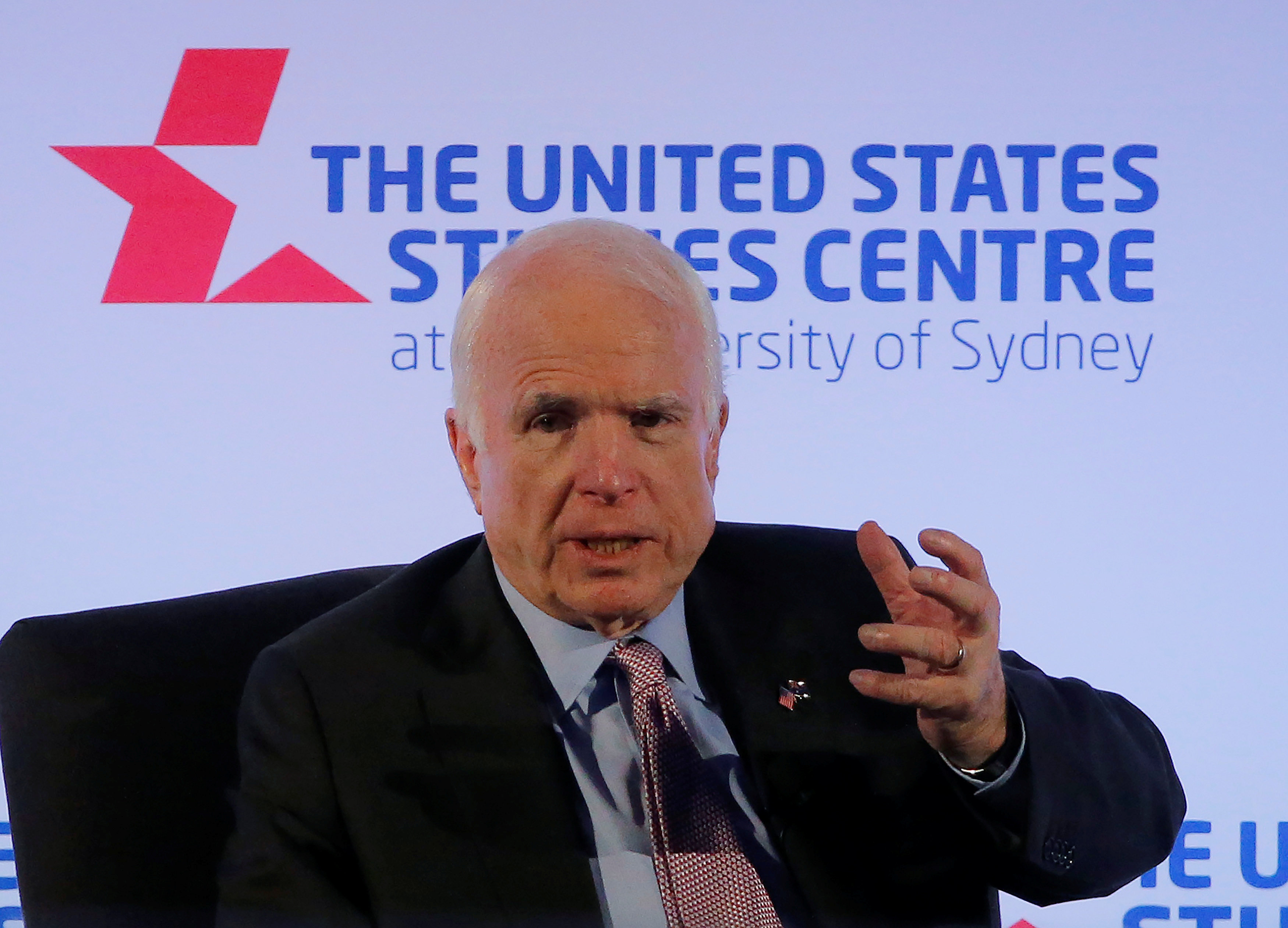 SYDNEY (Reuters) – China is behaving like a “bully” with its militarization of islands in the South China Sea, Republican U.S. Senator John McCain said on Tuesday, activity Washington must confront with its allies to find a peaceful solution.

In a speech in Sydney, McCain said China was asserting itself globally, best illustrated by militarizing artificial islands in the South China Sea, a claim repeatedly rejected by Beijing.

“I think it is very clear that the Chinese by filling in these islands are militarizing them and that is in violation of international law,” the Arizona senator said.

McCain’s comments are set to escalate tensions between the United States and China just days before delegates from both countries are scheduled to attend a regional security conference in Singapore.

China claims most of the resource-rich South China Sea, through which about $5 trillion in ship-borne trade passes every year. Neighbors Brunei, Malaysia, the Philippines, Taiwan and Vietnam also have claims on the strategic waterway.

The United States estimates Beijing has added more than 3,200 acres (1,300 hectares) of land on seven features in the South China Sea over the past three years, building runways, ports, aircraft hangars and communications equipment.

To counter the perceived Chinese aggression, the United States has conducted so-called freedom-of-navigation exercises, the most recent of which was conducted by a U.S navy warship near Mischief Reef in the disputed Spratly Islands.

Allies such as Australia have so far refused to participate in freedom-of-navigation exercises in the fear of alienating Beijing.

While McCain stopped short of calling on Australia to undertake the exercises, the former U.S. presidential nominee said allies must work together to find a peaceful solution.

A pair of elementary school children used the Bible to get a bully to change his ways.

Phoenix Walywyn, 8, and her brother Kingston, 7, were being bullied on their school bus and were becoming very angry because of the constant taunting and harassment.  Phoenix says that the bully would call them names and try to make them get drawn into physical confrontations.

“It made me feel like I wanted to yell at him,” Phoenix Walwyn said.

“I wanted to say (something) back to him,” Kingston Walwyn said.

The children’s parents met with school administrators and things stopped for a few weeks before the bully began again with name calling.

The children’s father Vaughaligan is the pastor of CT Legacy Church in Pasadena.  He said that he was about to confront the bully on his own because the school’s action was not enough to make the child stop harassing his children.  Then, as he was praying for God to give him a solution, an idea flashed into his head.

“God said, ‘You know what? Let’s get this kid a Bible. Tell him Jesus loves him and invite him to church and see what happens.’”, Pastor Walywyn said.

The children gave the bully a Bible and within minutes the bully came over and apologized for everything that he had done to them.  The bully hadn’t harassed the children in any way since they gave him the Bible.