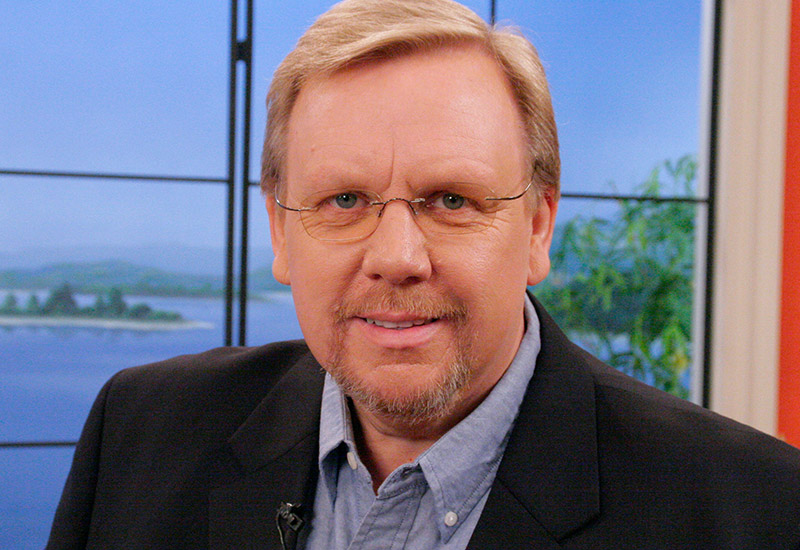 Last night Philip Cameron and the worship team lifted spirits and joyfully shouted hope for a Holy revival like no one has ever seen before!  The Morningside Restoration Marathon is continuing on Grace Street and the outpouring of love and in the belief of this ministry is inspiring.

America does need revival and what many are experiencing and seeing around the world is the the embracing of Jesus and of God’s Word.  Our partners are writing in and expressing this new hope for our country and the gentle courage to build up the Church.  During this Morningside Restoration Marathon, not only are the people working together for a common purpose, they are doing so with faith.

Faith is what Philip Cameron spoke of last night during the evening Praise service. “Ridiculous Faith that will bring a mighty pouring of the Holy Spirit!”

Philip recalled the path and restoration of Pastor Jim Bakker and how the Lord has walked with him in his obedience.  The amazing things that happened at Heritage, the people whose lives were changed in deep and profound ways, and the loving Christian family that was created there by the thousands who visited from all over the world.

“I am family here at Morningside too.  We are family and you are a part of this family too! I invite you to be a part of this ridiculous faith that can move mountains.  I see a revival happening here, a 24 hour a day revival with God’s mighty hand and love pouring out to America! If anyone can get a 24 hour a day revival going it would be Jim Bakker!  He is crazy enough in faith to do it!   This nation needs to be shaken from DC to Sacramento! “

We are family here at Morningside!   We are READY to take this message of the love and mercy of Jesus Christ and continue spreading it as far as God allows!  We need your help to make that possible!

Please consider a Thanksgiving donation.  Help us get this revival moving!  And don’t forget to keep watching our Restoration Marathon for more testimonies, fellowship and celebration for God’s incredible hand on you and on our ministry!
Please tune in to Morningside’s Restoration Marathon on Watch Us Live .

Look for Facebook live posts on The Jim Bakker Show Facebook page and donate here to bless this ministry. 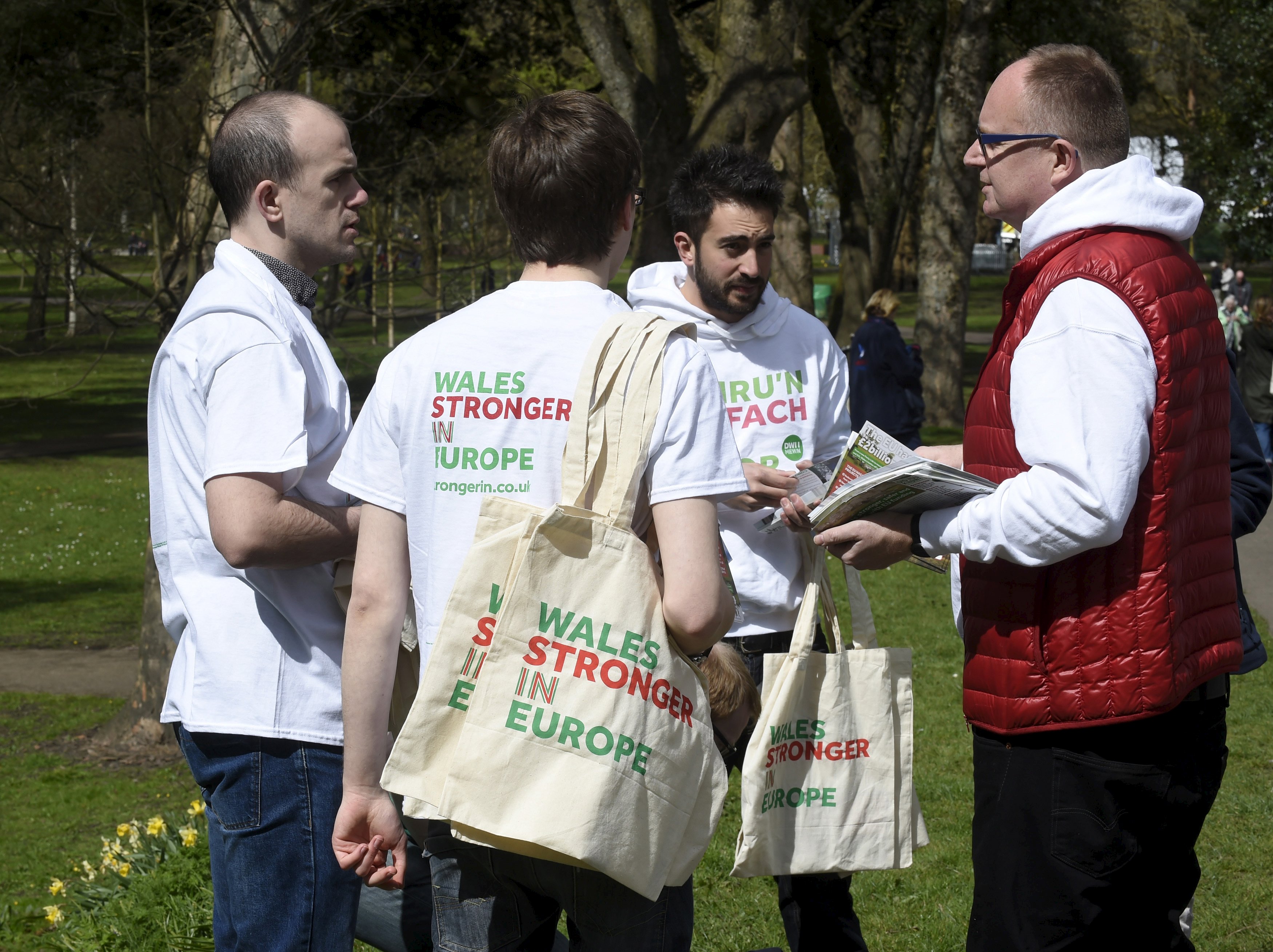 CAERPHILLY, Wales (Reuters) – In the shadow of Caerphilly’s 13th Century castle, a handful of activists have been handing out leaflets to Saturday shoppers for several weeks to drum up support for a British exit from the European Union (EU).

Elsewhere in the Welsh former mining town, members of Britain’s main opposition Labour Party have also been out campaigning. But the vote they are focused on comes seven weeks before the June 23 EU membership referendum.

Like Scotland, Northern Ireland and much of England, people in Wales will vote in local and regional elections on May 5 — timing that could prove costly for the EU “In” campaign.

Prime Minister David Cameron, whose own Conservative Party is deeply divided on whether or not to stay in the EU, is relying on Labour and other pro-EU political rivals like the Scottish National Party and Liberal Democrats to get supporters out to vote to remain in the 28-member bloc.

But with those parties distracted by the May 5 polls, the field is wide open for those in favor of Britain leaving the bloc to push their overlapping political message.

The anti-EU UK Independence Party (UKIP) in particular hopes to fuse growing euroscepticism with local election issues such as the impact of immigration on housing availability to steal many of Labour’s traditional voters.

It’s a situation the leaders of the United Kingdom’s devolved administrations in Wales, Scotland and Northern Ireland had hoped to avoid. Earlier this year, they wrote to Cameron calling on him to hold the referendum later in the year so that it would not conflict with the local election campaign period.

“Cameron went ahead anyway and one of the consequences might be that the remain camp suffers … because people are going to be focusing on other things,” said Roger Scully, Professor of Political Science at Cardiff University.

“They are all focusing on May 5 and then after May 5 they’ll want to rest and so who is going to actually get out and do a lot of the work for remain?”

UKIP candidate and Wales campaign manager Sam Gould, who increased his party’s vote share in Caerphilly by 17 percentage points at last year’s UK-wide election, says rivals are avoiding the subject of the EU.

“The other parties didn’t want to see any crossover whatsoever,” he says, pausing to thrust a campaign leaflet at a passerby. “They know it will help us.”

UKIP has seized on the potential collapse of Tata Steel’s Port Talbot plant in south Wales, saying the EU did not do enough to stop cheap Chinese imports and the bloc’s rules on state aid have prevented government intervention.

With Tata expected to set a deadline to sell by the end of May, thousands of jobs could be lost just weeks before the EU vote, adding to the “In” camp’s woes.

Hefin David, Labour’s candidate in Caerphilly, said he may get involved in the “In” campaign after elections for the devolved Welsh Assembly, but his focus is on local issues for the time being.

“The Welsh Labour campaign that I am running in Caerphilly is about the bread and butter issues of health, education and social services,” David told Reuters.

“If people want to vote to get out of Europe they can do that on June 23. This is the Assembly campaign and I think they should be separate … I’m not thinking past May 5,” as he warmed his hands on a coffee in a local supermarket cafe.

Labour leader Jeremy Corbyn is also focused on May 5, his first major electoral test since taking over in September with the strong backing of party members but little support among his own lawmakers.

With some of his opponents in Labour looking for a reason to justify a leadership challenge, all eyes are on the May results.

There is reason for Labour to be concerned.

Wales, which has a population of around 3 million and is the poorest region in Britain, according to official statistics, is traditionally a Labour stronghold where the party has won every Assembly election since it was created in 1999.

Opinion polls show the party is now running around 14 percentage points below where it was at the same time before the last assembly election in 2011.

Cardiff University’s Scully says a worse result than in 2007, when Labour won 26 out of 60 assembly seats in its poorest performance there so far, would set off alarm bells that could have national implications.

“Some losses have been priced in … 2007 is probably the benchmark. If they are doing worse than that then I think serious questions will be raised and should be raised, both about the leadership in Wales and the leadership of the party across Britain,” he said.

A long-time eurosceptic, Corbyn now backs the party’s position that Britain should remain in the bloc.

But he has come under fire for not doing enough to help the cause, and with polls showing that backers of Cameron’s Conservatives are more likely to be eurosceptics, some supporters fear the “In” politicians are cutting it very fine.

A YouGov poll published on April 11 showed support in Wales for Britain leaving the EU had risen 3 percentage points from a month earlier to 39 percent, while those wanting to remain had dropped by the same amount, to 38 percent.

“If we don’t get the Labour vote out, we are going to lose,” said one person involved in the “Wales Stronger In” campaign.