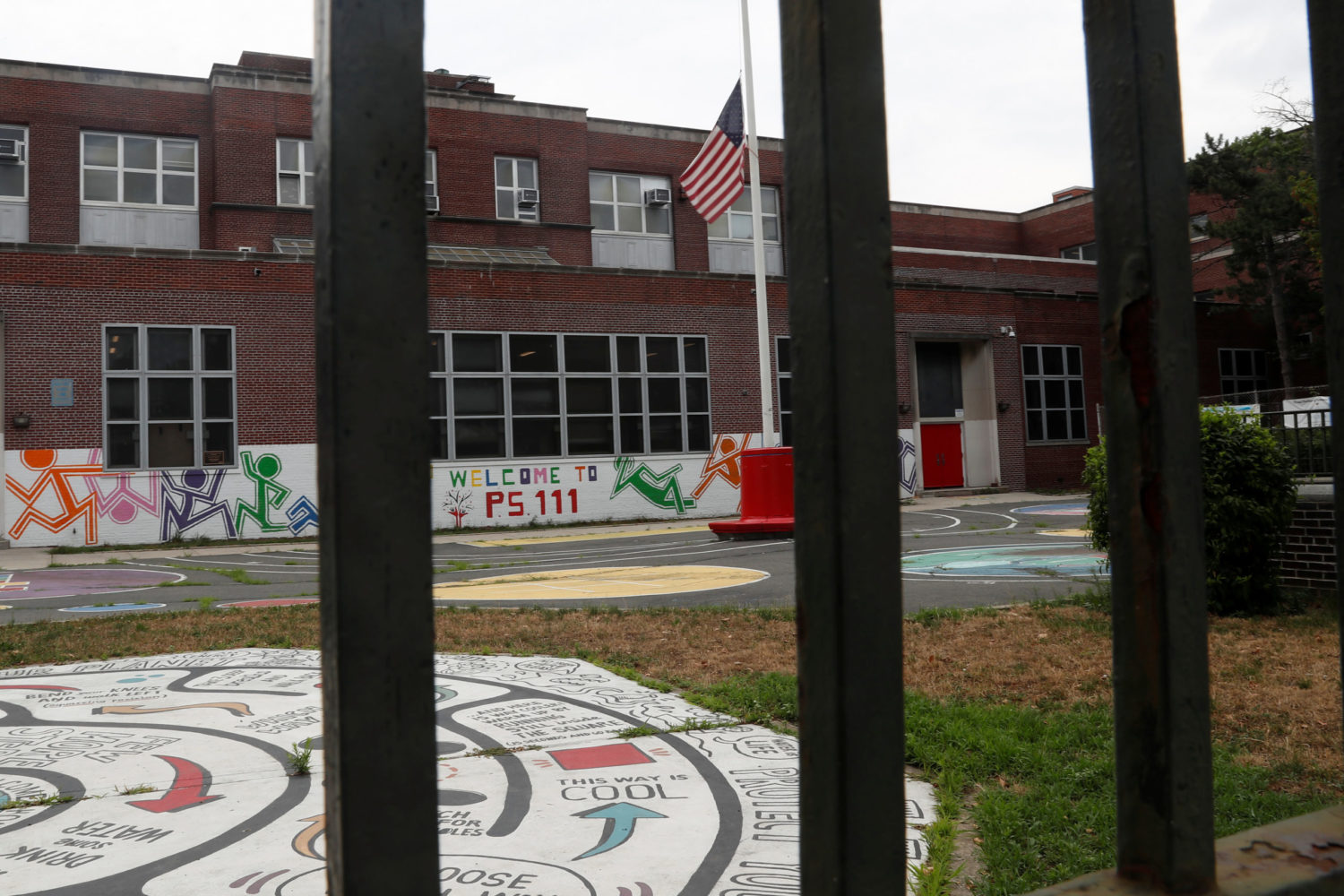 WASHINGTON (Reuters) – As the debate rages over how to safely reopen U.S. schools this autumn, one factor weighs heavily: the nation’s 98,000 public “K-12” schools are a cornerstone of the economy, and a massive jobs engine.

With a total workforce of about eight million Americans before the pandemic, kindergarten through 12th grade public education is also one of the largest U.S. employment sectors, exceeding construction, hospitals, finance and insurance and transportation and warehousing.

Total expenditures for these schools were $721 billion during the 2018 fiscal year, according to U.S. Census Bureau data.

That is more than the U.S. Defense Department’s $671 billion budget that year, or the Pentagon’s $705 billion request for fiscal 2021.

The Trump administration, including U.S. Education Secretary Betsy DeVos, has been pushing for schools to physically reopen in the fall as U.S. coronavirus deaths near 140,000, the world’s highest. But it has not embraced any blueprint, including federal health guidelines, for how to do that safely.

Parents, teachers and local governments are expressing growing concern, after a string of coronavirus outbreaks at day care and summer school classrooms around the country.

The White House has little real sway over whether public schools will reopen – just about 8% of U.S. K-12 public school funding comes from the federal government, with the remainder split fairly evenly between state and local governments, the Census Bureau data shows.

The Department of Education says public school spending is heavily skewed toward salaries and benefits, which made up 80% of the per-pupil total spending of $12,612 in 2018. About 11% goes to purchased services and 7% to supplies.

Maintaining these jobs is particularly important for local communities because of the economic multiplier effect, said Elise Gould, senior economist at the Economic Policy Institute in Washington. That $721 billion in public school spending in 2018 translated to about $1.08 trillion in direct GDP output, she calculates, not including the economic benefits of better-educated workers.

Although it rebounded somewhat in June, local government education employment is still down by 667,000 since March, when schools shifted largely to online instruction, Bureau of Labor Statistics data show.

That is nearly double the 351,000 jobs lost in local school districts after the 2008-2009 financial crisis, when tax revenues and budgets withered.

The losses could increase without federal aid to state and local governments, Gould said. “They’re faced with austerity and severe cuts and education is one of the places they look.”

Many of those laid off, including teaching assistants, counselors, and maintenance workers, are likely supported by enhanced unemployment benefits, scheduled to expire at the end of July.

Online-only K-12 education or closed schools may pull parents, and especially women, out of the workforce, particularly those with very young children that need more supervision.

According to a recent McKinsey & Co report on reopening schools, about 26.8 million Americans, or about 16% of the workforce, are dependent on child care in order to work.

Physically opening schools a few days a week, as has been proposed in New York City, will not help much without more federal aid for child care, said Bruce Fuller, a professor of education and public policy at the University of California-Berkeley.

“This cost would be offset by the surge in labor supply and income, as parents flock back to work, helping to jump-start the economy,” Fuller said.

DeVos told CNN on Sunday that because children contract the virus at a far lower rate than adults, there is little danger for them to be back in schools.

“We know that schools across the country look very different and that there’s not going to be a one-size-fits-all approach to everything,” DeVos told Fox News Sunday.

Despite the threat to their jobs, teachers are not pushing to reopen schools. A USA Today poll at the end of May revealed that one in five teachers said they were unlikely to return to their classrooms in the fall.

A Kaiser Family Foundation study found that nearly 1.5 million U.S. teachers, almost one in four, were at greater risk of serious illness if infected with the coronavirus due to age or existing health conditions. 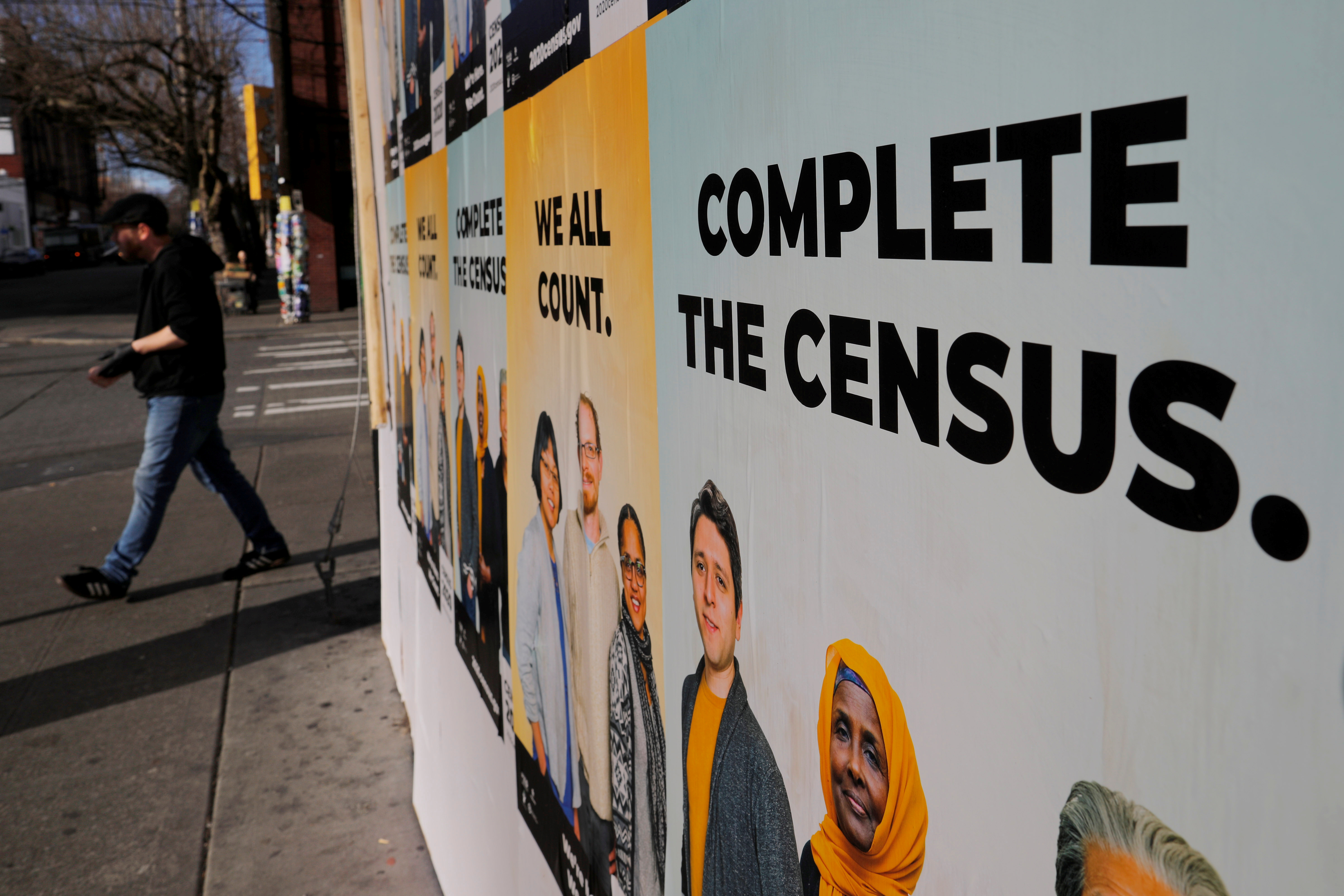 WASHINGTON (Reuters) – The Census Bureau, which stopped some of its work last month because of the new coronavirus, said on Monday that it planned to ramp up again beginning on June 1 but would need more time to complete the count.

The Census Bureau, which is under the Commerce Department and counts all Americans every 10 years, suspended field collection in March but is planning to re-start on June 1, according to a statement from Commerce Secretary Wilbur Ross and Bureau Director Steven Dillingham.

The bureau also said that it would ask Congress for permission to delay its work by 120 days. This would mean that it would complete data collection by Oct. 31 and release state populations by April 30, 2021. Redistricting data would be given to states by July 31, 2021. The survey determines how the state legislatures draw voting districts during the next round of redistricting and guides the federal government in allocating $1.5 trillion a year in aid.

“In-person activities, including all interaction with the public, enumeration, office work and processing activities, will incorporate the most current guidance to promote the health and safety of staff and the public,” the statement said.

The bureau also said that 70 million households have responded, or about 48%. 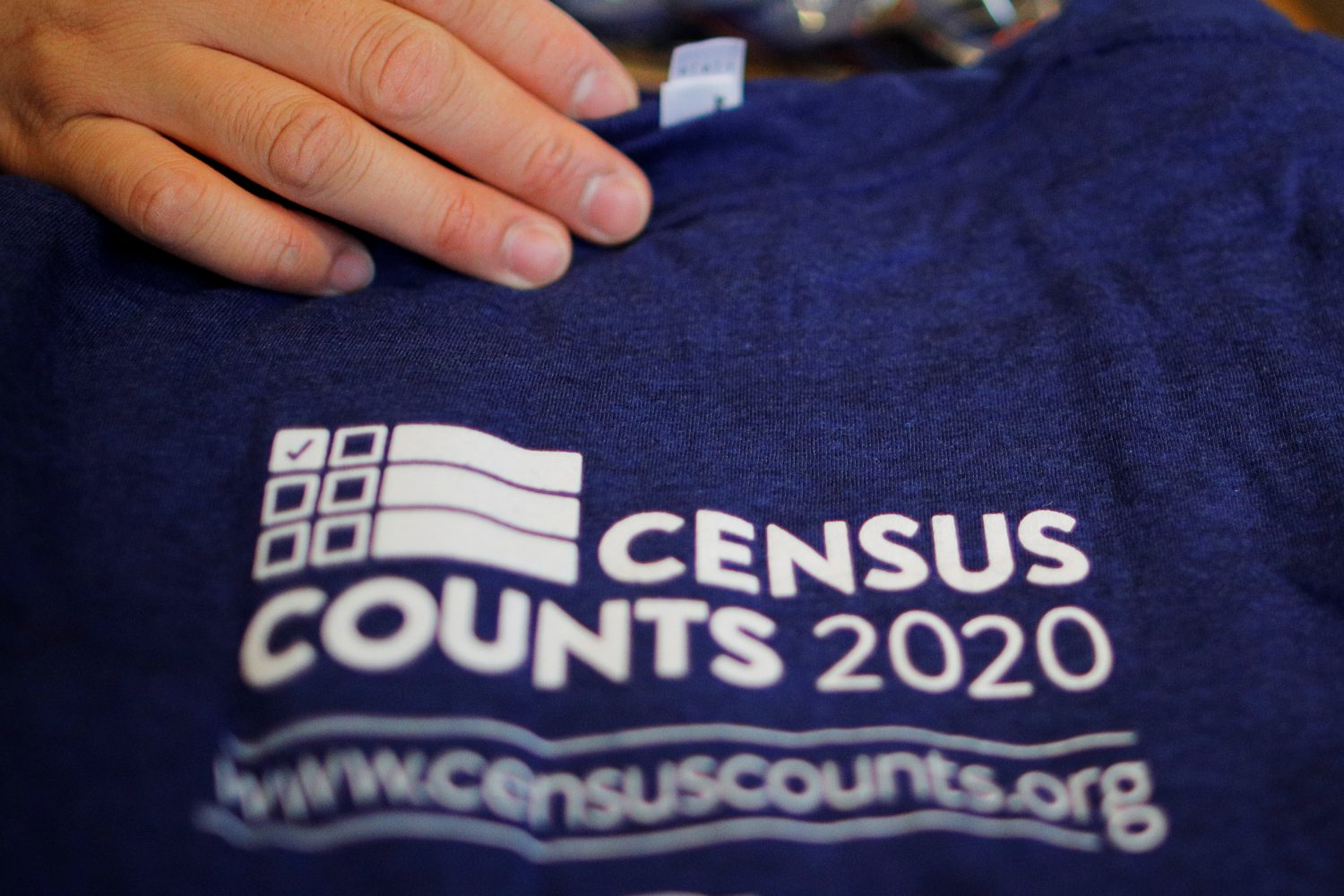 (Reuters) – The Trump administration has few realistic options to get a citizenship question onto next year’s census, but by keeping the issue in the public eye it could still trigger an undercount of residents in Democratic-leaning areas, legal and political experts told Reuters.

Constant media coverage linking citizenship and census forms could scare undocumented immigrants away from responding and rally U.S. President Donald Trump’s base to participate, they said. That, in turn, would help redraw voting districts across the country in favor of his Republican party, encouraging the president to pursue a legal battle that he has little chance of winning.

The latest parlay came on Sunday evening, when the U.S. Department of Justice installed a new team of lawyers to handle the last iterations of litigation that has been going on for more than a year.

“Even if the question is (taken) off, if people are tweeting as if it may be a real possibility, it continues to raise fears and depress the count,” said Thomas Wolf, a lawyer who focuses on census issues at the Brennan Center for Justice.

The U.S. Constitution requires the government to count all residents – whatever their legal status – every 10 years. The information collected becomes the basis for voting maps and distributing some $800 billion in federal funds each year.

It is illegal for the Census Bureau to share information about individuals with law enforcement or immigration authorities. But the idea of asking residents about citizenship status has nonetheless stoked fears that the survey would become a tool for the Trump administration’s hardline immigration policies.

The president and his allies have said it is important to know about citizenship status, and characterized the question as something that should not draw controversy.

“So important for our Country that the very simple and basic ‘Are you a Citizen of the United States?’ question be allowed to be asked in the 2020 Census,” the president tweeted on July 4.

A Reuters poll earlier this year also showed 66% of Americans support its inclusion.

But demographers, advocacy groups, corporations and even the Census Bureau’s own staff have said the citizenship question threatens to undermine the survey.

Communities with high immigrant and Latino populations could have low response rates. Researchers have estimated that more than 4 million people out of a total U.S. population of some 330 million may not participate.

That would benefit non-Hispanic whites, a core part of Trump’s support, and help Republicans gain seats in Congress and state legislatures, critics have said.

The question seemed dead in June, when the Supreme Court blocked it, saying the administration had given a “contrived” rationale for its inclusion.

However, the high court left open the possibility that the administration could offer a plausible rationale. Department of Justice lawyers said on Friday that they were exploring other explanations. Trump also said he may try to force it into the survey through an executive order.

Legal experts immediately slapped down the ideas. It will be hard to convince justices that a new explanation is not also contrived, and an executive order would not override the Supreme Court decision or undo other court orders blocking the citizenship question, they said.

“There is nothing talismanic about an executive order,” said a statement from Thomas Saenz, the president and general counsel of MALDEF, a Latino rights group pursuing one of the cases against the administration. “Our government is not a dictatorship.”

Trump also said on Friday that although census forms are already being printed, the government could later produce “an addendum.”

It is not clear how that might work, but census experts said it would be an unprecedented disruption to a process that has been in motion for years.

“Any suggestion that on a moment’s notice the Census Bureau could add an extra piece of paper with an additional question to a census that it has been planning literally for a decade demonstrates a breathtaking ignorance of what it takes to pull off a census,” said Terri Ann Lowenthal, a census consultant.

An addendum would also likely be challenged in courts for running afoul of various administrative laws.

On Friday, the American Civil Liberties Union filed a motion https://www.aclu.org/legal-document/motion-amend to prevent the citizenship question from being added.

In the meantime, attention surrounding the legal debacle may already be hurting the census and helping Trump achieve his goals, said Jessica Levinson, a professor at Loyola Law School in Los Angeles.

“The longer he has this conversation, the worse it is for an accurate census count,” she said.

The U.S. Census Bureau released a report Thursday showing that 48 million Americans are living in poverty.

The report says that despite government programs that help the poor, even 16% of children are still living in poverty.

The report from the Census Bureau is different than the standard report because it takes into account living conditions when considering who is in poverty.  So while the official national poverty line is $23,283 for a family of four, in major cities the measure could be $30,000 or more.

California’s poverty rate under the new stat review is 23.4%, meaning almost 1 in 4 Californians can’t afford to live in that state’s high costs of living.  New York, Florida and 10 other states had increases in their poverty numbers with the new measure.

The biggest factor putting people into poverty is medical bills according to the report.