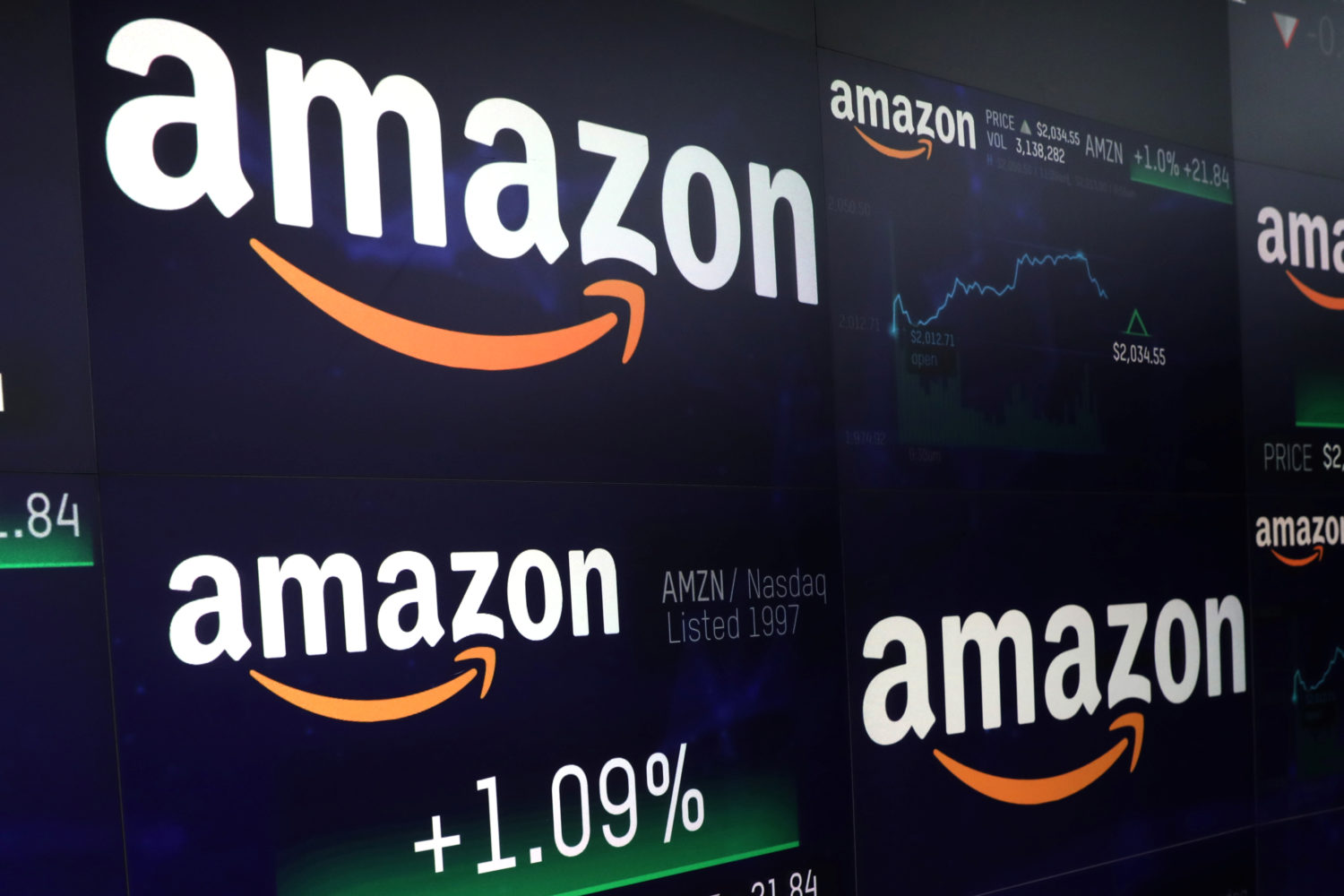 (Reuters) – Amazon.com Inc on Wednesday said a handful of workers staged a demonstration at one of its warehouses near Detroit, reflecting the ongoing concerns among its staff about contracting the coronavirus on the job.

Less than 15 of Amazon’s more than 4,000 employees at its Romulus, Michigan fulfillment center participated, following confirmation that a worker based there had tested positive for the virus, the company said.

Those protesting have demanded Amazon shut down the facility for additional cleaning and cover all medical bills for associates and their family members who contracted COVID-19 from the site, according to a Facebook live stream of the demonstration. 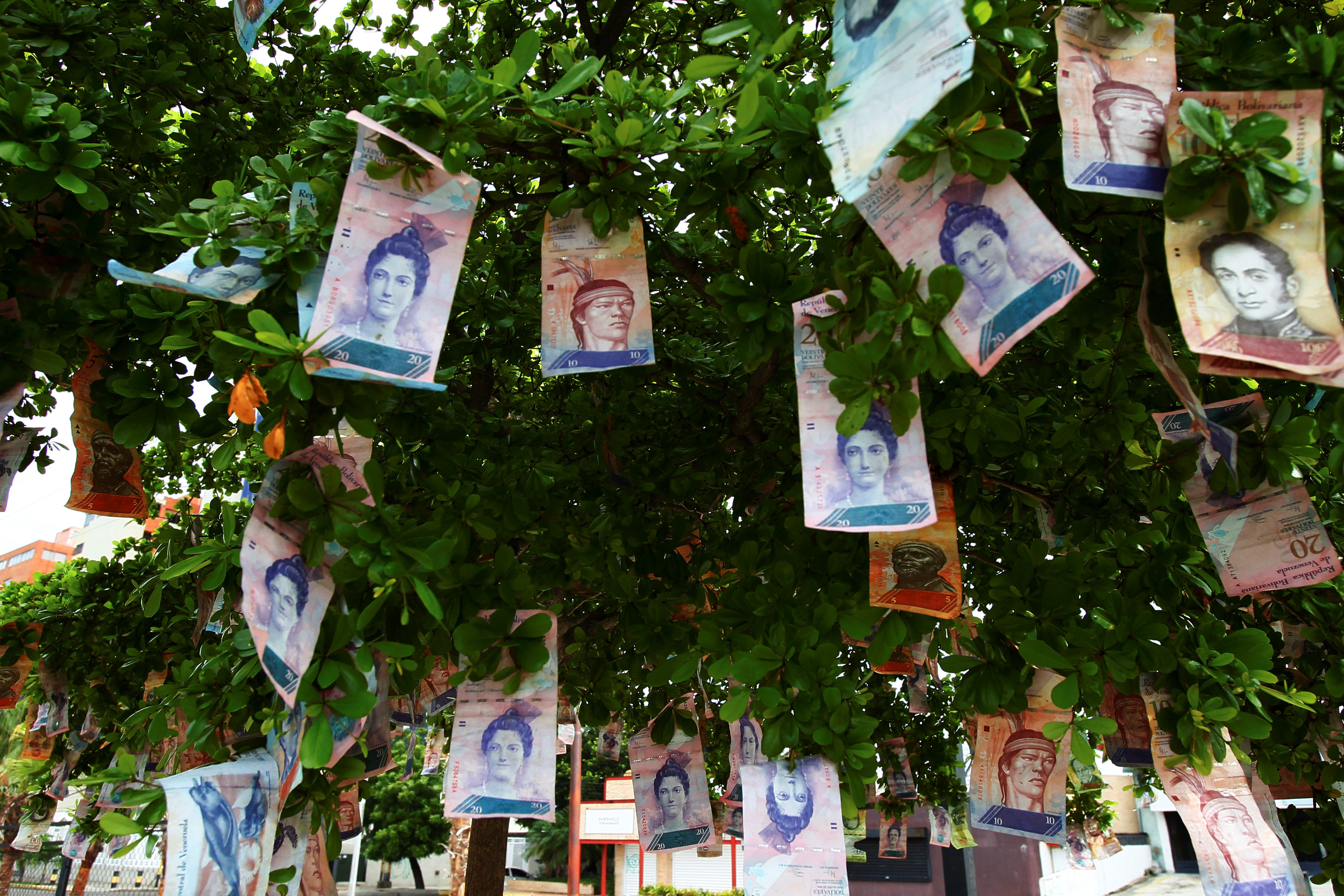 By Eyanir Chinea and Maria Ramirez

CARACAS/CIUDAD GUAYANA, Venezuela (Reuters) – There was no way Jose Ramon Garcia, a food transporter in Venezuela, could afford new tires for his van at $350 each.

Whether he opted to pay in U.S. currency or in the devalued local bolivar currency at the equivalent black market price, Garcia would have had to save up for years.

Though used to expensive repairs, this one was too much and put him out of business. “Repairs cost an arm and a leg in Venezuela,” said the now-unemployed 42-year-old Garcia, who has a wife and two children to support in the southern city of Guayana.

For a decade and a half, strict exchange controls have severely limited access to dollars. A black market in hard currency has spread in response, and as once-sky-high oil revenue runs dry, Venezuela’s economy is in free-fall.

The practice adopted by gourmet and design stores in Caracas over the last couple of years to charge in dollars to a select group of expatriates or Venezuelans with access to greenbacks is fast spreading.

Food sellers, dental and medical clinics, and others are starting to charge in dollars or their black market equivalent – putting many basic goods and services out of reach for a large number of Venezuelans.

According to the opposition-led National Assembly, November’s rise in prices topped academics’ traditional benchmark for hyperinflation of more than 50 percent a month – and could end the year at 2,000 percent. The government has not published inflation data for more than a year.

“I can’t think in bolivars anymore, because you have to give a different price every hour,” said Yoselin Aguirre, 27, who makes and sells jewelry in the Paraguana peninsula and has recently pegged prices to the dollar. “To survive, you have to dollarize.”

The socialist government of the late president Hugo Chavez in 2003 brought in the strict controls in order to curb capital flight, as the wealthy sought to move money out of Venezuela after a coup attempt and major oil strike the previous year.

Oil revenue was initially able to bolster artificial exchange rates, though the black market grew and now is becoming unmanageable for the government.

TRIM THE TREE WITH BOLIVARS

President Nicolas Maduro has maintained his predecessor’s policies on capital controls. Yet, the spread between the strongest official rate, of some 10 bolivars per dollar, and the black market rate, of around 110,000 per dollar, is now huge.

While sellers see a shift to hard currency as necessary, buyers sometimes blame them for speculating.

“We don’t earn in dollars. It’s abusive to charge in dollars!” said Vetencourt, who had to decimate his savings to pay for the surgery.

In just one year, Venezuela’s currency has weakened 97.5 per cent against the greenback, meaning $1,000 of local currency purchased then would be worth just $25 now.

Maduro blames black market rate-publishing websites such as DolarToday for inflating the numbers, part of an “economic war” he says is designed by the opposition and Washington to topple him.

On Venezuela’s borders with Brazil and Colombia, the prices of imported oil, eggs and wheat flour vary daily in line with the black market price for bolivars.

In an upscale Caracas market, cheese-filled arepas, the traditional breakfast made with corn flour, increased 65 percent in price in just two weeks, according to tracking by Reuters reporters. In the same period, a kilogram of ham jumped a whopping 171 percent.

The runaway prices have dampened Christmas celebrations, which this season were characterized by shortages of pine trees and toys, as well as meat, chicken and cornmeal for the preparation of typical dishes.

In one grim festive joke, a Christmas tree in Maracaibo, the country’s oil capital and second city, was decorated with virtually worthless low-denomination bolivar bills.

Most Venezuelans, earning just $5 a month at the black market rate, are nowhere near being able to save hard currency.

“How do I do it? I earn in bolivars and have no way to buy foreign currency,” said Cristina Centeno, a 31-year-old teacher who, like many, was seeking remote work online before Christmas in order to bring in some hard currency. 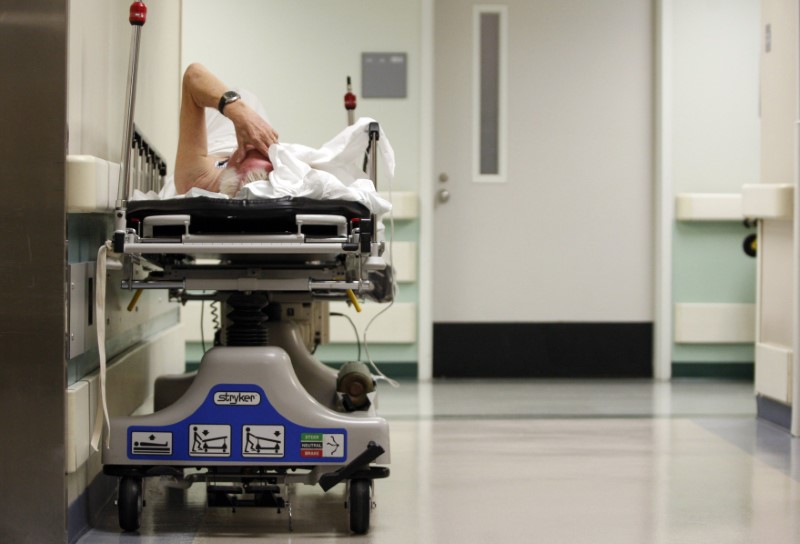 (Reuters Health) – – Two Yale economists are calling for states to end a practice that allows some doctors to surprise patients with large medical bills after visits to a hospital emergency room.

The bills appear when people show up for treatment at a hospital that’s in the patient’s insurance network but the hospital has hired doctors who are independent contractors who choose not to be part of that network.

The result: unexpected bills that average $622, according to a new analysis in the New England Journal of Medicine by Zack Cooper and Finoa Scott Morton.

They found one person who was billed an extra $19,603 after going to an emergency room where the extra costs were added in and not covered by insurance.

Even a $622 bill is daunting when nearly half of Americans can’t cover a $400 expense without borrowing money or selling assets, according to data from the Federal Reserve.

Patients “are not thinking of the bill when they need to get care and they get walloped later with a bill from a physician they didn’t know, couldn’t choose and couldn’t avoid,” Cooper told Reuters Health in a telephone interview.

“It’s roughly analogous to going out to dinner, having a decent meal, paying the bill, and eight weeks later getting a $10,000 bill from the guy who served the bread. And they threaten to send us to collection if we don’t pay,” he said.

“It isn’t just emergency care,” Cooper said. “This happens for a whole lot of other things – anesthesiologists, assistant surgeons, radiologists and laboratories. This is a vagary of how we pay for health care. But the emergency room example is particularly egregious.”

In response, the American College of Emergency Physicians (ACEP) released a statement in which its president, Dr. Rebecca Parker, complained that “the study does not discuss that insurance companies are misleading patients by selling so-called ‘affordable’ policies that cover very little until large deductibles are met – then blaming physicians for charges.”

Dr. Parker also challenged the $19,603 bill and noted that Cooper and Morton didn’t identify the insurance company supplying the data.

The two economists suggest that “the best solution would be for states to require hospitals to sell a bundled ED (emergency department) care package that includes both facility and professional fees.”

Dr. Jim Augustine, an ACEP expert on out-of-network issues, said billing used to be a package deal until the federal government demanded separate billing in the 1970s and 1980s. What has changed, he told Reuters Health by phone, is that the insurance companies have decreased what they will pay for and set up narrow networks of providers.

Cooper and Morton said if physician costs were bundled with the cost of each emergency room visit, hospitals would determine what physicians would be paid and that agreement would be part of the emergency room package. There would be no surprise bills for consumers and it would preserve marketplace competition because if a doctor doesn’t like what a hospital is willing to pay for treating patients, the doctor could work at a different hospital. Hospitals would compete by offering the best rates to attract good doctors.

Under such a system, they said, “Most crucially, patients would always be protected.”

In their study, Cooper and Morton found that 22 percent of visits involved patients going to an in-network hospital emergency room staffed by out-of-network doctors.

The odds of that happening varied regionally. It was seen in 89 percent of visits in McAllen, Texas, but virtually no visits in Boulder, Colorado.

“The fact that we see places where this just doesn’t happen really tells us that this doesn’t really need to happen,” said Cooper, an assistant professor of health and economics at Yale. “There’s a lot of things that are broken in healthcare that we can’t fix or (are) really challenging. This is one that’s really big, that harms a lot of people, and that’s really easy to solve.”

The U.S. Census Bureau released a report Thursday showing that 48 million Americans are living in poverty.

The report says that despite government programs that help the poor, even 16% of children are still living in poverty.

The report from the Census Bureau is different than the standard report because it takes into account living conditions when considering who is in poverty.  So while the official national poverty line is $23,283 for a family of four, in major cities the measure could be $30,000 or more.

California’s poverty rate under the new stat review is 23.4%, meaning almost 1 in 4 Californians can’t afford to live in that state’s high costs of living.  New York, Florida and 10 other states had increases in their poverty numbers with the new measure.

The biggest factor putting people into poverty is medical bills according to the report.