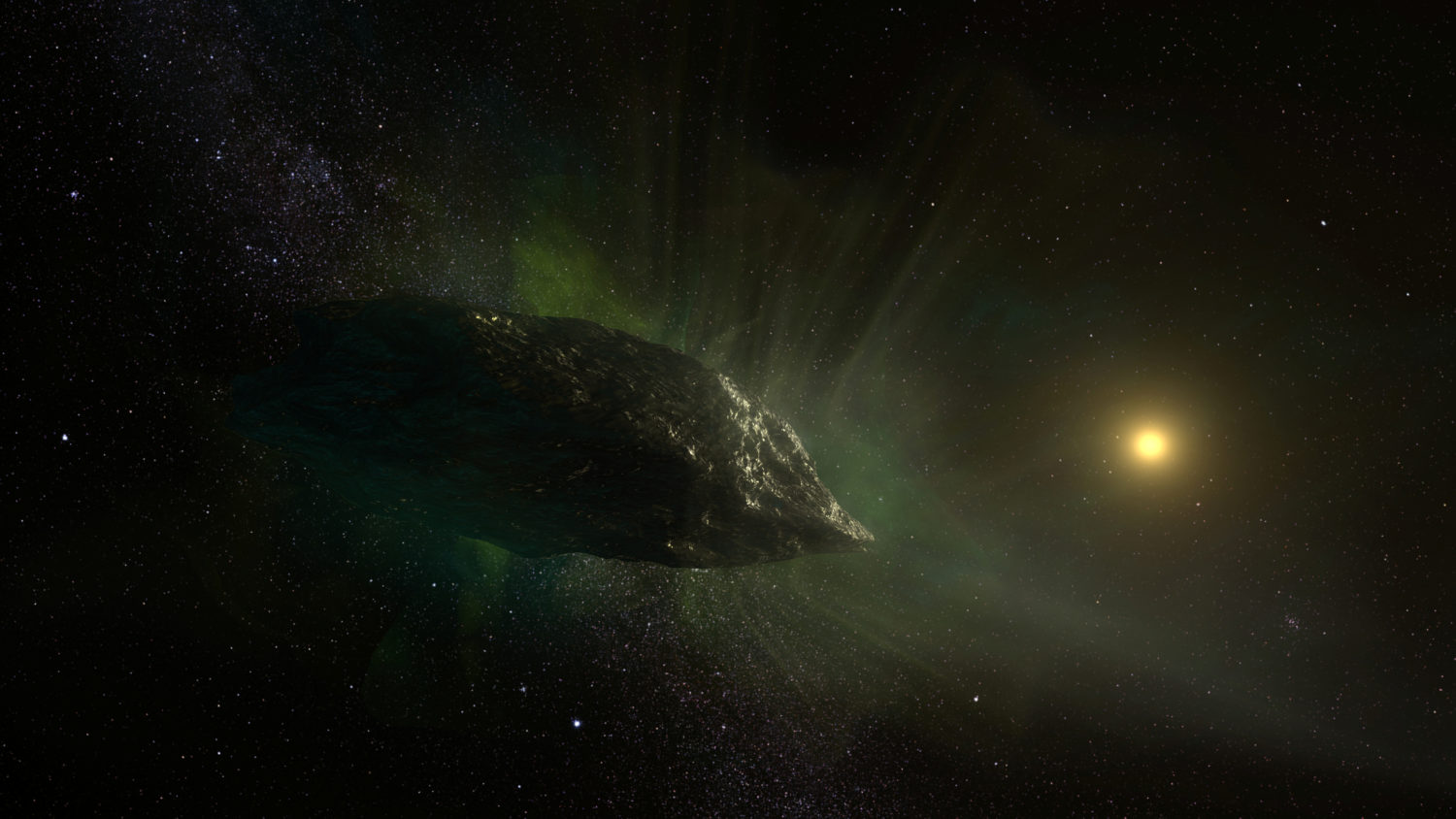 WASHINGTON (Reuters) – Scientists have discovered that a comet called 2I/Borisov – only the second interstellar object ever detected passing through the solar system – is surprisingly different in its composition from comets hailing from our celestial neighborhood.

Carbon monoxide, poisonous to humans, is common as a gas in space and forms as ice only in the most frigid locations. The presence of so much carbon monoxide, the researchers said, suggests 2I/Borisov formed in a different manner than comets in our solar system – in a very cold outer region of its home star system or around a star cooler than the sun.

“We like to refer to 2I/Borisov as a snowman from a dark and cold place,” said planetary scientist Dennis Bodewits of Auburn University in Alabama, lead author of one of two 2I/Borisov studies published in the journal Nature Astronomy.

“Comets are left-over building blocks from the time of planet formation. For the first time, we have been able to measure the chemical composition of such a building block from another planetary system while it flew through our own solar system,” Bodewits added.

The comet, detected in August 2019 by amateur astronomer Gennady Borisov and estimated to be about six-tenths of a mile (1-km) wide, has zoomed through interstellar space after being ejected from its original star system.

It was born long ago in a rotating disc of gas and dust surrounding a newly formed star in a place that must have been rich in carbon monoxide, Bodewits said. That star may have been what is called an M-dwarf, far smaller and cooler than the sun and the smallest type of star that is known, Bodewits said.

Scientists initially concluded last year that 2I/Borisov was similar to comets from our solar system, but data from the Hubble Space Telescope and an observatory in Chile revealed its differences.

The researchers also found an abundance of hydrogen cyanide at levels similar to comets from our solar system.

“This shows that 2I/Borisov is not a completely alien object, and confirms some similarity with our ‘normal’ comets, so the processes that shaped it are comparable to the way our own comets formed,” said Martin Cordiner, an astrobiologist working at NASA’s Goddard Space Flight Center in Maryland and lead author of the other study.

The only other interstellar visitor discovered in our solar system was a cigar-shaped rocky object called ‘Oumuamua spotted in 2017. 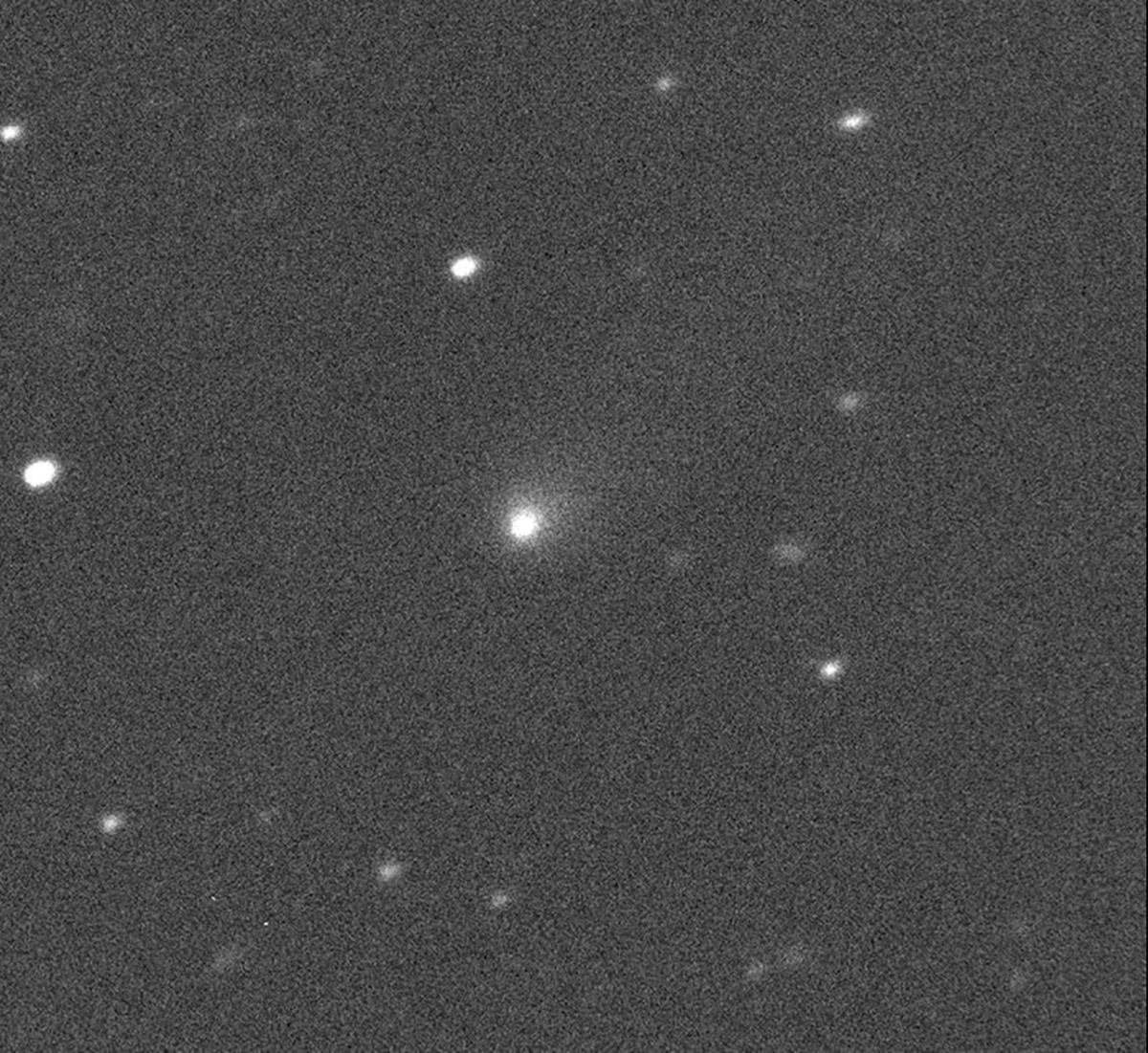 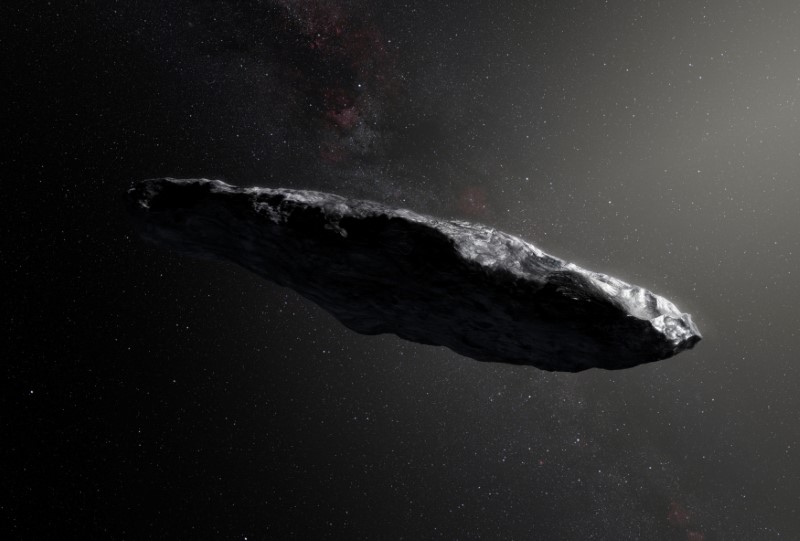 WASHINGTON (Reuters) – The reddish cigar-shaped object called ‘Oumuamua spotted last year tumbling through space is a comet, scientists said on Wednesday, solving the mystery over how to classify the first interstellar object found passing through our solar system.

Astronomers said they closely examined the trajectory of ‘Oumuamua, which measures about a half-mile (800 meters) long, as it speeds through our cosmic neighborhood after being evicted somehow from a distant star system.

They found that it is deviating slightly from a path that would be explained purely by the Sun’s gravitational pull because of what apparently is a very small emission of gas from its surface, indicative of a comet.

‘Oumuamua (pronounced oh-MOO-uh-MOO-uh) initially was pegged as a comet, but it lacks the tail of gas and dust characteristic of many comets, and some scientists argued that it was perhaps a dry asteroid.

“It does not display any tail in any observation we obtained,” said astronomer Marco Micheli of the European Space Agency’s SSA-NEO Coordination Centre in Italy, who led the study, published in the journal Nature.

“However, our analysis shows that the amount of emitted gas that is needed to generate this extra force we see would have been so small as to be invisible in our observations,” he said in an email.

This “extra force” acting on the object’s trajectory amounts to only about 0.1 percent of the Sun’s gravitational attraction.

‘Oumuamua was first detected last October by the University of Hawaii’s Pan-STARRS1 telescope. Its name refers in the native Hawaiian language to a messenger arriving from a great distance.

It previously slingshot past the Sun traveling at roughly 196,000 miles per hour (315,000 km per hour) and is heading out of the solar system in the direction of the constellation Pegasus. ‘Oumuamua as of last month was roughly the same distance from the Sun as Jupiter.

Astronomers suspect that more visitors from other star systems will be discovered passing through our solar system.

“The discovery of ‘Oumuamua is an absolute first in the field, and it provided our first opportunity to study an object coming from another star and planetary system,” Micheli said. “The existence of these objects was expected, but seeing one for the first time, and being able to study it in detail, is a unique chance to know more on these distant systems, and how they formed.”

(Reporting by Will Dunham; Editing by Steve Orlofsky)

Watch the latest video at video.foxnews.comSource: FOX News – Comet flyby to be seen from Earth

Excitement continues to rise among both professional and amateur astronomers about Comet ISON, which on Nov. 28 of this year might become one of the brightest comets ever seen, outshining such recent dazzlers as Comet Hale-Bopp (1997) and Comet McNaught (2007).

Fortunately, Comet ISON was discovered 14 months before this perihelion passage — its closest point to the sun — while still distant and faint, thus giving observers time to plan. Another major advantage is that this fine object will be favorably placed for viewing, first in the morning sky before perihelion passage on Nov. 28, and then both in the morning and evening sky afterward.

Source: FOX News – 2013 comet may be brightest ever seen

Although the comet was at its brightest on March 10 when it was closest to the sun, the comet will be close to the crescent moon Tuesday and Wednesday night. This could provide astronomers and star gazers the opportunity to catch a glimpse of the comet.

In the midst of tracking two comets that will come close to earth in 2014, scientists have discovered a new comet whose trajectory could put it in line to smash into Mars.

The comet, C/2013 A1, is believed to have originated from the Oort Cloud, a region hypothesized from by scientists to be around our solar system containing the nuclei necessary to create comets. The trajectory of the C/2013 A1 is expected to bring it into Mars’ orbit on October 19, 2014. END_OF_DOCUMENT_TOKEN_TO_BE_REPLACED