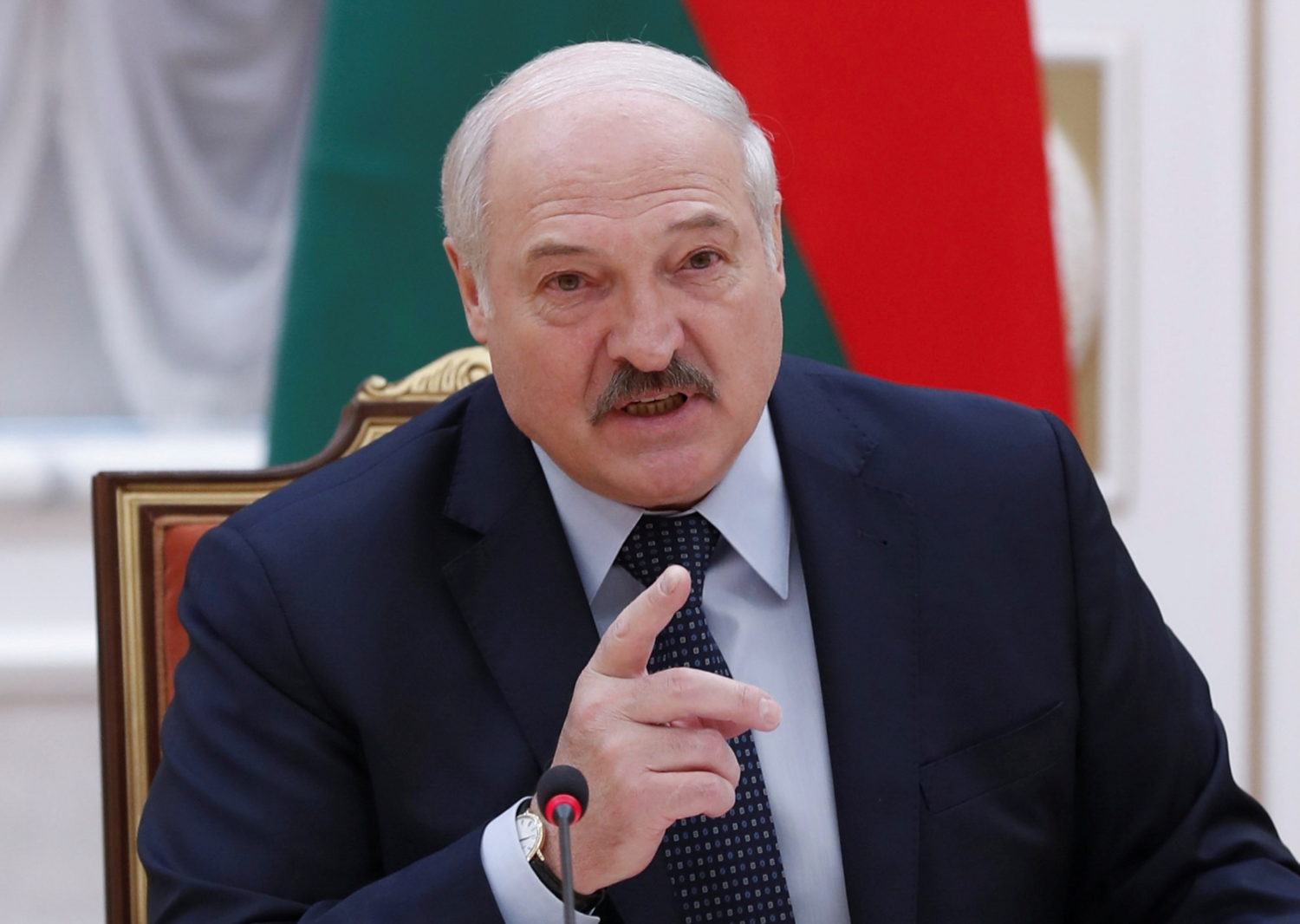 MOSCOW (Reuters) -Belarus’ leader Alexander Lukashenko on Friday ordered the closure of the border with Ukraine, seeking to block what he called an inflow of weapons to coup-plotters detected by his security services, BelTA state news agency reported.

The move appears to deepen a standoff between Belarus and outside powers angered by his government’s forcing down of a Ryanair flight in May and arrest of a government critic who was on the aircraft.

Western countries imposed sanctions on Belarus to punish it for the action, and the European Union and Ukraine have also banned Belarus-registered flights from entering their airspace.

Lukashenko, who has repeatedly accused Western ill-wishers of trying to oust him from power, said rebel groups that were planning to carry out a coup had been uncovered in Belarus.

Speaking at a gathering marking the country’s Independence Day, the veteran leader said Germany, Lithuania, Poland, Ukraine and the United States were behind the alleged rebel activity, BelTA reported.

“A huge amount of weapons is coming from Ukraine to Belarus. That’s why I ordered border-security forces to fully close the border with Ukraine,” Lukashenko said.

Belarus shares a border with Ukraine in the south. It borders Poland and Lithuania in the west, Latvia in the north, and Russia in the east.

The move to shut borders with Ukraine comes days after Belarus recalled its permanent representative to the European Union for consultations after Brussels imposed economic sanctions.

But Lukashenko, who was also sanctioned by the West for a sweeping political crackdown, is seen largely unscathed by the penalties and able to continue financing the economy and his security forces, rating agencies and analysts have said. 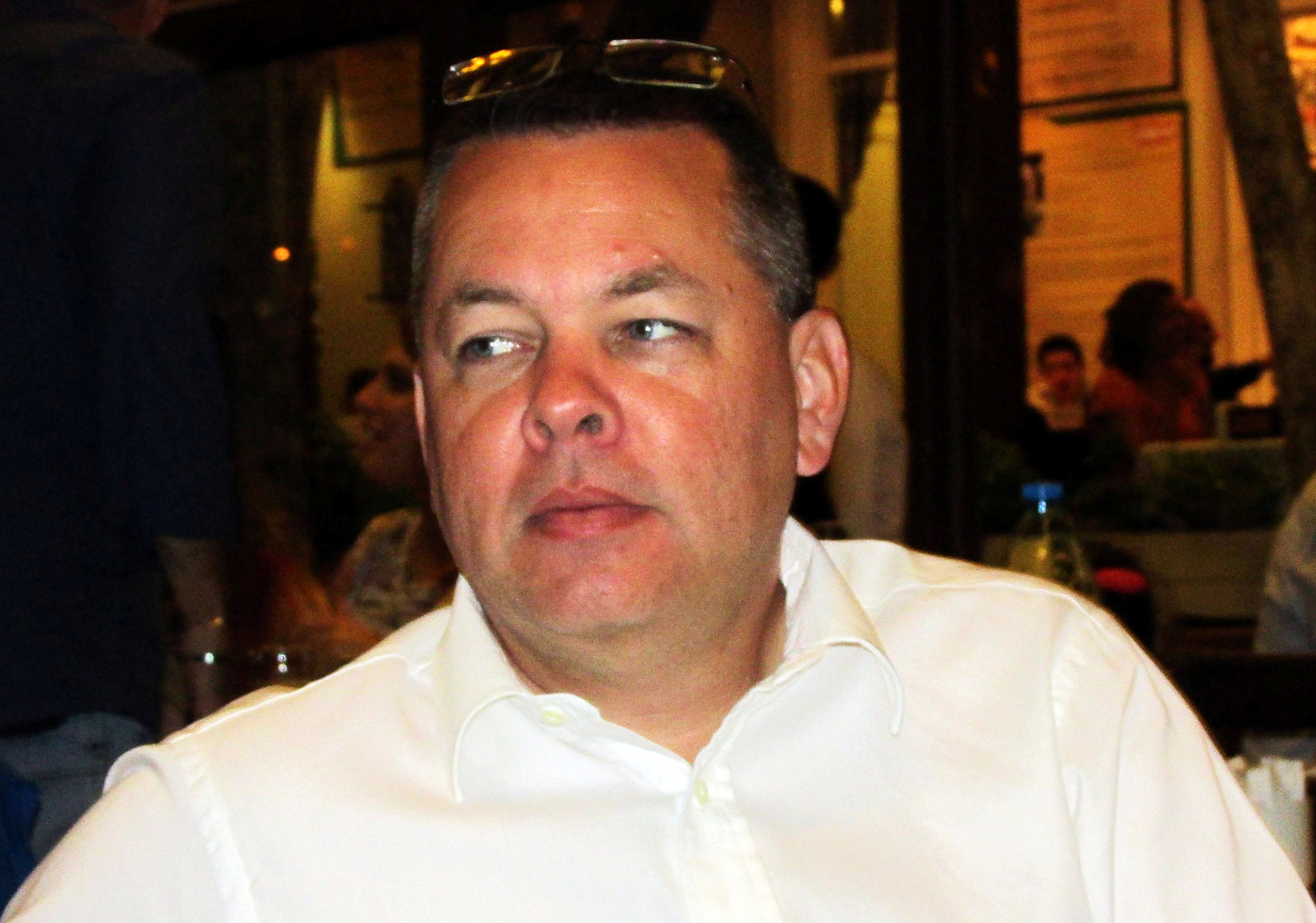 WASHINGTON (Reuters) – Sixty-six U.S. senators signed a letter released on Friday urging Turkey President Tayyip Erdogan to release an American pastor on trial in Turkey on charges he was linked to a group accused of orchestrating a failed military coup.

Andrew Brunson, a Christian pastor who has lived in Turkey for more than two decades, was indicted on charges of helping the group that Ankara holds responsible for a failed 2016 coup against President Tayyip Erdogan. He faces up to 35 years in prison.

“However, we are deeply disturbed that the Turkish government has gone beyond legitimate action against the coup plotters to undermine Turkey’s own rule of law and democratic traditions,” it said.

U.S. President Donald Trump also voiced his support for Brunson on Twitter this week, writing, “They call him a spy, but I am more a spy than he is.”

The senators warned that unspecified measures might be necessary to ensure the Turkish government “respects the rights of law-abiding citizens” of the United States to be in Turkey without the fear of prosecution.

Brunson’s trial is one of several legal cases roiling U.S.-Turkish relations. The two countries are also at odds over U.S. support for a Kurdish militia in northern Syria that Turkey considers a terrorist organization.

Washington has called for Brunson’s release while Erdogan suggested last year his fate could be linked to that of U.S.-based Muslim cleric Fethullah Gulen, whose extradition Ankara has repeatedly sought to face charges over the coup attempt.

Overall, the letter was signed by 43 Republicans and 23 Democrats.