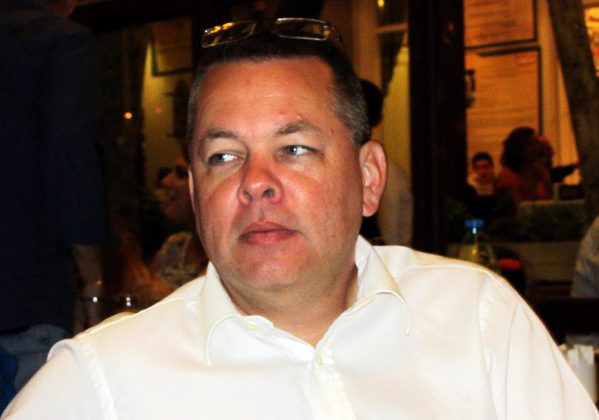 Andrew Brunson, a Christian pastor from North Carolina, U.S. who has been in jail in Turkey since December 2016, is seen in this undated picture taken in Izmir, Turkey. Depo Photos via REUTERS

WASHINGTON (Reuters) – Sixty-six U.S. senators signed a letter released on Friday urging Turkey President Tayyip Erdogan to release an American pastor on trial in Turkey on charges he was linked to a group accused of orchestrating a failed military coup.

Andrew Brunson, a Christian pastor who has lived in Turkey for more than two decades, was indicted on charges of helping the group that Ankara holds responsible for a failed 2016 coup against President Tayyip Erdogan. He faces up to 35 years in prison.

“However, we are deeply disturbed that the Turkish government has gone beyond legitimate action against the coup plotters to undermine Turkey’s own rule of law and democratic traditions,” it said.

U.S. President Donald Trump also voiced his support for Brunson on Twitter this week, writing, “They call him a spy, but I am more a spy than he is.”

The senators warned that unspecified measures might be necessary to ensure the Turkish government “respects the rights of law-abiding citizens” of the United States to be in Turkey without the fear of prosecution.

Brunson’s trial is one of several legal cases roiling U.S.-Turkish relations. The two countries are also at odds over U.S. support for a Kurdish militia in northern Syria that Turkey considers a terrorist organization.

Washington has called for Brunson’s release while Erdogan suggested last year his fate could be linked to that of U.S.-based Muslim cleric Fethullah Gulen, whose extradition Ankara has repeatedly sought to face charges over the coup attempt.

Overall, the letter was signed by 43 Republicans and 23 Democrats.