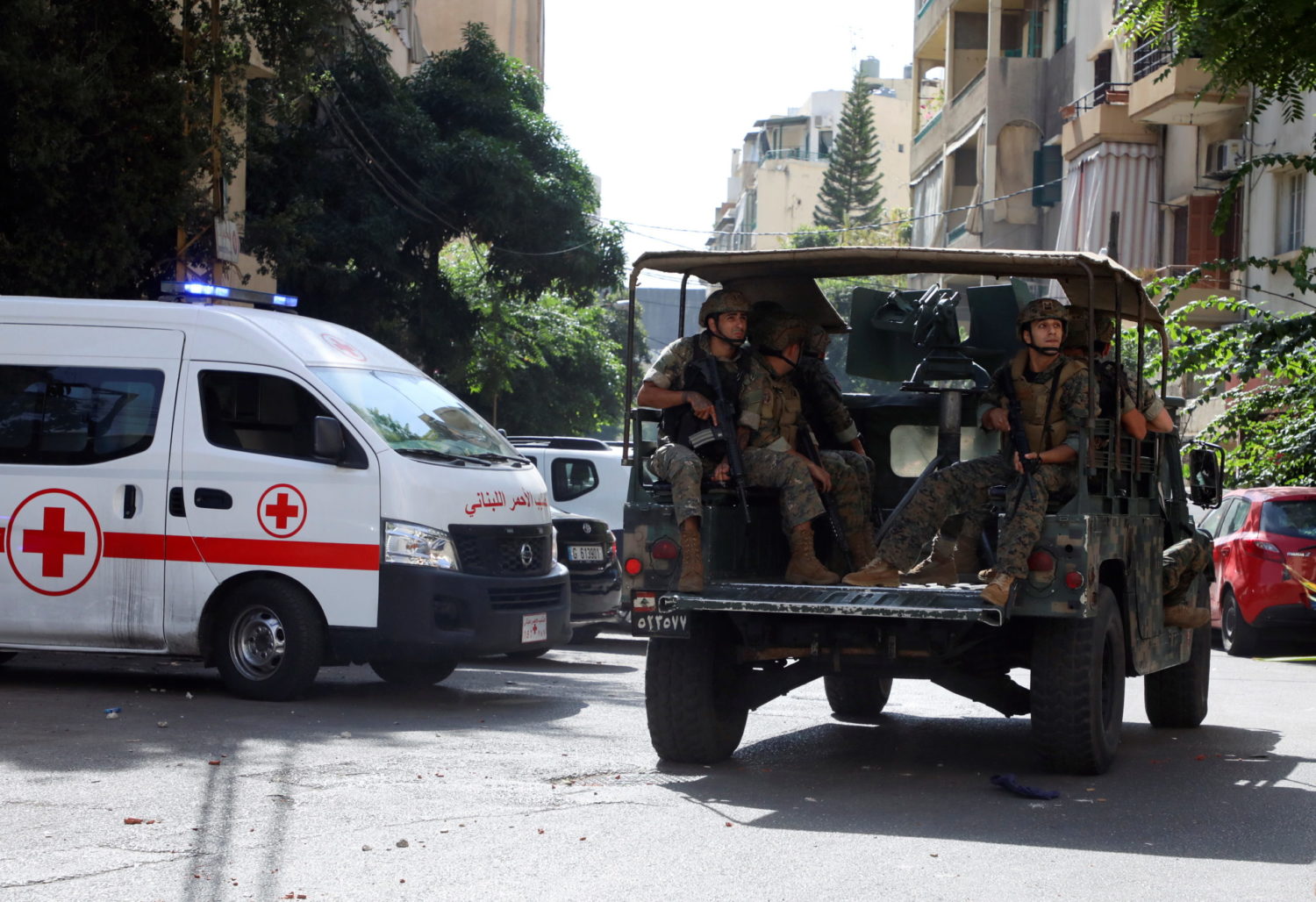 BEIRUT (Reuters) – Six Shi’ites were shot dead in Beirut on Thursday, in an attack on supporters of Hezbollah and its ally who were gathering to demand the removal of the judge investigating the explosion that ripped through the city’s port last year.

The shooting, which took place on a frontline of Lebanon’s 1975-90 civil war and evoked scenes reminiscent of that conflict, marks the deadliest civil violence in Beirut since 2008.

It also highlights a deepening crisis over the probe into the catastrophic August 2020 explosion that is undermining government efforts to tackle one of the most dramatic economic meltdowns in history.

The Iran-backed Hezbollah and its ally, the Shi’ite Amal Movement, accused the Lebanese Forces (LF), a Christian party that has close ties to Saudi Arabia, of mounting the attack.

The LF denied any involvement and condemned the violence, which it blamed on Hezbollah “incitement” against Judge Tarek Bitar, the lead investigator into the port blast, which killed 200 people, wounded thousands and devastated swathes of Beirut.

Coming after repeated warnings from Hezbollah and its allies that continuing Bitar’s probe would split the country, the violence may create a pretext to shut down or shelve further investigation into the explosion.

LF leader Samir Geagea, whose group had a powerful militia in the war, said earlier that the shooting was the result of uncontrolled weapons in society, saying civil peace must be preserved.

During the attack, local television stations broadcast footage of bullets bouncing off buildings and people running for cover. One of the dead was a woman who was struck by a bullet while in her home, a military source said.

At a nearby school, teachers instructed infant children to lie face down on the ground with their hands on their heads, a Reuters witness said. A lifeless body was dragged from the street by bystanders in footage broadcast by al-Jadeed TV.

The army said in a statement the gunfire had targeted protesters as they passed through the Teyouneh traffic circle located in an area dividing Christian and Shi’ite Muslim neighborhoods.

The shooting began from the Christian neighborhood of Ain el-Remmaneh, from where the civil war was set off, before spiraling into an exchange of fire, a military source said.

Interior Minister Mawlawi said all the dead were from one side, meaning Shi’ites.

Hezbollah and the Amal Movement said groups had fired at protesters from rooftops, aiming at their heads in an attack they said aimed to drag Lebanon into conflict.

As Prime Minister Najib Mikati called for calm, the army deployed heavily in the area around Teyouneh and said it would open fire against any armed person on the road.

Bursts of gunfire were heard for hours.

The United States and France said the Lebanese judiciary needed to allowed to investigate the port explosion in an independent and impartial manner.

“The Lebanese people deserve no less and the victims and families of those lost in the port blast deserve no less,” U.S. Under Secretary of State Victoria Nuland said during a visit to Beirut.

“Today’s unacceptable violence makes clear what the stakes are,” said Nuland, in comments echoed by the French Foreign Affairs Ministry.

Judge Bitar has sought to question a number of senior politicians and security officials, including Hezbollah allies, suspected of negligence that led to the port explosion, caused by a huge quantity of ammonium nitrate and one of the biggest non-nuclear blasts on record.

All have denied wrongdoing.

Hezbollah has led calls for Bitar’s removal, accusing him of bias.

On Wednesday, Geagea rejected what he described as any submission to “intimidation” by Hezbollah over Bitar, calling on Lebanese to be ready for peaceful strike action if the “other side” tried to impose its will by force.

The standoff over Bitar’s investigation is diverting the newly formed government’s attention away from addressing a deepening economic crisis, which has plunged more than three quarters of Lebanese into poverty.

Though none of its members have been targeted by the probe, Hezbollah has accused Bitar of conducting a politicized investigation only focused on certain people.

These include some of its closest allies, among them senior figures in the Shi’ite Amal Movement who occupied ministerial posts, including former finance minister Ali Hassan Khalil who told al-Mayadeen TV this week the path of the probe threatened to push Lebanon “towards civil strife”.

A court earlier on Thursday dismissed a legal complaint against Bitar, documents showed, allowing him to resume his investigation.

The violence is the worst since 2008 when followers of the Sunni-led government fought battles in Beirut with gunmen loyal to Hezbollah which took the streets until the government rescinded decisions affecting Hezbollah, including taking steps against a telecommunications network operated by the group. 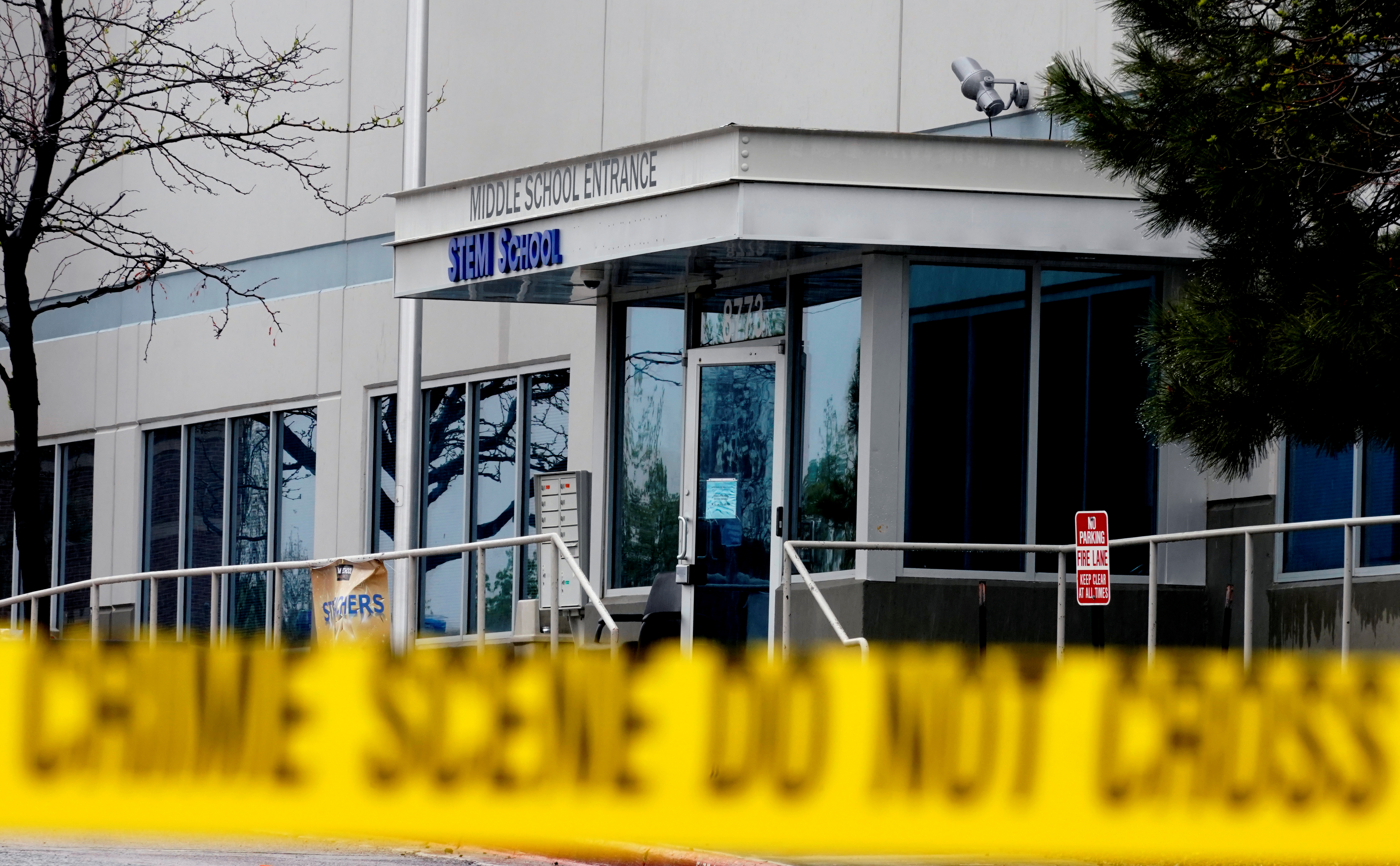 (Reuters) – Five months before Tuesday’s deadly shooting at a Colorado school, a district official urged the school’s director to investigate allegations of student bullying and violence by a parent who feared they could lead to the next “Columbine.”

In a Dec. 19 letter to the director of the STEM School in Highlands Ranch, Colorado, the district official said the anonymous parent raised “concerns about student violence due to a high-pressure environment” and referred to the massacre at a nearby school in 1999.

One student was killed and eight injured when two classmates opened fire with handguns at the school on Tuesday.

The district official’s letter, seen by Reuters, said the parent told Douglas County School Board of Education Director Wendy Vogel by telephone that “many students are suicidal and violent in school. Several students have reported sexual assault and nothing is being done.”

Referencing an alleged bomb threat and “an extremely high drug culture at STEM,” the parent said the environment at the school was “the perfect storm,” according to the letter.

The parent expressed concerns about a repeat of what happened at Columbine when 12 students and one teacher were killed, about five miles northwest of the STEM school.

The district informed police of the allegations, it said. Cocha Heyden, a spokeswoman for the Douglas County Sheriff’s Office, said on Thursday that the district filed a police report about the complaints.

Winsor did not immediately respond to a request for comment.

Eucker said in a statement on Thursday that STEM contacted the school’s 2,800 parents seeking information on the complaints.

On January 17, the school filed a lawsuit in Douglas County District Court seeking to establish the identity of the anonymous parent, who it said defamed the school and Eucker.

On Feb. 1, the school told parents their attorney was seeking “full remedy” for the “outrageous accusations,” which also included embezzling public funds and teaching children how to build bombs.

“We want you to know the depth of this depravity and apologize if you find this as offensive as we did,” said that letter, seen by Reuters.