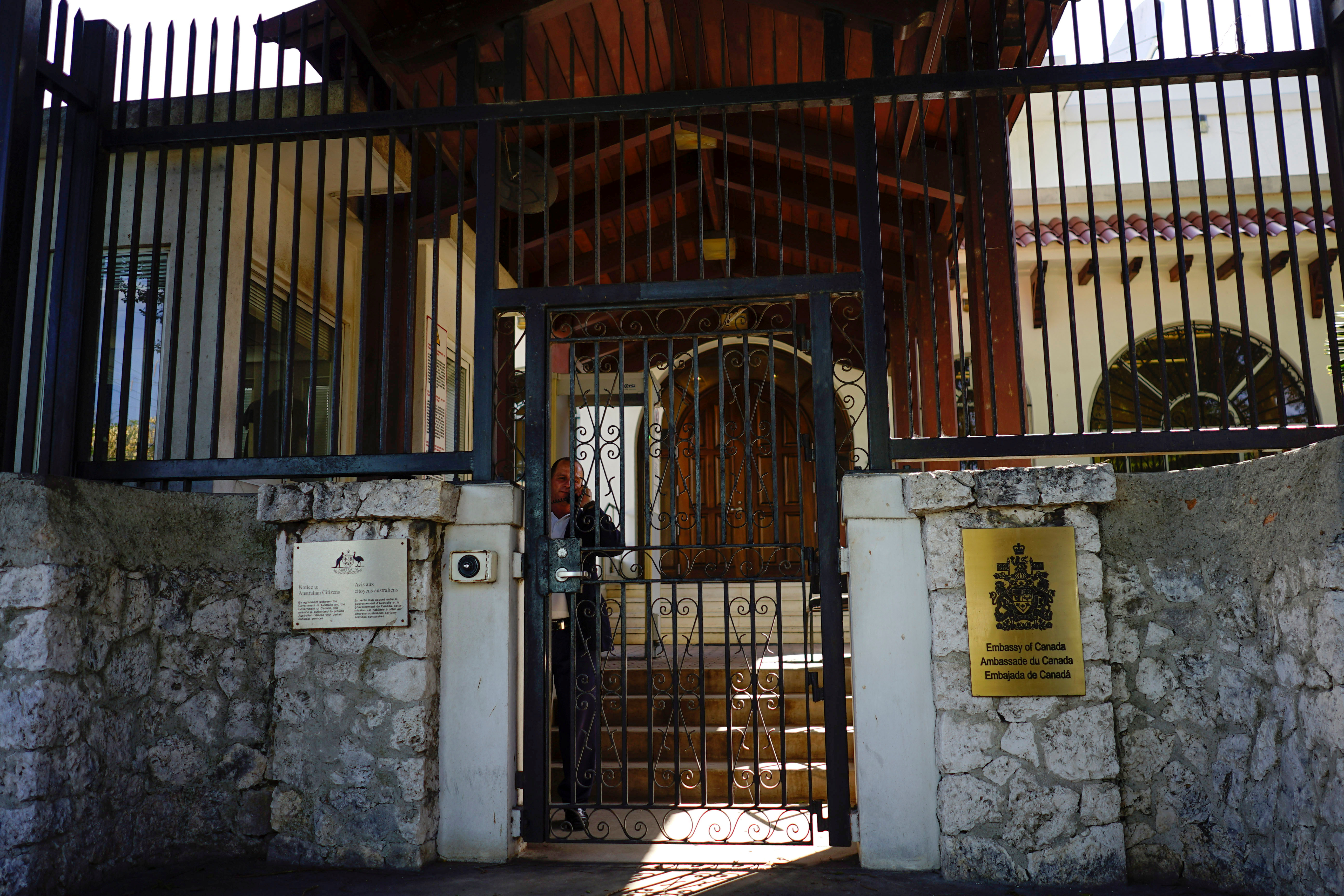 TORONTO (Reuters) – Canada has decided to cut the number of diplomatic staff in Cuba by up to half after another diplomat fell ill, the Canadian government said in a statement on Wednesday, bringing the total to 14 Canadians suffering mysterious symptoms since 2017.

Canadian and U.S. diplomats in Havana first began complaining of dizziness, headaches and nausea in the spring of 2017. The United States reduced embassy staffing in Cuba from more than 50 to a maximum of 18, after more than two dozen personnel developed unusual illnesses. 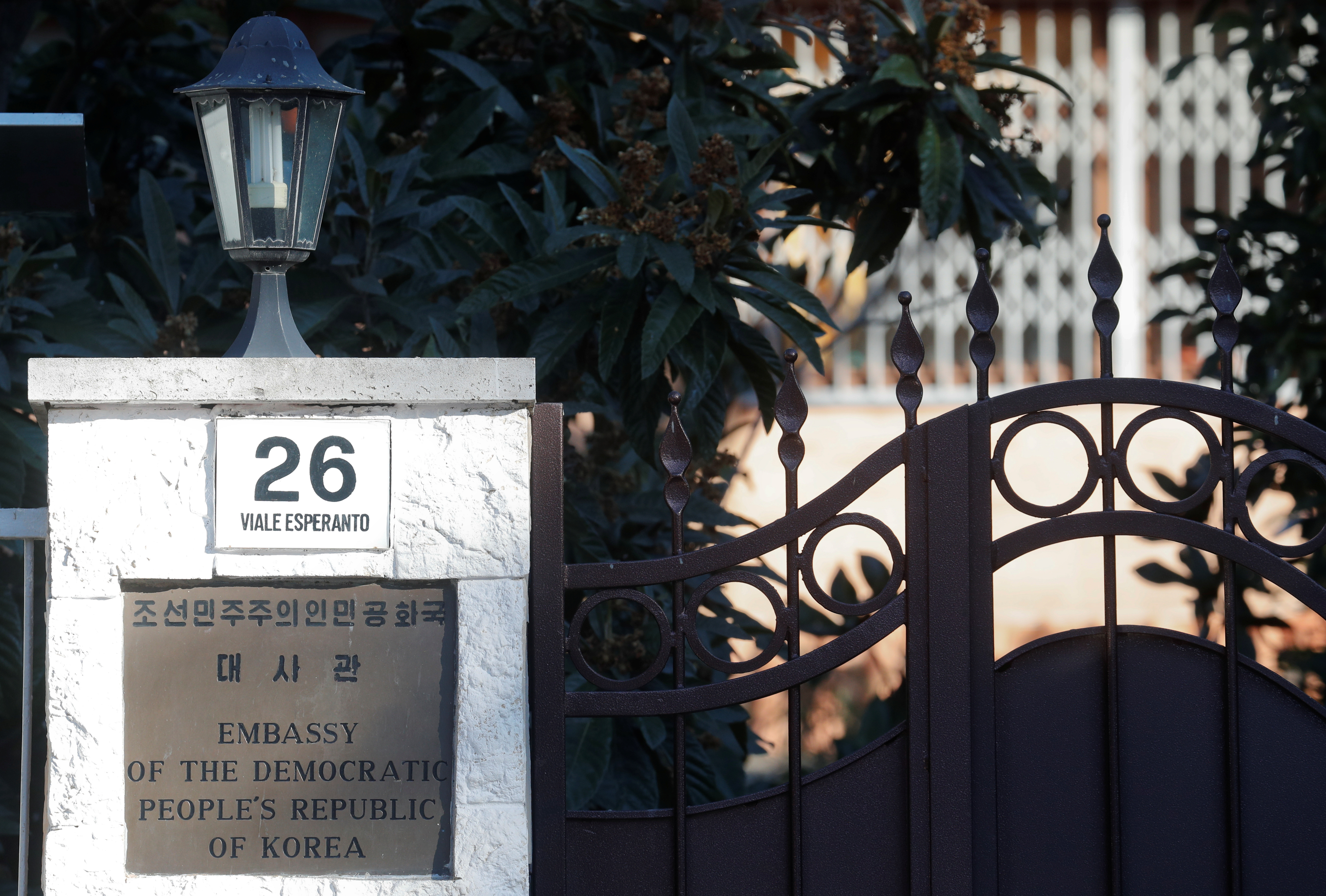 North Korea said on Wednesday it had successfully tested a powerful new intercontinental ballistic missile (ICBM) that put the entire U.S. mainland within range of its nuclear weapons.

Berlin strongly condemned the test as a violation of international law.

Speaking in Washington after meeting U.S. Secretary of State Rex Tillerson, Gabriel said he had offered support for taking a tough line towards Pyongyang.

“He wants our support for their efforts to pursue a hardline position vis a vis North Korea, and he has it. But it’s our job to decide what we will do in diplomatic channels.”

Two diplomats had already been withdrawn from the German embassy in Pyongyang, and a third was being pulled out now, Gabriel said. Germany was also demanding North Korea reduce its diplomatic presence in Germany.

Gabriel said Washington had not demanded that Germany, one of seven European countries with embassies in North Korea, shut its mission or withdraw its ambassador. It was not Germany’s desire to shut down its embassy, he said, but added: “that doesn’t mean we are ruling it out.”

U.S. State Department spokeswoman Heather Nauert said the United States had called on countries to scale back or cut ties with North Korea as part of an effort to pressure Pyongyang to give up its weapons programs.

“If they would be willing to close their missions in North Korea altogether, that is also something we would be supportive of,” she said, while adding that Tillerson had not specifically asked in his meeting with Gabriel for Germany to recall its ambassador. 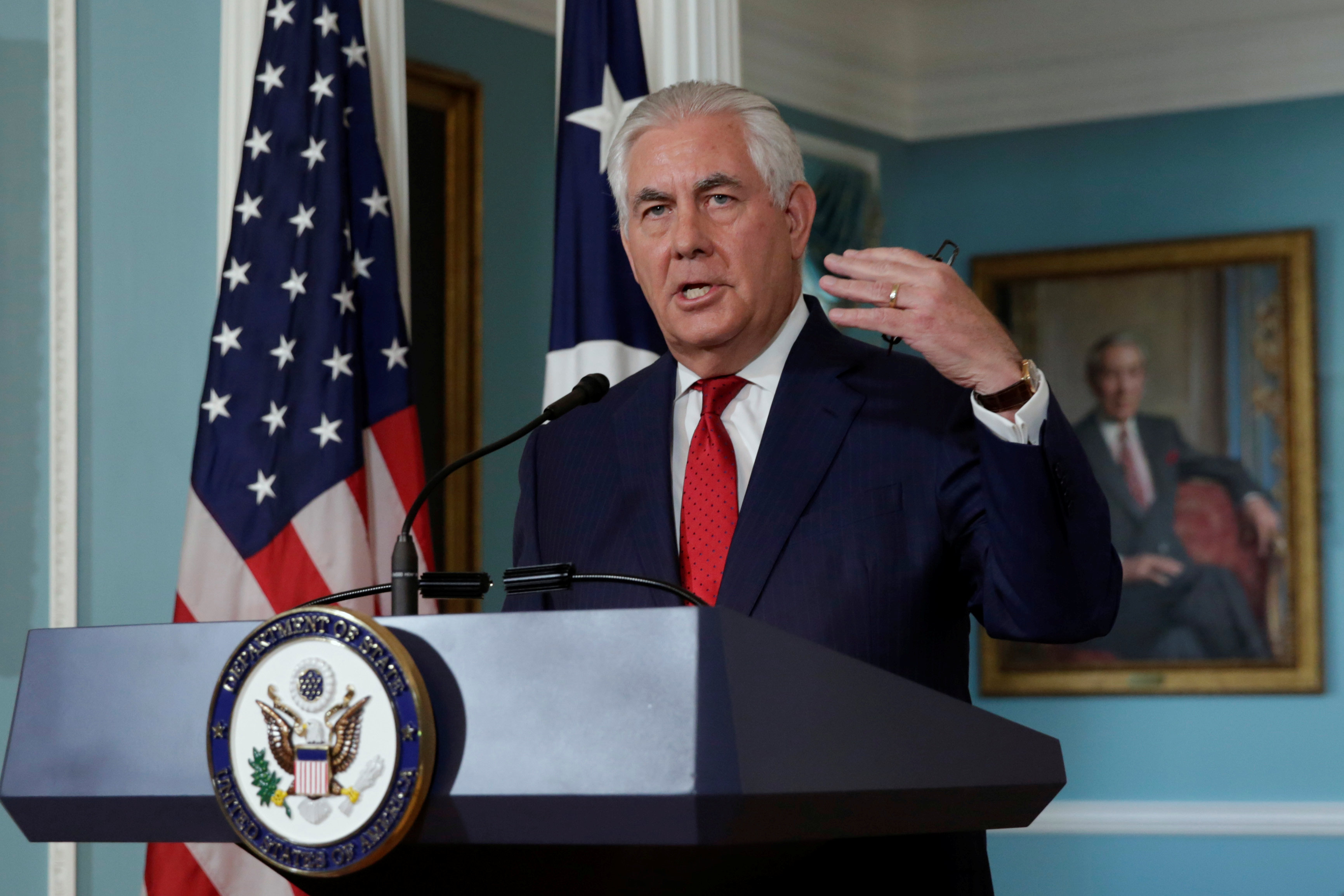 By Doina Chiacu and Yara Bayoumy

WASHINGTON (Reuters) – U.S. Secretary of State Rex Tillerson said on Wednesday he had never considered resigning and that he was committed to Donald Trump’s agenda but declined to directly address whether he had referred to the president as a “moron” as NBC News has reported.

The top U.S. diplomat, whose tenure has been dogged with rumors about unhappiness with Trump’s policies and rhetoric, said he was committed to Trump’s agenda as much today as he was when he first accepted the offer to serve as secretary of state.

Tillerson spoke after NBC reported that Vice President Mike Pence and other top officials had intervened to persuade him not to resign this summer as tensions rose between Trump and Tillerson.

“The vice president has never had to persuade me to remain as secretary of state because I have never considered leaving this post,” Tillerson said in a hastily prepared news conference at the State Department.

“My commitment to the success of our president and our country is as strong as it was the day I accepted his offer to serve as secretary of state,” Tillerson said.

In a session with Trump’s national security team and Cabinet officials at the Pentagon, Tillerson openly criticized the president and referred to him as a “moron,” NBC reported, citing three officials familiar with the incident.

Tillerson, who said he had not spoken to Trump on Wednesday, sidestepped the issue when taking questions after his statement:

“I’m not going to deal with petty stuff like that,” he said, adding, “I’m not from this place (Washington), but the places I come from we don’t deal with that kind of petty nonsense.”

Tillerson, the former CEO of Exxon and former president of the Boy Scouts, also said of Trump: “He’s smart. He demands results.”

Trump appeared to undercut Tillerson over the weekend when the president tweeted that he told him that he was “wasting his time” trying to negotiate with North Korean leader Kim Jong Un over Pyongyang’s nuclear and missile programs.

Tillerson offered a vigorous defense of both the U.S. president and his foreign policy even though the White House and State Department have at times appeared to differ on policy.

“President Trump’s foreign policy goals break the mold of what people traditionally think is achievable on behalf of our country,” Tillerson said.

The White House said Trump has confidence in Tillerson.

“As we’ve said many times before, if the president doesn’t have confidence in somebody, that person will not remain in that position,” White House spokeswoman Sarah Sanders told reporters on Air Force One.

Pence, in a statement, said he never discussed with Tillerson the prospect of the secretary of state’s resignation.

In a tweet, Trump called on NBC to apologize for its story.

NBC News anchor Hallie Jackson said on air after Trump’s tweets: “NBC will not be issuing an apology to America as the president is calling for because again … the secretary did not refute directly some of the key points” in the story.

Several NBC journalists who reported the story also stood by their piece, saying on MSNBC that their reporting was true.

Defense Secretary Jim Mattis has played down any tensions between Trump and Tillerson over their apparent split, most recently over North Korea.

Tillerson’s insistence that he completely supports Trump’s agenda runs counter to what some administration officials have privately described as him chafing against some of the president’s pronouncements and off-the-cuff decisions, sometimes contrary to advice from senior advisers.

“… this was a stunning and unprecedented statement by a secretary of state in response to a news report about his comments about the president,” said Aaron David Miller, a former Middle East negotiator for both Republican and Democratic administrations and now an analyst at the Wilson Center think tank in Washington.

One U.S. official said the view of many within the administration was that despite Tillerson’s denial of having contemplated resignation, “it’s only a matter of time” before he does consider it.

The official, speaking on condition of anonymity, said there was no reason to believe that Trump would give up his habit of publicly contradicting Tillerson and that each time speculation on his future would resurface.

Tillerson has often found himself at odds with the president on a range of issues, according to current and former U.S. officials and media reports.

He has taken a more hawkish view on Russia and tried to mediate a dispute among key U.S. Mideast allies after four Arab nations boycotted Qatar over its alleged extremist ties.

Tillerson also appeared to distance himself from Trump’s response to the violence in Charlottesville, Virginia this summer, saying at the time “the president speaks for himself” when asked about Trump’s values.

Senator Bob Corker, a Tennessee Republican, said Tillerson was working under very difficult circumstances because there are a number of people in the administration who are undermining his authority by trying to act as secretary of state on a daily basis. He declined to name names.

Corker, chairman of the Senate Foreign Relations committee, said he had never heard Tillerson make the kind of comment of calling someone a moron.

“As a team, Tillerson, Mattis and (White House Chief of Staff John) Kelly help separate us from chaos, so I absolutely support ‘em. Absolutely.”

Tillerson was confirmed by only 56-43 at his Senate confirmation hearing in January, an unusually low confirmation for a secretary of state.

Many members of Congress, including Republicans, strongly object to Tillerson’s plans to slash the State Department and foreign aid budgets.