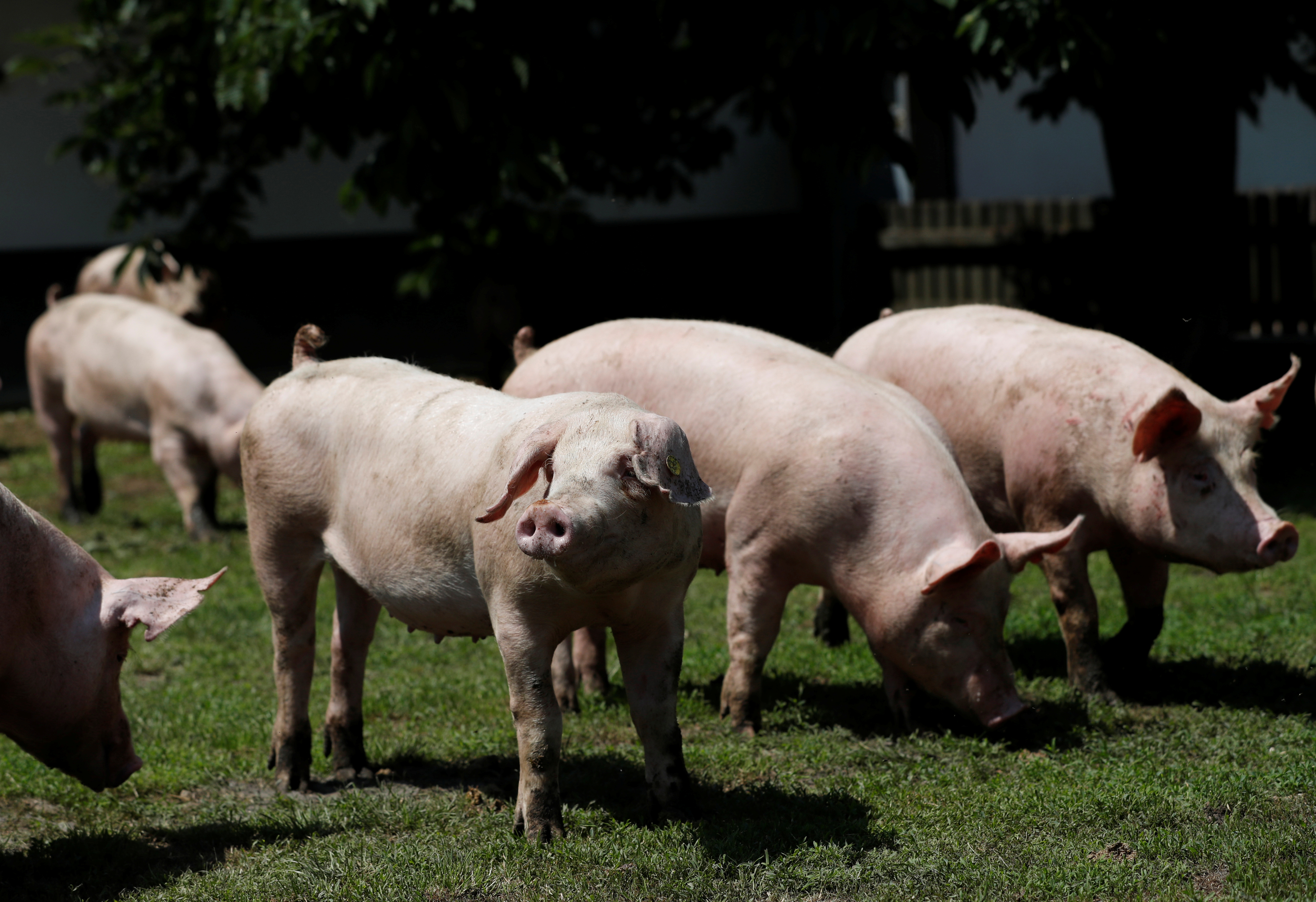 CHICAGO (Reuters) – The U.S. government will increase the number of dogs used to sniff out illegal pork products at airports and seaports in an effort to keep out a contagious hog disease that has spread across Asia and Europe, the U.S. Department of Agriculture said on Wednesday.

The disease, African swine fever, can kill hogs in just two days. China, home to the world’s largest hog herd, has reported more than 100 cases of the disease in 27 provinces and regions since last August. Efforts to contain the fever have disrupted Chinese pork supplies.

The virus, which does not harm people, has spread to China’s neighbor, Vietnam. Eastern Europe has also suffered an outbreak and Belgium has found the virus in wild boar.

To prevent the disease from entering the United States, the USDA said it will work with Customs and Border Patrol agents to add 60 beagle teams at key U.S. commercial ports, seaports and airports, for a total of 179 teams.

The dogs will help expand arrival screenings as U.S. authorities check cargo for illegal pork products and ensure that travelers who pose a risk to spreading African swine fever (ASF) receive extra inspections, according to the USDA.

“We understand the grave concerns about the ASF situation overseas,” said Greg Ibach, the agency’s undersecretary for marketing and regulatory programs.

The USDA will also ramp up inspections of facilities that feed garbage to livestock to ensure the waste is cooked properly to prevent potential disease spread, according to a statement.

Hogs can be infected by African swine fever by direct contact with infected pigs or by eating garbage containing meat and or meat products from infected pigs. 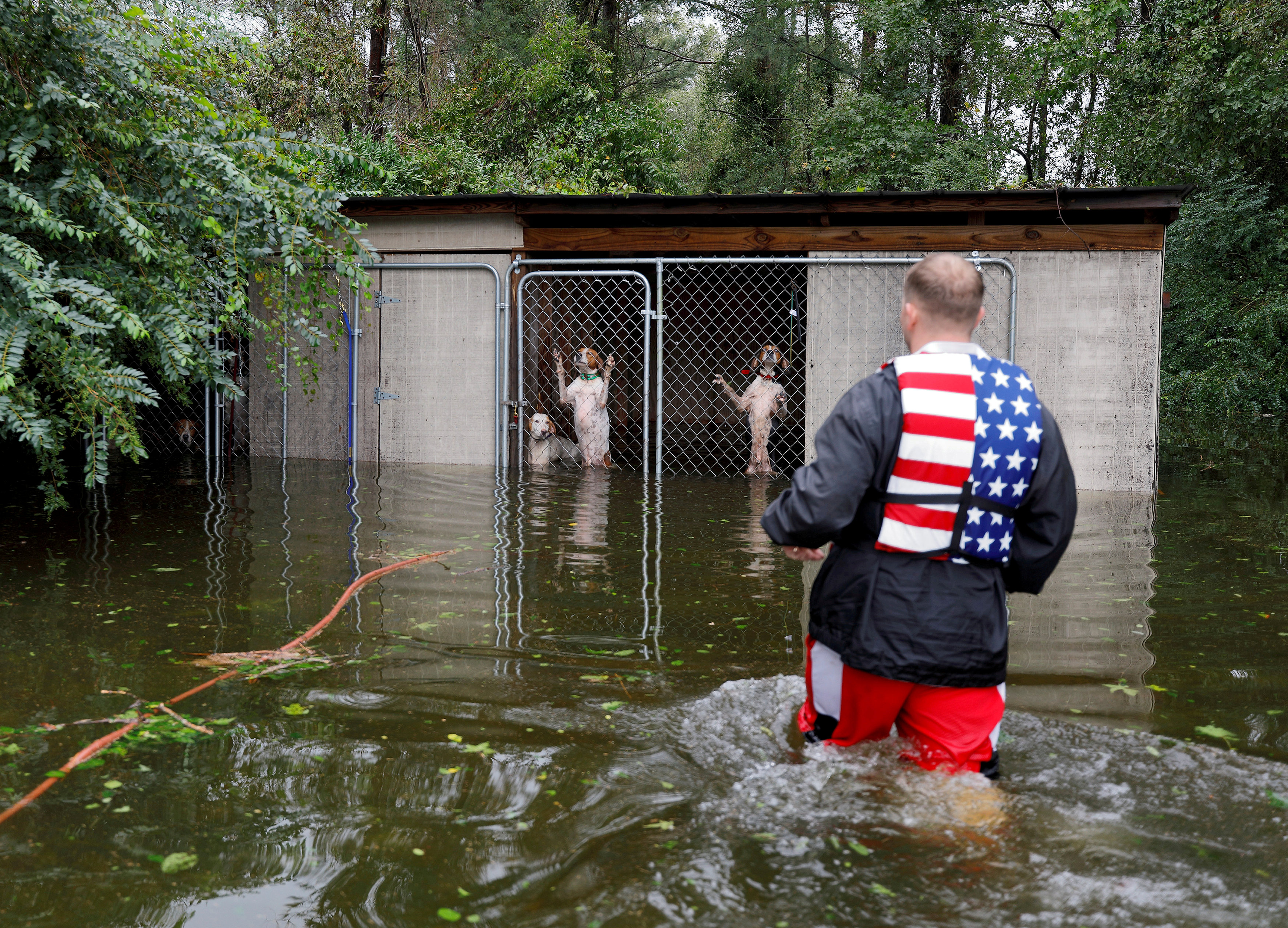 LELAND, N.C. (Reuters) – Three days after Hurricane Florence made landfall in North Carolina, I was documenting the damage to Wilmington and communities to the south when I was tipped that volunteer rescuers were headed to a Leland church where people were isolated by rising floodwaters.

Even with a pickup truck, it is daunting to drive through waters dark and deep enough to obscure road signs. But experience covering storms and good waders enable you to cautiously measure water depth and current strength so you can get to compelling stories waiting to be told.

Ryan Nichols and David Rebollar have another way of getting to people and animals trapped by floods: a boat they haul from their Texas home to disaster zones. In the case of North Carolina, that was more than a thousand miles (1,600 km).

Having endured Hurricane Harvey, which hit Houston last year, the former Marines are on a mission to help when disaster strikes.

This day, as they lowered their craft into the water from a slice of dry land, a road was identifiable only by a few 7-foot-high street signs jutting above water. My colleague and I joined Nichols in the boat, and we made our way to the church about a thousand feet (300 meters) ahead.

While Nichols spoke with people at the church, we heard persistent barking at the back of a property across from it. He went to investigate and before long reappeared, saying urgently that “they” were trapped and we should hurry. 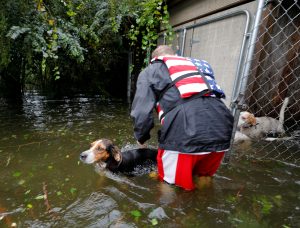 Abandoned dogs trapped in a cage, filling with rising floodwater, swim away after volunteer rescuer Ryan Nichols of Longview, Texas, freed them in the aftermath of Hurricane Florence, in Leland, North Carolina, U.S., September 16, 2018. REUTERS/Jonathan Drake

We moved through knee-high water until we saw three hounds in a caged doghouse – two on their hind legs, the other on all fours with its head just above water. They were trembling, terrified and desperate to get out.

Nichols tried to soothe the dogs as he worked to open the cage. When he did, not three but six dogs bounded out, half swimming, half bouncing through a stretch of water that led to nearby dry ground. I followed the action with my camera close to the water at their height.

A neighbor up the street found some dog food, which they devoured.

With more and more people in the vicinity needing help, the volunteers and local residents decided to leave a lot of food for the dogs and let them roam on the higher ground to which they now had access and to tell local authorities about them. 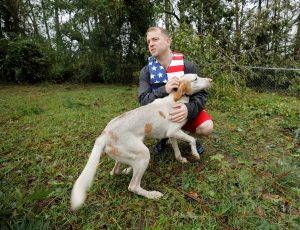 Volunteer rescuer Ryan Nichols of Longview, Texas, pets one of the dogs that were left caged by an owner who fled rising floodwater in the aftermath of Hurricane Florence in Leland, North Carolina, U.S., September 16, 2018. REUTERS/Jonathan Drake

Floodwaters rose in the hours that followed, and only began receding the next day, when Nichols returned to check on the dogs. He encountered their owner, who said she had had to evacuate in haste with young children, and that someone sent to check on the dogs was refused entry to the area because of flooding. 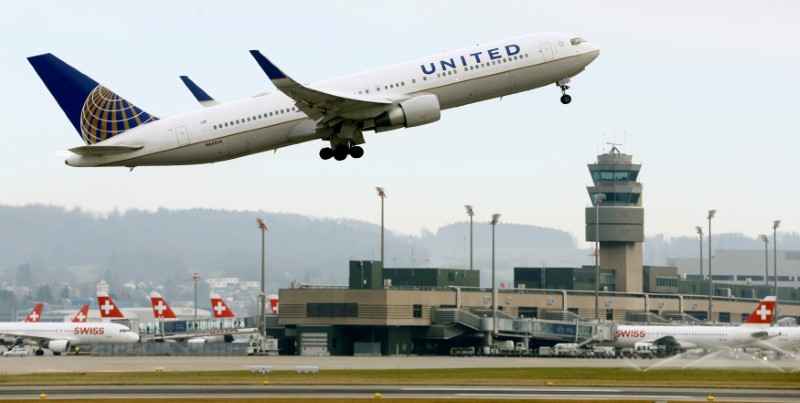 NEW YORK (Reuters) – United Airlines is halting the shipment of pets in airplane cargo holds while it studies improvements, the carrier said on Tuesday, after the death of a puppy and mistakes in handling other dogs last week sparked negative publicity.

“We are conducting a thorough and systematic review of our program for pets that travel in the cargo compartment to make improvements that will ensure the best possible experience for our customers and their pets,” United said in a statement.

United did not give a date when it would resume the PetSafe transport program, but the carrier said it expects to complete its review by May 1.

The move does not affect travel for pets flying in-cabin.

A German Shepherd that was meant to arrive at Kansas City International Airport was instead shipped to Tokyo, Japan. A Japan-bound Great Dane arrived instead at the Missouri airport. The two dogs were later returned home.

On Thursday, a United flight carrying 33 passengers from Newark, New Jersey to St. Louis was diverted to Akron, Ohio, after the airline realized that a pet had been mistakenly loaded onto the wrong flight.

These incidents followed a Monday public relations nightmare in which a French bulldog puppy died after a United flight attendant ordered the owner to put the dog’s carrying case in overhead storage during the 3-1/2 hour flight.