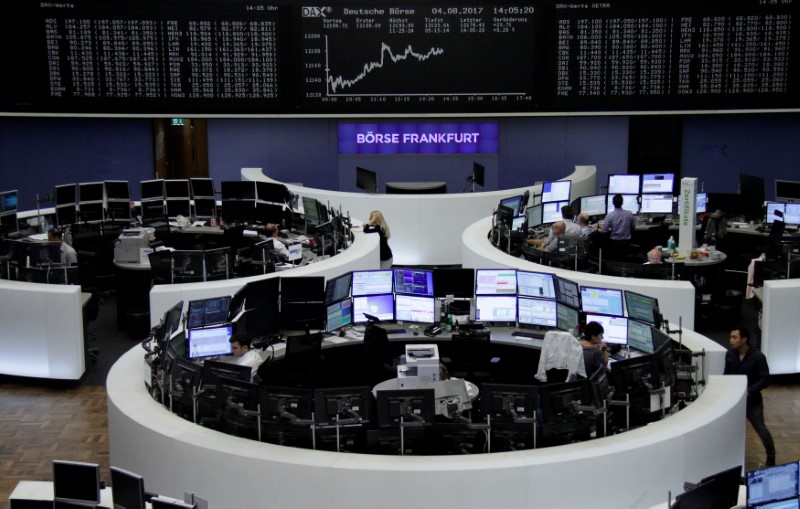 The U.S. dollar  dipped slightly but held on to most of Friday’s gains – its biggest daily rise this year – made after data showed the United States created more jobs than forecast last month.

For those watching second quarter corporate results in recent weeks, there have been many such surprises. Of the nearly 1000 companies in the MSCI world index that have reported, 67 percent have beaten expectations, according to Reuters data.

The Dow Jones, which recorded its eighth consecutive record high on Friday, was set to open up slightly on Monday.

“Global equities remain the preferred asset class for investors and this can be clearly seen in the new highs hit by world indices today,” said Edward Park, investment director at Brooks Macdonald.

“Whilst the headline beat in non-farm payrolls was the primary positive for the market … equity prices are supported by a strong earnings season and relatively low event risk over the next few months.”

Aside from a slight weakening in the Korean won, there was little financial market reaction to the news over the weekend that the U.N. Security Council unanimously imposed new sanctions on North Korea aimed at pressuring Pyongyang to end its nuclear program.

South Korean President Moon Jae-in and his U.S. counterpart, Donald Trump, agreed in a telephone call on Monday to apply maximum pressure and sanctions on North Korea, while China expressed hope that North and South Korea could resume contact soon.

Yields on U.S. and German government bonds – seen as a safe haven in times of stress – held above one-month lows hit at the tail end of last week.

A strong rise in U.S. and Asian stocks propelled the world index to a new high, with the strength of the euro providing a bit of a headache for European markets.

Chinese blue chips were bolstered by data showing the country’s foreign exchange reserves rose twice as much as expected in July.

A dramatic reduction in capital outflows – which are seen as one of China’s biggest risks – has helped boost confidence in the world’s second largest economy ahead of a key political leadership reshuffle in coming months.

The euro zone’s main stock index edged lower, however, as the single currency headed back towards 20-month high, a trend which appears to be denting profitability in certain sectors.

Of the MSCI Europe companies having reported, 61 percent have either met or beat expectations. But focusing on industrial firms – of which many depend on exports, and are sensitive to a stronger euro – the beat ratio is just 37 percent.

“The euro is likely to have an impact in the third quarter, with a 10 percent appreciation of the euro lowering earnings per share by around 5 percent,” said Valentin Bissat, senior strategist at Mirabaud Asset Management.

The upbeat U.S. jobs data offers policymakers some assurance that inflation will gradually rise to the central bank’s 2 percent target, and likely clear the way for a plan to start shrinking its massive bond portfolio later this year.

But market pricing shows investors are still about evenly divided over whether the Fed will also opt to raise rates again in December.

For some analysts, Monday’s pull back in the dollar backs some views in markets that Friday’s rally may not have legs.

The dollar index, which tracks the greenback against a basket of six global peers, inched back 0.2 percent to 93.361. It rallied 0.76 percent on Friday, its biggest one-day gain this year.

“The most logical view here is the moves on Friday were clearly just a sizeable covering of USD shorts, from what was one of the biggest net short positions held against the USD for many years,” Chris Weston, chief market strategist at IG in Melbourne, wrote in a note.

For the dollar rally to gain momentum, the market needs to change its interest rate pricing, Weston added.

In commodities, oil prices slid back from nine-week highs hit on Aug. 4 as worries lingered over high production from OPEC and the United States.

Gold  steadied as the dollar surrendered some of its gains, but remained under pressure. The precious metal was marginally lower at $1,257.41 an ounce, extending Friday’s 0.8 percent loss.

(Reporting by John Geddie in London and Nichola Saminather in Singapore Additional reporting by Helen Reid in London; Editing by Richard Balmforth) 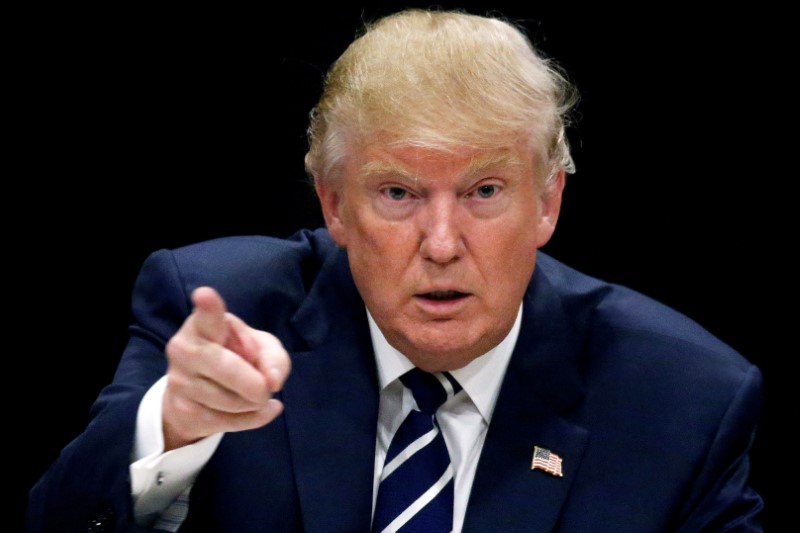 The hearings come a day before Trump is due to be briefed by intelligence agency chiefs on hacks that targeted the Democratic Party.

Trump is heading for a conflict over the issue with Democrats and fellow Republicans in Congress, many of whom are wary of Moscow and distrust the New York businessman’s praise of Russian President Vladimir Putin and efforts to heal the rift between the United States and Russia.

Director of National Intelligence James Clapper, National Security Agency Director Mike Rogers and Undersecretary of Defense for Intelligence Marcel Lettre are expected to appear before the Senate Armed Services Committee, which is chaired by Republican John McCain, a vocal critic of Putin.

Their testimony on cyber threats facing the United States will come a week after President Barack Obama ordered the expulsion of 35 Russian suspected spies and imposed sanctions on two Russian intelligence agencies over their alleged involvement in hacking U.S. political groups in the 2016 election.

U.S. intelligence officials have also said the Russian cyber attacks aimed to help Trump defeat Democrat Hillary Clinton in the Nov. 8 election. Several Republicans acknowledge Russian hacking during the election but have not linked it to an effort to help Trump win.

Documents stolen from the Democratic National Committee and John Podesta, Clinton’s campaign manager, were leaked to the media in advance of the election, embarrassing the Clinton campaign.

In a tweet on Wednesday, Trump said: “(WikiLeaks founder) Julian Assange said ‘a 14 year old could have hacked Podesta’ – why was DNC so careless? Also said the Russians did not give him the info!”

He and top advisers believe Democrats are trying to delegitimize his election victory by accusing Russian authorities of helping him.

Some lawmakers, including McCain, said a firmer response was needed to check Russian aggression in cyberspace and elsewhere. He is among a handful of Republicans to join Democrats in pushing for a special committee to investigate Russia’s political hacking, although that effort has lost traction in the face of opposition from Republican leaders in Congress.

Obama instructed U.S. intelligence agencies last month to conduct a full review of the election hacks. That review could be completed and delivered to Obama as soon as Thursday, said sources familiar with the matter.

Five Democratic senators introduced legislation on Wednesday calling for the creation of an independent, nonpartisan commission to investigate Russian interference in the election.

Trump has also nominated people seen as friendly toward Moscow to senior administration posts, including secretary of state nominee Rex Tillerson, who while Exxon Mobil chief executive, was awarded the Order of Friendship, a Russian state honor, by Putin in 2013.

Rogers, the NSA chief, visited the president-elect in New York in November and is among a handful of people being considered by Trump to succeed the retiring Clapper as U.S. spy chief, in addition to former Republican Senator Dan Coats, according to sources familiar with the matter.

The Senate Foreign Relations Committee will also hold a closed-door hearing on Thursday to examine Russia’s alleged hacking and harassment of U.S. diplomats.