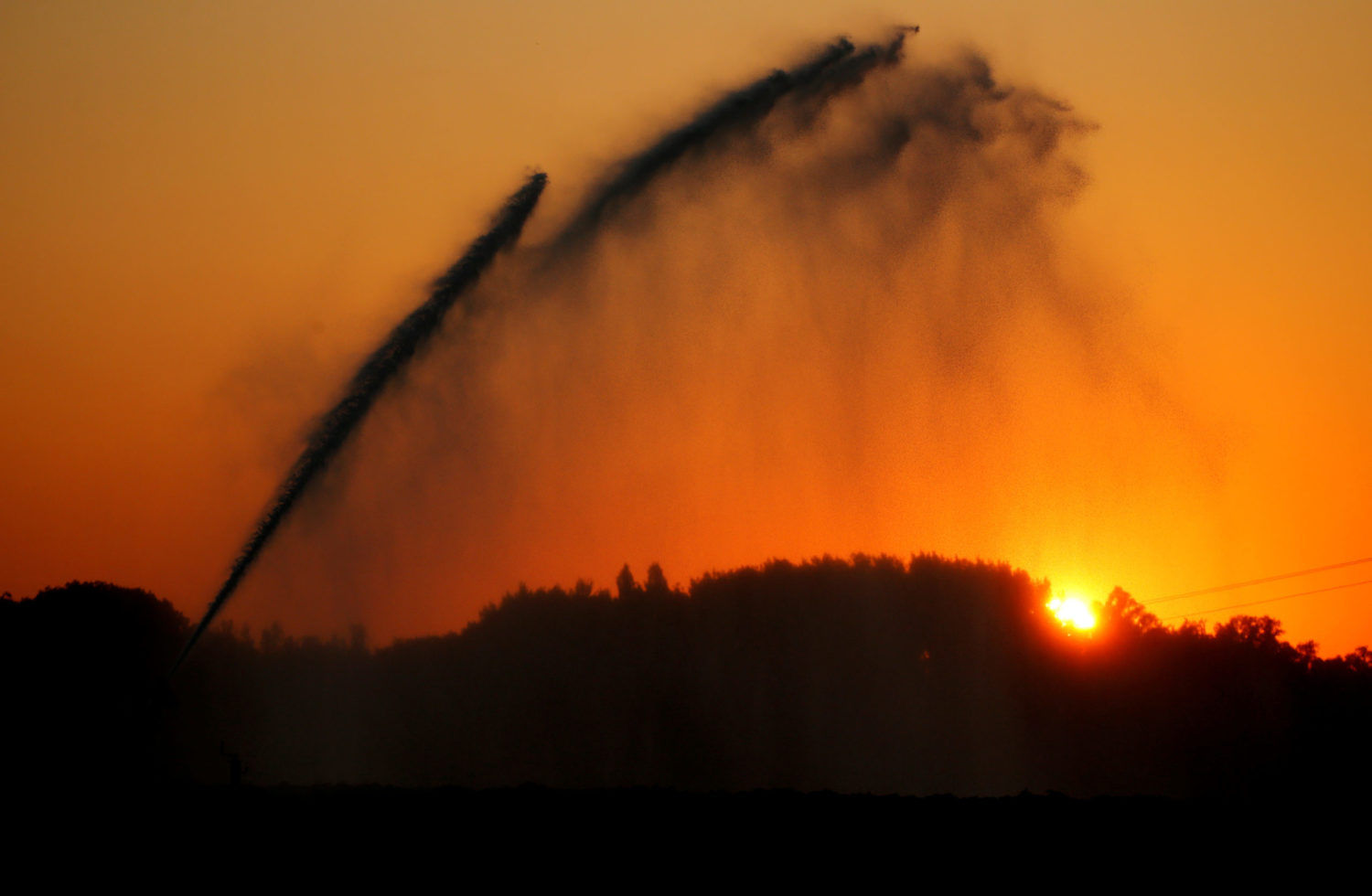 LONDON (Reuters) – Last year was one of the three warmest on record, with glaciers melting, sea levels rising and a spate of wildfires, heatwaves and droughts, research published in the Bulletin of the American Meteorological Society (BAMS) showed.

For the 32nd consecutive year, 2019 saw the loss of mass from mountain glaciers, while lake temperatures were above the long-term average and permafrost temperatures continued to rise.

In 2019, global mean sea level set a new record for the eighth year running, reaching 87.6 mm above the 1993 average when satellite measurements began, with an annual average increase of 6.1 mm from 2018, the report said.

Greenhouse gas emissions, which contribute to climate change and pollution, increased. Carbon dioxide emissions rose by 2.5 parts per million (ppm), nitrous oxide by 1 part per billion (ppb) and methane by 9.2 parts per billion, the report said.

“A number of extreme events, such as wildfires, heatwaves and droughts, have at least part of their root linked to the rise in global temperature,” said Robert Dunn from the UK’s Met Office, which contributed to the report.

“The rise in global temperature is linked to another climate indicator: the ongoing rise in emissions of greenhouse gases, notably carbon dioxide, nitrous oxide and methane.”

Pressure is building for governments to do more to limit emissions to maximize the chances of capping a rise in average global temperatures at 1.5C, a goal enshrined in the 2015 Paris climate agreement. 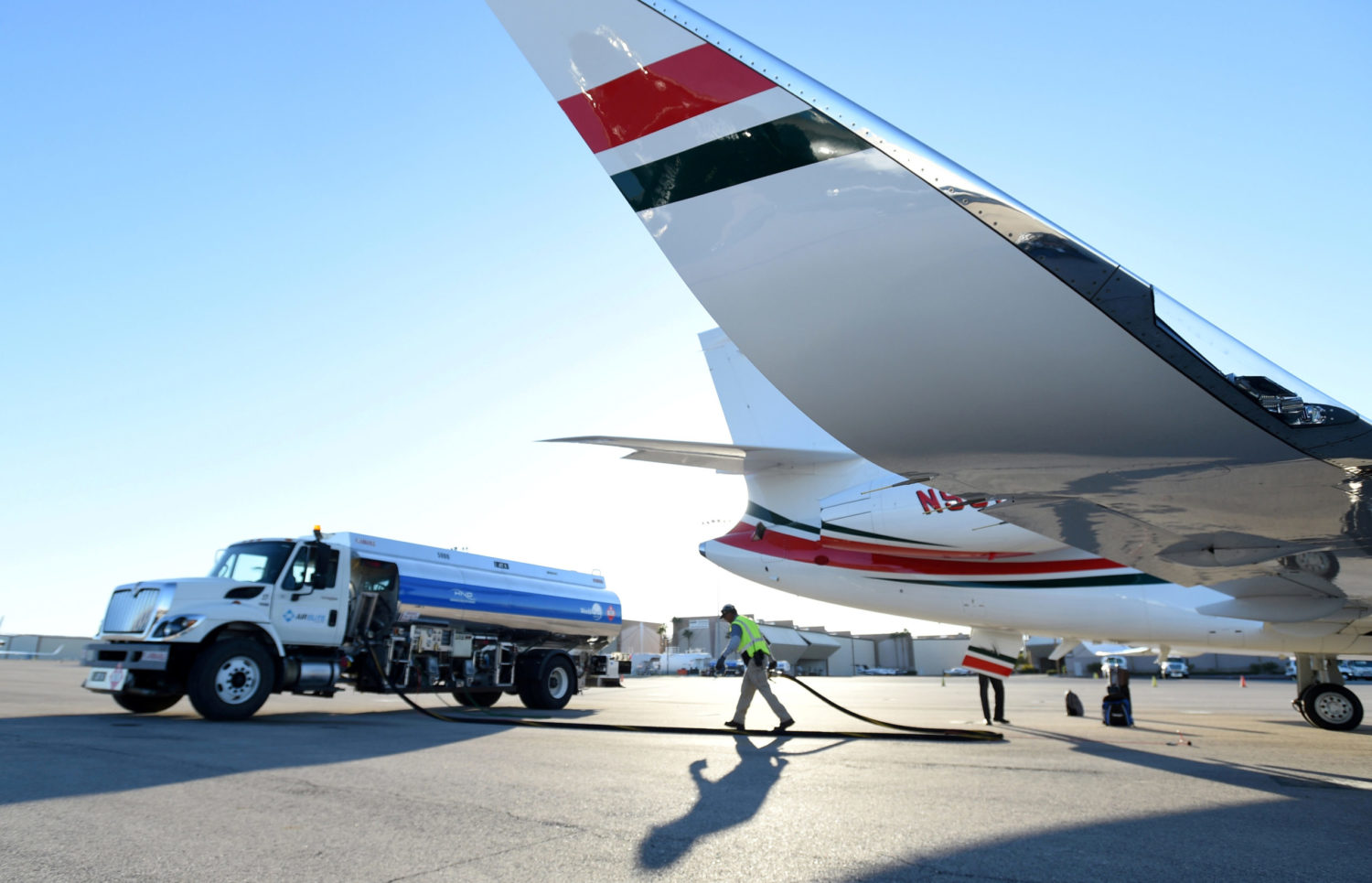 In 2016, the U.N. International Civil Aviation Organization (ICAO) agreed on global airplane emissions standards aimed at makers of small and large planes, including Airbus SE and Boeing Co, which both backed the standards.

The proposal would apply to new type designs as of January 2020 and to in-production airplanes or those with amended type certificates starting in 2028. They would not apply to airplanes currently in use.

Wheeler said it was critical the U.S. adopt the standards, because countries could ban U.S.-assembled airplanes if they do not meet ICAO standards.

EPA is expected to finalize the rules next spring. The Federal Aviation Administration will then issue separate rules to enforce the standards.

Some environmentalists argue the ICAO rules and EPA did not go far enough.

Clare Lakewood, climate legal director at the Center for Biological Diversity, said Wednesday, “this toothless proposal does nothing to meaningfully address the serious problem of airplanes’ planet-warming pollution.” She noted EPA was not estimating any emissions reductions as a result of the proposal.

Wheeler said the proposal is based on “where the technology is today … You can’t really set the standard that can’t be met.”

Boeing said the EPA proposal “is a major step forward for protecting the environment and supporting sustainable growth of commercial aviation and the United States economy.”

Airlines for America, a trade group, said the rules will help U.S. airlines “achieve carbon neutral growth in the near term and to cut net carbon emissions in half in 2050 relative to 2005 levels.”

Under President Barack Obama, the EPA in 2016 declared aircraft emissions posed a public health danger. In January, environmental groups filed a notice of intent to sue EPA for failing to regulate aircraft emissions. 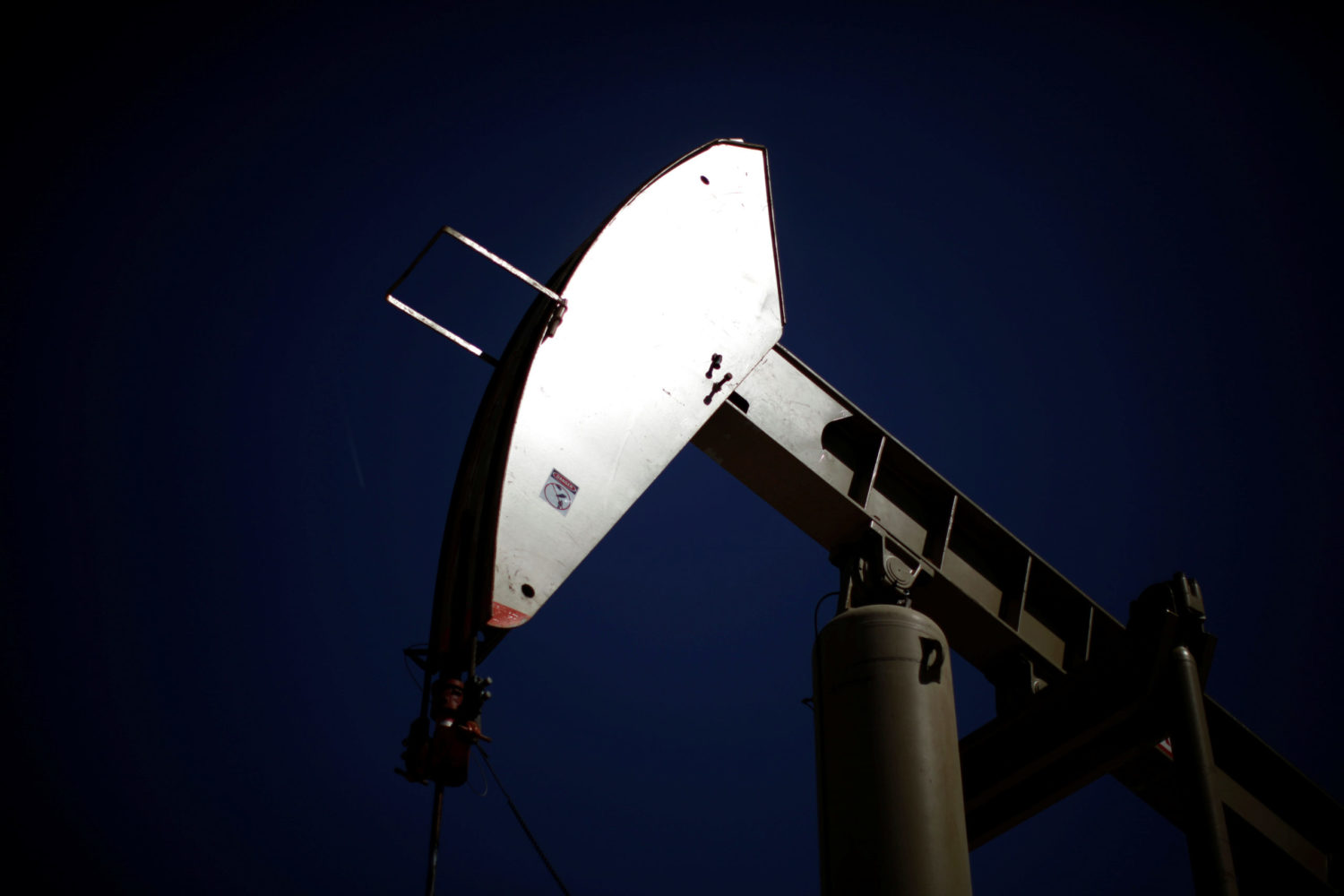 WASHINGTON (Reuters) – A federal judge in California late on Wednesday blocked a rollback by the Trump administration of a rule on slashing emissions of the powerful greenhouse gas methane from oil and gas operations on federal and tribal lands.

U.S. District Judge Yvonne Rogers of the Northern District of California said in her ruling that the administration’s easing of the Waste Prevention Rule was contrary to the Interior Department’s mandate to ensure safe and responsible drilling on public lands, and failed to consider scientific findings relied upon by previous presidential administrations.

The Obama-era rule was meant to curb emissions from flaring and venting of natural gas and to reduce leaks. The Obama administration said the rule would fight climate change and wasted fuel costs.

The ruling was the latest blow to the Trump administration, which has pursued a policy of energy dominance, or maximizing fossil-fuel production while slashing regulations that protect the environment. The courts have also recently blocked pipelines, Keystone XL and Dakota Access.

Methane, an invisible gas, is more efficient in trapping heat than carbon dioxide, the main greenhouse gas. But it lingers for less time in the atmosphere, so reducing methane emissions could help rein in the worst impacts from climate change and warming.

The Interior Department eased the rule in September 2018, by reducing the amount of methane required to be captured at drilling locations and relaxing measures on well completions and leak detections. David Bernhardt, now secretary of the interior, said at the time the rule would “encumber energy production” and prevent creation of jobs.

Leaks from U.S. oil and gas drilling, along with a boom in agricultural production worldwide, are driving up global emissions of methane, two studies showed this week. 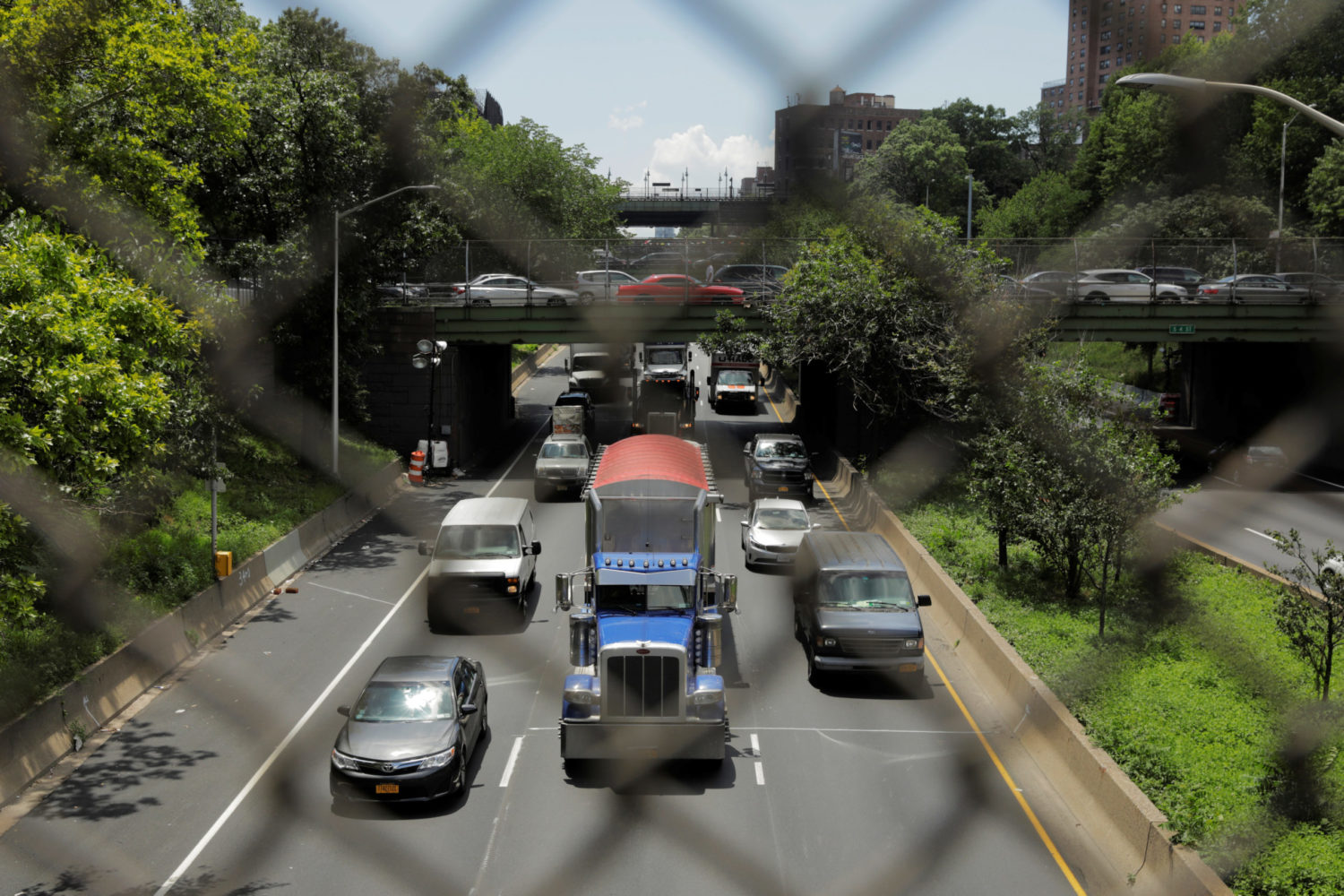 WASHINGTON (Reuters) – A group of 15 U.S. states and the District of Columbia on Tuesday unveiled a joint memorandum of understanding aimed at boosting the market for electric medium- and heavy-duty vehicles and phasing out diesel-powered trucks by 2050.

The announcement comes weeks after the California Air Resources Board approved a groundbreaking policy to require manufacturers to sell a rising number of zero-emission vehicles, starting in 2024 and to electrify nearly all larger trucks by 2045.

The 14 states said the voluntary initiative is aimed at boosting the number of electric large pickup trucks and vans, delivery trucks, box trucks, school and transit buses, and long-haul delivery trucks, with the goal of ensuring all new medium- and heavy-duty vehicle sales be zero emission vehicles (ZEV) by 2050 with a target of 30% ZEV sales by 2030.

The states committed to developing a plan within six months to identify barriers and propose solutions to support widespread electrification, including potential financial incentives and ways to boost EV infrastructure.

Trucks and buses represent 4% of U.S. vehicles, but account for nearly 25% of greenhouse gas emissions from the transportation sector.

Major businesses like Amazon.com, UPS and Walmart have also said they are ramping up purchases of electric delivery trucks.

California later plans to adopt new limits on nitrogen oxide emissions, one of the major precursors of smog, as well as require large fleet owners to buy some ZEVs.