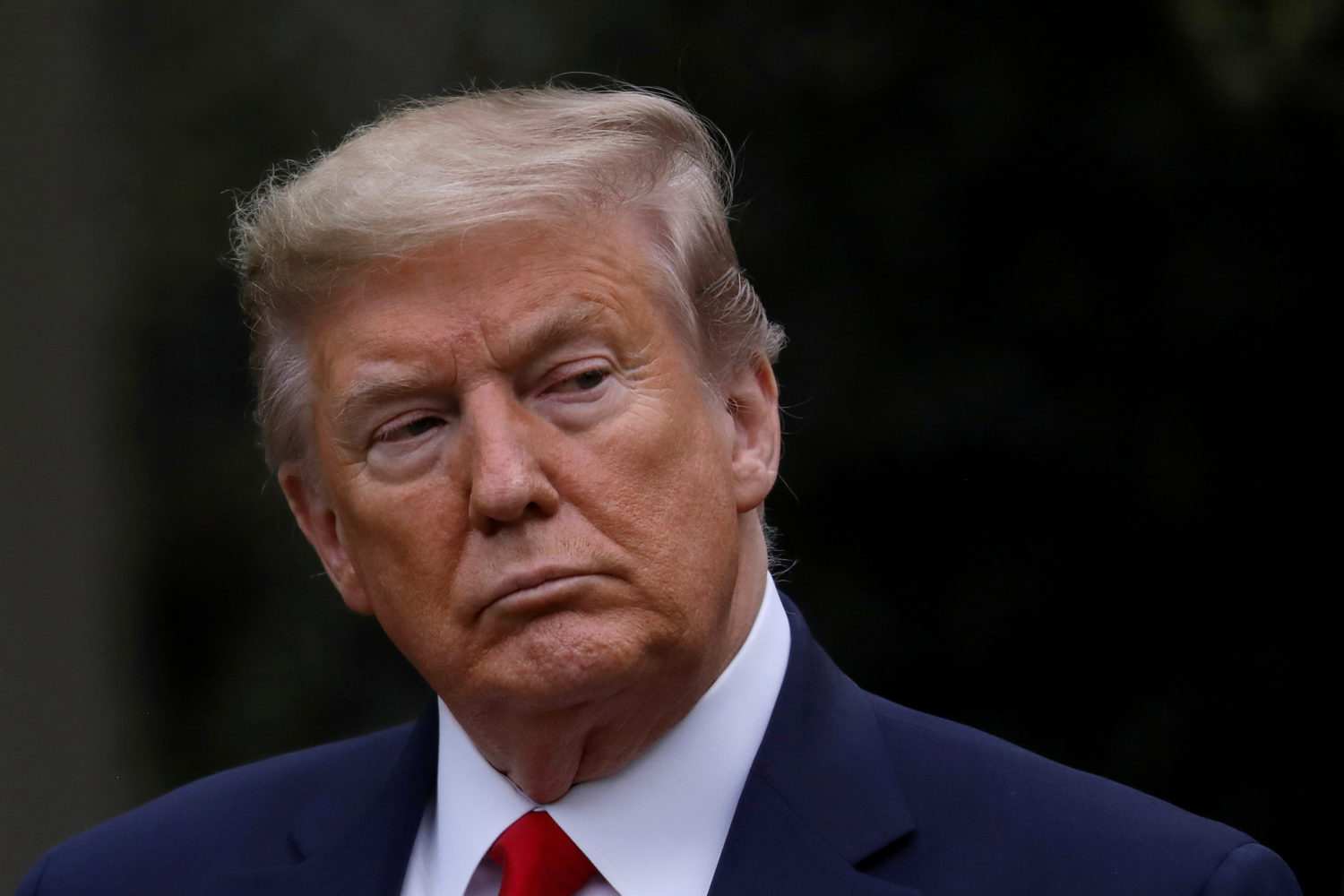 By Jeff Mason and Paulina Duran

Trump, who has reacted angrily to accusations his administration’s response to the worst epidemic in a century was haphazard and too slow, had become increasingly hostile towards the U.N. agency before announcing the halt on Tuesday.

The WHO, which is based in Geneva, had promoted China’s “disinformation” about the virus that likely led to a wider outbreak than otherwise would have occurred, Trump said.

He said WHO had failed to investigate credible reports from sources in China’s Wuhan province, where the virus was first identified in December, that conflicted with Beijing’s accounts about the spread and “parroted and publicly endorsed” the idea that human to human transmission was not happening.

“The WHO failed in this basic duty and must be held accountable,” Trump told a White House news conference on Tuesday.

A U.S. official told Reuters that Trump made the move despite pushback within his administration, especially from top health advisers. There was no immediate reaction from the WHO, which has been appealing for more than $1 billion to fund operations against the pandemic.

The United States is the biggest overall donor to the WHO, contributing more than $400 million in 2019, roughly 15% of its budget.

Some 1.99 million people globally have been infected and nearly 128,000 have died since the disease emerged in China late last year, according to a Reuters tally.

U.N. Secretary-General Antonio Guterres said it was not the time to reduce resources for the WHO.

“Now is the time for unity and for the international community to work together in solidarity to stop this virus and its shattering consequences,” he said in a statement.

China, which has won WHO praise for its actions to curb the virus’s spread, urged the United States on Wednesday to fulfil its obligations to the WHO.

EU foreign policy chief Josep Borrell said on Twitter: “Deeply regret U.S. decision to suspend funding to WHO. There is no reason justifying this move at a moment when their efforts are needed more than ever.”

German Foreign Minister Heiko Maas said apportioning blame did not help. “The virus knows no borders,” he said in a tweet.

New Zealand Prime Minister Jacinda Ardern said the WHO was essential to tackling the pandemic.

“At a time like this when we need to be sharing information and we need to have advice we can rely on, the WHO has provided that,” she said. “We will continue to support it and continue to make our contributions.”

GRAPHIC: Tracking the novel coronavirus in the U.S. – https://graphics.reuters.com/HEALTH-CORONAVIRUS-USA/0100B5K8423/index.html

‘BLAME CHINA, NOT WHO’

Australian Prime Minister Scott Morrison said he sympathised with Trump’s criticisms of the WHO, especially its “unfathomable” support of re-opening China’s “wet markets”, where freshly slaughtered, and live, animals are sold.

“But that said, the WHO also as an organisation does a lot of important work including here in our region in the Pacific and we work closely with them,” Morrison told an Australian radio station.

“We are not going to throw the baby out of with the bathwater here, but they are also not immune from criticism.”

John Sawers, the former head of Britain’s MI6 foreign intelligence service, said China concealed crucial information about the outbreak from the rest of the world and that it would be better to hold China responsible rather than the WHO.

Former Norwegian Prime Minister Gro Harlem Brundtland, who headed the WHO from 1998 to 2003, said an attack on the organization was “the last thing we need right now” since it had the power and ability to oversee the outbreak.

In its latest Strategy Update, the WHO said countries that ease restrictions should wait at least two weeks to evaluate the impact before easing again.

It said that the world stands at a “pivotal juncture”.

More than 2,200 people died in the United States on Tuesday, a record toll according to a Reuters tally, even as it debated how to reopen its economy.

New York City, hardest hit by the outbreak, revised its death toll sharply up to more than 10,000, to include victims presumed to have died of the lung disease but never tested.

U.S. health advocacy group Protect Our Care said Trump’s WHO funding withdrawal was “a transparent attempt … to distract from his history downplaying the severity of the coronavirus crisis and his administration’s failure to prepare our nation”.

Global stocks fell as oil prices dropped and warnings of the worst global recession since the 1930s underscored the economic damage done by the pandemic. The International Energy Agency forecast a 29 million barrel per day dive in April oil demand to levels not seen in 25 years.

Denmark became the latest country to ease its coronavirus lockdown on Wednesday, by reopening schools and day care centres. But concerns they might become breeding grounds for a second wave of cases convinced thousands of parents to keep their children at home.

(Open https://tmsnrt.rs/3aIRuz7 in a separate browser for an interactive graphic to track the global spread)

(Reporting from Reuters bureaux across the world; Writing by Lincoln Feast and Nick Macfie; Editing by Robert Birsel and Philippa Fletcher)