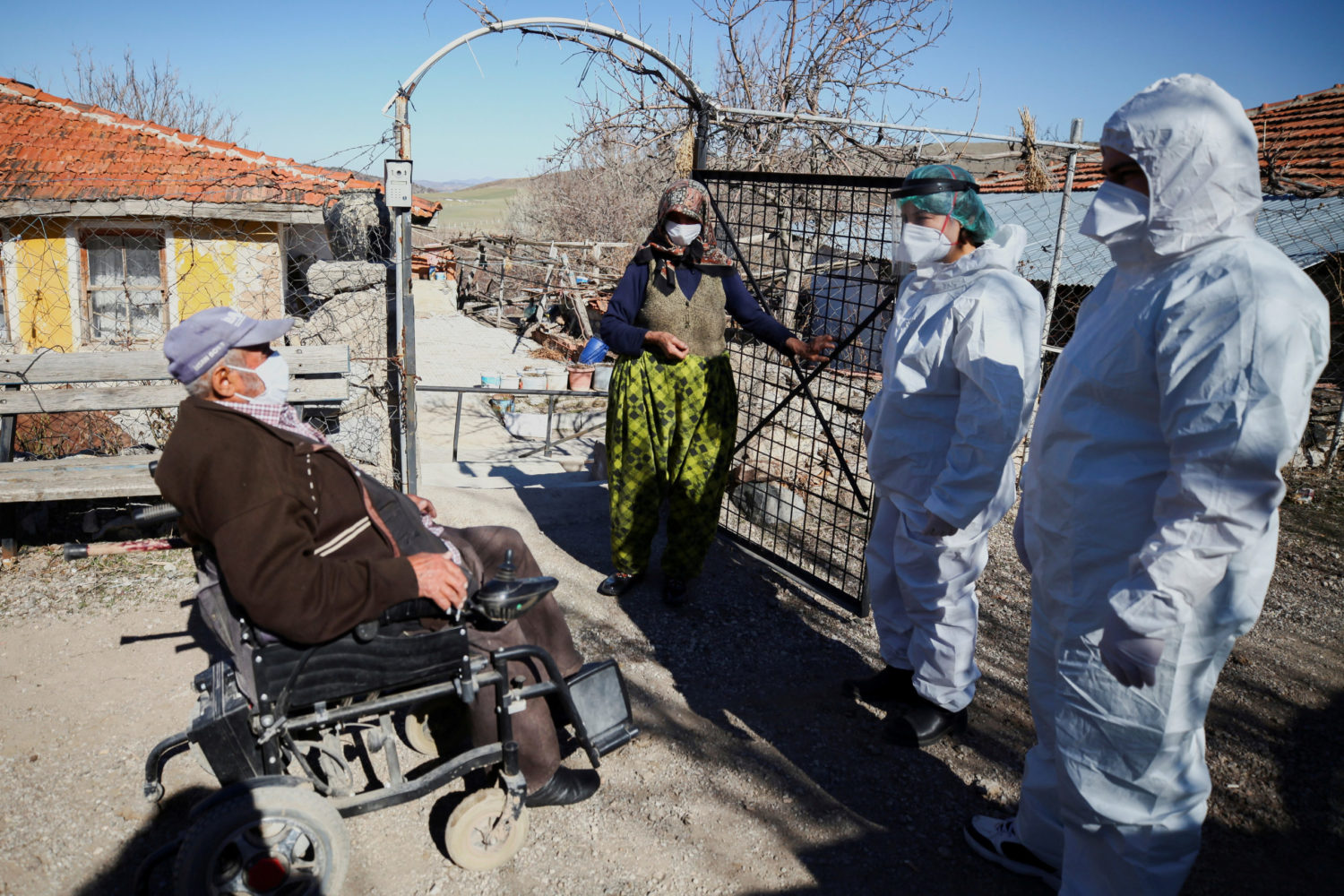 ISTANBUL/ANKARA (Reuters) – The red letters scrolling across the front of Fikret Oluk’s bus say: “Stay Home Turkey.” But the Istanbul driver said passengers are ignoring rules and overcrowding, sometimes without masks, even as coronavirus infections rocket.

Turkey – which has the highest level of daily new COVID-19 cases in Europe and the Middle East – again tightened measures last week to contain the rapid spread after calls for action by doctors and opposition politicians.

Among the rules are a limit of 69 passengers on Oluk’s busy urban bus route. When 89 are aboard, he says he draws the line.

“But unfortunately people do not listen. They attack us and put us in a difficult position,” said the driver of 10 years.

Interviews with Turks who have received a vaccine and those waiting for one show a mix of fear and frustration with record COVID-19 deaths and infections, which neared 56,000 on Thursday alone, and an uneven adherence to the rules.

The head of the Turkish Medics Association told Reuters she believed the biggest misstep of President Tayyip Erdogan’s government was broadly easing restrictions in March as daily case numbers fell below 10,000. She said this sacrificed the gains made over the winter, calling the approach “social murder.”

“We called this a ‘social murder’ because they already know what will cause these deaths, they do not have any preventative measures,” Sebnem Korucu Fincanci said, adding that intercity travel, manufacturing and public transportation should be halted.

Erdogan and his government came under fire last month for a party congress with thousands of people, many of whom were seen violating social distancing rules and not wearing or improperly wearing masks. Opposition parties and critics accused Ankara of undermining efforts to curb infections.

Nurettin Yigit, head doctor at a specially-built pandemic hospital in Istanbul, said the impact on the health system of the latest surge had been less than in previous waves and called the timing “unlucky.”

“The moment we began this controlled normalization, the entry of other mutations from other countries started,” he told Reuters as medical staff administered vaccines to patients. He attributed the rise partly to people travelling domestically.

Ankara has blamed coronavirus variants for the surge in infections, saying some 85% of total cases across the country are from the variant first identified in Britain, as well as a lack of commitment to measures such as social distancing and mask wearing.

On Friday, Health Minister Fahrettin Koca told the Hurriyet daily that the solution to the “serious rise” in infections was to speed up vaccinations, adding he aimed to have all citizens over 20 years old vaccinated by July.

Fincanci called Ankara’s vaccination goals unrealistic and criticized what she called the inaccurate reporting of case and death numbers. “They have to be realistic, they have to be transparent,” she said.

Turkey has administered around 18 million doses of COVID-19 vaccines so far, roughly enough to cover about 11% of the population, according to a Reuters tally.

The government has dismissed criticisms over its handling of the pandemic and the measures it has implemented, saying public health is the priority.

It has adopted fresh stay-at-home orders for weekends and will halt dining at restaurants starting Tuesday for the Islamic fasting month of Ramadan.

But the country has remained largely open for business since last June and many have hit the streets and cafes as the weather has warmed – worrying some who have stayed home.

“I haven’t drank tea in a café for 11 months. I don’t leave the house,” said Mehmet Tut, 62, sitting outside a hospital treatment room after receiving his first vaccine shot on Friday.

“We will still be careful as we wait for the second dose” even as others are not taking enough precautions, he said. “They expect everything from the state but it is up to us. If we are careful we won’t get sick.”