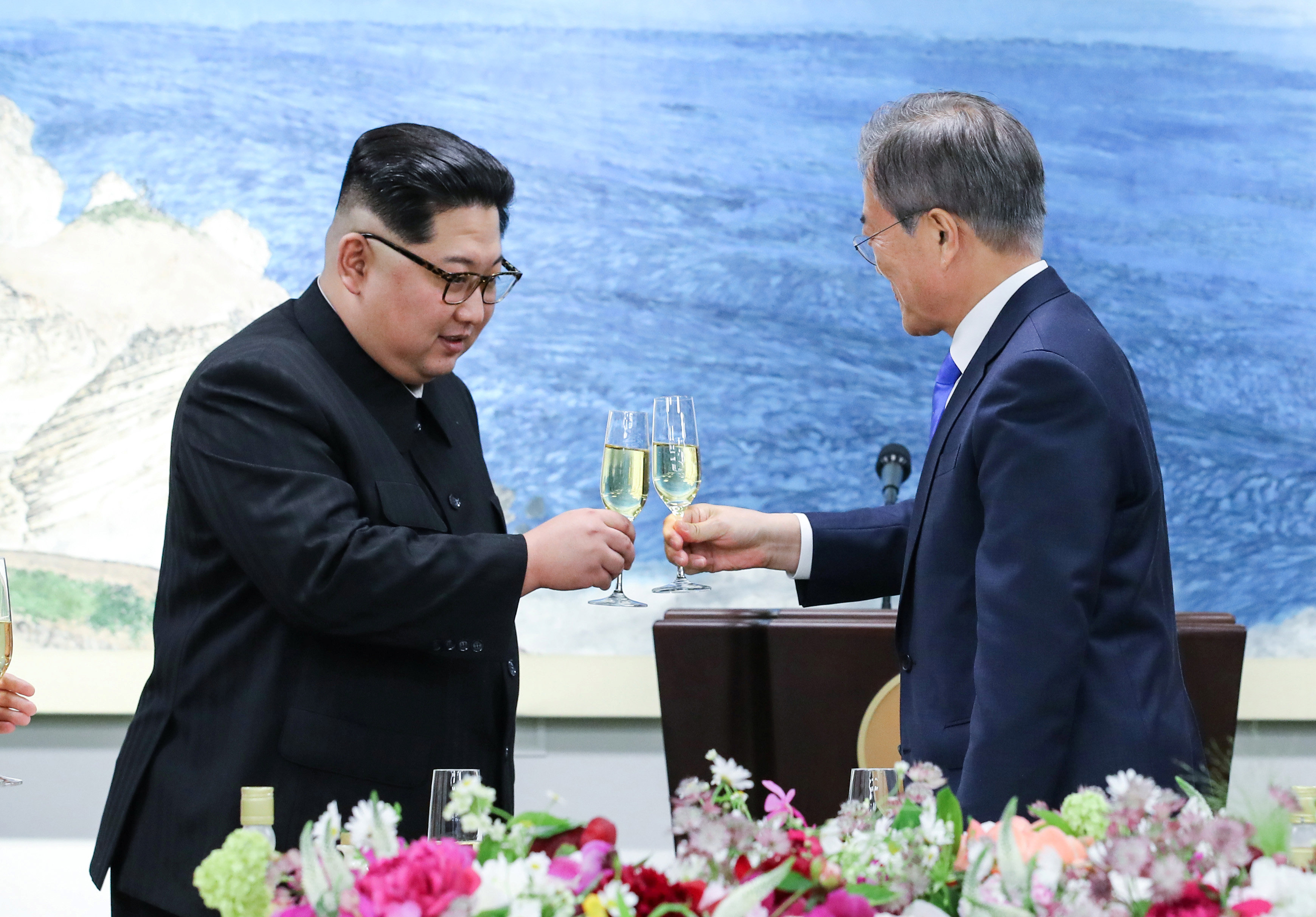 By Josh Smith and Christine Kim

SEOUL (Reuters) – North and South Korea made ambitious promises for peace on Friday, including to formally end the Korean War this year, but made only a vague commitment to “complete decentralization of the Korean peninsula” without specifics on how that key goal would be achieved.

The declaration signed at the historic summit between the leaders of the two Koreas also did not mention several issues that have been prominent in the past, including human rights in North Korea and joint economic projects.

As the focus now shifts to North Korean leader Kim Jong Un’s expected meeting in May or June with U.S. President Donald Trump, here is a summary of key issues in the agreement:

North Korea’s nuclear weapons and ballistic missile programs have become central to the conflict, and many observers were hoping the summit would provide more insight into whether Kim Jong Un is truly willing to give up those weapons.

Both South Korea and the United States say they share the goal of forcing North Korea to abandon its nuclear arms, and the Trump administration says there will be no reduction in pressure on Pyongyang until it has completely denuclearized.

Any economic relations between the two Koreas are limited by sanctions imposed over the programs.

In the agreement, the two Koreas “confirmed the common goal of realizing, through complete decentralization, a nuclear-free Korean Peninsula” and “agreed to carry out their respective roles and responsibilities in this regard”.

Such language is similar to past declarations, however, and South Korea offered no additional details beyond saying it would closely cooperate with the United States and the international community on the issue.

“It largely recycles the aspirational language of preceding Inter-Korean documents,” said Daniel Russel, former U.S. assistant secretary of state for East Asia. “It falls short of the explicit commitments to decentralization in some past declarations.”

Past efforts to entice Pyongyang to abandon its nuclear program have failed in part due to North Korean demands the United States withdraw its troops from the peninsula and remove its “nuclear umbrella” of support for the South. South Korea has said Kim may be willing to compromise on this traditional sticking point, but no new details were announced at the summit.

A concrete goal outlined in the declaration was the formal ending the state of war that has existed since the 1950-53 Korean War was halted with a truce, not a treaty.

South Korea and a U.S.-led U.N. force are technically still at war with North Korea and the idea of an official peace deal to change that is not something that can be resolved by the Koreas alone. So the declaration calls for meetings with the United States and possibly China, which were both involved in the conflict.

North and South Korea have seriously discussed the idea before. In 1992, the two sides agreed to “endeavor together to transform the present state of armistice into a solid state of peace”.

The last inter-Korean summit in October 2007 concluded with a declaration by the two Koreas to “recognize the need to end the current armistice regime and build a permanent peace regime” and “to work together to advance the matter of having the leaders of the three or four parties directly concerned to convene on the Peninsula and declare an end to the war”.

Reunions between families divided by the war and the border are an emotional issue. The two sides agreed to hold “reunion programs” on Aug. 15, the day both Koreas celebrate their independence from Japanese colonization.

The last family visits were at the end of 2015, but the program fell apart amid souring relations.

After Moon took office last May, his administration quickly asked that the visits resume, but North Korea never officially responded.

North Korean state media implied that the program could be resumed if South Korea sent back a dozen North Korean waitresses who defected to the South after working at a restaurant in China, but that demand appears to have been dropped.

The DMZ, which snakes for 240 km (150 miles) along the 38th parallel, was drawn in the 1953 armistice that ended three years of bitter fighting. The zone is 4 km (2.5 miles) wide, and has become an unlikely tourist attraction.

Friday’s declaration said each side would cease propaganda broadcasts, hold regular military meetings, and take other measures to reduce tensions along the border and turn the DMZ into a “peace zone”.

“Demilitarizing” the DMZ could also mean the removal of guard posts and landmines.

After previously establishing a “hotline” between the two presidents’ offices, the two Koreas pledged to increase direct inter-Korean exchanges and dialogue, including between lower-level political officials.

The two Koreas will also set up a communications office in Kaesong in North Korea, although the timing for that was not specified.

The countries’ defense officials will meet in May, and Moon plans to visit Pyongyang later in the year for another summit.