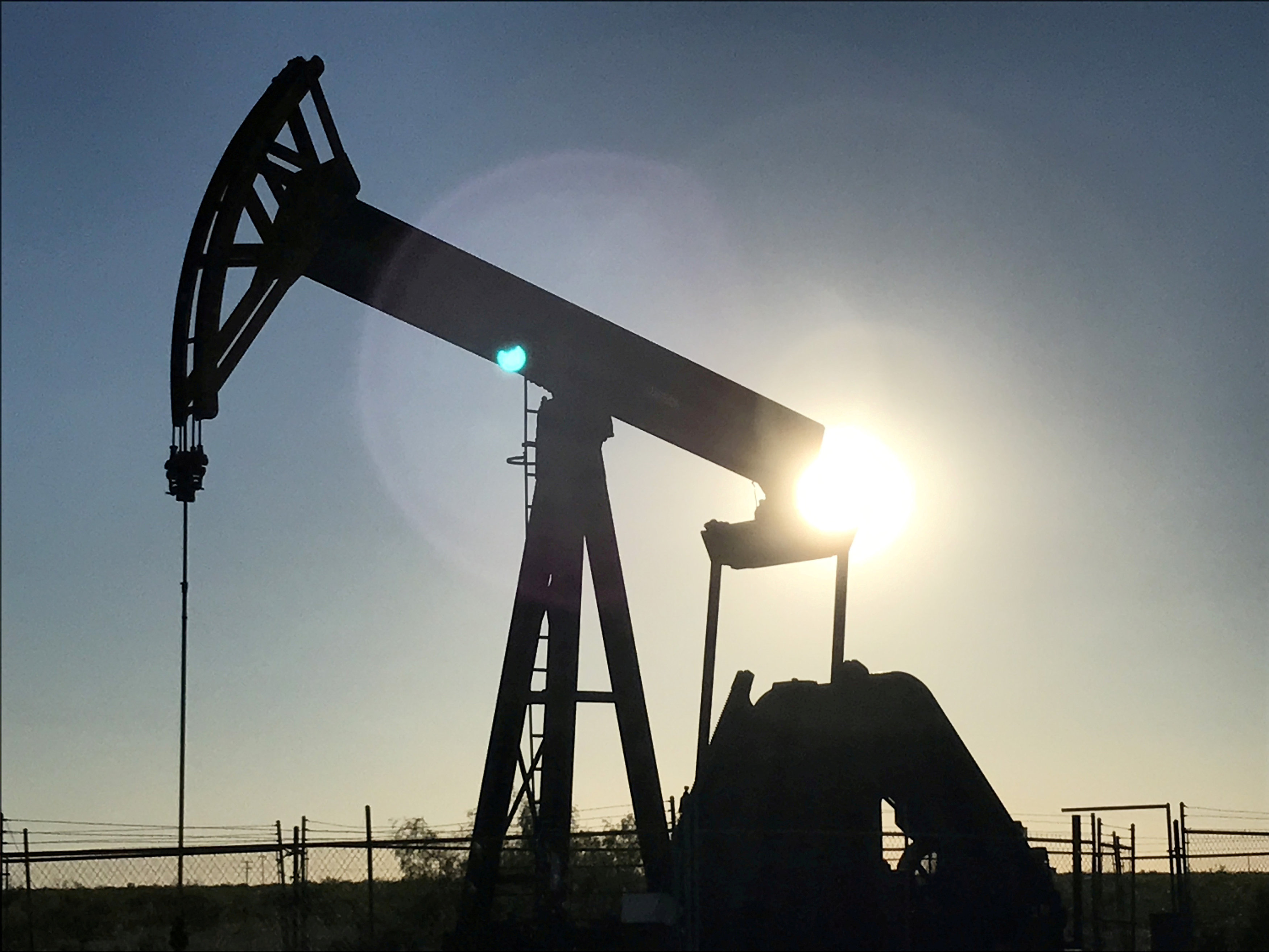 NEW YORK (Reuters) – Oil prices fell more than 1 percent on Wednesday and gasoline futures tumbled, after the U.S. government said crude inventories rose more than expected while gasoline stocks posted a big build instead of the draw that was forecast.

Gasoline futures lost 2.2 percent to $1.7636 a gallon. The rise in inventories came even as refineries boosted activity in the most recent week.

Soaring U.S. production kept a lid on oil prices this year, even though the Organization of the Petroleum Exporting Countries and Russia have reduced output.

“Climbing U.S. production continues to weigh on the market as traders fear that the OPEC output cuts will be nullified by the rising U.S. output,” said William O’Loughlin, investment analyst at Australia’s Rivkin Securities.

U.S. crude production has risen by a fifth since mid-2016 to more than 10 million barrels per day. Wednesday’s release showed weekly production rose again to 10.3 million bpd. More reliable monthly figures are due later in the day, and analysts expect that report to show another large upward revision.

Prices were pressured earlier after three of the world’s top consumers of crude – China, India and Japan – reported a slowdown in monthly factory activity. 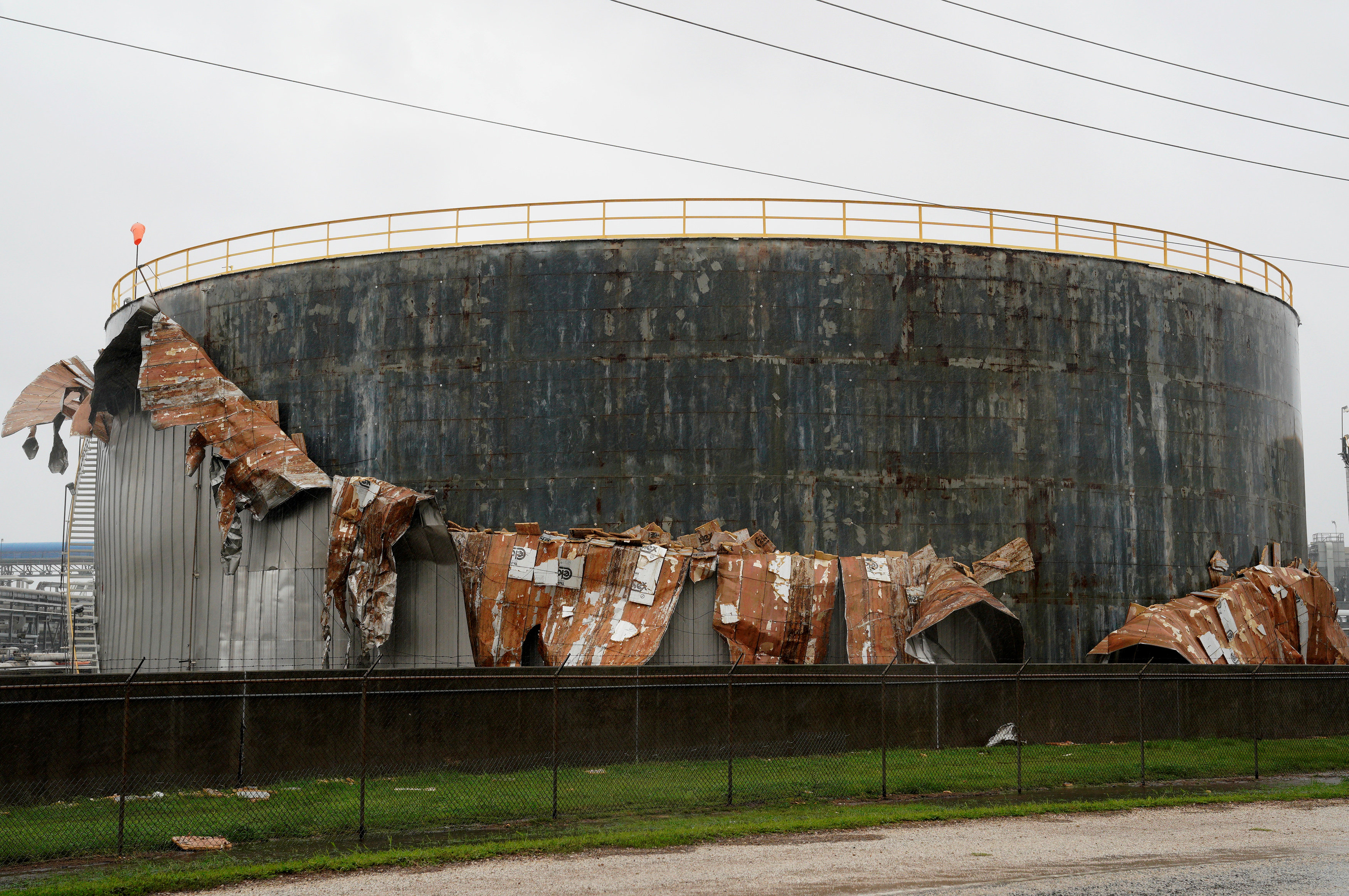 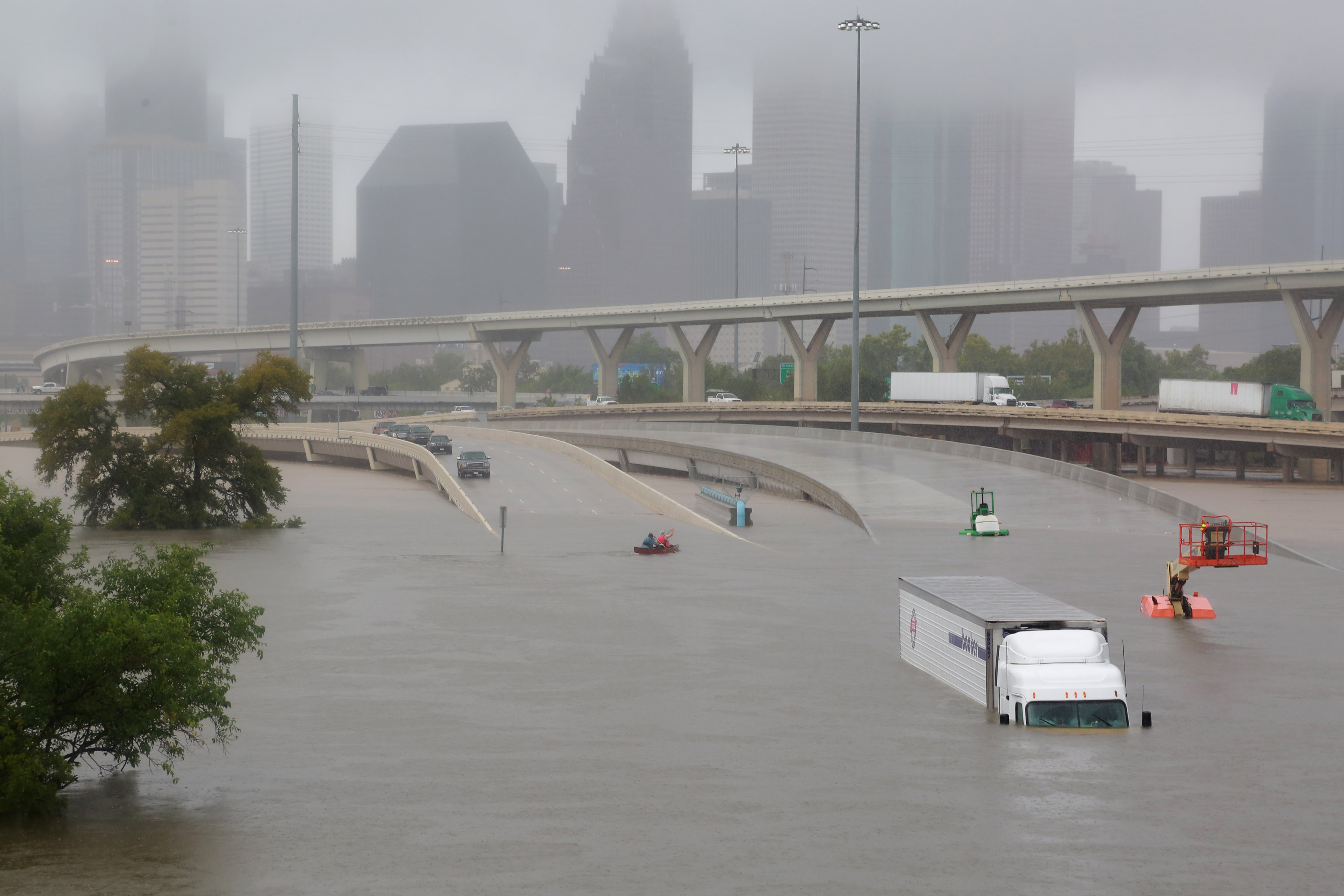 By Ernest Scheyder and Erwin Seba

HOUSTON (Reuters) – A hurricane in the heart of the U.S. energy industry is set to curtail near-record U.S. oil production for several weeks, with the impact expected to reverberate throughout the country and across international energy markets.

Harvey hit the Texas shore as a fierce Category 4 hurricane, causing massive flooding that has knocked out 11 percent of U.S. refining capacity, a quarter of oil production from the U.S. Gulf of Mexico, and closed ports all along the Texas coast.

Gasoline futures jumped as much as 7 percent to their highest level in more than two years in early Monday trading in Asia as traders took stock of the storm’s impact.

The outages will limit the availability of U.S. crude, gasoline and other refined products for global consumers and further push up prices, analysts said.

Damage assessments could take days to weeks to complete, and the storm continues to drop unprecedented levels of rain as it lingers west of Houston, home to oil, gas, pipeline and chemical plants. And restarts are dangerous periods, as fires and explosions can occur.

So far, the federal government has not announced if it will release barrels of oil or refined products from the nation’s Strategic Petroleum Reserve (SPR), which holds nearly 680 million barrels of oil.

The SPR was established in the 1970s to prevent supply shocks in the wake of an embargo imposed by several members of the Organization of the Petroleum Exporting Countries (OPEC).

“This is not like anything we have ever seen before,” said Bruce Jefferis, chief executive of Aon Energy, a risk consulting practice. It is too soon to gauge the full extent of Harvey’s damage to the region’s energy infrastructure, he said.

More than 30 inches (76 cm) fell in the Houston area in 48 hours and a lot more rain is forecast, according to the National Weather Service.

The storm was felt from coastal ports to inland oil and gas wells. Oil producers in the Eagle Ford shale region of south Texas have halted some operations.

At least four marine terminals in the Corpus Christi area, an export hub for energy deliveries to Latin America and Asia, remained closed due to the storm.

“We just simply don’t know yet the damage all this rain will have on Houston’s energy infrastructure,” said Andrew Lipow, president of energy consultancy Lipow Oil Associates LLC.

Texas refineries could be offline for up to a month if their storm-drainage pumps become submerged, he said.

As the storm churned towards Texas on Friday, U.S. gasoline futures rose to their highest level in three years for this time of year. Those gains came even before several large Houston area refiners, including Exxon Mobil Corp, halted some operations.

Exxon closed the second largest U.S. refinery, its 560,500 barrel-per-day (bpd) refinery in Baytown, Texas, complex because of flooding. Royal Dutch Shell  also halted operations at its 325,700-bpd Deer Park, Texas, refinery. The refinery may be shut for the week, it said.

Not every plant in the region was hit. Operations were stable at the largest U.S. crude refinery, Motiva Enterprises’ 603,000-bpd Port Arthur plant, the company said.

Motiva double-staffed the refinery’s crew ahead of the storm, as did Total SA  at the company’s 225,500-bpd Port Arthur refinery, said sources familiar with plant operations.

Coastal refineries in Texas account for one-quarter of the U.S. crude oil refining capacity. All of those refineries have been impacted by Harvey since Thursday when refineries in Corpus Christi, Texas, shut in production ahead of the storm’s landfall on Friday.

Colonial Pipeline, the largest mover of gasoline, diesel and other refined products in the United States, said its operations had not been affected by Harvey. Any disruptions to the conduit would send prices across the U.S. Southeast and Northeast soaring. Traders have been keeping a close eye on whether there will be an outage at the pipeline.

Citgo Petroleum Corp and Flint Hills Resources , two of the refiners that closed last week as the storm approached, did not provide updates about the status of their Corpus Christi refineries on Sunday. 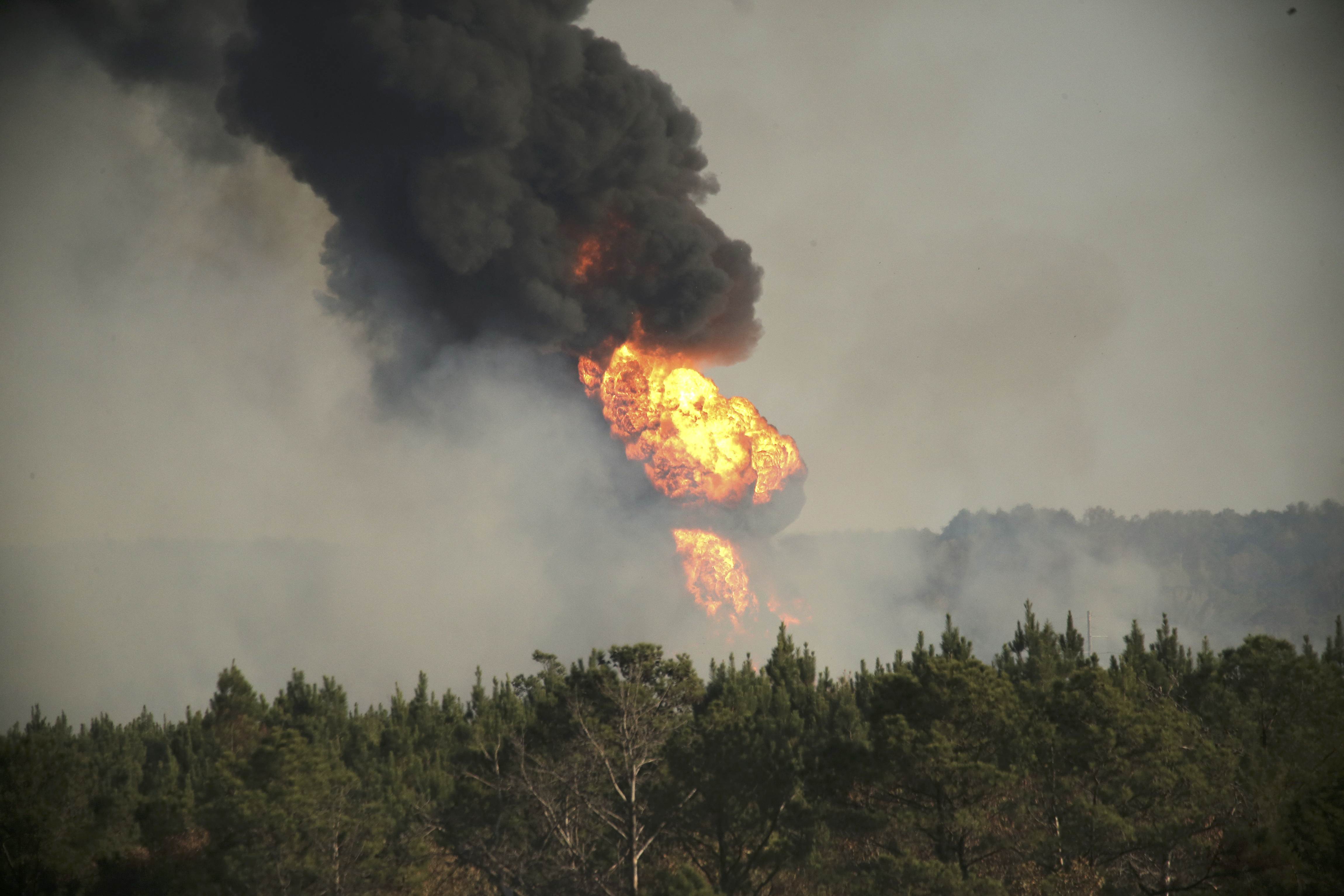 A contract crew working on the gasoline pipeline experienced an incident when the trackhoe it was using hit the line, gasoline was ignited and caused a fire, Colonial said in an
e-mailed statement.

The fire continues to burn and five individuals were transported to Birmingham-area hospitals for treatment, while one fatality was recorded at the scene, according to the company.

(Reporting by Apeksha Nair in Bengaluru; Editing by Christian
Schmollinger)