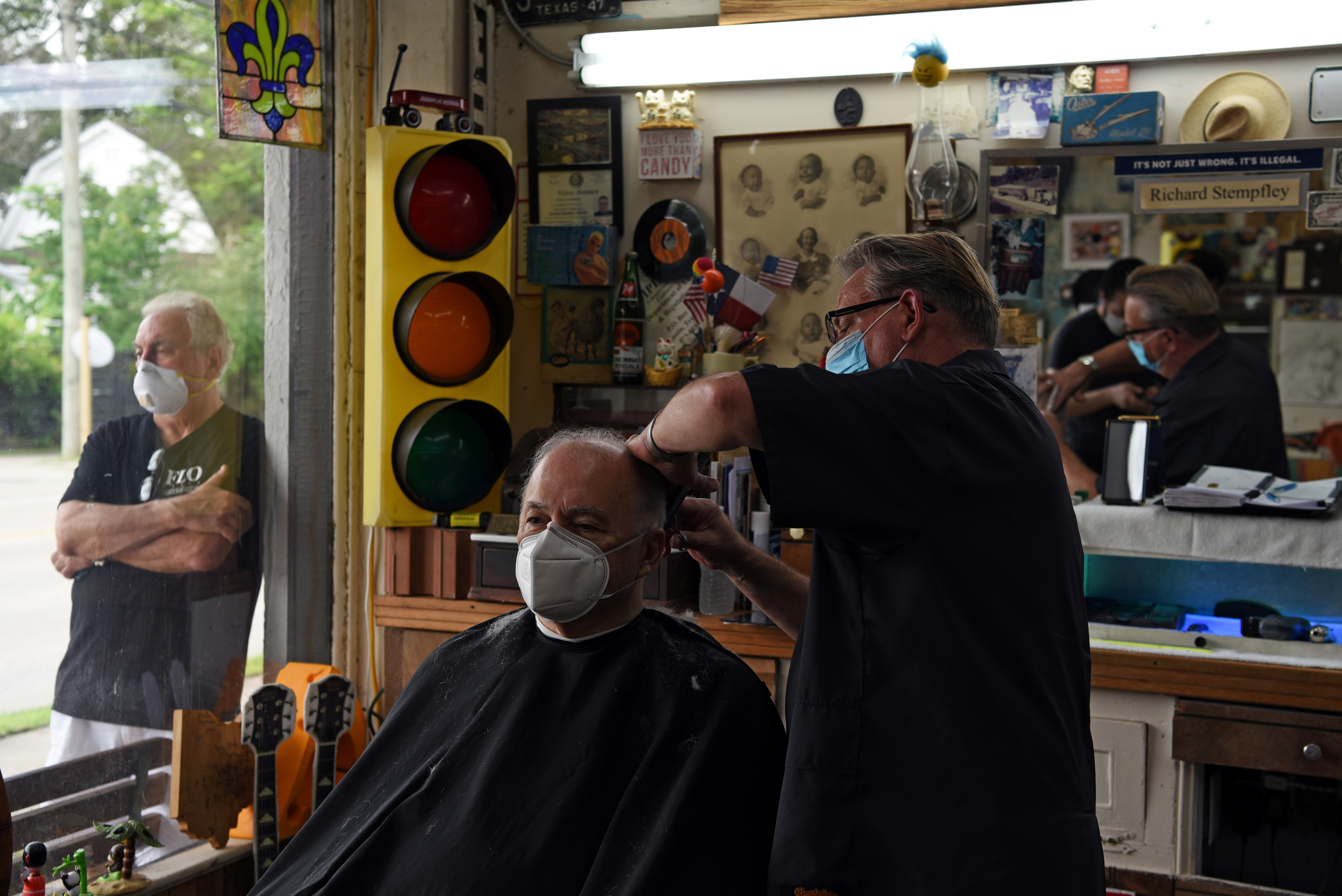 By Lucia Mutikani and Maria Caspani

WASHINGTON (Reuters) – The coronavirus pandemic triggered the steepest monthly loss of U.S. jobs since the Great Depression, government data showed on Friday, while Michigan and California prepared to put people back to work after a manufacturing shutdown.

Labor Department data for April showed a rise in U.S. unemployment to 14.7% – up from 3.5% in February – demonstrating the speed of the U.S. economic collapse after stay-at-home policies were imposed in much of the country to curb the pathogen’s spread.

Worse economic news may yet come. White House economic adviser Kevin Hassett said the unemployment rate is likely to move up to around 20% this month.

The economic devastation has put a sense of urgency into efforts by U.S. states to get their economies moving again, even though infection rates and deaths are still climbing in some parts of the country.

At least 40 of the 50 U.S. states are taking steps to lift restrictions that had affected all but essential businesses.

Two manufacturing powerhouses, Michigan and California, outlined plans on Thursday to allow their industrial companies to begin reopening over the next few days.

“If we make a mistake and react too quickly, the situation is only going to get worse,” New York Governor Andrew Cuomo told a news conference. “We have people who are dying.”

The virus has killed nearly 76,000 Americans with more than 1.26 million confirmed cases, according to a Reuters tally.

An astounding 20.5 million U.S. jobs were lost in April – the steepest loss since the Great Depression some 90 years ago – and the jobless rate broke the post-World War Two record of 10.8% in November 1982, the government said.

Just as the pathogen itself has hit black and Hispanic Americans particularly hard – they are overrepresented in the U.S. death toll relative to their population size – minorities also have suffered greater job losses during the crisis.

The April unemployment rate was 14.2% for white Americans, but the rate reached 16.7% among African Americans and 18.9% among Hispanic Americans, the data showed.

Rita Trivedi, 63, of Hudson, Florida, was furloughed as an analyst at Nielsen Media Research on April 23 and has struggled to secure benefits from the state’s troubled unemployment system. Trivedi worries that she does not have enough money to cover her husband’s medical bills and other expenses.

“I’m more than anxious, I’m more than worried – it’s ‘can’t sleep’ kind of anxious,” Trivedi said in an interview. “I’m just so tense thinking about these things and how to manage.”

“What we’re looking for now is red flags for reopening, and unfortunately we’re seeing those red flags – about a 2 to 4% daily increase in the rest of the country when you take New York out of the analysis,” Bossert told ABC News.

That increase, if not contained, could lead to “really devastating results in the next 72 days,” Bossert added.

Governor Gretchen Whitmer on Thursday gave the go-ahead to Michigan manufacturers to restart on Monday, removing a major obstacle to North American automakers seeking to bring thousands of idled employees back to work this month.

In California, her fellow Democratic Governor Gavin Newsom unveiled rules permitting manufacturers in his state – ranging from makers of computers, electronics and textiles to aerospace and chemical plants – to reopen as early as Friday.

President Donald Trump, seeking re-election in November, initially played down the threat posed by the coronavirus and has given inconsistent messages about how long the economic shutdown would last and the conditions under which states should reopen businesses.

“Those jobs will all be back, and they’ll be back very soon,” Trump told Fox News on Friday.

A member of Vice President Mike Pence’s staff has tested positive for the virus, briefly delaying Pence’s Friday flight to Iowa and prompting some fellow passengers on Air Force Two to disembark, according to a White House official.

As many as 75,000 Americans could die due to alcohol or drug misuse and suicide triggered by the pandemic, according to a report by the Well Being Trust, a national foundation working on mental health and wellbeing.

The Chinese government has been scrambling over the last few days in an attempt to stave off a massive stock collapse similar to the 1929 U.S. stock market crash which caused the Great Depression.

The Wall Street Journal said Wednesday that it appears the Chinese government is losing control of the market despite efforts to stop the slide.  The stock market has already begun to impact other parts of the Chinese economy, with the country’s bond and currency markets starting declines.

The Shanghai Composite Index (SCI) fell 5.9% on Wednesday and has lost 33% of its value since a peak on June 12.  The total of the loss, $3.5 trillion, is nearly five times the value of computer giant Apple, Inc.

“Beijing’s latest bid to calm the market has had the opposite effect,” said Bernard Aw, market analyst at IG Group, told the Journal. “The panic is spreading, and authorities appear to be grasping at straws to hold back the tide.”

While most of the world is focused on Greece, which as a nation has a gross domestic product for a year that totals only 13% of the losses on the Chinese stock market since June 12.

Chinese government officials pushed more money to brokerage houses Wednesday in an attempt to prop up the market.  Over 1,300 Chinese companies, almost half the total in the market, have suspended their stock trading.

Mark Hulbert, Editor of the Hulbert Financial Digest, warns that another Great Depression could happen soon.

According to Hulbert, the stock market parallels the behavior of the stock market before the 1929 crash. A chart comparing today’s market to the market of 1928-29 is making its rounds around Wall Street, and experts are frightened by what they see.

“…the market over the past two months has continued to more or less closely follow the 1928-29 pattern outlined in that two-months-ago chart. If this correlation continues, the market faces a particularly rough period later this month and in early March,” Hulbert wrote in his analysis of the stock market.

Although the markets’ correlation is uncanny, Tom McClellan of the McClellan Market Report, mentioned “…there is no guarantee that the market has to continue following through with every step of the 1929 pattern…” However, McClellan does believe there is reason for caution between now and May 2014.

A new report in the New York Times says that homeless children in New York City have reached the highest level since the Great Depression.

The report shows a pattern in New York of rents rising while low-income wages such as jobs with fast food restaurants have stagnated making it impossible for many one-parent families to be able to afford a place to live.

However, at least two-thirds of the homeless children in New York do not have a working parent in their family and many of those children have parents addicted to drugs or alcohol.

The waiting list for public housing in the city has close to 250,000 people according to the Times report. The number of poor in the city has risen to the level that almost half of those in the city are living at or below the poverty line.

New York is not the only city dealing with a problem concerning homeless children. The United States is has the second highest rate of child poverty in any developed nation, behind only Romania.