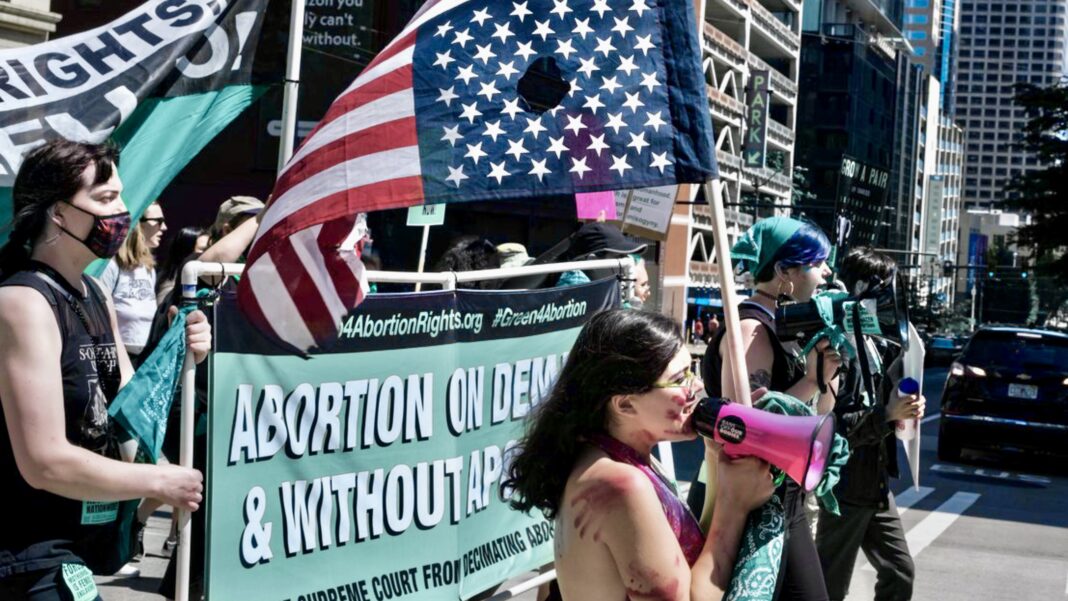 Matthew 5:10 ““Blessed are those who are persecuted for righteousness’ sake, for theirs is the kingdom of heaven.” 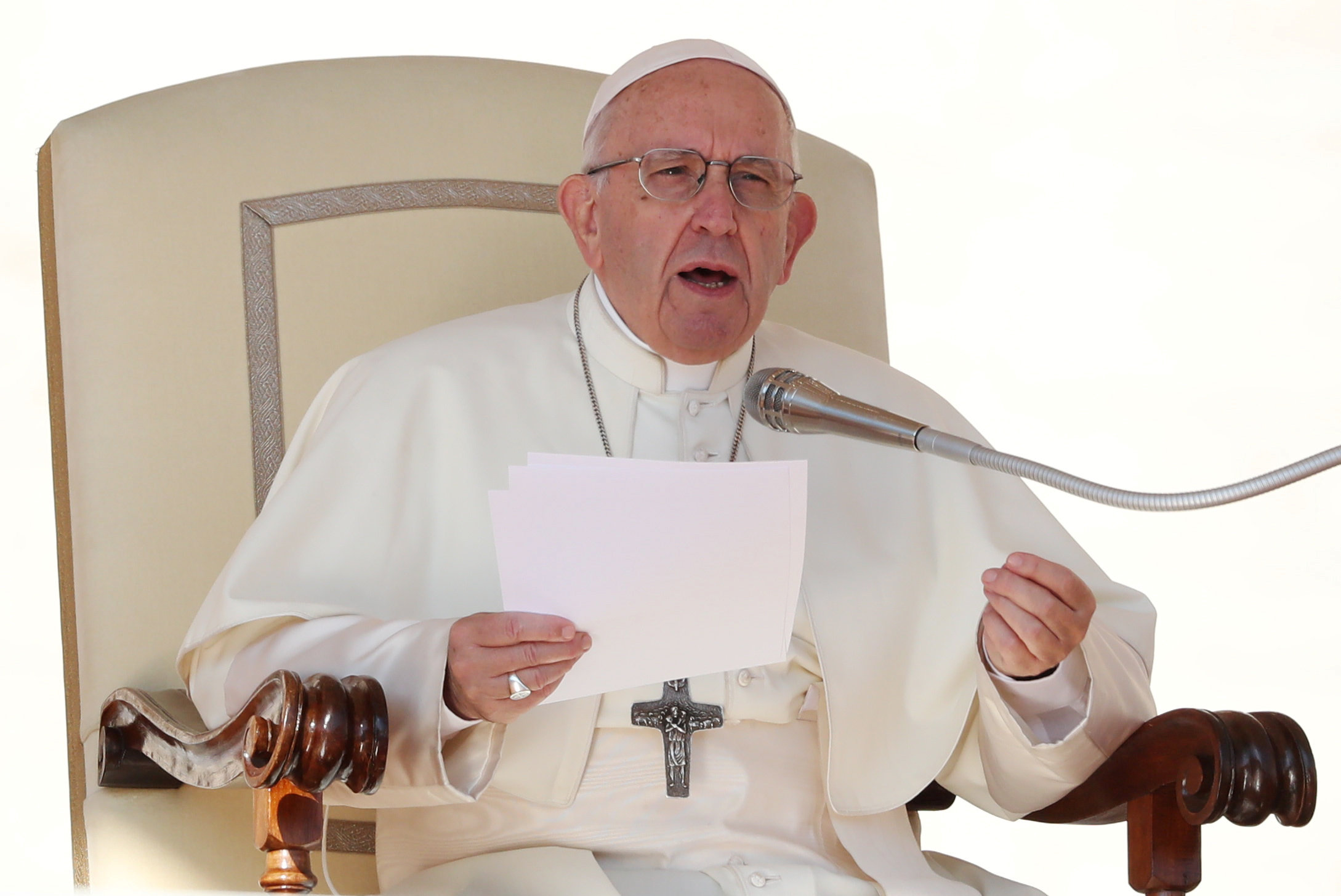 VATICAN CITY (Reuters) – Pope Francis on Wednesday compared having an abortion to “hiring a “hit man” to eliminate a problematic person, in comments sure to be welcomed by conservative Catholics who have accused the pontiff of not speaking out enough on “cultural war” issues.

Abortion is a raging political battle in a number of countries, including the United States, where many conservatives hope the Supreme Court will eventually overturn the landmark 1973 ruling known as Roe v. Wade, which legalized abortion.

Francis made his off-the-cuff comments on abortion, some of his toughest to date, in an address to tens of thousands of people gathered in St. Peter’s Square for his weekly general audience.

The pope denounced what he called the contradiction of allowing “the suppression of human life in the mother’s womb in the name of safeguarding other rights”.

“But how can an act that suppresses an innocent and helpless life that is germinating be therapeutic, civilized or even simply human?” he said.

“I ask you: ‘Is it right to ‘take out’ a human life to solve a problem? What do you think? Is it right? Is it right or not?” he said in unprepared remarks.

Many in the crowd shouted “No”.

The Roman Catholic Church teaches that life begins at the moment of conception and ends at the moment of natural death. It also forbids euthanasia but says that a family or a patient can decide to stop using extraordinary means to keep people alive.

Shortly after becoming pope in March 2013, Francis appeared to downplay the importance of “cultural war” issues such as abortion, contraception and gay marriage, saying in an interview the Church had become “obsessed” with them.

“It is not necessary to talk about these issues all the time,” he said in that interview, adding that the Church’s stand on them was very clear and that it also had to address social issues such as poverty, injustice and immigration. 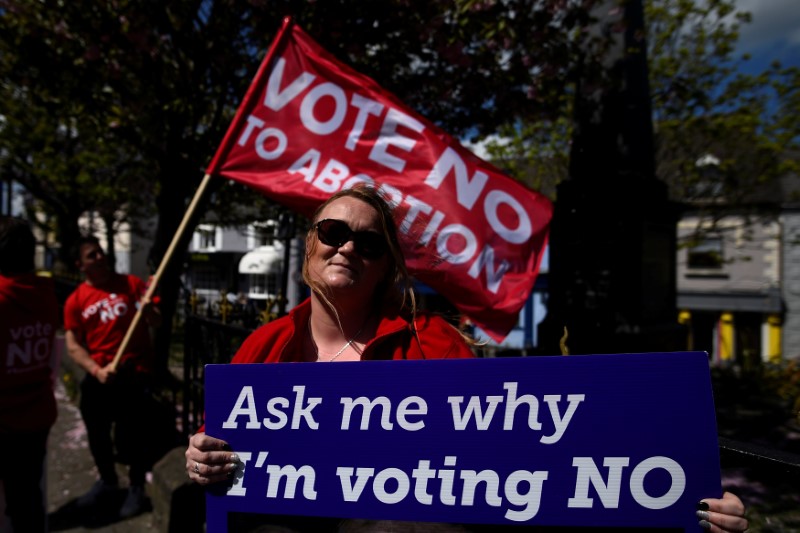 NENAGH/CORK, Ireland (Reuters) – Three decades after Ireland introduced one of the world’s only constitutional bans on abortion, the Church that was so pivotal in securing the law’s passage finds itself a minor player in the now mainly secular battle to repeal it.

A vote on May 25 on whether to scrap the 1983 ban is the latest referendum to gauge just how much has changed in Ireland, once one of Europe’s most socially conservative and staunchly Catholic countries.

Polls suggest the repeal camp is in the lead but the vote is much closer than three years ago when Ireland became the first country to back gay marriage in a national referendum. The one-in-five who are undecided are likely to decide the outcome, both sides say.

As in the gay marriage case, the role of the Catholic Church this time is tricky: some feel the Church should be out in front robustly defending one of its core teachings. Others worry moralizing by celibate priests may prove counter-productive.

The leaflets she distributed around the rural market town of Nenagh mentioned religion just once, to address concerns that campaigners in favor of the ban were imposing their beliefs on the country.

“Not true. You don’t have to be from any faith tradition to agree that human life should be protected… The right to life is first and foremost a human rights issue,” it read.

Religion was front and center when Ireland voted to ban abortion in a 1983 referendum described by columnist Gene Kerrigan as part of a “moral civil war” between conservative Catholics and progressive liberals for the country’s future.

The eighth amendment to enshrine the equal right to life of mother and her unborn child was proposed by a coalition of Catholic groups who feared Ireland would follow the United States and United Kingdom into expanding access to abortion.

Protestant churches felt the wording was too rigid, but it passed by a margin of two to one.

The result showed the depth of Catholic influence in Ireland. But it also consolidated opposition when the implications of the ban became clear in a series of legal cases just as clerical abuse scandals rocked trust in the Church.

Ireland was transfixed by the 1992 case of a 14-year-old rape victim barred from leaving the country by judicial order after she told the police she was planning to get an abortion. The injunction was lifted by the Supreme Court on the grounds her life was deemed at risk by suicide.

A referendum later that year enshrined the right of women to travel for an abortion, legalizing a stream of more than 3,000 women who go to Britain every year for terminations.

In 2012 a 31-year-old Indian immigrant died from a septic miscarriage after being refused an abortion that might have saved her life.

The ensuing outcry led to legislation the next year to allow abortion when a woman’s life is in danger and, combined with criticism from the United Nations and European Court of Human Rights, helped build political pressure for a referendum to repeal the ban.

With just over two weeks to go before the vote, the Church has only recently begun to get involved, putting up posters at a few churches and allowing some anti-abortion campaigners to speak from the pulpit during Mass.

The small interventions have caused a rare public split.

The liberal Association of Catholic Priests, which represents more than 1,000 priests in Ireland, called the sermons “inappropriate and insensitive” and said that they would be regarded by some as “an abuse of the Eucharist.”

“As leadership of an association made up of men who are unmarried and without children of our own, we are not best placed to be in any way dogmatic on this issue,” it said.

Pastoral letters from some of the country’s 25 bishops have used increasingly emotive language in defense of the ban in recent days, however.

“We must not be naive about what is at issue in this Referendum. It is a great struggle between light and dark, between life and death,” Bishop of Cloyne William Crean said in his letter. “I invite you to CHOOSE LIFE!”

Campaigners on both sides say they are generally avoiding religion because they are afraid to alienate undecided voters and because it’s just not as relevant as it once was.

Seventy-eight percent of Irish people identified as Catholic in the 2016 census, down from 92 percent in 1991; 10 percent said they had no religion and 3 percent were Protestant. But a survey by national broadcaster RTE in 2006 showed Mass attendance had dropped to 48 percent from 81 percent since 1990. In 2011 the Dublin diocese said as few as 18 percent of Catholics in the capital went to Mass every week.

“I think telling voters to vote a particular way because God wants them to was never likely to be a winner for either campaign on either side,” said John McGuirk, spokesman for the Save the 8th umbrella group.

He described the campaign as a “much more secular battle” than 1983. While religious iconography featured in one recent national anti-abortion rally, campaigners are focusing on the science of how the fetus develops in the stages of pregnancy.

Yes campaigners, outfitted in the black sweatshirts with ‘Repeal’ in white that have become their symbol, talk about women’s rights and the medical dangers they say are created by the ban.

“It’s about the fact that … women don’t get a say in what they do with their bodies under the eighth amendment,” said 22-year-old Fay Carrol, a chef from Dublin who lives in Cork.

Others argue that since abortion is a reality for Irish women – by traveling or by ordering pills online – it should be acknowledged and integrated safely into the health care system.

“To require women to be dying to access termination of pregnancy… to demand that women who were raped carry their pregnancy to term, these are unacceptable risks and unacceptable situations,” said Rhona Mahony, Master of Dublin’s Holles Street Maternity Hospital.

Even without the Church’s active involvement, some Yes campaigners are concerned that the conservatism linked to Ireland’s Catholic tradition still guides many voters’ views.

“People are struggling with that legacy of centuries of Catholic Church teaching,” said veteran women’s rights campaigner Ailbhe Smyth. “I think this is, and will be, a very tight referendum.”