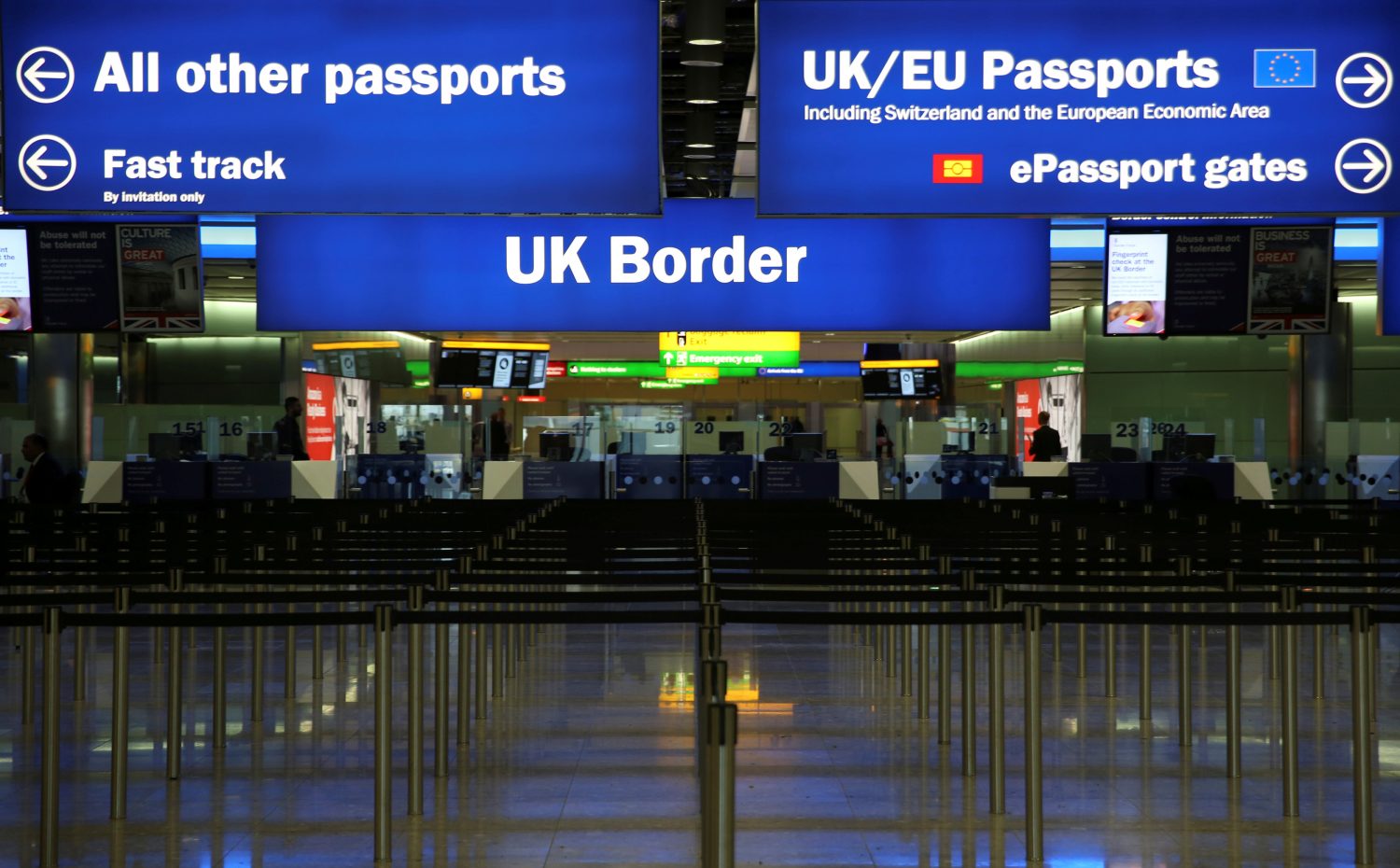 LONDON (Reuters) – Britain needs a wider range of immigrants to tackle shortages of workers ranging from archaeologists and architects to vets and web developers, government advisors said on Wednesday, just days after figures showed immigration had fallen to a five-year low.

Britain is reviewing its immigration system as it prepares to leave the European Union, which allows almost unrestricted free movement of workers between its 28 member states.

More than 3 million foreigners have moved permanently to Britain since 2009, despite the government’s aim to reduce net migration to 100,000 a year, and this was a top worry for voters at the time of 2016’s referendum to leave the EU.

However, in its first full review of job shortages in five years, the government’s Migration Advisory Committee (MAC) said shortages of workers in Britain’s economy had increased since 2013, as unemployment had fallen to its lowest since 1975.

The body, made up mostly of academic labor market economists, recommended that jobs similar to those done by 9% of workers in Britain should be put on an immigration shortage list, up from less than 1% in 2013.

“The expansion comes mainly from the wider set of health and IT sector jobs included,” the report said.

The MAC’s recommendations are not binding, but the government has generally followed previous suggestions.

Inclusion on the ‘shortage occupation list’ would mean employers no longer needed to prove they were unable to hire a British worker to do the job, and shortage workers would have priority over some other immigrants if quotas applied.

Businesses welcomed the recommendation from the body, which has already urged the government to lift a cap on high-skilled immigrants, but had upset some firms by opposing a new category of post-Brexit visa for low-skilled EU workers.

“Our research shows that three-quarters of firms are currently unable to find the talent they need, and vacancies are being left unfilled,” the British Chambers of Commerce said.

Stricter border controls were Britons’ top concern at the time of the 2016 referendum, but this has now fallen to third place, behind funding public healthcare and education, according to recent polling by market research company Kantar.

Nonetheless, some 42% of Britons still want to restrict EU citizens’ future rights to live in Britain after Brexit, while only 33% wanted to preserve them. 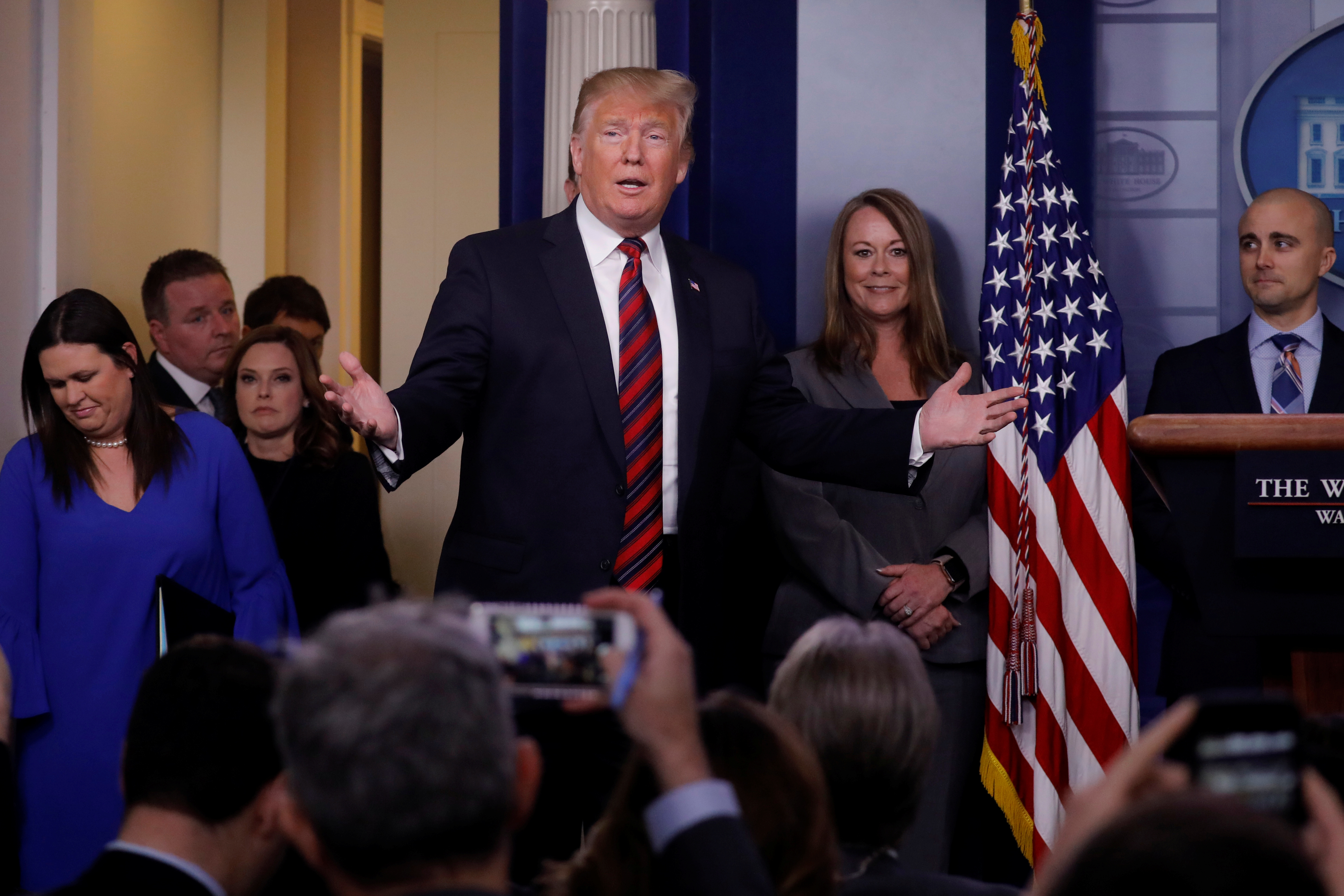 By Richard Cowan and Susan Heavey

WASHINGTON (Reuters) – President Donald Trump and congressional leaders gathered at the White House on Friday to try to end a 2-week-old partial U.S. government shutdown but all parties were entrenched over his demand for $5 billion to build a wall on the border with Mexico.

About 800,000 federal workers have been unpaid due to the closure of about a quarter of the federal government as Trump withholds his support for new funding until he secures the money for the wall that he promised to construct during his election campaign.

The wall, Trump has argued, is needed to stem the flow of illegal immigrants and drugs over the border. When he ran for president in 2016, Trump vowed Mexico would pay for the wall, which it has refused to do.

Democratic congressional leaders arrived at the White House for the meeting with Trump but it was unclear how much progress might be made.

It is the first showdown between Trump and Democrats since they took over the U.S. House of Representatives on Thursday after victories in last November’s elections.

“The president isn’t going to back off,” White House spokeswoman Sarah Sanders told reporters before the talks began.

The Senate on Friday adjourned until Tuesday afternoon in a sign that the shutdown would likely not end before then.

Ahead of the meeting, House Speaker Nancy Pelosi sought to separate the issue of the wall and government funding and called on Trump and his fellow Republicans in the Senate to reopen agencies as border talks continue.

“The wall and the government shutdown really have nothing to do with each other,” Pelosi, who has rejected any funding for what she has called an “immoral” border wall, said at an event hosted by MSNBC.

About 800,000 federal employees have either been furloughed or are working without pay because of the shutdown.

It is showing signs of straining the country’s immigration system and has been blamed for worsening backlogs in courts and complicating hiring for employers.

Trump continued to promote the wall in tweets to keep the pressure on Democrats on Thursday even as they gained significant power with their takeover of the House at the start of a new Congress.

Trump sent a letter to all members of Congress on Friday “on the need to secure our borders,” the White House said.

“Absolutely critical to border security and national security is a wall or a physical barrier that prevents entry in the first place,” Trump wrote.

Senate Majority Leader Mitch McConnell, a Republican, has rejected the House effort saying the president would not sign into law, although the Senate last month approved identical legislation.

“We’re in the same place … Any viable compromise will need to carry the endorsement of the president before it receives a vote in either house of Congress,” McConnell said, speaking on the Senate floor Friday morning.

But he may face pressure from within his caucus from vulnerable Republicans up for re-election in 2020.

“We should pass a continuing resolution to get the government back open. The Senate has done it last Congress, we should do it again today,” U.S. Senator Cory Gardner told The Hill on Thursday.

His colleague Susan Collins also called for the Senate to pass the funding bills, while several other Republicans urged an end to the shutdown, the Hill and New York Times reported.

Pelosi on Friday urged McConnell to bring the measures up for a vote. “The president can sign or not but he should never say, ‘I’m not even going to put it on the president’s desk,'” she told MSNBC, noting Congress can pass bills without Trump’s support.

Legislation can become law with a veto-proof majority of lawmakers’ support or if the president does not sign it or veto it within 10 days.

Vice President Mike Pence on Thursday suggested that in exchange for the wall, the White House could work with Democrats on so-called Dreamer immigrants who were brought to the United States illegally as children – an idea Trump had rejected.

In a Dec. 11 meeting with Pelosi and Democratic Senate Leader Chuck Schumer, Trump said he would be “proud” to shut the government over the security issue and would not blame Democrats. He has since said they are responsible.

A Reuters/Ipsos opinion poll last week showed that 50 percent of the public blame Trump for the shutdown and 7 percent blame Republican lawmakers, against 32 percent who blame Democrats.