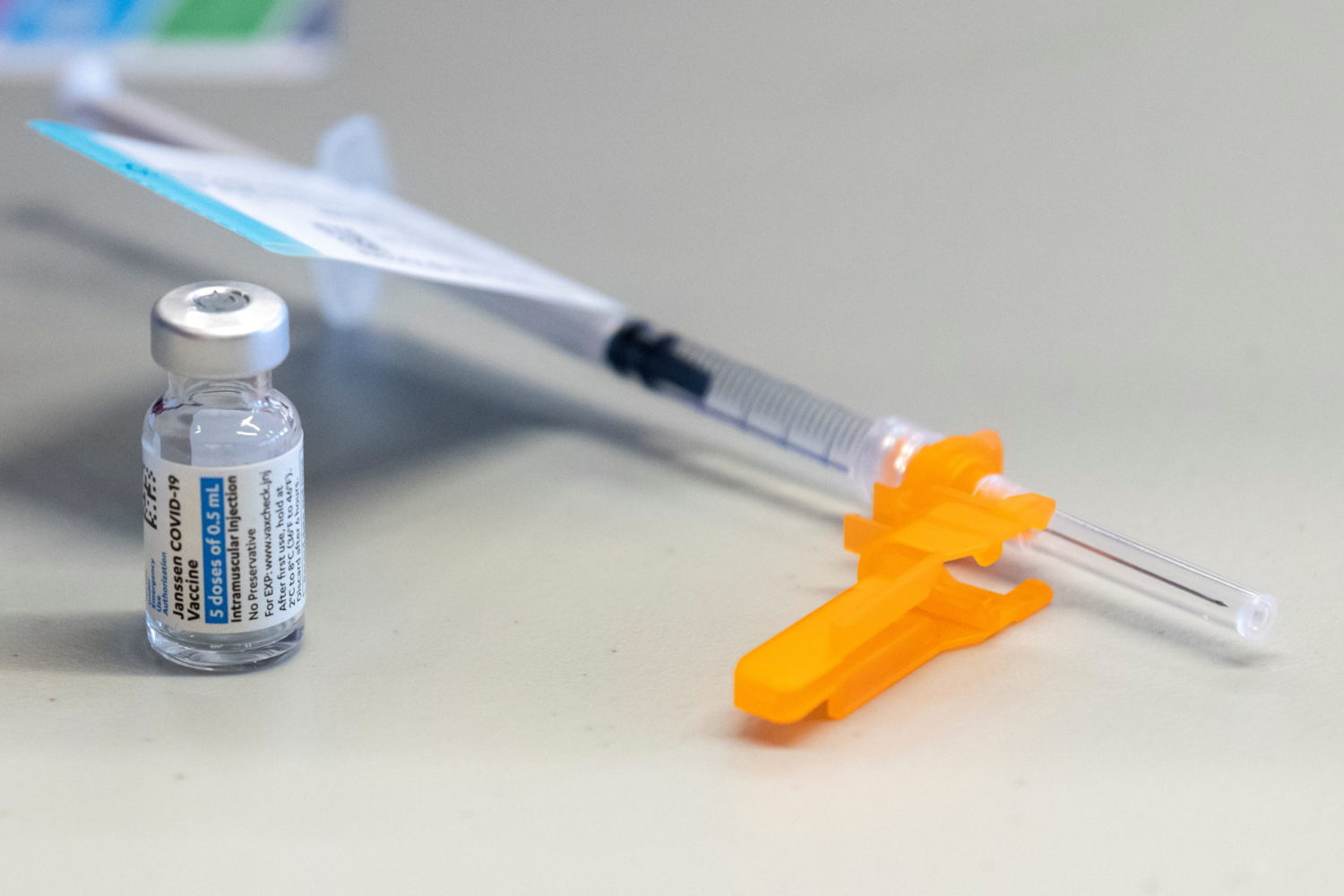 (Reuters) – The U.S. government will distribute 11 million doses of Johnson & Johnson’s COVID-19 vaccine next week in its continued effort to get 200 million shots in people’s arms in the first 100 days of President Joe Biden’s term, the White House said on Friday.

The United States is still on track to deliver on its goal of making shots available to all adults by the end of May, Jeff Zients, the White House’s COVID-19 response coordinator, told reporters.

Vaccine manufacturers Pfizer Inc and Moderna Inc expect to hit their target of supplying 220 million shots between them in the first quarter of 2021, he added.

J&J had said last month it would deliver 20 million doses of its single-dose inoculation in March. However, shipments were delayed because key U.S. manufacturing partners, including Catalent Inc, did not immediately receive U.S. regulatory clearance to send out doses made in their facilities.

The White House is also working to speed up administration of shots by increasing the number of active duty troops assisting with vaccinations, to more than 6,000 from 2,900, Zients said.

As of Friday, 71% of adults aged 65 and over have received at least one vaccine dose, Zients said.

Dr. Rochelle Walensky, head of the U.S. Centers for Disease Control and Prevention, said she was deeply concerned about the trajectory of COVID-19 cases in the United States. The country’s seven-day average daily case count is up 7% over last week, to 57,000 daily cases.

“We know from higher surges that if we don’t control things now, there is a real potential for the epidemic curve to soar again,” she said. 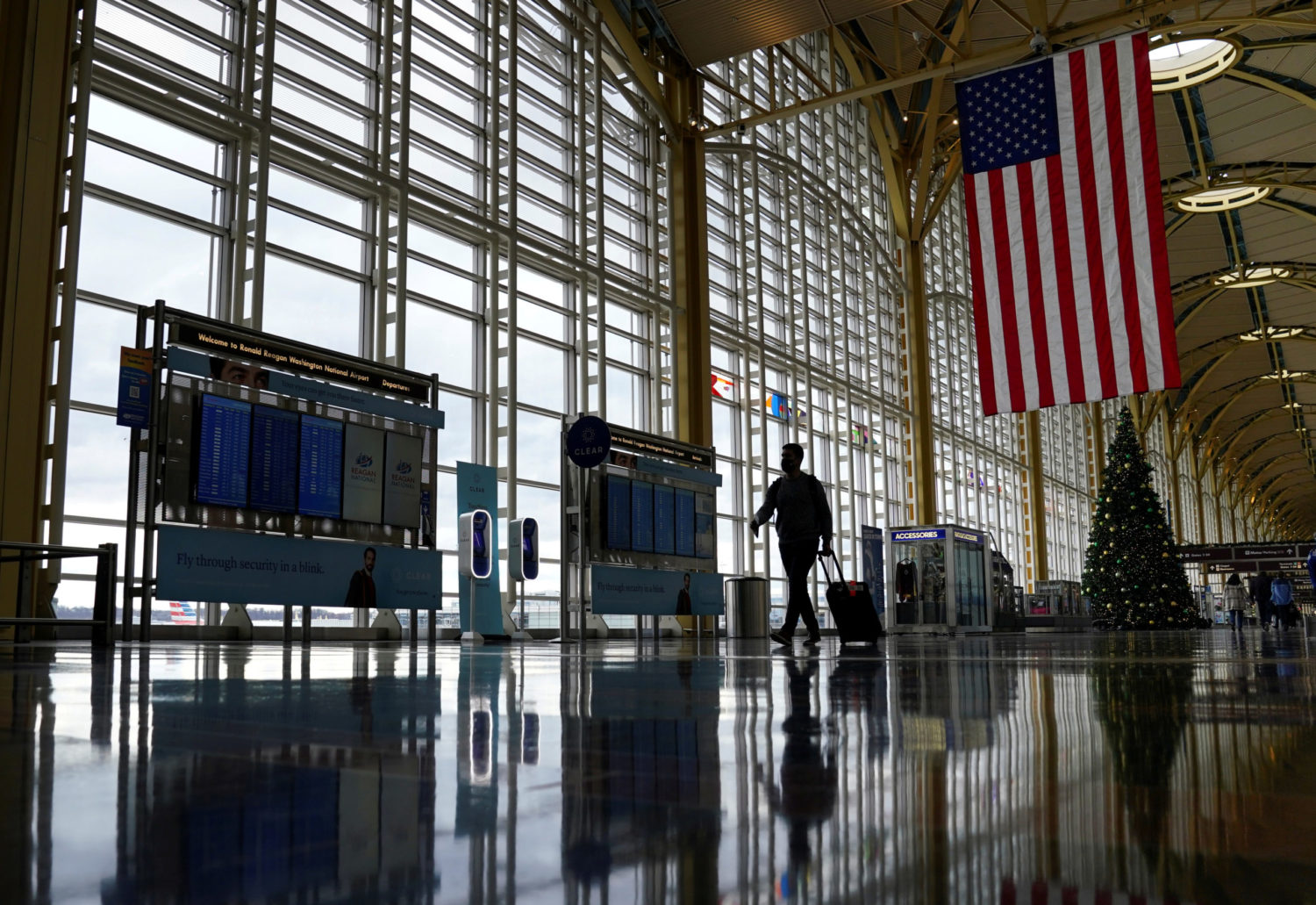 By David Shepardson and Steve Holland

WASHINGTON (Reuters) – The White House said on Friday it was not currently planning to require people to take COVID-19 tests before domestic airline flights after the prospects of new rules raised serious concerns among U.S. airlines, unions and some lawmakers.

White House spokeswoman Jen Psaki said at a briefing on Friday that “reports that there is an intention to put in place new requirements, such as testing, are not accurate.”

The CDC on Jan. 26 began requiring negative COVID-19 tests or evidence of recovery from the disease from nearly all U.S.-bound international passengers aged 2 and older.

Any CDC order would first need to be drafted and then reviewed by other federal agencies in the Biden administration, including the White House.

The White House and officials told Reuters this week that no formal order had been circulated and that officials were not expected to endorse requiring negative COVID-19 tests before domestic flights, but added that decision could change at a later date.

“We had a very positive, constructive conversation focused on our shared commitment to science-based policies as we work together to end the pandemic, restore air travel and lead our nation toward recovery,” Nick Calio, chief executive of the Airlines for America industry group, said in a statement after the meeting on Friday.

The White House has a separate interagency meeting scheduled for later Friday to discuss coronavirus issues.

The meeting of airline CEOs, Zients and other administration officials involved in COVID-19 issues came after the industry strongly objected to the possibility of requiring COVID-19 testing before domestic flights.

Southwest Airlines warned such a requirement could put jobs at risk and a major aviation union said it could lead to airline bankruptcies.

One idea that has been under serious consideration is for the CDC to issue recommendations advising against travel to specific areas of the United States with high COVID-19 caseloads, although those travel recommendations would not be binding, officials said.

The CDC currently has a broad recommendation discouraging all non-essential air travel.

“To be clear, there have been no decisions made around additional public health measures for domestic travel safety. The administration is continuing to discuss recommendations across the travel space, but no specific decisions are under consideration,” a White House spokesman told Reuters.

Reports that the administration was considering imposing restrictions on travel to Florida brought denunciations from many Republican lawmakers.

The meeting with coronavirus response coordinator Jeff Zients and other administration officials involved in COVID-19 issues comes as airlines, aviation unions and other industry groups have strongly objected to the possibility of requiring COVID-19 testing before boarding domestic flights.

Southwest Airlines Co Chief Executive Gary Kelly and the leaders of the airline’s unions urged President Joe Biden in a letter not to mandate COVID-19 testing, saying it would put “jobs at risk.”

“Such a mandate would be counterproductive, costly, and have serious unintended consequences,” said the letter, which was dated Tuesday and released on Wednesday.

The Centers for Disease Control and Prevention (CDC) last month said the Biden administration was “actively looking” at expanding mandatory COVID-19 testing to U.S. domestic flights. The CDC on Jan. 26 began requiring negative COVID-19 tests or evidence of recovery from the disease from nearly all U.S.-bound international passengers age 2 and older.

One idea that has been under review within the Biden administration is for the CDC to issue recommendations advising against travel to areas of the United States with high COVID-19 caseloads, but no decisions have been made and recommendations would not be binding, officials said.

CDC officials have repeatedly urged Americans not to travel unless necessary. 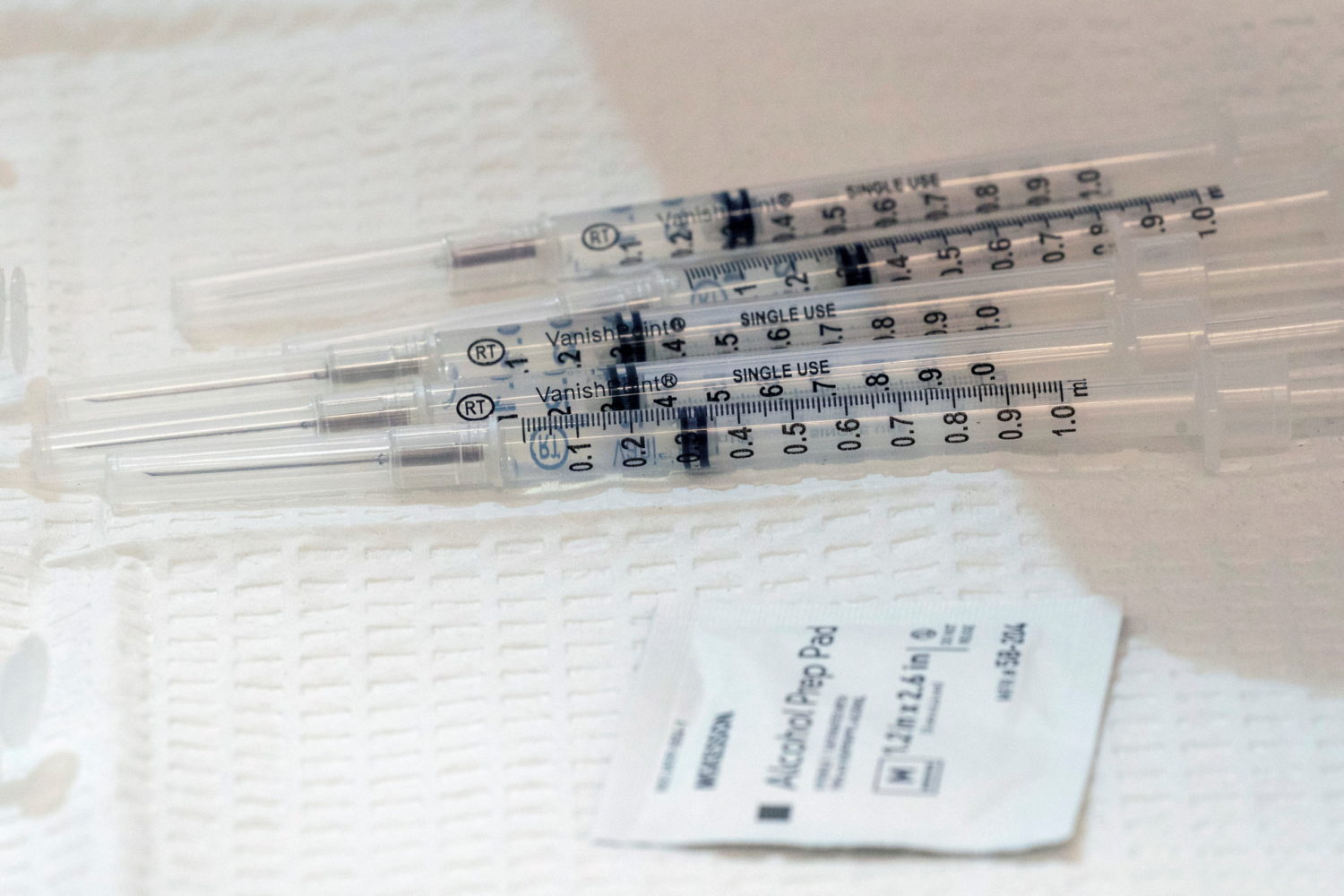 WASHINGTON (Reuters) – The White House will launch a new program shipping coronavirus vaccines directly to retail pharmacies starting next week in an effort to increase Americans’ access to shots, a top aide said on Tuesday.

President Joe Biden’s COVID-19 response coordinator, Jeff Zients, said the program will launch on Feb 11 and make 1 million doses available to 6,500 stores. As supply grows, the program could expand to as many as 40,000 stores, he said.

Biden said last month that the COVID-19 vaccine rollout has been a “dismal failure” so far and vowed to boost the speed at which shots are given to Americans, with a focus on ensuring equitable access regardless of geography, race, or ethnicity.

The federal government will distribute a million vaccine doses to the 6,500 stores next week, Zients said, adding that the amount will grow over time.

That is in addition to 10.5 million doses that the federal government plans to ship weekly to states and territories for the next three weeks, he added.

“This will provide more sites for people to get vaccinated in their communities,” Zients said, adding that supply constraints will limit the program in its early days.

The initial pharmacy locations were selected to improve access to vaccines in hard to reach areas and among socially vulnerable communities, Zients said.

CVS Health Corp said in a news release that its pharmacies will be participating in the program.

Zients also said the Federal Emergency Management Agency (FEMA) will reimburse states for some COVID-related costs they had taken on since the pandemic began last January, such as for personal protective equipment and deployment of the national guard.

He said Congress does not need to approve funds for FEMA to do this and that the total payments to states will be between $3 billion and $5 billion.

Zients added that the federal government has acquired supplies of equipment healthcare providers need to get six doses from each vial of Pfizer Inc’s COVID-19 vaccine rather than five.

The Biden administration has said it is willing to use emergency wartime powers if necessary to secure the specialized low dead space syringes and other supplies needed to eliminate vaccine waste and improve administration efficiency.

The major winter storm that hit the east coast of the United States this week has not disrupted vaccine deliveries but has forced some vaccine administration sites to shut down or reduce operating hours, Zients said.