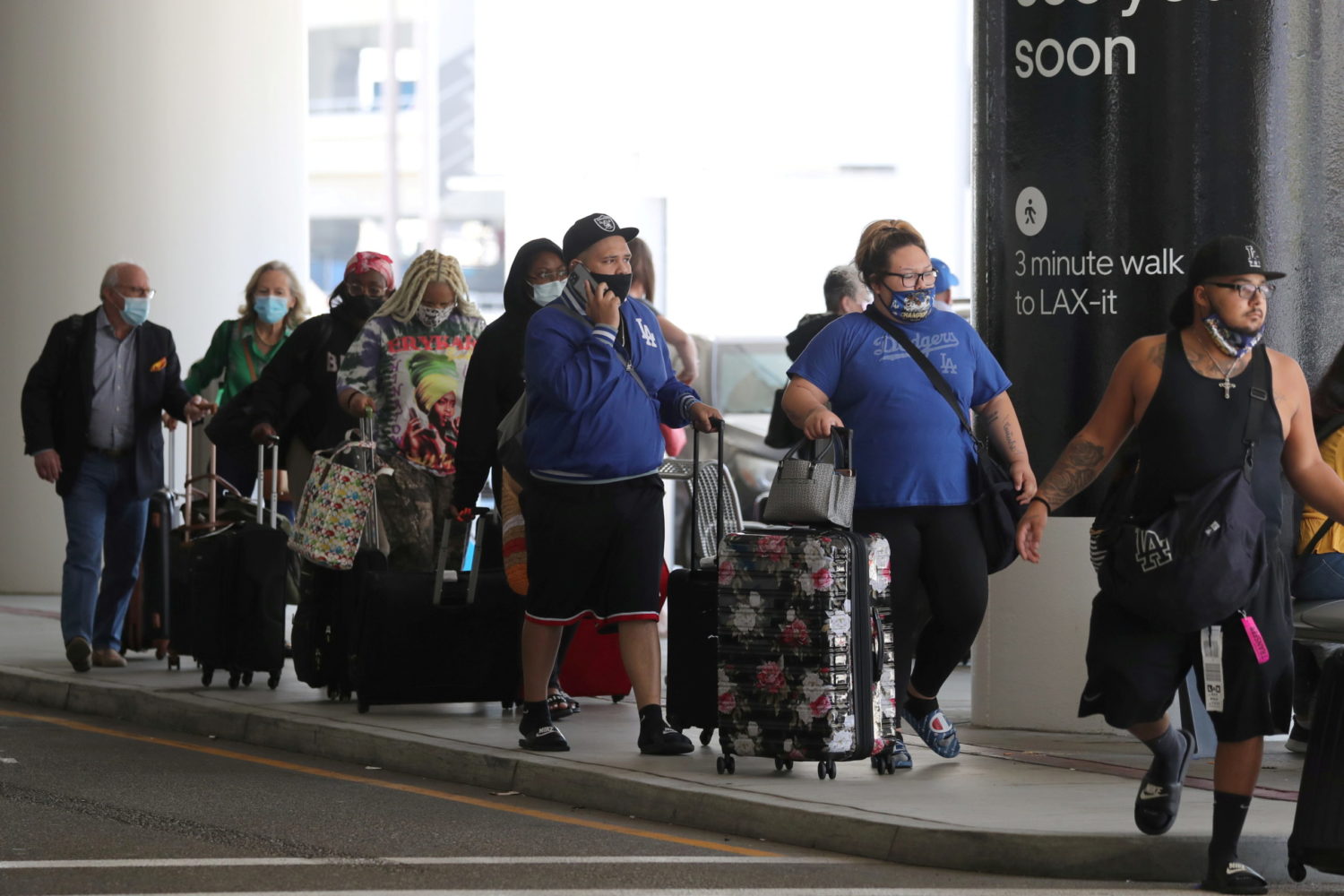 WASHINGTON (Reuters) -The U.S. Federal Aviation Administration on Thursday proposed $531,545 in civil penalties against 34 airline passengers over unruly behavior – with some facing $9,000 fines for defying mask requirements – pushing its total for the year past $1 million.

The United States has seen a significant jump in reported cases of passengers causing disturbances on airplanes, including ignoring a federal mandate to wear face masks during the COVID-19 pandemic. Numerous videos of confrontations have drawn attention on social media.

The FAA, which regulates U.S. civil aviation, since Jan. 1 has received 3,889 reports of unruly passengers, including 2,867 reports of people refusing to comply with the mask mandate. In total, the agency has proposed more than $1 million in fines this year for unruly passengers.

The agency has initiated three times as many such enforcement cases in the first seven months of 2021 compared to all of 2020. The FAA said some passengers were hit with $9,000 fines for not wearing masks, while other maskless people faced higher penalties for engaging in additional onboard bad behavior.

The Transportation Security Administration on Tuesday said it would extend existing mask requirements for airports, airplanes, trains and transit hubs through Jan. 18.

American Airlines confirmed on Thursday it would extend a ban on main cabin alcohol sales through Jan. 18.

Airlines for America, a trade group representing major U.S. carriers, said it appreciates “the FAA’s continued support and enforcement of the ‘zero tolerance’ policy for travelers who do not follow crewmember instructions and who do not abide by federal law.”

* $45,000 against a JetBlue passenger flying from New York to Florida in May for throwing objects “including his carry-on luggage at other passengers; refusing to stay seated; lying on the floor in the aisle, refusing to get up, and then grabbing a flight attendant by the ankles and putting his head up her skirt.” The passenger was placed in handcuffs and the flight made an emergency landing in Virginia.

* $42,000 against a JetBlue passenger on a May flight from New York to San Francisco for failing to comply with the face mask mandate and other misbehavior including “making stabbing gestures towards certain passengers; and snorting what appeared to be cocaine from a plastic bag, which the cabin crew confiscated.” The flight diverted to Minneapolis, where police removed the passenger.

* $30,000 against a Frontier Airlines passenger on a January flight from Atlanta to New York who during deplaning “attempted to gain entry to the flight deck by physically assaulting two flight attendants, threatening to kill one of them, and demanding them to open the door.”

(Reporting by David Shepardson; Editing by Gerry Doyle and Will Dunham) 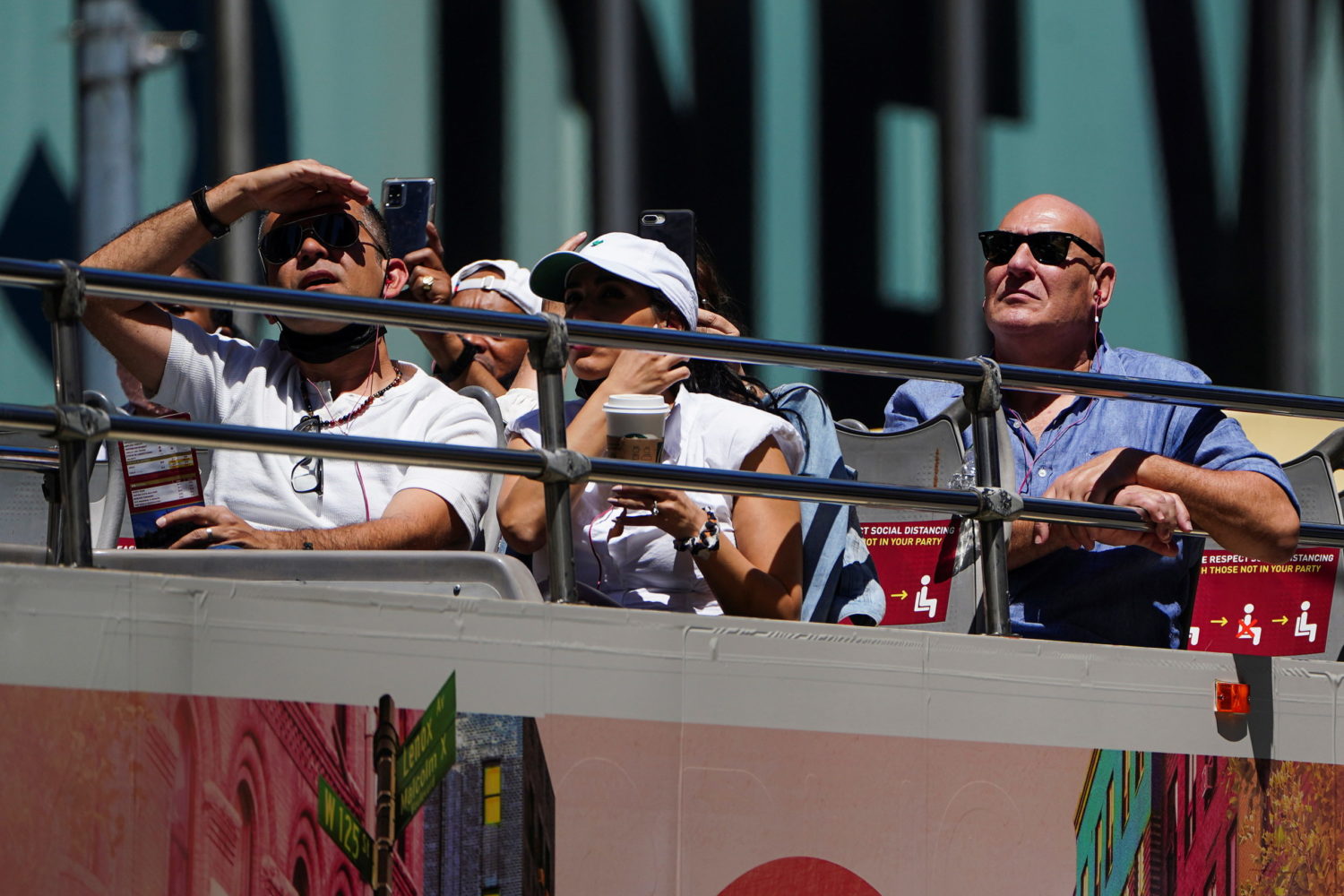 By Jonathan Allen and Barbara Goldberg

In California, Governor Gavin Newsom said his state would keep its mask order in place for another month, despite the CDC’s new recommendations.

Cuomo and Newsom, both Democrats, have drawn criticism for their handling of the coronavirus pandemic. Newsom faces a Republican-led recall election.

New Jersey Governor Phil Murphy, also a Democrat, said he would lift mask restrictions outdoors but keep in place a mandate to wear them indoors. Murphy said schools would be required to provide full-time, in-person classroom instruction again in the fall.

On Saturday, the CDC said students in schools across the United States wear masks for the 2020-2021 academic year because not all will be inoculated.

New York will still order public transportation riders to wear face coverings and mandate them in schools and some other communal settings, Cuomo said, adding: “Unvaccinated people should continue to wear a mask.”

Cuomo said New York health officials decided to lift the mask order after reviewing the CDC’s new guidance. Some 52 percent of New York adults have been fully inoculated and 61.8 percent had received at least one shot as of Monday.

Cuomo, speaking to reporters at Radio City Music Hall, said it would be up to each business or venue how they should determine vaccination status

“I’m sure when people are coming into Radio City Music Hall, they are going to ask, ‘I’m sitting next to someone. I don’t know who they are. Are you sure they were vaccinated?'” he said. “That’s why it’s on the operator’s best interest to say ‘Yes! They had a card and they were checked when they walked in the door.'”

The three-term governor said he expected that some New Yorkers might keep wearing masks as a precaution after this week’s rule change.

Cuomo, 63, has resisted calls to resign in the face of probes by the state attorney general and legislature over accusations of sexual harassment, his office’s reporting of nursing home deaths and his use of staff members and resources in the writing of a book on his handling of the pandemic.