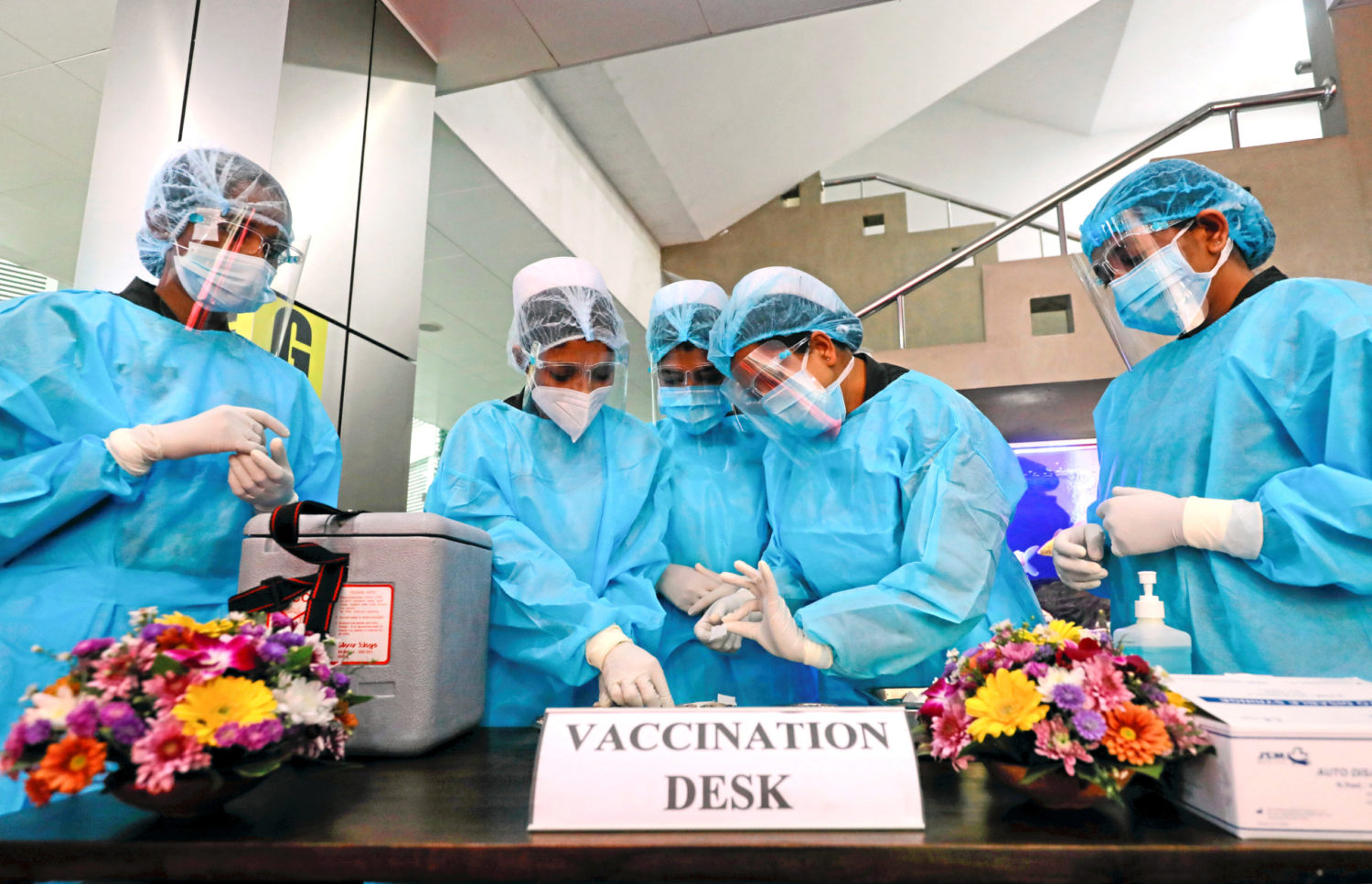 NEW DELHI (Reuters) – Britain’s drug regulator is auditing manufacturing processes at Serum Institute of India (SII) which could pave the way for AstraZeneca’s COVID-19 vaccine to be shipped from there to the UK and other countries, according to two sources close to the matter.

SII, the world’s largest vaccine manufacturer, is currently mass producing the AstraZeneca vaccine, developed in conjunction with Oxford University, for dozens of poor and middle-income countries but not the UK, which has been getting its supply of the shot primarily from domestic facilities.

If the UK’s Medicines and Healthcare products Regulatory Agency (MHRA) gives SII’s manufacturing process for the Oxford/AstraZeneca shot a greenlight it would allow the drug to be exported to the UK and to other countries which recognize MHRA’s clearances, one of the sources said.

Reuters could not determine what was the rationale for the audit. SII did not respond to a request for comment on it. The MHRA confirmed that an inspection was happening but declined further comment.

“Due to commercial confidentiality we do not comment on inspections that are still ongoing,” the regulator’s chief executive Dr. June Raine said in a statement to Reuters.

The two sources, who asked not to be named as the matter is private, said the audit should be relatively routine for SII, as its site already supplies other vaccines to the UK.

The inspection comes as countries around the world scramble to secure vaccine supplies amid supply disruptions and delivery cuts from leading drugmakers such as Pfizer Inc, Moderna and AstraZeneca.

It was not immediately clear whether an MHRA approval would allow the UK or AstraZeneca to route SII volumes of COVISHIELD – the brand name under which SII markets the AstraZeneca shot – to the EU, which has been pressuring the UK for supply from AstraZeneca’s facilities in the UK, amid shortages in Europe.

AstraZeneca executives told EU officials last week that to accelerate supplies to the bloc, it could provide it with some doses manufactured outside Europe, two EU sources told Reuters. One said the SII could be a supplier.

AstraZeneca, which has previously tapped SII to help fulfill some of its vaccine orders from Brazil, South Africa and Saudi Arabia, did not respond to a request for comment on whether it needs SII to help meet commitments in the UK, or in any other nations that would recognize an MHRA certification.

It was not immediately available to comment on the reported offer to supply the EU with shots from the SII.

The EU’s drug regulator, the European Medicines Agency (EMA), audits sites from which it plans to source medicines but during the global pandemic, with multiple COVID-19 vaccines being developed, it is also partly leaning on inspections carried out by some other international regulators.

“Inspection outcomes for Covid-19 vaccines conducted by the MHRA will be considered by EMA,” said the regulator. Any such approved sites would also need an EMA sign off before they can export to the EU, the regulator told Reuters.

MHRA declined to comment on specifics, but Raine said it was collaborating “with international partners in response to the global pandemic and on matters of mutual interest.”

The UK has expressed an interest in purchasing vaccines from SII, according to the second source, along with a government official in New Delhi. The two sources said the volumes or timelines for any such purchases were unclear.

A UK government spokeswoman said: “Any discussions that have taken place between the UK Government and India on vaccines are not related to securing extra vaccine supply to the UK.”

The UK has so far ordered 100 million doses of AstraZeneca’s vaccine.

“Most countries have approached us and India’s government,” SII told Reuters, but it did not comment on any UK outreach. “We are trying our best to meet demand, and supply the vaccine to as many countries as possible, keeping India as the priority.”

SII’s chief executive, Adar Poonawalla, told Reuters in late January, his family-owned firm was keen to support AstraZeneca’s supply needs but its primary focus was on India and other poorer nations in Asia and Africa. He said at the time SII had no plans to divert supplies to Europe. 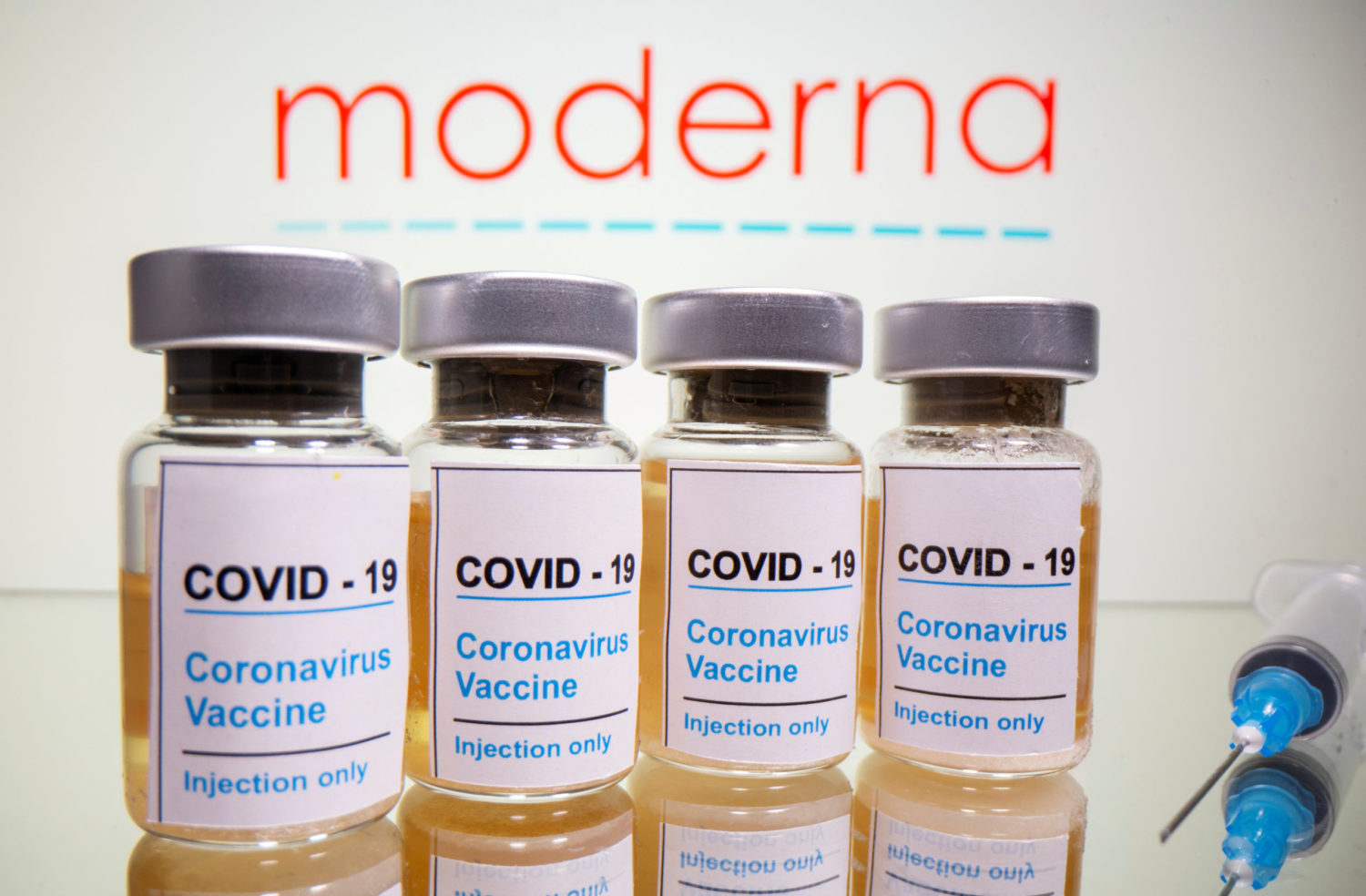 (Reuters) – Moderna Inc confirmed on Tuesday it had agreed to supply its COVID-19 vaccine candidate, mRNA-1273, to the United Kingdom starting from the beginning of March, as long as it succeeds in gaining local regulatory approval.

The company’s statement did not disclose other terms of the agreement, including the number of doses it agreed to supply.

UK Health Minister Matt Hancock told a news conference on Monday that the deal would see the U.S. startup, one of two vaccine makers who have so far published positive data on final-stage trials, supply five million doses from next spring.

Moderna on Monday said mRNA-1273 was 94.5% effective in preventing COVID-19 based on interim data from its late-stage clinical trial.

Britain’s Medicines and Healthcare products Regulatory Agency (MHRA) in October started a real-time review of the vaccine candidate, a process which allows for a faster approval of a treatment.

It has tied up with manufacturing partners Lonza of Switzerland and ROVI of Spain, for manufacturing and fill-finish outside of the United States, to supply the vaccine to Europe and other countries outside U.S.