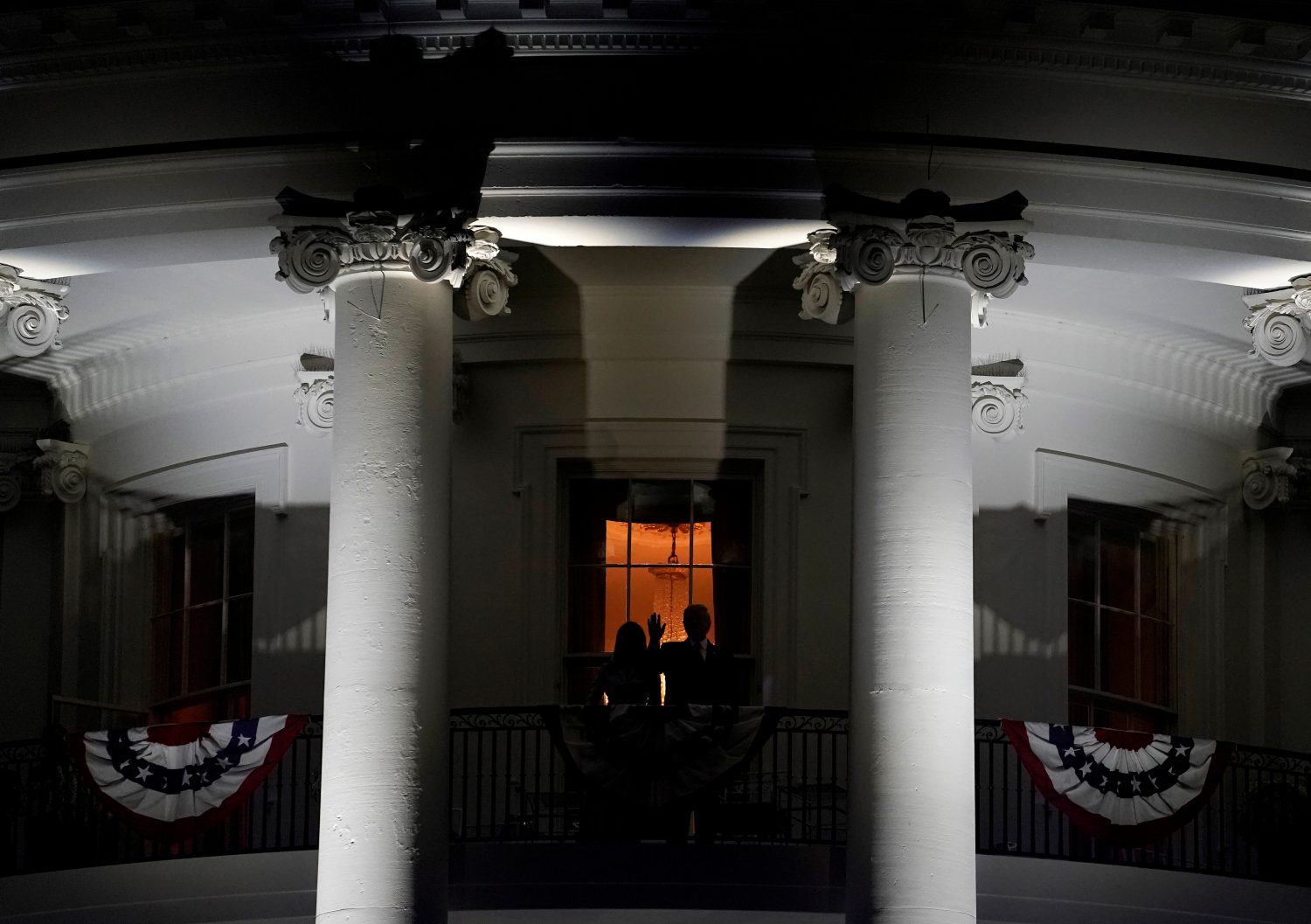 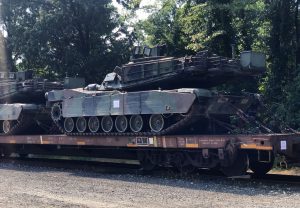 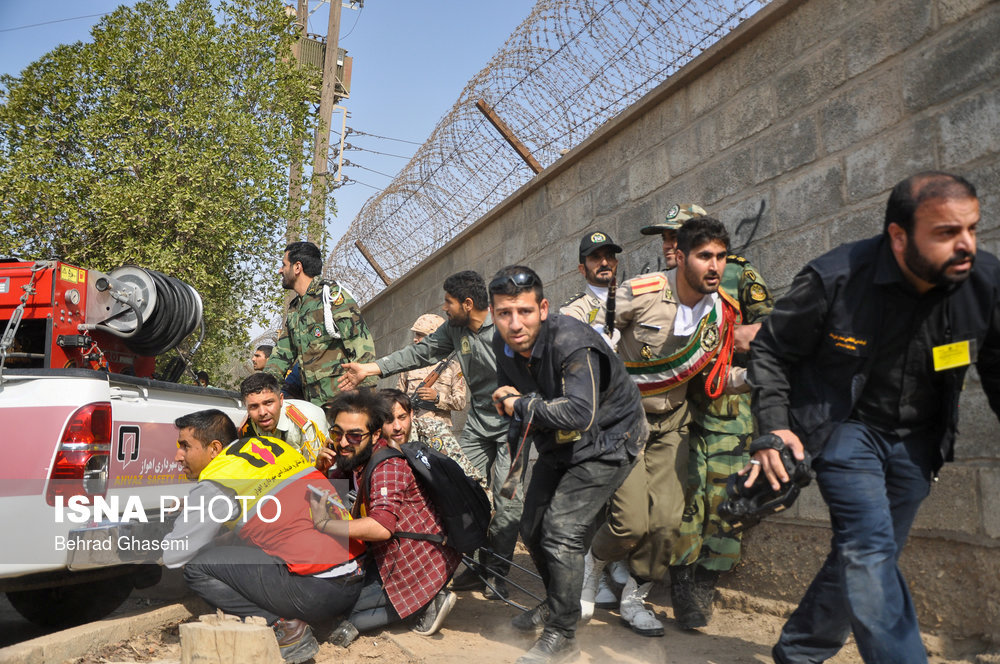 LONDON (Reuters) – Iranian supreme leader Ayatollah Ali Khamenei said on Monday that the attackers who killed 25 people at a military parade were paid by Saudi Arabia and the United Arab Emirates, and that Iran would “severely punish” those behind the bloodshed.

The deputy head of Iran’s Revolutionary Guards also accused the United States and Israeli of involvement in the attack and he said they should expect a devastating response from Tehran.

In the southwestern Iranian city of Ahvaz, thousands packed the streets to mourn the victims of Saturday’s assault, many chanting “Death to Israel and America”. Twelve members of the elite Islamic Revolutionary Guard Corps were among the 25 dead.

The coffins, wrapped in the flag of the Islamic Republic, were carried by the mourners. Many held pictures of a four-year old boy killed in the incident, one of the worst such attacks against Iran’s the most powerful military force.

Four assailants fired on a viewing stand in Ahvaz where Iranian officials had gathered to watch an annual parade marking the start of Iran’s 1980-88 war with Iraq.

“Based on reports, this cowardly act was done by people who the Americans come to help when they are trapped in Syria and Iraq, and are paid by Saudi Arabia and the UAE,” Khamenei said on his official website.

Guards Brigadier General Hossein Salami, in a speech broadcast on state TV, said: “You have seen our revenge before. You will see that our response will be crushing and devastating and you will regret what you have done,”

Tasnim new agency also quoted Salami as saying that the “horrific crime” exposed the dark side of an alliance that the United States, Saudi Arabia and Israel had created to counter Iranian influence in the region.

The secretary of Iran’s National Security Council said Tehran needed to talk to its neighbors to avoid tensions.

“It’s essential to be fully aware and increase our constructive dialogues to neutralize the plots of enemies who want to create suspicion and disagreement among regional countries,” Ali Shamkhani said.

He also criticized the United States, saying U.S. sanctions against Iran were illegal and that President Donald Trump was using them as a tool for “personal revenge”.

The United Arab Emirates, a close ally of Saudi Arabia and Washington, rejected Iran’s allegations alluding to its involvement in the violence.

U.S. Secretary of State Mike Pompeo, asked by a Fox News interviewer if the United States played any role in the attack, said: “When you have a security incident at home, blaming others is an enormous mistake.”

The loss of innocent lives was tragic, Pompeo added. There has been no reaction yet from Saudi Arabia or Israel.

Accusations against Gulf countries will almost certainly antagonize Iran’s regional foe Saudi Arabia. The oil super-powers are waging a war for influence across the Middle East, backing opposite sides in Syria, Yemen, Iraq and Lebanon.

It is, however, highly unlikely the Guards will strike any of its foes directly and risk sparking a regional conflict.

Analyst said the violence has led to a boost in domestic support for the Guards which they could use to silence their critics, who include pragmatic President Hassan Rouhani.

Rouhani engineered Iran’s 2015 nuclear deal with world powers that ushered in a cautious detente with Washington before tensions flared anew with Trump’s decision in May to pull out of the accord and reimpose sanctions on Tehran.

Iran’s Intelligence Minister, Mahmoud Alavi, said a network of suspects had already been arrested in connection with the attack, the judiciary’s news agency Mizan reported. He did not elaborate..

The Guard Corps was set up after the 1979 Islamic revolution to protect the Shi’ite clerical ruling system and revolutionary values. It answers to Ayatollah Khamenei and has an estimated 125,000-strong military with army, navy and air units. 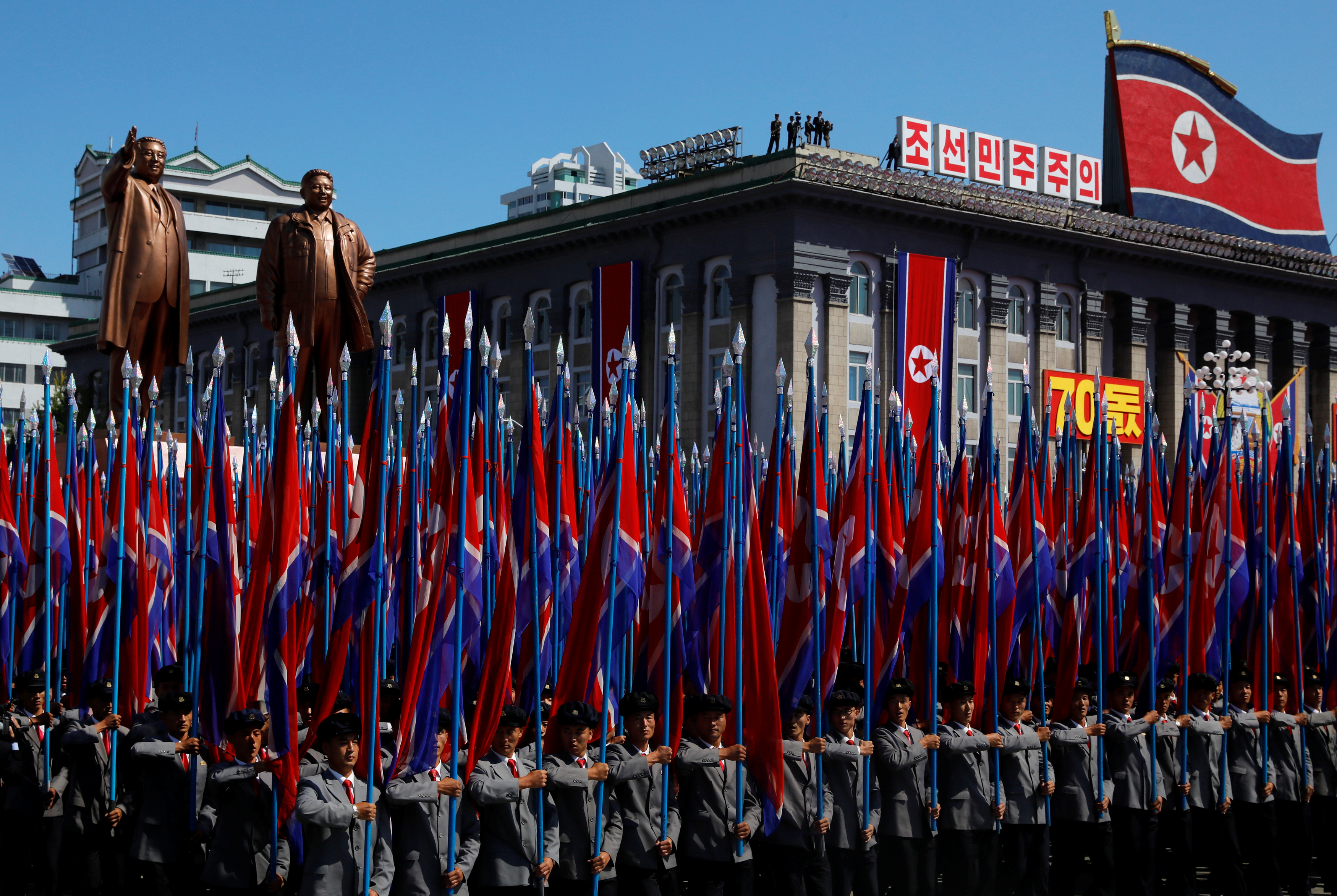 PYONGYANG (Reuters) – With no long-range missiles on display, North Korea staged a military parade on Sunday focused on conventional arms, peace and economic development as it marked the 70th anniversary of the country’s founding.

The reduced display compared to past years earned a thank you note from U.S. President Donald Trump, who hailed it as a “big and very positive statement from North Korea.”

Trump on Twitter quoted a Fox News description of the event without long-range nuclear missiles as a sign of North Korea’s “commitment to denuclearize.”

“Thank you To Chairman Kim. We will both prove everyone wrong! There is nothing like good dialogue from two people that like each other! Much better than before I took office,” Trump tweeted.

In Pyongyang, line upon line of goose-stepping soldiers and columns of tanks shook the ground before giving way to chanting crowds waving flags and flowers as they passed a review stand where North Korean leader Kim Jong Un sat with a special envoy from China, as well as other visiting foreigners.

Kim told the envoy, Chinese parliament chief Li Zhanshu, that North Korea was focusing on economic development and hopes to learn from China’s experience in this regard, Chinese state television reported. 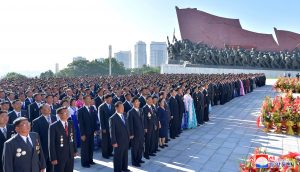 “North Korea upholds the consensus of the Singapore meeting between the leaders of North Korea and the United States and has taken steps for it and hopes the United States takes corresponding steps, to jointly promote the political resolution process for the peninsula issue,” the report paraphrased Kim as saying.

The parade highlight themes of military accomplishment, national development, and international engagement at a time when doubts are arising over Kim’s commitment to abandoning nuclear weapons.

Unlike in previous years, there were no inter-continental missiles on display. And there were no nuclear tests to mark the holiday, as has happened in each of the last two years.

But that has lessened this year, underlining Kim’s stated aim for denuclearizing the Korean peninsula and his recent meetings with South Korean President Moon Jae-in and summits with Trump in Singapore and Chinese President Xi Jinping in Beijing and Dalian.

The theme for the celebrations this year was economic development and unifying the Korean peninsula, divided since World War Two.

A huge float was decorated with a modern train, solar panels, wind power plants and dams, under a slogan of “All our might to build economy!”, as North Korean men in construction work wear marched.

Kim Yong Nam, North Korea’s titular head of state, gave a speech at the parade in which he said the country had achieved status as a military power, and would now pursue efforts to strengthen its economy.

“All Koreans should join forces to accomplish unification in our generation. Unification is the only way Koreans can survive,” said an editorial in North Korea’s party newspaper Rodong Sinmun.

Kim Jong Un and his South Korean counterpart Moon will meet in Pyongyang on Sept. 18-20 for the third time this year and discuss “practical measures” toward denuclearization, officials in Seoul have said.

Despite stalled progress on talks with Washington, the North Korean leader wants to denuclearize the peninsula within Trump’s first term, according to South Korean officials.

Trump said on Friday that Kim has sent a letter to him, which he believes will be positive.

Melissa Hanham, a senior research associate at the James Martin Center for Nonproliferation Studies, said the military component of the parade appeared to be scaled down this year.

“I am very curious to hear what is in the letter to Trump, because this parade could have been more provocative,” Hanham said, adding satellite evidence showed North Korea continued missile-related activities such as testing solid fuel motors.

Kim was seen laughing and holding hands up with China’s Li as he oversaw the festivities at Pyongyang’s main Kim Il Sung square on a clear autumn day. Kim waved to the crowd before leaving but did not make any public remarks.

North Korea has invited a large group of foreign journalists to cover a military parade and other events to mark the 70th anniversary of its founding.

That includes iconic mass games that Pyongyang is organizing for the first time in five years, a huge, nationalist pageant performed by up to 100,000 people in one of the world’s largest stadiums.

Both the Mass Games and the military parade have been criticized by human rights advocates and North Korean defectors for the pressure placed on performers and for painting a distorted picture of the country through stage-managed displays.

But thousands of jovial North Koreans clapped in unison and rallied support for their leader Kim.

A concert on Saturday night attended by Kim Yong Nam and foreign delegations featured little in the way of martial messaging or images, with only a few shadowy American bombers shown briefly in footage of the 1950-1953 Korean War.

(Reporting by Josh Smith; Additional reporting by Pei Li and Ben Blanchard in Beijing and David Lawder in Washington; writing by Ju-min Park; Editing by Raju Gopalakrishnan and Lisa Shumaker) 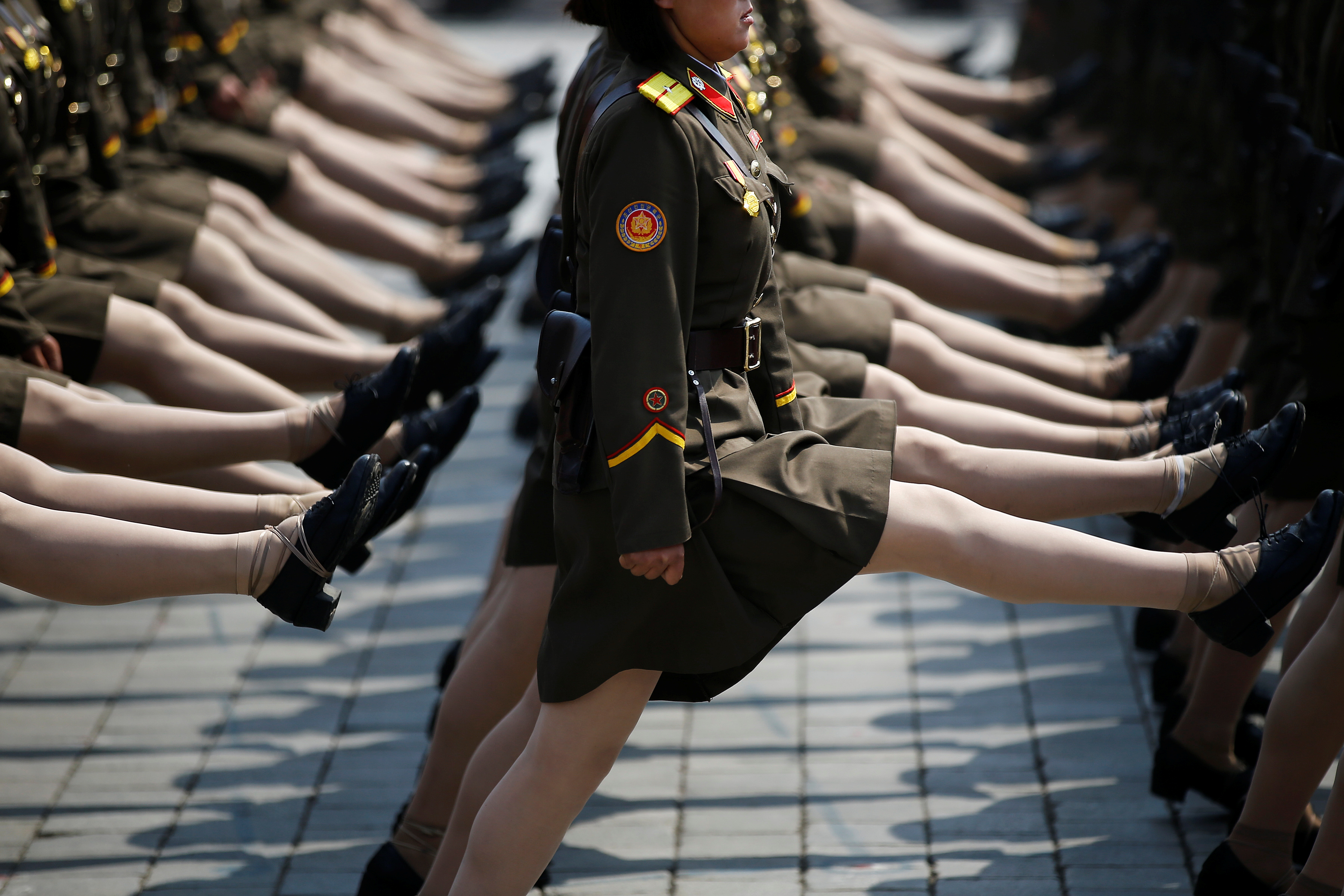