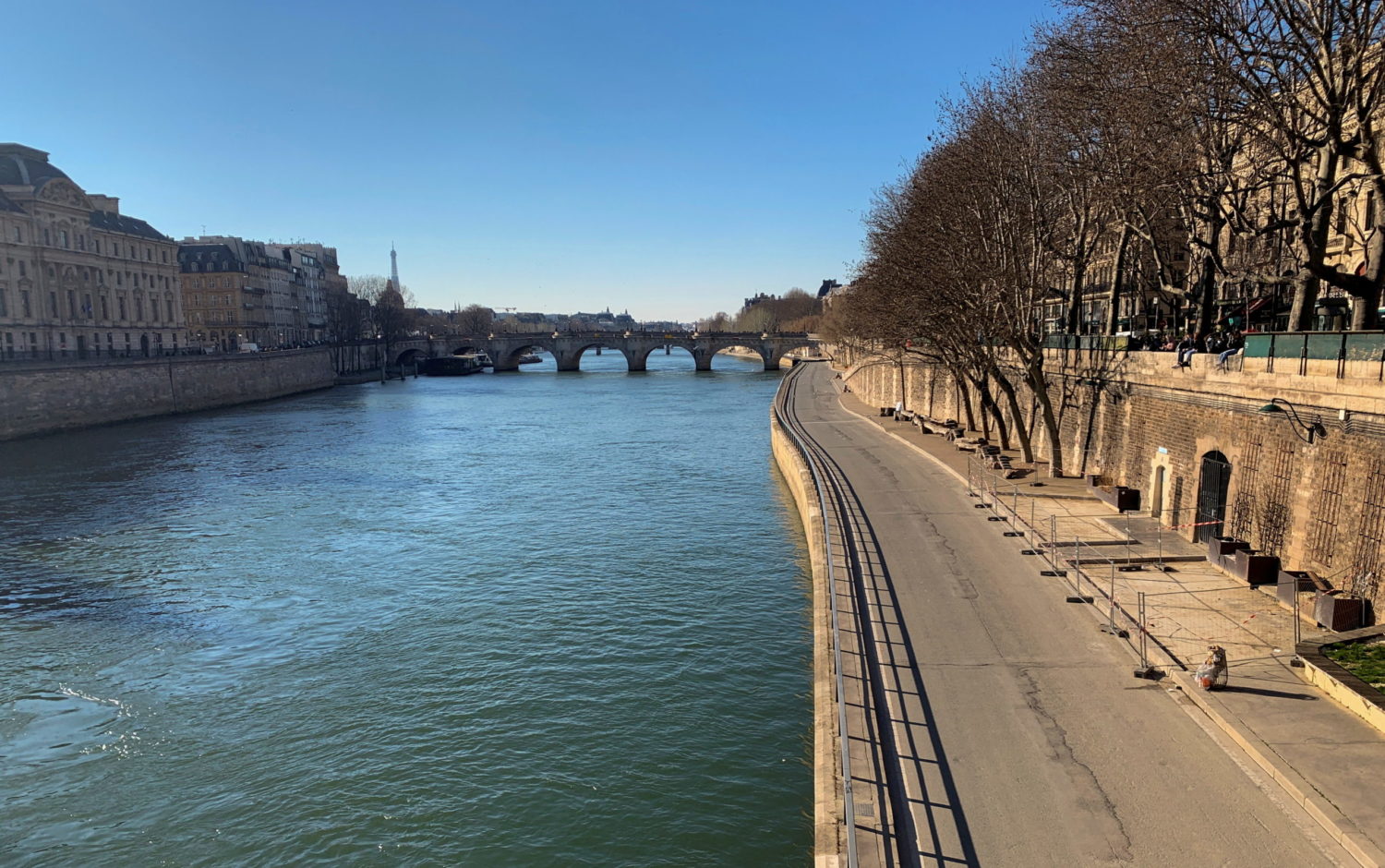 PARIS (Reuters) -France will start relaxing a nightly curfew and allow cafes, bars and restaurants to offer outside service from May 19, as President Emmanuel Macron charts a way out of a third COVID-19 lockdown.

Macron, who is under pressure from business groups and a COVID-weary public to open up the economy again, announced in an interview with the regional papers a four-phase plan for unwinding France’s month-long stay-at-home order.

The easing will come despite the numbers of new daily cases and COVID-19 patients being treated in intensive care being far higher than when the two previous lockdowns were rolled back. Macron said the vaccine rollout made this possible.

“I have never gambled on the health and safety of our citizens,” Macron said. “I take responsibility for the choices I make, but these are never bets.”

Museums, cinemas and theatres will also be allowed to reopen on May 19. Foreign tourists with a “health pass” will be allowed to visit France again from June 9, according to the timetable published by Ouest France and other newspapers.

The timetable is provisional and could be delayed on a region-by-region basis in areas where intensive care units are close to saturation or the COVID-19 incidence rate exceeds 400 cases per 100,000 inhabitants.

“We will be able to pull an emergency brake in territories where the virus is too present,” Macron said.

The incidence rate in Paris and its surrounds was an average 459 per 100,000 people in the seven days up to April 25 and is falling, data showed. Ile de France is home to nearly a fifth of France’s population and accounts for 30% of economic activity.

About 22% of all French citizens have received at least one dose of a COVID-19 vaccine, according to a Reuters tracker.

Accelerating the rollout in France, Europe and in developing countries is paramount to push back against the virus, Macron said.

Opening up the vaccine to more people in France, Macron said COVID shots would be made available to all obese adults from May 1.

Macron said France could use a digital or paper-based ‘health pass’ to help curb the spread of the virus at events with large crowds such as sport stadia or festivals. But he said it would not be right to use them at everyday venues like restaurants or cinemas.

“A health pass will never be a right of access that differentiates the French,” the president said. “As it pertains to public liberties, parliament will debate the matter.”

France’s main COVID-19 indicators all showed some signs of improvement on Wednesday, with the seven-day moving average of daily new infections falling to 27,366 compared with 38,000 when the lockdown began. 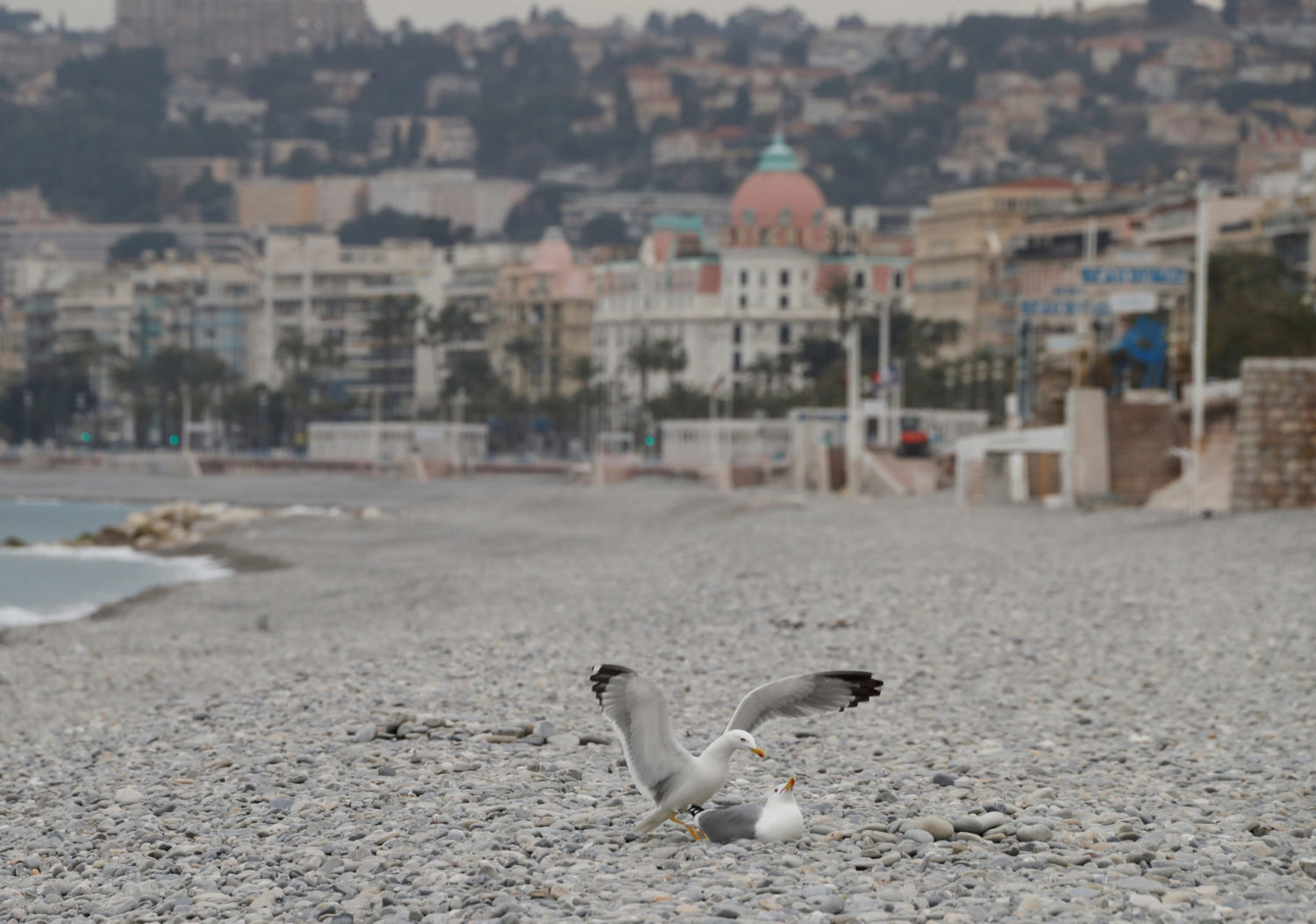 PARIS (Reuters) – The French government will impose tougher restrictions for some regions including Paris from this weekend to counter the accelerating spread of COVID-19 infections, spokesman Gabriel Attal said on Wednesday after a cabinet meeting.

The announcement paves the way for new curbs in the greater Paris region, where intensive care wards are full and the hospital system is buckling with an incident rate of more than 400 cases per 100,000 inhabitants.

Attal said the new measures for Paris could include some form of confinement. Weekend lockdowns have already been imposed on top of a nationwide nightly curfew along parts of the Mediterranean Riviera and some areas of the north.

President Emmanuel Macron had hoped a vaccination drive could stave off a new pandemic wave triggered by more contagious variants, and prevent France from resorting to more measures that risk slowing the economy and cooping up citizens.

That approach is now being tested. The vaccine rollout has been slowed by an onerous European Union procurement process, supply difficulties, public skepticism and most recently the suspension of vaccinations using AstraZeneca shots in more than a dozen EU states including France.

Macron on Wednesday defended the EU COVID-19 vaccine strategy and said that within a few months Europe would be among the regions producing the most doses.

“We are living through the hardest weeks now. We know it,” Macron said after welcoming Poland’s prime minister at the Elysee Palace.

The new restrictions will be announced by the prime minister on Thursday. They will not include school closures, Attal said.

The head of public hospitals in Paris earlier warned that the virus was running amok in the capital and surrounding departments, an area that accounts for about a third of economic activity.

“The virus is not under control,” Martin Hirsch said. 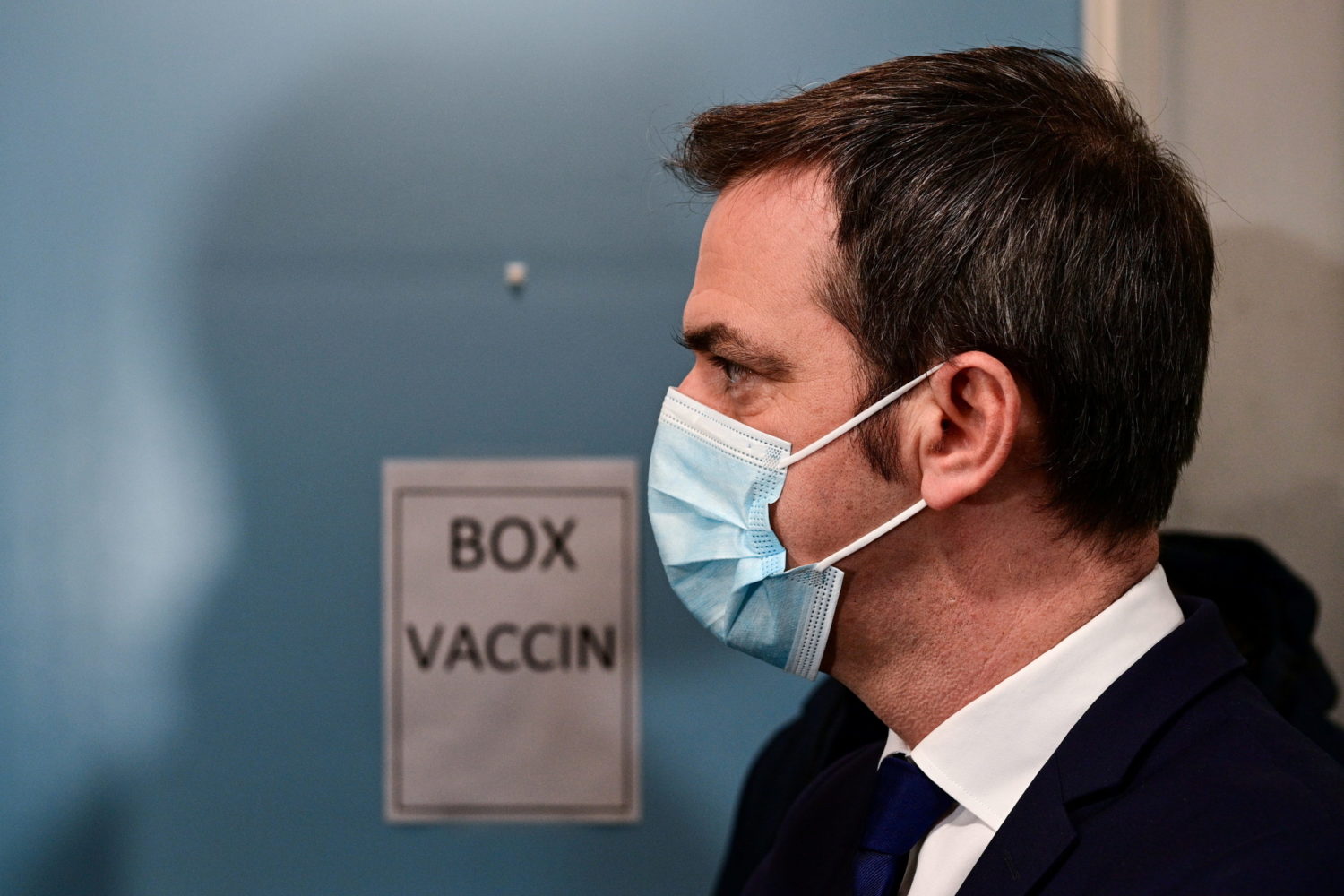 France’s inoculation campaign got off to a slow start, hampered in part by red tape and President Emmanuel Macron’s decision to tread warily in one of the most vaccine-skeptical countries in the world.

But France has fallen behind neighbors such as Britain and Germany, and the president is now demanding the vaccination program be expedited.

Veran told RTL radio that the government was going to “accelerate and simplify our vaccination strategy”.

Some 300 vaccination centers would be operational from next week, the minister said, after initially ruling out such centers.

The original plan had been for the first phase of the vaccine rollout, which began in France on Dec. 27, to focus on nursing home residents and their carers. By the end of the first week, France had delivered just over 500 COVID-19 shots.

Over the weekend, the first hospital staff began receiving the vaccine. The government has now added paramedics and health workers to the first target group.

By the end of January, France will have begun vaccinating people aged 75 and above who are living at home, Veran said.

The head of the union of pharmacies – whose ubiquitous network helps administer millions of flu jabs every year – urged the government to allow it to do the same for COVID-19 shots.

“If we only rely on vaccination centers, we can be sure the level of vaccination by June will be mediocre. That would be a disaster,” Gilles Bonnefond of the USPO pharmacists’ union told, Reuters in an interview. “We can be operational in a week.”

The coronavirus has claimed the lives of 65,415 people in France, the seventh-highest death toll in the world.

France received an initial 500,000 doses of the vaccine developed by Pfizer and Germany’s BioNTech and was due to receive an additional 500,000 per week. It will also get 500,000 doses per month of Moderna’s vaccine once it obtains regulatory approval in Europe and France.

Rules demanding that only a doctor or a nurse under the direct supervision of a doctor inject the vaccine will be eased. Veran said a doctor would be allowed to supervise multiple nurses at any one time in a vaccination center.

Similarly, rules requiring that any person wanting a COVID-19 vaccine must hold a consultation with a doctor first would also be made simpler.

Veran also said about 10 to 15 cases of the new variant of the coronavirus first seen in Britain had been detected in France. Its rapid spread through southern England compelled British Prime Minister Boris Johnson to announce a third nationwide lockdown on Monday.

France remains under nightly curfew. Restaurants, bars, museums and cinemas are still closed. Veran said he hoped France would be able to open its ski resorts for the February holidays, but that such a move would depend on how active the virus was.