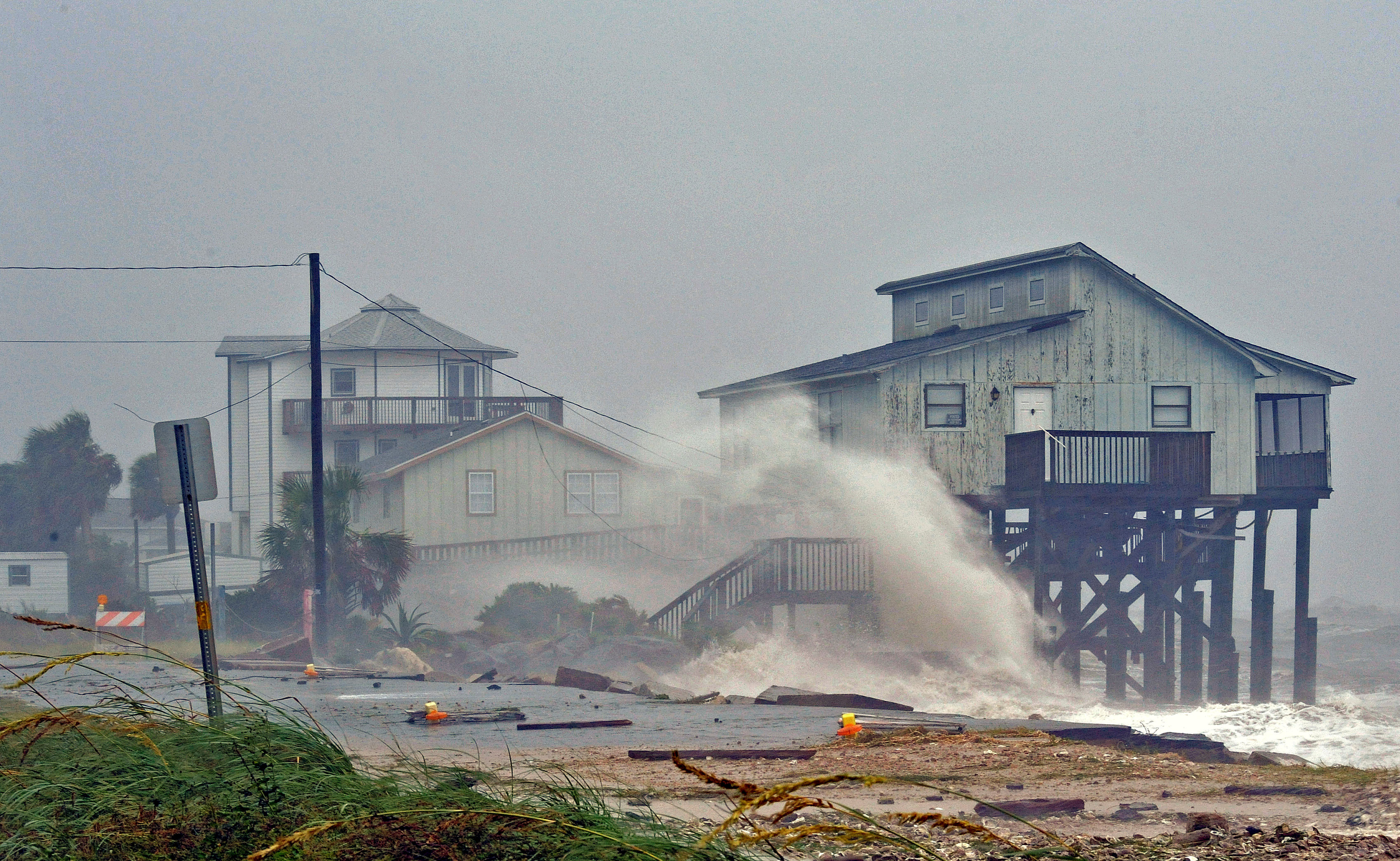 PANAMA CITY, Fla. (Reuters) – Tropical Storm Michael took its drenching rains to Georgia and the Carolinas on Thursday after battering Florida’s Panhandle as the third most powerful hurricane ever to strike the U.S. mainland and killing at least two people.

Michael shattered houses and buildings, downed power lines and ripped up trees when it crashed ashore on Wednesday afternoon, carrying winds of up to 155 miles per hour (250 kilometers per hour) and causing deep seawater flooding. 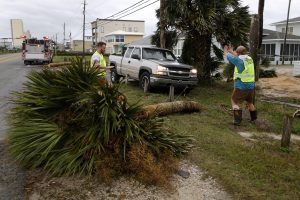 Residents and officials were taking stock of the damage on Thursday.

“I think everything from Panama City down to Mexico Beach is way worse than anybody ever anticipated,” Florida Governor Rick Scott told the Weather Channel. Michael’s eye came ashore near Mexico Beach, about 20 miles (32 km) southeast of Panama City.

“This is going to be a long recovery but Florida is resilient, we help each other, and we survive,” Scott said. “We worked all night in endangered circumstances.”

It was not yet known what had happened to about 280 residents of Mexico Beach who authorities said had ignored evacuation orders as the storm approached the state’s northwest. The area is known for its small beach towns, wildlife reserves and the state capital, Tallahassee.

Michael was a Category 4 storm on the five-step Saffir-Simpson hurricane intensity scale, just shy of a rare Category 5, when it came ashore. It weakened steadily as it traveled inland over the Panhandle.

By 8 a.m. EDT (1200 GMT) Thursday it had been downgraded to a tropical storm with 50-mph (85-kph) winds as it pushed through Georgia into the Carolinas, the National Hurricane Center said.

Parts of North Carolina and Virginia could get as much as 9 inches (23 cm) of rain and life-threatening flash floods, the NHC said. The Carolinas are still recovering from Hurricane Florence last month.

The two people killed in the storm were a man who died when a tree toppled onto his house in Florida and a girl who died when debris fell into a home in Georgia, officials and local media said.

More than 830,000 homes and businesses were without power in Florida, Alabama and Georgia early Thursday. 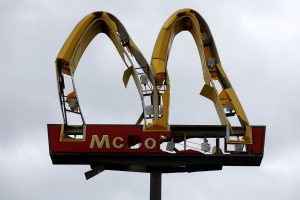 The hurricane, the fiercest to hit Florida in 80 years, pummeled communities across the Panhandle and turned streets into roof-high waterways.

“The wind that came through here was surreal. It destroyed everything,” Jason Gunderson, a member of a group of rescue workers that calls itself the Cajun Navy, told CNN early on Thursday from Callaway, a suburb of Panama City.

Thousands of people hunkered down in shelters overnight after fleeing their homes ahead of the storm.

An estimated 6,000 people evacuated to emergency shelters, mostly in Florida, and that number was expected to swell to 20,000 across five states by week’s end, said Brad Kieserman of the American Red Cross.

“There are so many downed power lines and trees that it’s almost impossible to get through the city,” Apalachicola Mayor Van Johnson said.

Michael had rapidly intensified as it churned north over the Gulf of Mexico in recent days, growing from a tropical storm into a Category 4 hurricane in about 40 hours and catching many by surprise.

With a low barometric pressure recorded at 919 millibars, the measure of a hurricane’s force, it ranked as the third strongest storm on record to make landfall in the continental United States. Only Hurricane Camille on the Mississippi Gulf Coast in 1969 and the so-called Labor Day hurricane of 1935 in the Florida Keys were more intense.

U.S. President Donald Trump declared a state of emergency for all of Florida, freeing federal assistance to supplement state and local disaster responses.

About 3,500 Florida National Guard troops were deployed, along with more than 1,000 search-and-rescue personnel, Governor Scott said.

Even before landfall, the hurricane disrupted energy operations in the Gulf, cutting crude oil production by more than 40 percent and natural gas output by nearly one-third as offshore platforms were evacuated before the storm hit. 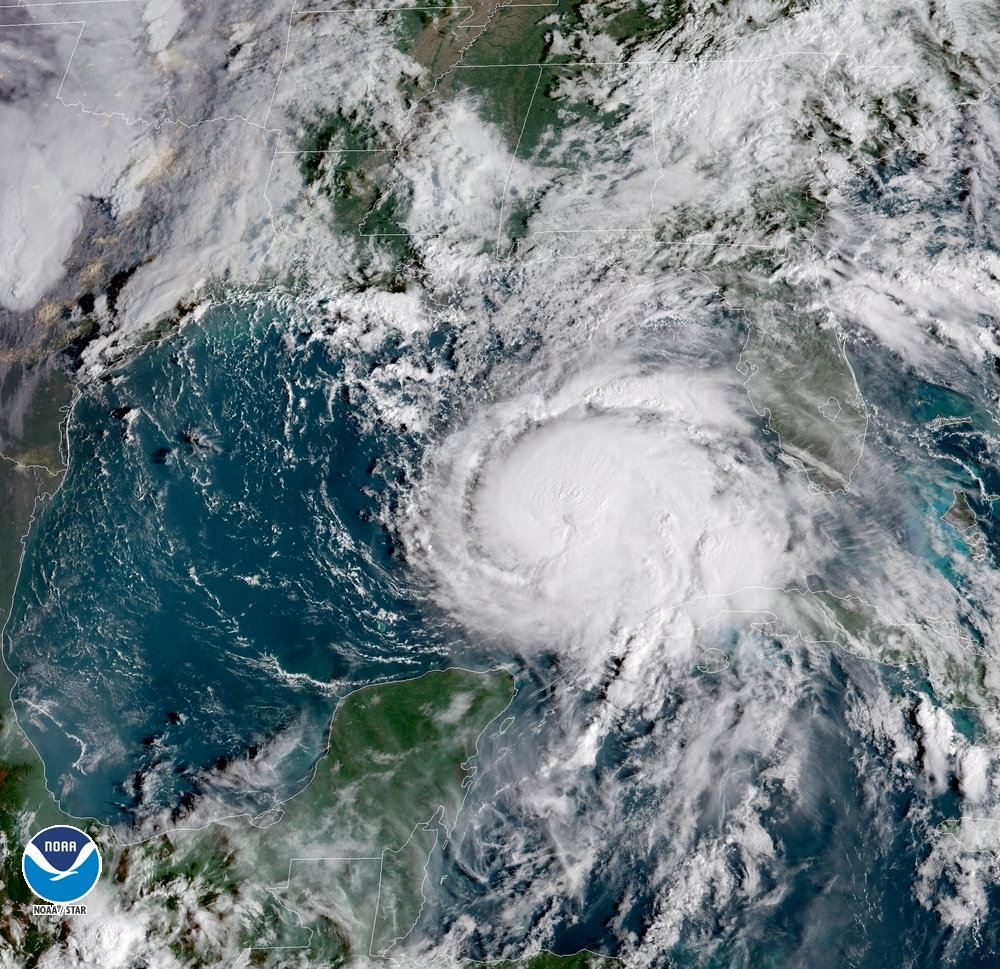 TALLAHASSEE, Fla. (Reuters) – Hurricane Michael was still strengthening as it closed in on the Florida Panhandle on Wednesday with the threat of catastrophic surges of sea water and roof-shredding winds, and was expected to be the worst hurricane ever recorded in the region.

Michael caught many by surprise with its rapid intensification as it churned north over the Gulf of Mexico. Shortly after 11 a.m. ET (1500 GMT) it was carrying top winds of 150 miles per hour (241 km per hour), making it a very dangerous Category 4 storm on five-step Saffir-Simpson scale, the National Hurricane Center said.

Authorities told residents along the affected areas of Florida’s northwest coast that they had run out of time to evacuate and should hunker down.

The storm caused major disruption to oil and gas production in the U.S. Gulf of Mexico.

Michael’s core was forecast to make landfall on Wednesday afternoon on Florida’s Panhandle and could drive sea water levels as high as 14 feet (4.3 meters) above normal in some areas, the hurricane center said. The storm could still strengthen further before coming ashore, it said.

Mayor Bo Patterson said about 2,500 of the town’s 3,500 people were still there, including about 100 in a beachside area who did not follow a mandatory evacuation order. The two bridges leading out of Port St. Joe were closed, meaning no one could get out now.

“People are finally getting it, that this is going to be pretty strong,” Patterson said. “This happened so quickly, we weren’t exactly prepared.”

Michael grew from a tropical storm to Category 4 hurricane in about 40 hours.

“This kind of sprung up for us quite quickly,” said Andrew Gillum, mayor of the state capital, Tallahassee, which lies about 25 miles (40 km) from the coast and was preparing for a battering.

“We honestly felt we might have a tropical system and weren’t sure where it would go and now we’re staring down the barrel of a Category 4 storm,” Gillum told CNN.

“Satellite images of Michael’s evolution on Tuesday night were, in a word, jaw-dropping,” wrote Bob Henson, a meteorologist with weather site Weather Underground.

People in coastal parts of 20 Florida counties had been told to leave their homes. Much of the area is rural and known for small tourist cities, beaches and wildlife reserves, as well as Tallahassee. 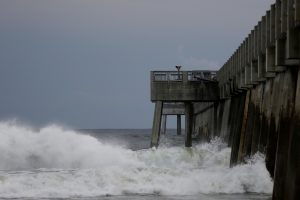 TOO LATE TO LEAVE

Governor Rick Scott said on Twitter on Wednesday morning that it was too late to evacuate the target zone and that people who had stayed should immediately seek refuge.

Hurricane center Director Ken Graham said on Facebook that Michael would be the worst storm in recorded history to hit the Panhandle.

“Going back through records to 1851 we can’t find another Cat 4 in this area, so this is unfortunately a historical and incredibly dangerous and life-threatening situation,” he said.

Nearly 40 percent of daily crude oil production and more than one-third of natural gas output was lost from offshore U.S. Gulf of Mexico wells on Wednesday because of platform evacuations and shut-ins caused by Michael.

The hurricane was about 60 miles (95 km) south-southwest of Panama City, Florida, and moving north-northeast at 14 mph (22 kph), the hurricane center said in its 11 a.m. ET advisory.

Apalachicola Mayor Van Johnson said his city, which could suffer some of the worst of the storm surge, was under mandatory evacuation orders.

“My greatest concern is that some people are just now starting to take this storm seriously and are evacuating,” he told CNN. “And I just hope the others that have not made that decision get out while the roads are still passable and before the bridges close.”

President Donald Trump declared a state of emergency for the entire state of Florida, freeing up federal assistance to supplement state and local disaster responses.

Authorities warned of coming disruptions for those in Michael’s path. About 10,000 customers were already without power around midday.

Many state offices, schools and universities in the area have been closed since Tuesday.

Helen Neal, 88, and her husband, J.W. Neal, 87, preferred to take their chances in a hotel rather than in their two-story beachfront house about a mile away in Panama City.

“We just finished renovating and updating,” she said. “We’re kind of nervous. God willing we’ll still have some place.”

About 2,500 National Guard troops were deployed to assist with evacuations and storm preparations, and more than 4,000 others were on standby. Some 17,000 utility restoration workers were also on call.

NHC Director Graham said Michael represented a “textbook case” of a hurricane system growing stronger as it drew near shore, in contrast to Hurricane Florence, which struck North Carolina last month after weakening in a slow, halting approach.

He said the storm would still have hurricane-force winds as it pushed through Florida into Georgia and tropical storm-force winds when it reaches the Carolinas, which are still reeling from post-Florence flooding. Up to a foot (30 cm) of rainfall was forecast for some areas.

Scott, a Republican running for the U.S. Senate in November’s congressional elections, declared a state of emergency in 35 Florida counties.

The last major hurricane, a storm of Category 3 or above, to hit the Panhandle was Dennis in 2005, according to hurricane center data.