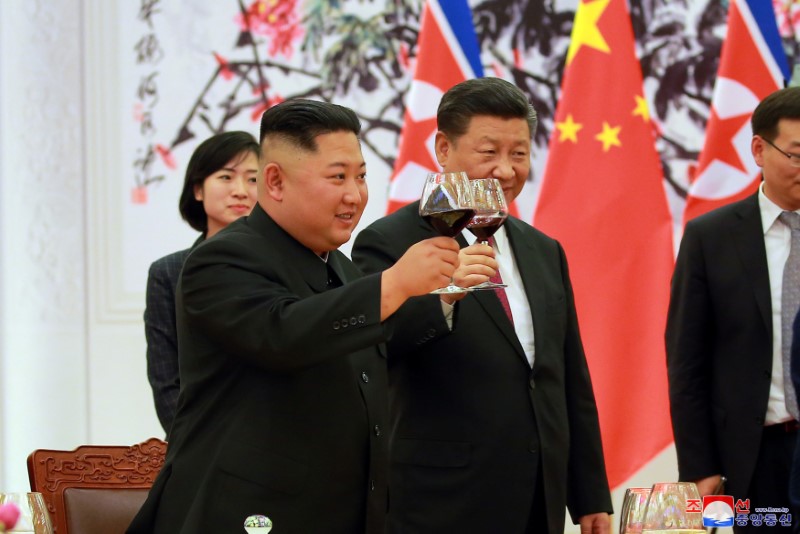 By Christine Kim and Christian Shepherd

SEOUL/BEIJING (Reuters) – North Korea’s Kim Jong Un and Chinese President Xi Jinping came to an understanding on issues discussed at a summit of the two leaders, including denuclearization of the Korean peninsula, the North’s state media said on Wednesday.

The North Korean leader also promised during a meeting with Xi in Beijing to cooperate with Chinese officials to secure “true peace” in the process of “opening a new future” on the Korean peninsula, it said.

“I have faith that, with the joint efforts of China and North Korea, our relationship can definitely benefit both countries and both peoples,” he said, during a meeting at Beijing’s Diaoyutai state guest house.

Kim told Xi that previously China and North Korea had helped each other out like family members. “General Secretary comrade Xi Jinping has shown us touching and familial support and concern,” he said, according to Xinhua.

Kim wrapped up his two-day trip to Beijing on Wednesday with a visit to an agricultural sciences exhibition and the Beijing subway command center, Xinhua added.

The visit follows his Singapore summit, where Kim and Trump reaffirmed a commitment to work toward complete denuclearization of the Korean peninsula.

Trump surprised officials in South Korea and the United States after that meeting by saying he would end “provocative” joint U.S.-South Korean military exercises.

The United States and South Korea said they had agreed to suspend a joint military exercise set for August, although decisions regarding subsequent drills have not yet been made.

On Wednesday, South Korean Foreign Minister Kang Kyung-hwa said the decision to suspend the exercise could be reconsidered, based on future developments with North Korea.

“I think we’ve made it clear this is a goodwill gesture to strengthen dialogue momentum,” Kang said.

“It’s not irreversible. They could come back if the dialogue loses speed, or if North Korea doesn’t live up to its denuclearization commitment,” she said.

Kim is on his third visit to China this year. Xi offered high praise to the North Korean leader on Tuesday for the “positive outcome” of last week’s summit with Trump.

KCNA also reported that Xi said relations between China and North Korea had reached a new level of development since Kim’s first visit in March and that the pacts by the two leaders were being carried out “one-by-one”.

Kim also told Xi he was willing to bolster friendship and cooperation, it said.

It was widely expected that Kim would visit Beijing to brief Xi on his summit with Trump, which included Pyongyang agreeing to hand over the remains of troops missing from the 1950-53 Korean War.

Two U.S. officials told Reuters on Tuesday North Korea could start that process within the next few days.

(Reporting by Christine Kim; Additional reporting by Joori Roh and Joyce Lee in SEOUL and Idrees Ali in WASHINGTON; Editing by Paul Tait and Clarence Fernandez) 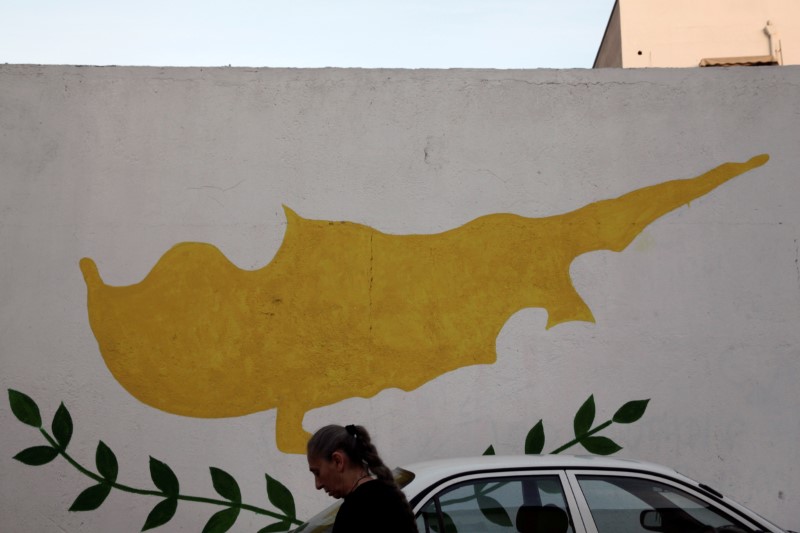 ATHENS (Reuters) – The leaders of ethnically-split Cyprus have asked the United Nations to prepare for a new peace conference in early March with guarantor powers Britain, Turkey and Greece, a U.N. envoy said on Wednesday.

“The leaders requested the United Nations to prepare, in consultation with the guarantor powers, for the continuation of the Conference on Cyprus at political level in early March,” Eide said in a statement.

“They underscored their strong resolve and determination to maintain the current momentum,” said Eide, a former Norwegian foreign minister who has been one of a long line of envoys trying to broker peace on the eastern Mediterranean island.

Cyprus was a British colony until 1960 and its Greek and Turkish Cypriot communities have lived estranged on either side of a U.N.-monitored ceasefire line since 1974, when Turkish forces invaded the island in response to a brief coup by Greek Cypriot militants seeking union with Greece.

The seeds of partition were planted years earlier when Turkish Cypriots withdrew from a power-sharing system after the outbreak of communal violence, which spurred the dispatch of what is now one of the oldest U.N. peacekeeping contingents.

One of the 1960 treaties under which Cyprus was granted independence allows Greece, Turkey and Britain intervention rights in the event of a breakdown of constitutional order.

The foreign ministers of guarantor powers Britain, Greece and Turkey met Cypriot leaders in Geneva in mid-January to weigh security guarantees, seen as crucial to a reunification deal.

That meeting was inconclusive. Turkey and Turkish Cypriots insisted on continued guarantor status while Greece and the Greek Cypriots insisted the current system be dismantled, saying Turkey had abused it with its 1970s invasion and continued stationing of 30,000 troops in northern Cyprus.