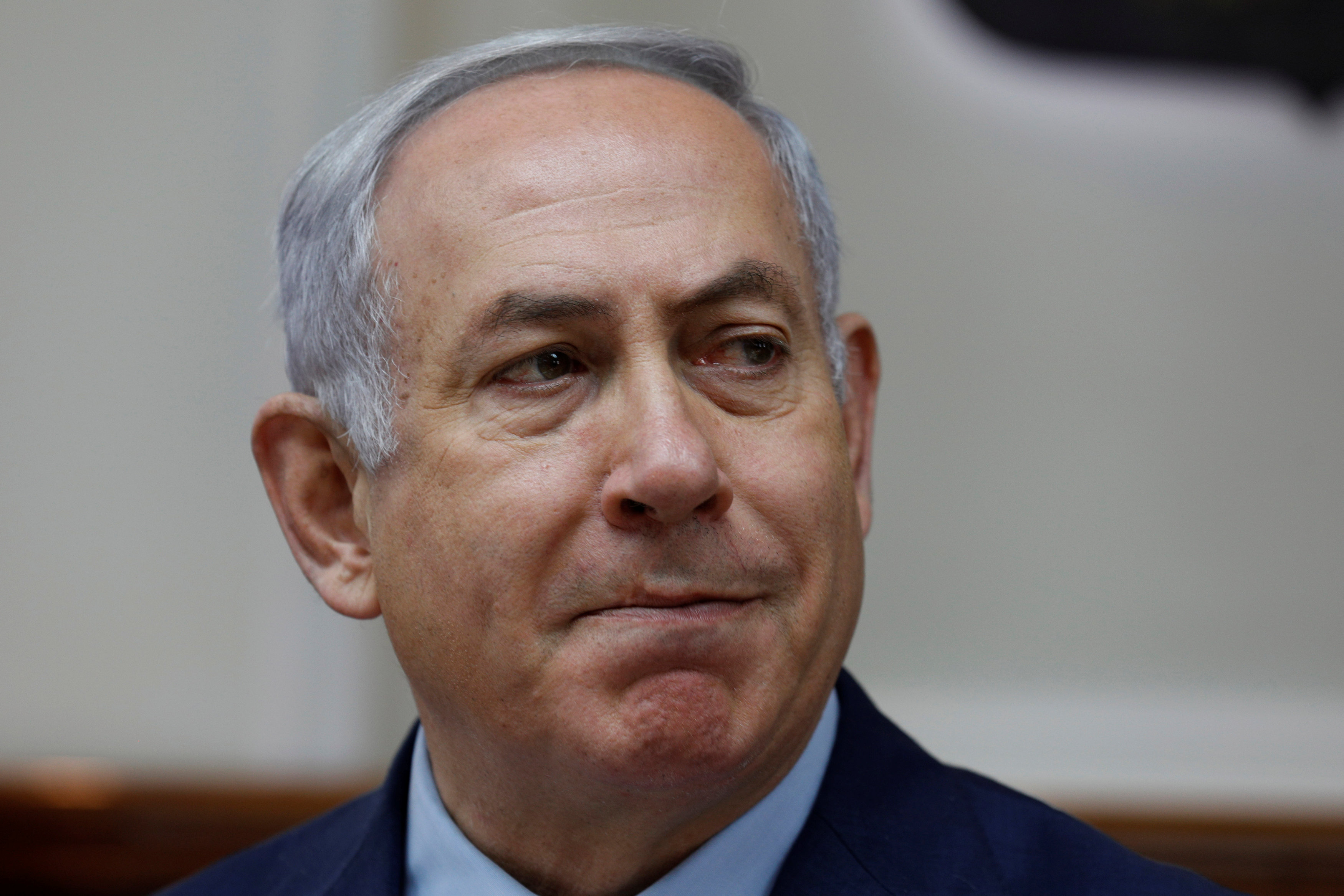 JERUSALEM (Reuters) – Israeli Prime Minister Benjamin Netanyahu accused Mahmoud Abbas of anti-Semitism and Holocaust denial on Wednesday after the Palestinian leader suggested in a speech that historic persecution of European Jews had been caused by their conduct.

Jewish groups also condemned Abbas’ comments, made in a speech on Monday to the Palestinian National Council, that Jews had suffered historically not because of their religion but because they had served as bankers and money lenders.

“I call upon the international community to condemn the grave anti-Semitism of Abu Mazen (Abbas), which should have long since passed from this world.”

Abbas said in his speech that Jews living in Europe had suffered massacres “every 10 to 15 years in some country since the 11th century and until the Holocaust”.

Netanyahu’s criticism was echoed by Jewish leaders around the world.

“Abbas’ speech in Ramallah are the words of a classic anti-Semite,” said Marvin Hier and Abraham Cooper of the U.S.-based Jewish human rights organization the Simon Wiesenthal Center.

“Instead of blaming the Jews, he should look in his own backyard to the role played by the Grand Mufti in supporting Adolf Hitler’s Final Solution,” they added.

They were referring to Muslim Grand Mufti Haj Amin Husseini, a World War Two ally of Adolf Hitler, whose “Final Solution” led to the killing of six million Jews in Europe.

U.S. Ambassador to Israel David Friedman tweeted that Abbas had “reached a new low in attributing the cause of massacres of Jewish people over the years to their ‘social behavior'”.

German Foreign Minister Heiko Maas and the foreign service of the European Union, the biggest donor of aid to the Palestinians, also condemned the comments.

“We reject any relativisation of the Holocaust,” Maas told Die Welt daily.

“Germany bears responsibility for the most atrocious crime of human history,” he said, adding the memory of the Holocaust was a constant reminder to tackle any form of anti-Semitism.

The European External Action Service in Brussels said in a statement: “Such rhetoric (about the Jews) will only play into the hands of those who do not want a two-state solution, which President Abbas has repeatedly advocated.”

Abbas, 82, made his remarks in the West Bank city of Ramallah at a rare meeting of the Palestinian National Council, the de facto parliament of the Palestine Liberation Organisation (PLO), which Abbas heads.

A veteran member of Fatah, the dominant faction of the PLO, Abbas served for decades as a loyal deputy of his predecessor, Yasser Arafat. He assumed the leadership of Fatah, the PLO and the Palestinian Authority after Arafat died in 2004.

Abbas was born in 1935 in Safat, a town in the north of what was then British-ruled Palestine. His family became refugees in 1948, fleeing across the border to Syria as violence intensified between Jews and Arabs, culminating in war between the newly created State of Israel and its Arab neighbors in May 1948.

In 1982 Abbas obtained a doctorate in history at the Moscow Institute of Orientalism in the then-Soviet Union. His dissertation, entitled “The Secret Relationship between Nazism and the Zionist Movement”, drew widespread criticism from Jewish groups, who accused him of Holocaust denial. 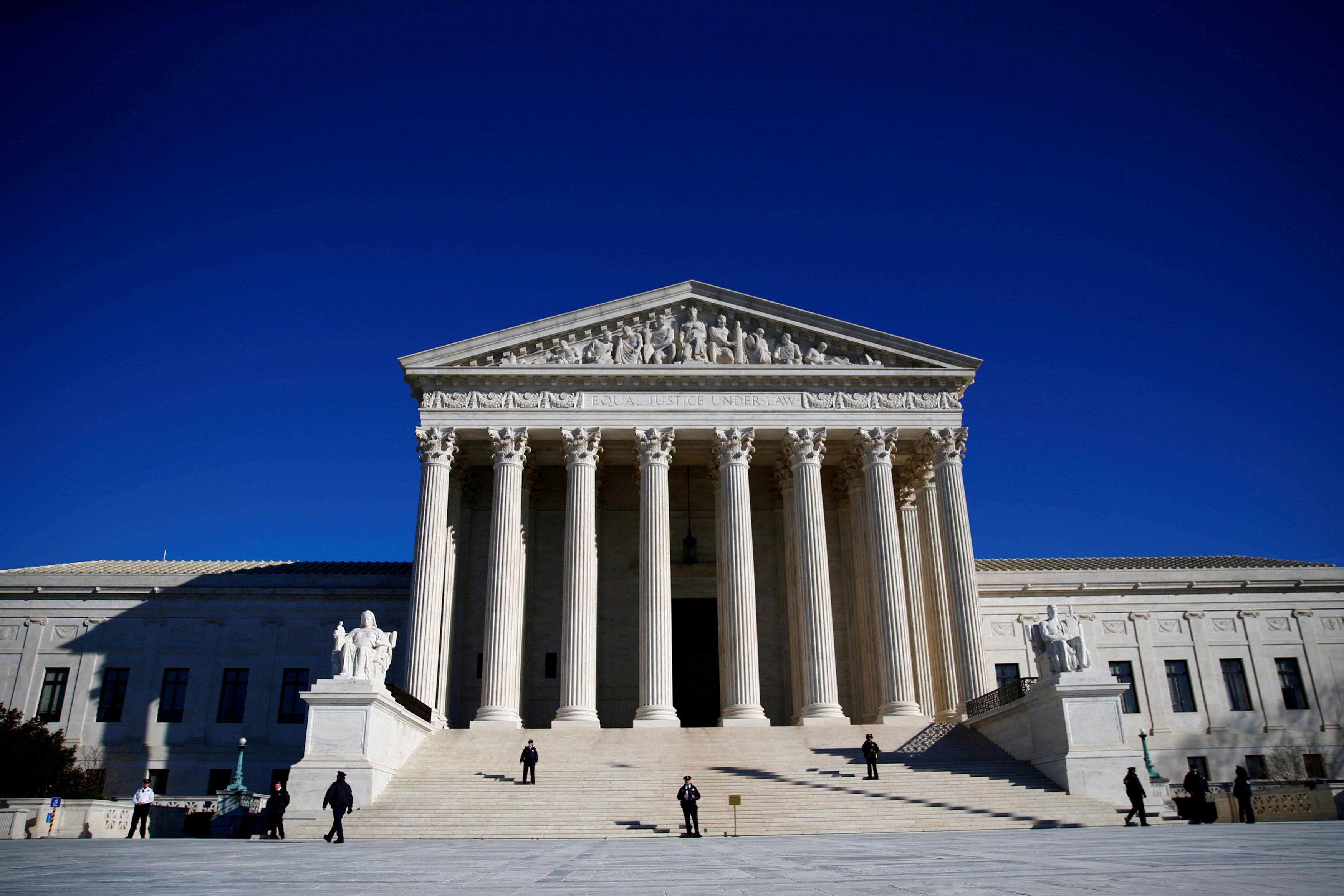 WASHINGTON (Reuters) – The Palestinian Authority and Palestine Liberation Organization gained a legal victory at the U.S. Supreme Court on Monday as the justices refused to consider reinstating a $655.5 million jury award won against them by 11 American families over militant attacks in Israel.

The court declined to hear the families’ appeal of a lower court’s 2016 ruling throwing out the jury award secured in a lawsuit brought under the Anti-Terrorism Act, a law that lets American victims of international terrorism seek damages in U.S. courts.

The families had looked to hold the Palestinian Authority and PLO liable for six shootings and bombings between 2002 and 2004 in the Jerusalem area that killed 33 people, including several Americans, and wounded more than 450.

“It’s outrageous that the murderous Palestinian Authority is allowed to kill innocent civilians and not have to pay any cost. This is a horrible travesty of justice for the families and we will not let it stand,” said Nitsana Darshan-Leitner, president of the Shurat HaDin-Israel Law Center, which represents the American families.

Gassan Baloul, a lawyer for the Palestinian defendants, said he was “gratified” that the Supreme Court refused to hear the case. The ruling by the New York-based 2nd U.S. Circuit Court that the high court left in place “respects the constitutional limits on the jurisdiction of U.S. courts,” Baloul added.

President Donald Trump’s administration had sided with the Palestinian Authority and PLO in the dispute, urging the justices not to take up the case because the specific claims could not be brought under the Anti-Terrorism Act.

“The United States condemns acts of terror in the strongest terms and the Department of Justice is committed to prosecuting those who commit terrorist attacks against innocent human beings to the fullest extent that the law allows,” U.S. Justice Department spokeswoman Kerri Kupec said.

“We will continue to support wherever possible all lawful actions to fight terrorism and provide redress to the victims of terrorist attacks and their families,” Kupec added.

The attacks at the center of the lawsuit have been attributed to the al-Aqsa Martyrs Brigades and Hamas. Lead plaintiff Mark Sokolow, his wife and their two daughters were injured in a 2002 suicide bombing in Jerusalem.

The 2nd Circuit ordered that the civil lawsuit, which began in January 2004, be dismissed. The appeals court said the attacks occurred “entirely outside” U.S. territory, and found no evidence that Americans were targeted. As a result, American courts do not have jurisdiction to hear the claims, it said.

The families said late PLO Chairman Yasser Arafat, who died in 2004, and his agents routinely arranged for payments to attackers and to families of militants who died. The Palestinian Authority and PLO have said they condemned the attacks and blamed them on rogue individuals within the organizations acting on their own.

In 2015, after a six-week trial, a federal jury in Manhattan awarded the families $218.5 million, which was tripled automatically to $655.5 million under the Anti-Terrorism Act.

Lawyers for the plaintiffs said the appeals court decision “eviscerates the Anti-Terrorism Act” by severely limiting what cases can be heard in U.S. courts. They argued that Congress wrote the law specifically to apply to attacks that took place outside the United States in which U.S. citizens were injured or killed, whether or not Americans were specifically targeted.

In a separate case on a similar theme, the Supreme Court in February blocked a group of Americans injured in a 1997 suicide bombing in Jerusalem from seizing ancient Persian artifacts from a Chicago museum to satisfy a $71.5 million court judgment against Iran, which they had accused of complicity in the attack.

The Supreme Court in another case is weighing whether Jordan-based Arab Bank Plc can be sued over legal claims that it helped finance militant attacks in Israel and the Palestinian territories. A ruling is due by the end of June.

(Reporting by Lawrence Hurley; Additional reporting by Maayan Lubell in Jerusalem; Editing by Will Dunham)