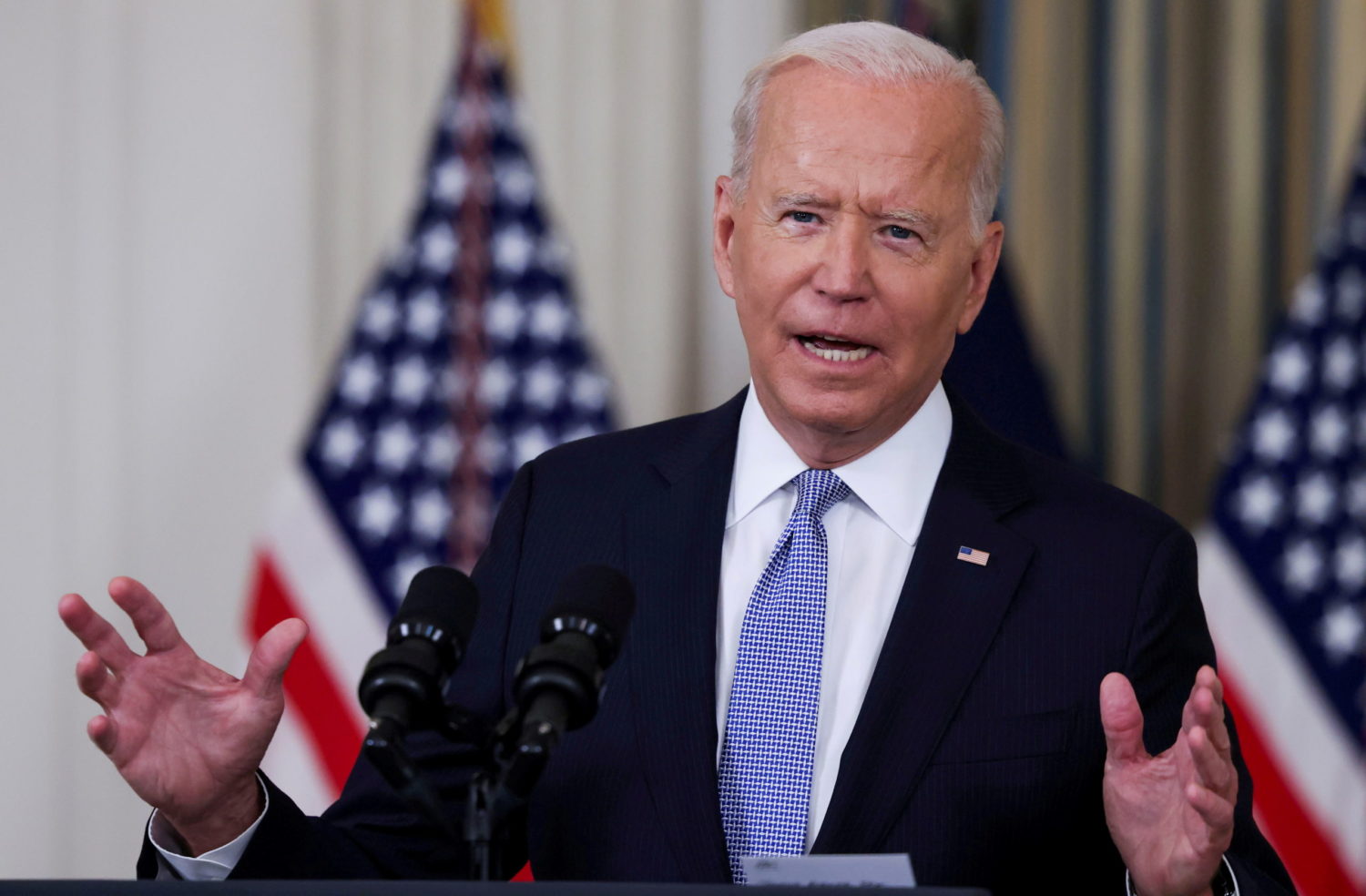 WASHINGTON (Reuters) -President Joe Biden will enforce a federal mandate that workers at U.S. companies with at least 100 employees be vaccinated against COVID-19 or be tested weekly starting on Jan. 4, a reprieve to businesses facing labor shortages during the holiday season, U.S. officials said on Thursday.

Biden’s separate vaccine requirement for federal contractors has been delayed a month to Jan. 4, officials added, while millions of workers in healthcare facilities and nursing homes participating in the Medicare and Medicaid government healthcare programs will need to get their shots by the same date.

The action on the private-sector vaccinations was taken under the U.S. Occupational Safety and Health Administration’s (OSHA) emergency authority over workplace safety, officials said. The mandate applies to 84.2 million workers at 1.9 million private-sector employers. Another 18.5 million workers for those employers are exempt because they either work remotely or outside all the time, OSHA said.

“While I would have much preferred that requirements not become necessary, too many people remain unvaccinated for us to get out of this pandemic for good. So I instituted requirements – and they are working,” Biden said in a statement.

OSHA estimates that 31.7 million of covered workers are unvaccinated and 60% of employers will require vaccinations, up from 25% today, resulting in another 22.7 million employees getting vaccinated.

The administration’s various vaccine rules cover 100 million employees, about two-thirds of the U.S. workforce, the White House said. OSHA will consider during a 30-day public comment on the private-sector rule expanding the mandate to cover businesses with fewer than 100 workers, officials said.

The private-sector mandate is likely to trigger legal challenges and a legal battle hinging upon on the rarely used law on which the action was based and questions over the constitutional limits of federal power and authority over healthcare practices. The administration said the action falls well within OSHA’s authority.

The U.S. Chamber of Commerce, the nation’s largest business lobbying group, said the administration “made some significant adjustments” in the rule that reflect concerns raised by the business community.

Other industry groups voiced concerns. The Retail Industry Leaders Association said the 60-day implementation timeline is insufficient and that it wanted 90 days.

“It falls short of the 75 days the government originally gave itself to implement a mandate on federal employees – a period they have now lengthened for government contractors while imposing a much stricter standard on the private sector,” the group said.

Some of the nation’s largest unions such as the United Auto Workers (UAW) said they will review the rule to determine how it affects current workplace protocols.

The 490-page regulation is known as a Emergency Temporary Standard (ETS). Senate Republicans said they would try to repeal it using a law known as the Congressional Review Act.

“The administration wouldn’t move forward unless they thought that they could defend it legally. … I think the constitutional challenges are all going to fail,” said Donald Verrilli, U.S. solicitor general during former President Barack Obama’s administration, told Reuters.

Biden in September unveiled plans for the mandate, seeking to increase vaccination rates amid a dangerous surge in COVID-19 cases and get more people back to work. In meetings with companies and industry groups representing retailers, logistics firms and construction workers, executives asked the administration to delay implementation until after the New Year, citing concerns about worker shortages during the important holiday season.

Employers will not be required to provide or pay for tests. The administration estimates that about 5% of employees covered by the rule will seek and receive religious or medical accommodations.

Failure to comply with the mandate would trigger fines of about $14,000 per violation, which would increase with several violations, officials said. They did not specify whether workers would be fired for refusal to be vaccinated or tested.

A company can have all its workers unvaccinated under the rule as long as they get tested regularly and wear masks, officials said.

A recalcitrant minority of Americans has refused to be vaccinated. About 70% of U.S. adults have been fully vaccinated and 80% have received at least one shot, according to the latest data. An average of about 1,100 Americans are dying daily from COVID-19, most of them unvaccinated. COVID-19 has killed more than 745,000 Americans.

“We have to do what is right for our workforce,” Labor Secretary Marty Walsh told reporters.

The rule for healthcare workers covers more than 10 million people, of which around 70% have already been vaccinated, officials said. It applies to around 76,000 healthcare providers that receive Medicare or Medicaid reimbursements including hospitals, nursing homes, dialysis centers, ambulatory surgical settings and home-health agencies.

(Reporting by Nandita Bose, David Shepardson and Ahmed Aboulenein in Washington and Tom Hals in Wilmington, Delaware; Editing by Will Dunham, Chris Sanders and Shri Navaratnam) 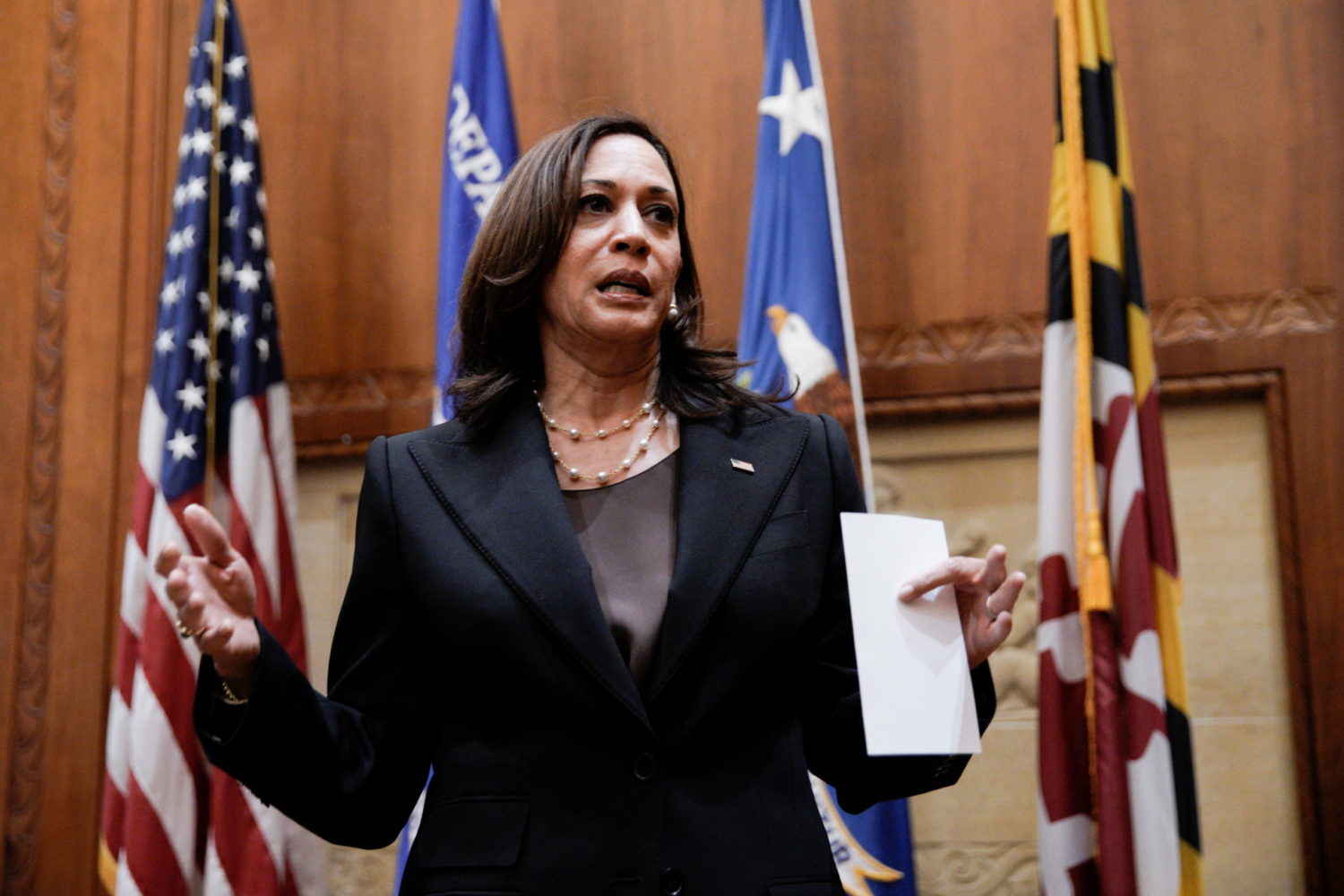 WASHINGTON (Reuters) – Twelve companies and groups including Microsoft Corp, Mastercard and Nestle’s Nespresso on Thursday will commit to making investments in Central America – a win for Vice President Kamala Harris as she aims to lower migration from the region into the United States.

President Joe Biden has tasked Harris with leading U.S. efforts with Mexico and the Northern Triangle countries of Honduras, El Salvador and Guatemala. Since then, Harris has taken a series of steps aimed at improving conditions and lowering migration from the region.

Harris, who met with officials from these companies and groups on Thursday, said economic opportunities in the region can be boosted via partnerships with the private sector.

“In order for us as an administration, the United States government, to maximize the potential of our work, it has to be through collaboration, through public-private partnerships,” Harris told reporters at the start of the meeting.

Commitments by the companies include Microsoft agreeing to expand internet access to as many as three million people in the region by July 2022 and Nespresso’s plans to begin buying some of its coffee from El Salvador and Honduras with a minimum regional investment of $150 million by 2025, a White House official said.

Chobani has agreed to bring its incubator program for local entrepreneurs to Guatemala while Mastercard will aim to bring five million people in the region who currently lack banking services into the financial system and give one million micro and small businesses access to electronic banking, the official said.

In April, Harris unveiled an additional $310 million in U.S. aid to Central America. She is expected to visit Guatemala and Mexico on June 7 and 8 – her first overseas trip as vice president.

U.S. officials see corruption as a major contributor to a migrant exodus from the region, along with gang violence and natural disasters, issues that represent hurdles for companies investing in the region.

Some Central American leaders recently pushed back on the Biden administration’s anti-corruption strategy, which included releasing a list labeling 17 regional politicians as corrupt.

On his trip next week to Costa Rica, U.S. Secretary of State Antony Blinken plans to use meetings with his Central American and Mexican counterparts gathered there to address corruption, governance and rule-of-law issues, said Julie Chung, acting assistant secretary of state for Western Hemisphere Affairs.

“These are some of the issues that are the drivers of why people leave their homes in the first place,” Chung told reporters in a briefing ahead of Blinken’s June 1-2 trip. “They don’t have confidence in their governments.” 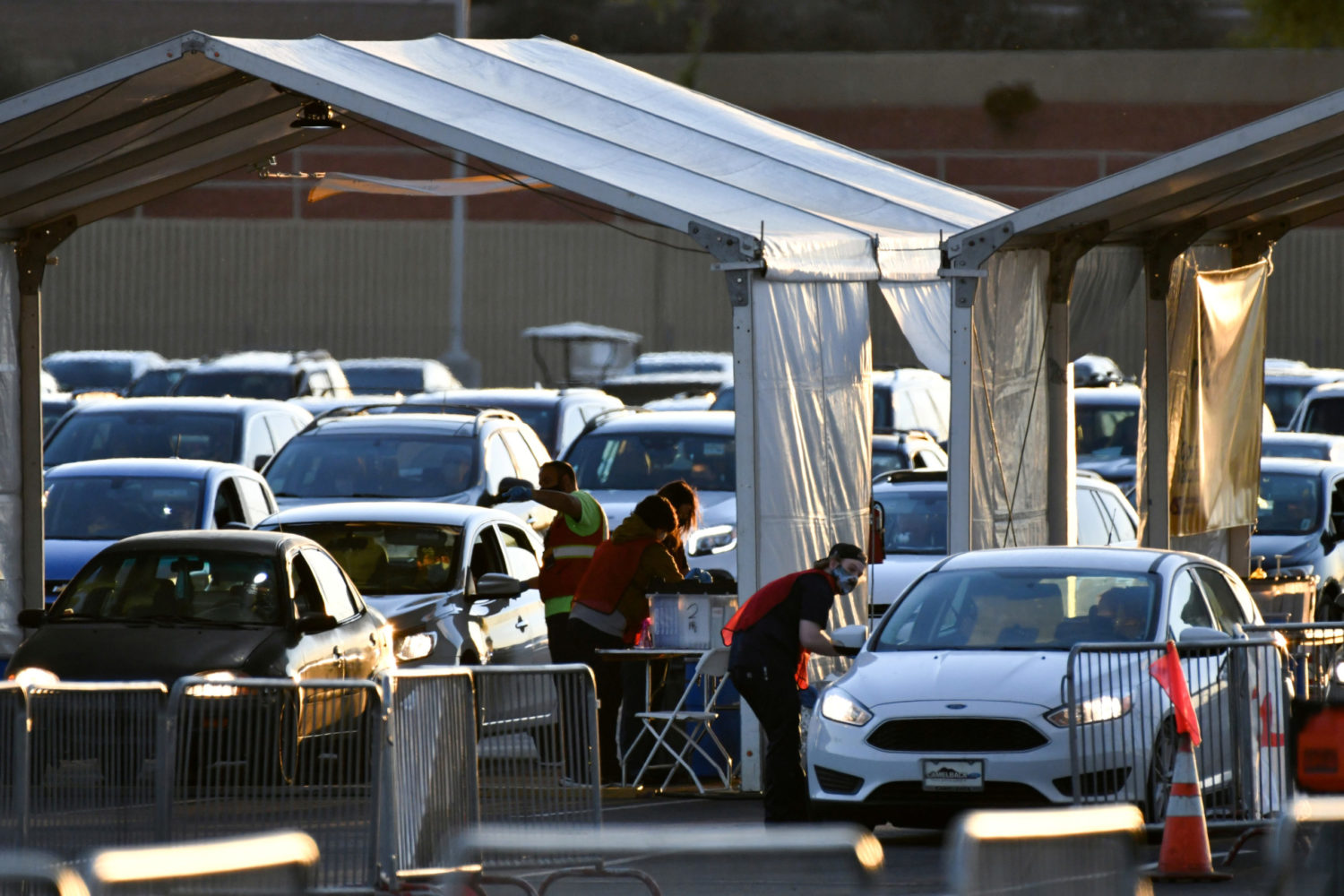 WASHINGTON (Reuters) -The White House said it expected the private sector to take the lead on verification of COVID-19 vaccines, or so-called vaccine passports, and would not issue a federal mandate requiring everyone to obtain a single vaccination credential.

The Biden administration was reviewing the issue and would make recommendations, White House press secretary Jen Psaki said on Monday, but she added, “We believe it will be driven by the private sector.”

Japan is gearing up to issue digital health certificates to citizens who have been vaccinated against the novel coronavirus, joining China, the European Union and others that have adopted similar measures aimed at opening up overseas travel, the Nikkei reported on Saturday.

Psaki said the White House was leading an inter-agency process looking at these issues, and would provide guidance in line with several key principles:

“There are a couple key principles that we are working from. One is that there will be no centralized universal federal vaccinations database, and no federal mandate requiring everyone to obtain a single vaccination credential,” she said.

“Secondly, we want to encourage an open marketplace with a variety of private sector companies and nonprofit coalitions developing solutions. And third, we want to drive the market toward meeting public interest goals.”

Psaki said the Biden Administration would work to ensure that all vaccination credential systems met key standards such as universal accessibility, affordability and availability, both digitally and on paper.

She gave no indication when the process would be completed. 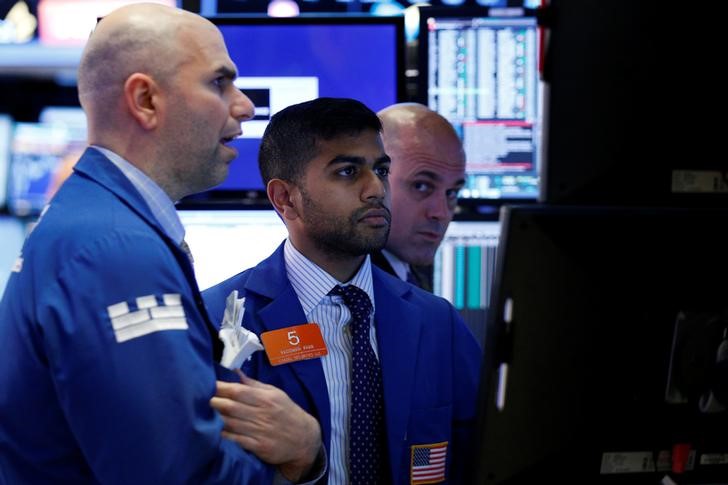