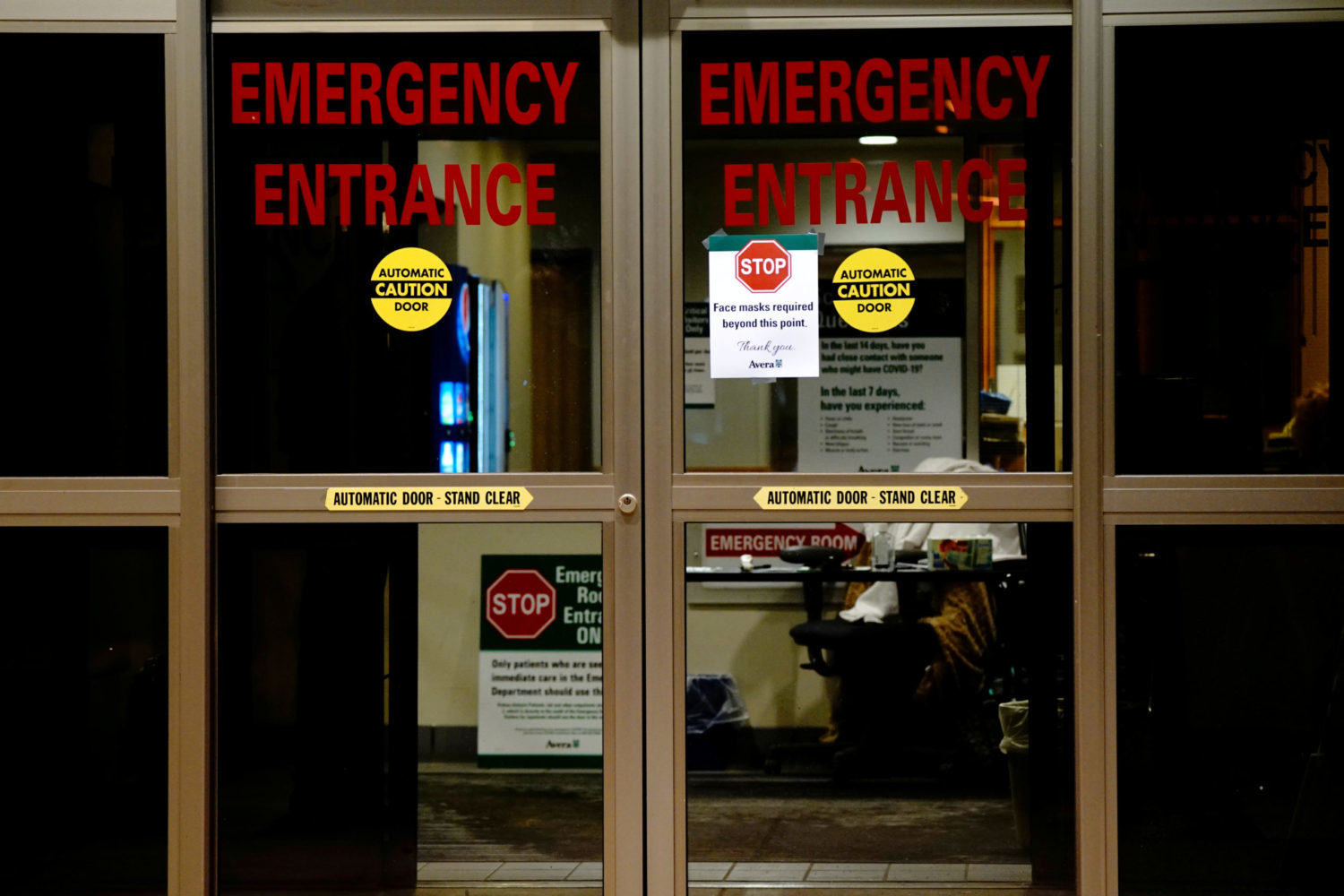 By Sharon Bernstein and Maria Caspani

SACRAMENTO (Reuters) – Several U.S. states on Tuesday imposed restrictions to curb the spread of the coronavirus as hospitalizations soared, straining hospitals and medical resources across much of the country.

The number of patients hospitalized with COVID-19 in California has risen by 32% over the past two weeks, and intensive-care admissions have spiked by 30%, Dr. Mark Ghaly, the state’s health and human services secretary, told reporters.

As a result, Ghaly announced that three counties that are home to about 5.5 million people – San Diego, Sacramento and Stanislaus – must reverse their reopening plans and go back to the most restrictive category of regulations under which indoor dining in restaurants is not allowed and gyms and religious institutions are also not permitted to hold indoor activities.

“We anticipate if things stay they way they are … over half of California counties will have moved into a more restrictive tier” by next week, Ghaly said.

In Minnesota, Governor Tim Walz announced new restrictions as the Midwestern state reported a fresh record high in daily COVID-19 hospitalizations, and medical systems in Minnesota expressed concerns about their ability to cope with the surge.

The state reported 1,224 coronavirus hospitalizations on Tuesday, up from 1,084 the previous day and a new daily record, according to a Reuters tally.

Beginning Friday, restaurants and bars in Minnesota must close dine-in services between 10 p.m. and 4 a.m., and keep the number of patrons below 50% of capacity. The governor’s order also includes private social gatherings, which must be limited to 10 people from three households or less.

“We’ve turned our dials, we’re going to have to turn them back a little bit today,” Walz told a briefing.

In Illinois, which recorded its highest number of daily cases on Tuesday with 12,626 new infections, Governor J.B. Pritzker told reporters the majority of the state’s regions were seeing higher hospitalization rates than last spring.

U.S. Health Secretary Alex Azar expressed concern about rising hospitalizations that were straining medical facilities in areas hardest hit by the surge, and said health officials will work to set up temporary medical facilities where they might be needed.

“As you get more cases, you get more hospitalizations,” Azar said in an interview with MSNBC. “It’s just simple math.”

There were just over 59,000 COVID-19 patients in hospitals across the United States on Monday, the country’s highest number ever of in-patients being treated for the disease. Daily new infections exceeded 100,000 for the sixth consecutive day.

Hospitalizations are a key metric of how the pandemic is progressing because, unlike case counts, they are not influenced by the number of tests performed.

The harsh statistics tallied by Reuters cemented the United States’ position as the country worst affected by the coronavirus pandemic, even as drugmaker Pfizer Inc. on Monday provided some hope: successful late-stage tests of its vaccine.

Fauci said health officials were reporting more infections from small gatherings, an indication the virus is being spread by asymptomatic people.

“There are people out there, innocently and unwittingly, who are infected, don’t have any symptoms, who are infecting others,” he told MSNBC on Tuesday. “So, much more widespread testing of asymptomatic individuals is going to be very important as we enter, and go into, these months of indoor-type gathering.”

The American Health Care Association and National Center for Assisted Living warned about a spike in COVID-19 cases in nursing homes.

“As we feared, the sheer volume of rising cases in communities across the U.S., combined with the asymptomatic and pre-symptomatic spread of this virus, has unfortunately led to an increase in new COVID cases in nursing homes,” Mark Parkinson, president and chief executive of the American Health Care Association and National Center for Assisted Living, said in a statement.

Nursing homes in the hard-hit Midwest saw a 120% increase in weekly COVID-19 cases since mid-September, the group said.