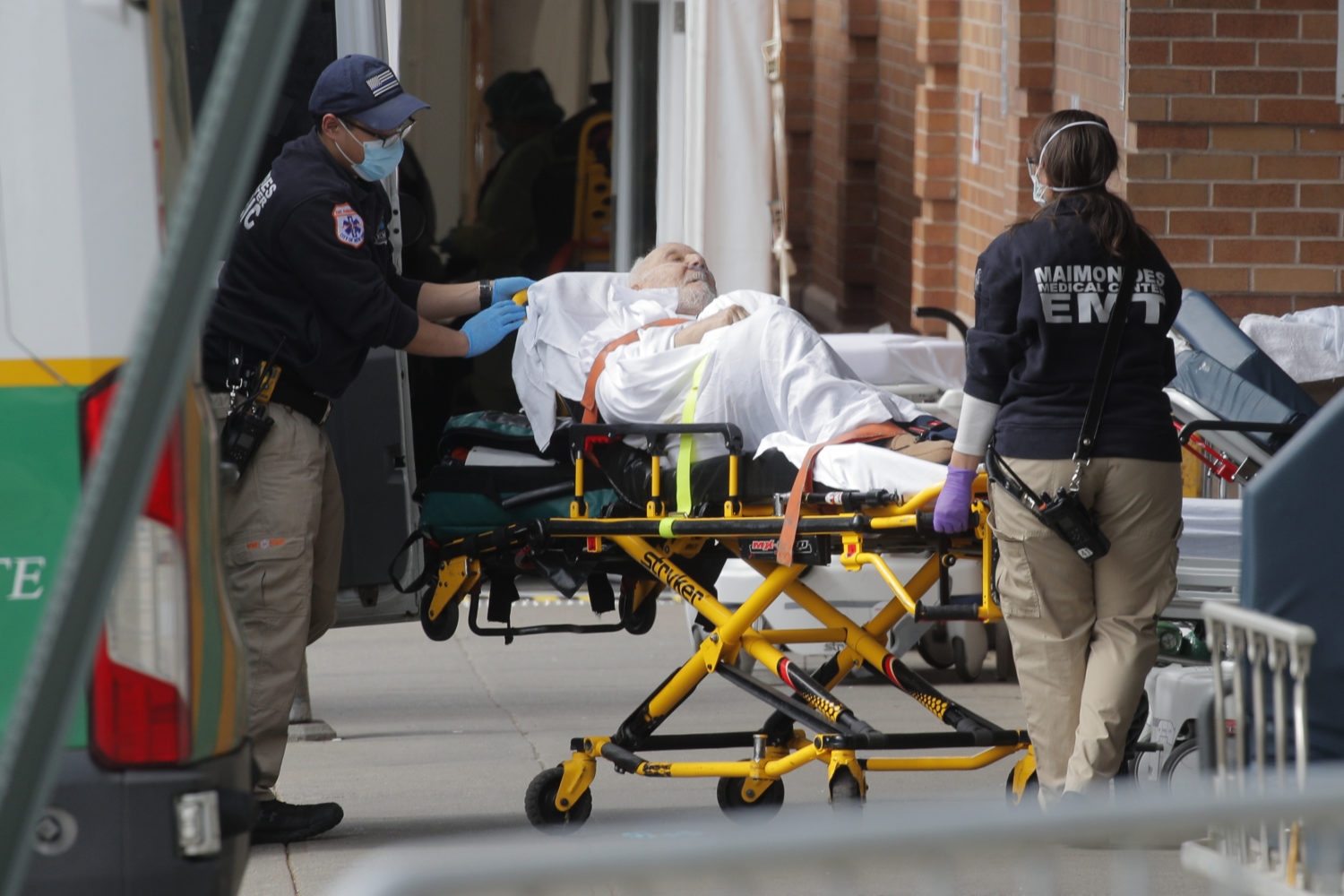 By Nathan Layne and Maria Caspani

(Reuters) – New York has suffered its deadliest day in the novel coronavirus pandemic, with 731 fatalities in the last 24 hours, although Governor Andrew Cuomo said hospitalizations were reaching a plateau in a promising sign for the hardest-hit state.

Even as the total number of deaths reached 5,489 across New York, Cuomo told a daily briefing on Tuesday that he was working with governors in New Jersey and Connecticut on a plan to restart life once the crisis subsides.

Cuomo said that the closures of businesses and schools and other social distancing measures were having the intended impact and urged continued compliance, especially as New York City braces for the possible peak to hospitalizations this week.

“Our behavior affects the number of cases,” said Cuomo. “They are not descending on us from heaven.”

The 731 new deaths on Monday marked an increase from the prior day’s 599 new deaths, while new hospitalizations nearly doubled to 656, contradicting a trend of the past few days which Cuomo had touted as a possible “flattening of the curve”.

But Cuomo cautioned against reading too much into one day of data and stressed three-day averages, which still showed a downward trend in the stress on the state’s hospitals. The governor also pointed to a daily drop in admissions to intensive care units and a fall in intubations as encouraging signs.

Cuomo said health officials have developed an antibody testing regimen that was approved by the U.S. Department of Health and Human Services for use in the state, and said that regulators were working to bring it up to scale.

The test, Cuomo said, would determine whether a person has developed antibodies from contracting and resolving the virus, and would be part of a larger plan aimed at getting people back to work and to school.

“You are not going to end the virus before you start restating life.”

(Reporting by Nathan Layne in Wilton, Connecticut and Maria Caspani and Stephanie Kelly in New York; Editing by Lisa Shumaker) 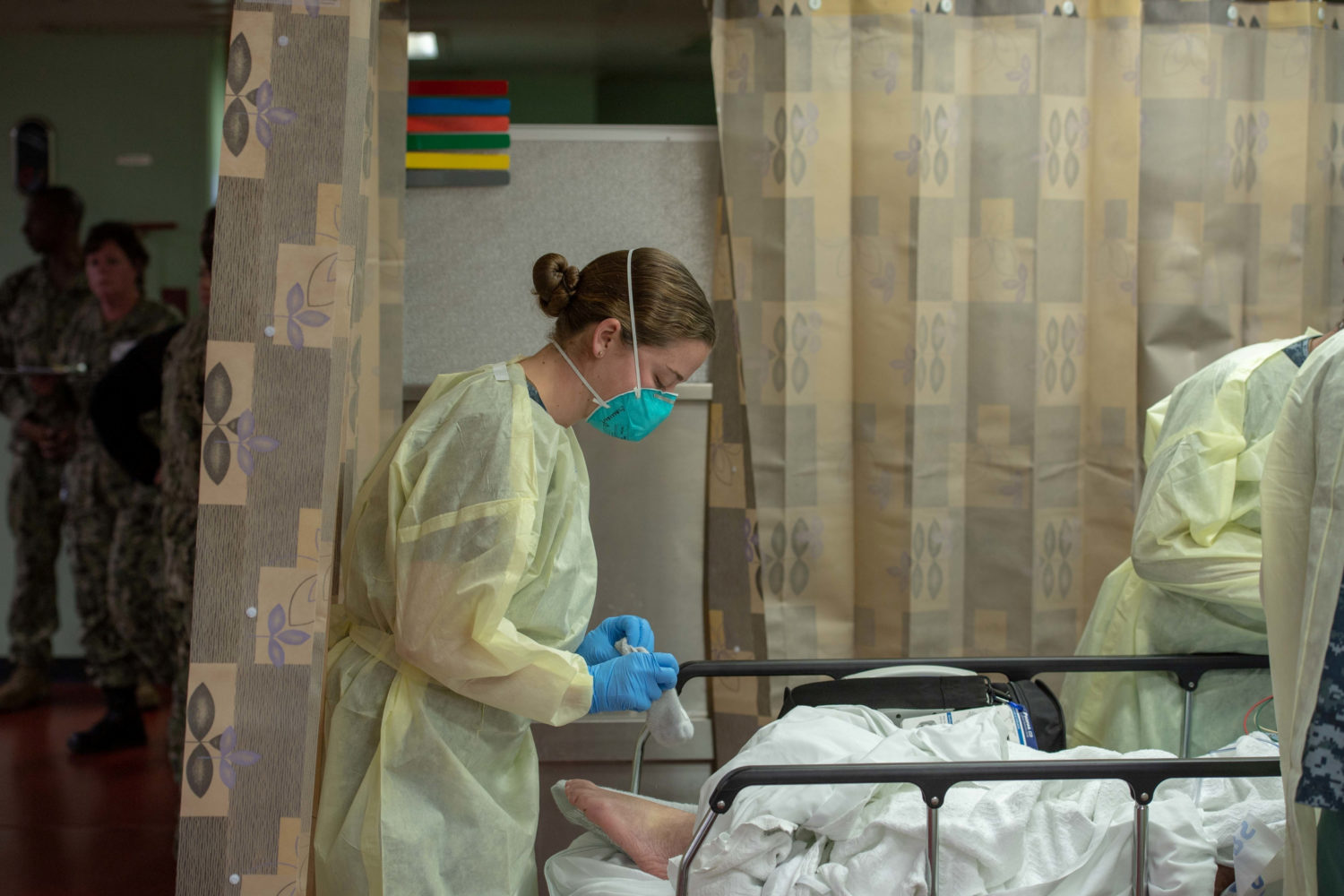 SACRAMENTO, Calif. (Reuters) – California Governor Gavin Newsom said on Monday that the number of COVID-19 hospitalizations in the state had nearly doubled over the past four days and the number of ICU patients tripled during that time.

By Monday, 1,421 California patients had been hospitalized with COVID-19, the disease caused by the novel coronavirus, up from 746 four days ago, Newsom said. The number of patients requiring intensive care beds rose to 597 from 200, he said. Altogether, 5,763 people have tested positive for the disease in the state, he said.

The rapid increase in the need for hospital and ICU care led Newsom to set up a website to connect retired doctors and nurses, as well as medical and nursing students, to hospitals and clinics that need them. The state will help retirees activate their licenses and students obtain licensing.

The state is hoping its initiative, dubbed California Health Corps, will bring on board enough staff to handle an additional 50,000 hospital beds, Newsom said. An executive order signed Monday also temporarily allows physician assistants and nurse practitioners to perform some duties normally performed by physicians and registered nurses, and waives other state rules during the crisis.

Medical professionals who sign up under the program will be paid with state and federal funds and provided malpractice insurance.