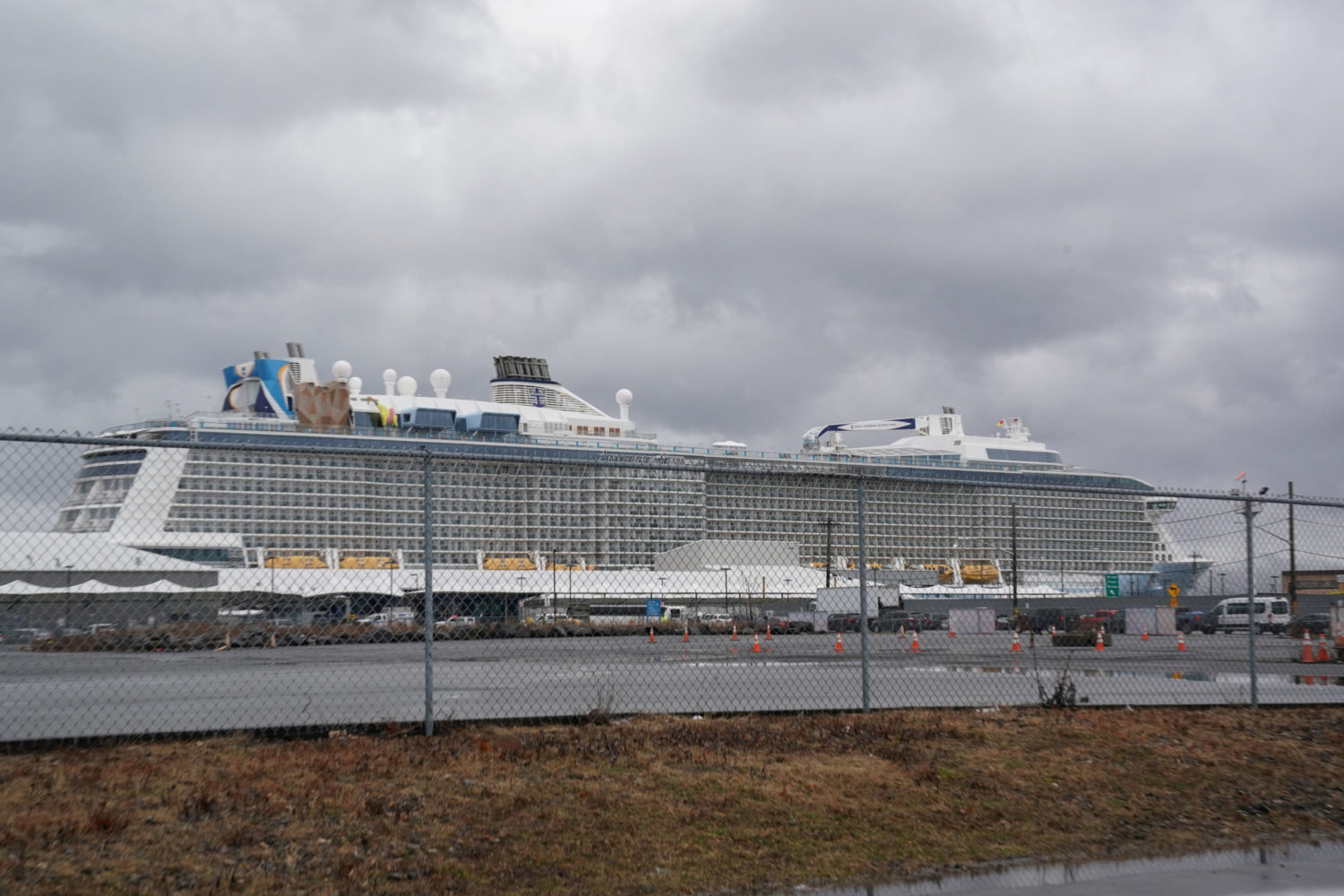 By Nivedita Balu and Helen Coster

(Reuters) – Hoping to set sail again after a long halt due to the COVID-19 pandemic, Royal Caribbean Group and Norwegian Cruise Line Holdings Ltd. said on Monday they submitted a report to the U.S. Centers for Disease Control and Prevention (CDC) detailing health and safety protocols.

Recommendations also include rigorous screening and testing before boarding and plans to address positive infection on board, the companies said.

In an interview with Reuters on Monday, which included the two cruise line chief executives and other members of a panel that developed the guidelines, Norwegian Chief Executive Frank Del Rio said he did not know how much Norwegian would need to pay to implement the panel’s recommendations.

“Put it in context, this is a drop in the bucket,” Del Rio said. “Whatever the number is, and I truly don’t know what it is and I don’t think [Royal Caribbean CEO] Richard [Fain] does either. We are at a zero revenue environment. This is a necessary step to return to service and we’re not really concerned about what the costs are.”

In July, the two companies announced a joint task force to help develop safety standards for restarting their businesses during the coronavirus pandemic.

The cruise industry has taken a major hit from the pandemic, with some of the earliest large clusters of COVID-19 occurring aboard cruise ships.

The CDC first issued a no-sail order on March 14 for all cruise ships and has been extending it since.

Cruise operators have lost about half to two-thirds of their value so far this year. Their shares were last down between 4% and 6% as worries of a second lockdown amid rising coronavirus cases shook broader markets.

(Reporting by Helen Coster in New York and Nivedita Balu in Bengaluru; Editing by Vinay Dwivedi and Dan Grebler) 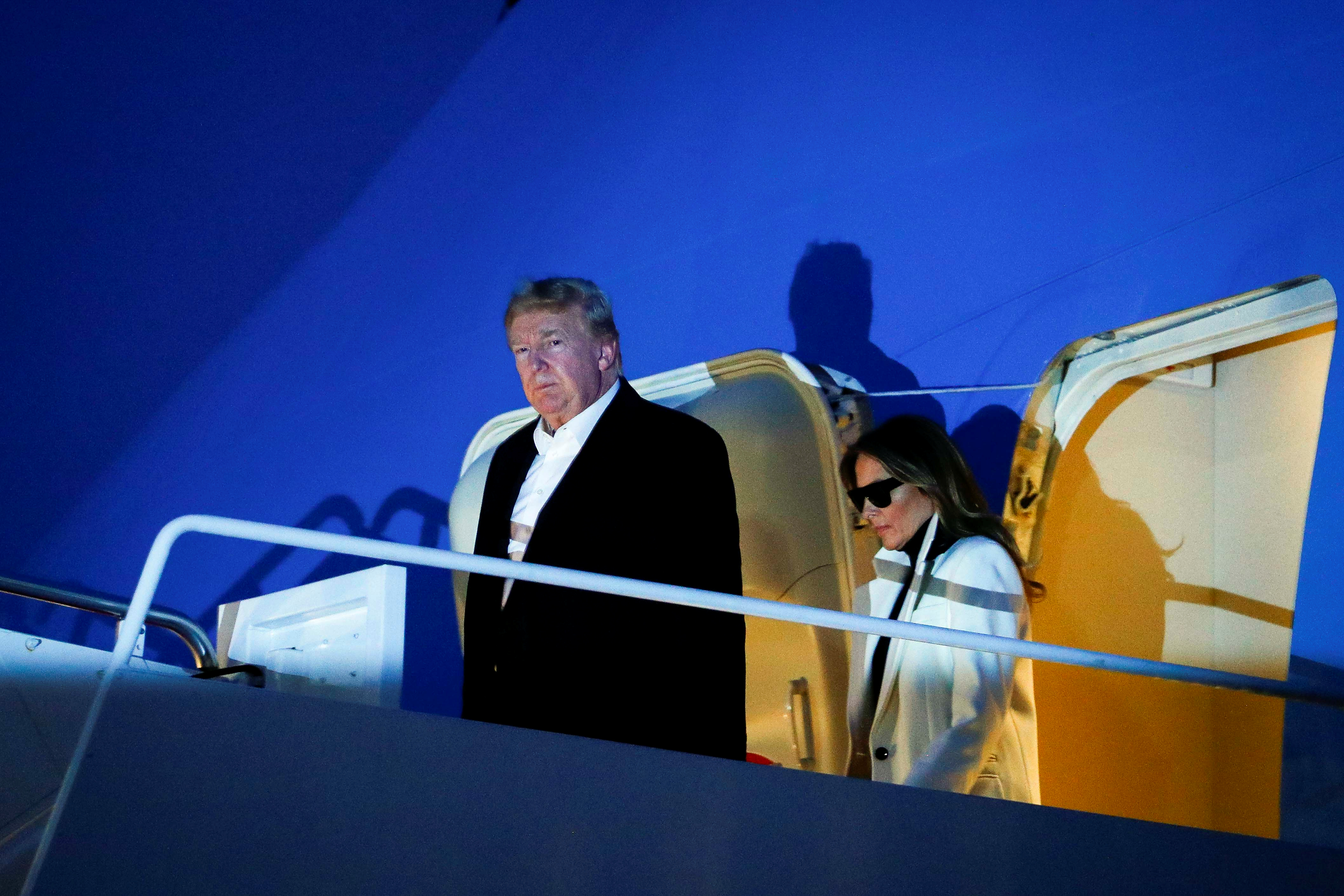 By Steve Holland and Susan Heavey

WASHINGTON (Reuters) – President Donald Trump returned to Washington on Wednesday to face increasing concerns over the coronavirus as U.S. public health officials warned Americans to prepare for a possible outbreak and financial markets remained on edge.

Trump, back from a 2-day visit to India, said on Twitter that he would meet with U.S. officials for a briefing on the coronavirus later on Wednesday and hold a news conference.

Dr. Anthony Fauci, the head of the National Institute of Allergy and Infections Diseases who will brief the president, said while the virus is contained in the United States, Americans need to get ready for a potential outbreak.

As person-to-person transmissions spread in other countries outside of China, including South Korea, Japan, Italy and Iran, the coronavirus is likely to spread further, he said.

“Things are stable here … and at the same time we need to be ready to do things to contain an outbreak if it were to occur, Fauci told CNN in an interview.

Officials at the U.S. Centers for Disease Control and Prevention (CDC), in a shift, on Tuesday said the virus’ march across the globe had raised concern about community spread in the United States, even as it remained unclear if and when that might happen, or how severe it might be.

The Republican president has been largely out of Washington since Feb. 18, first visiting a string of western U.S. states before heading off to India.

During his travels, he praised U.S. health officials while publicly downplaying the possible spread of the virus and its impact on financial markets, saying he hopes it will disappear with the arrival of warmer spring weather in the United States.

Trump has been increasingly alarmed at the drop in the stock market, which he considers a key barometer of economic health.

He has repeatedly touted his administration’s decision to bar foreign travelers who had been to China within the virus’ 14-day incubation period and to funnel flights from China to specific airports for screenings.

CDC officials, who Trump said would be at the 6 p.m. (2300 GMT) White House news conference, have advised Americans to not visit China and South Korea, and to exercise caution when traveling to Japan, Italy or Iran.

The CDC is also considering expanding airport screenings to target passengers from countries that have seen a recent spike in cases such as Italy and South Korea, NBC News reported, citing the agency.

Meanwhile, the Trump administration is seeking $2.5 billion from Congress to boost its virus response, but Democrats have warned that amount falls far short of what is needed.

Trump’s request also included $1 billion for a vaccine, something Fauci told CNN was in development but would take at least 18 months “at best” to come to market. 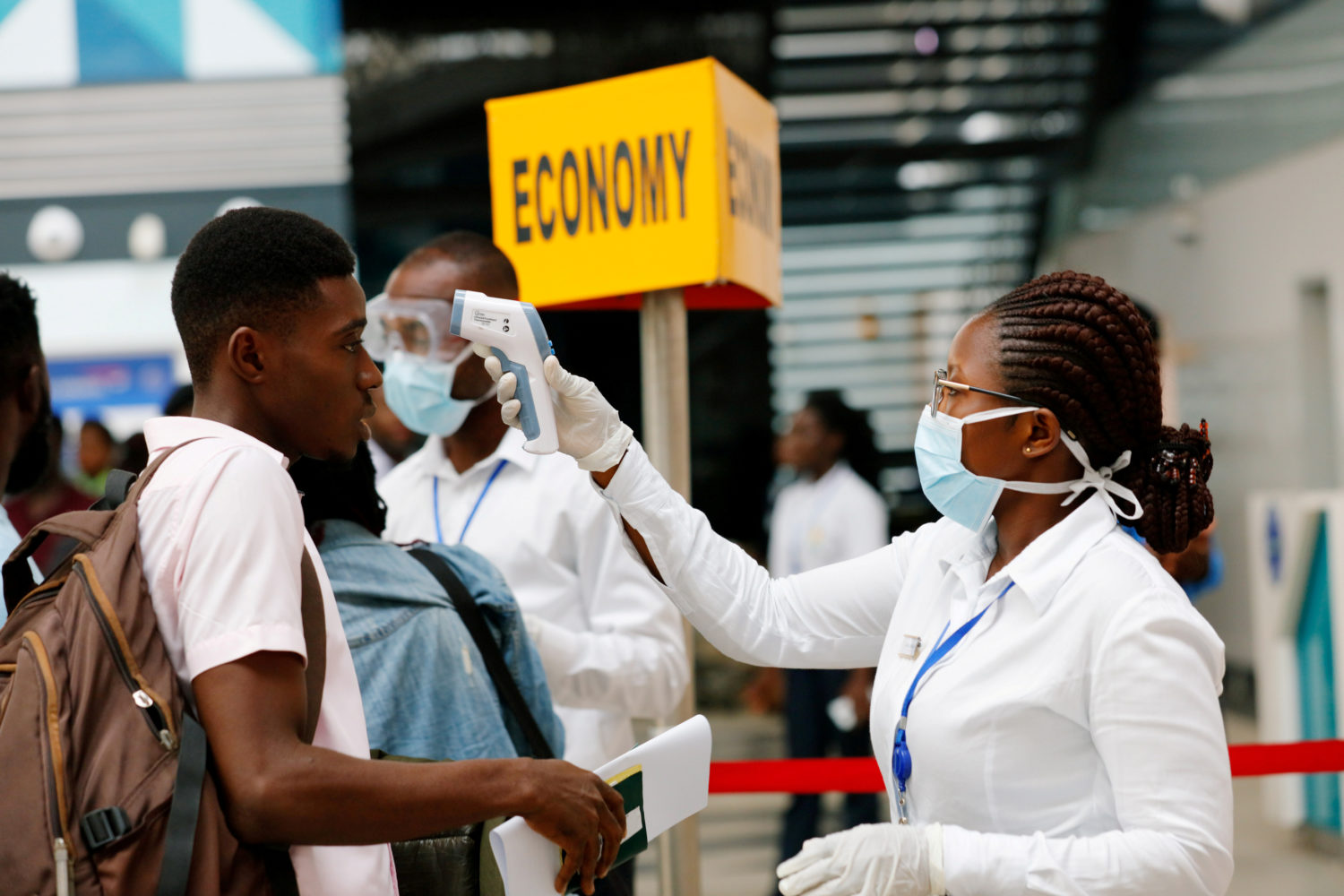 By Juliette Jabkhiro and Kate Kelland

DAKAR/LONDON (Reuters) – An isolation ward stands ready at a hospital in Khartoum, Sudan. Laboratories in Senegal and Madagascar have the testing equipment they need. Passengers arriving at airports in Gambia, Cameroon and Guinea are being screened for fever and other viral symptoms.

Africa’s Centres for Disease Control and Prevention says it has activated its emergency operation centre in the face of what global health officials say is a high risk the coronavirus disease epidemic that began in China will spread to its borders.

On a poor continent where healthcare capacity is limited, early detection of any outbreak will be crucial.

The fear is great that a spreading epidemic of coronavirus infections will be hard to contain in countries where health systems are already overburdened with cases of Ebola, measles, malaria and other deadly infectious diseases.

“The key point is to limit transmission from affected countries and the second point is to ensure that we have the capacity to isolate and also to provide appropriate treatment to people that may be infected,” said Michel Yao, emergency operations program manager at the World Health Organization’s regional office for Africa in Brazzaville, Congo.

The Democratic Republic of Congo is barring its citizens from flying to China. Burkina Faso has asked Chinese citizens to delay travelling to Burkina, and is warning that they face quarantine if they do. Kenya, Tanzania and Rwanda have all suspended flights to China.

“What we are emphasising to all countries is that they should at least have early detection,” Yao said.

“We know how fragile the health system is on the African continent and these systems are already overwhelmed by many ongoing disease outbreaks, so for us it is critical to detect earlier to that we can prevent the spread.”

John Nkengasong, Africa’s CDC director, told a briefing in the Ethiopian capital Addis Ababa this week that the activation of the emergency operation centre would create a single incident system to manage the outbreak across the continent.

The Africa CDC will also hold a training workshop in Senegal for 15 African countries on laboratory diagnosis, he said.

The continent has more than doubled the number of laboratories now equipped to diagnose the viral infection, this week adding facilities in Ghana, Madagascar and Nigeria and to established testing labs in South Africa and Sierra Leone.

“By the end of the week we expect that an additional 24 countries (in Africa) will receive the reagents needed to conduct the tests and will have the test running,” a spokeswoman for the WHO’s Africa Region told Reuters.

The breaches occurred at about 6 a.m. local time at a checkpoint lane that was not fully staffed, NBC News reported.

The passengers’ carry-on bags were screened and cleared by a security team with sniffer dogs, Transportation Safety Administration (TSA) sources told the broadcaster.

Three of the passengers set off metal detectors but were permitted to continue to their boarding gates without being body searched by staff, the broadcaster said.

U.S. authorities beefed up security at airports in 2001 following the 9/11 attacks.

A debate over whether it should be tightened further has been given impetus by a deadly shooting in January in a Florida airport baggage claim area, and attempts by President Donald Trump to clamp down on immigration from some Muslim-majority countries.

The Port Authority said three passengers were screened after they got off their flight when it landed in California.

It did not say if they were the people who had also set off the metal detectors, and gave no information about the identities or flight schedules of the other eight passengers.

The TSA said it was confident the incident presented “minimal risk to the aviation transportation system,” NBC News reported.

TSA and port authority officials were not immediately available for further comment.