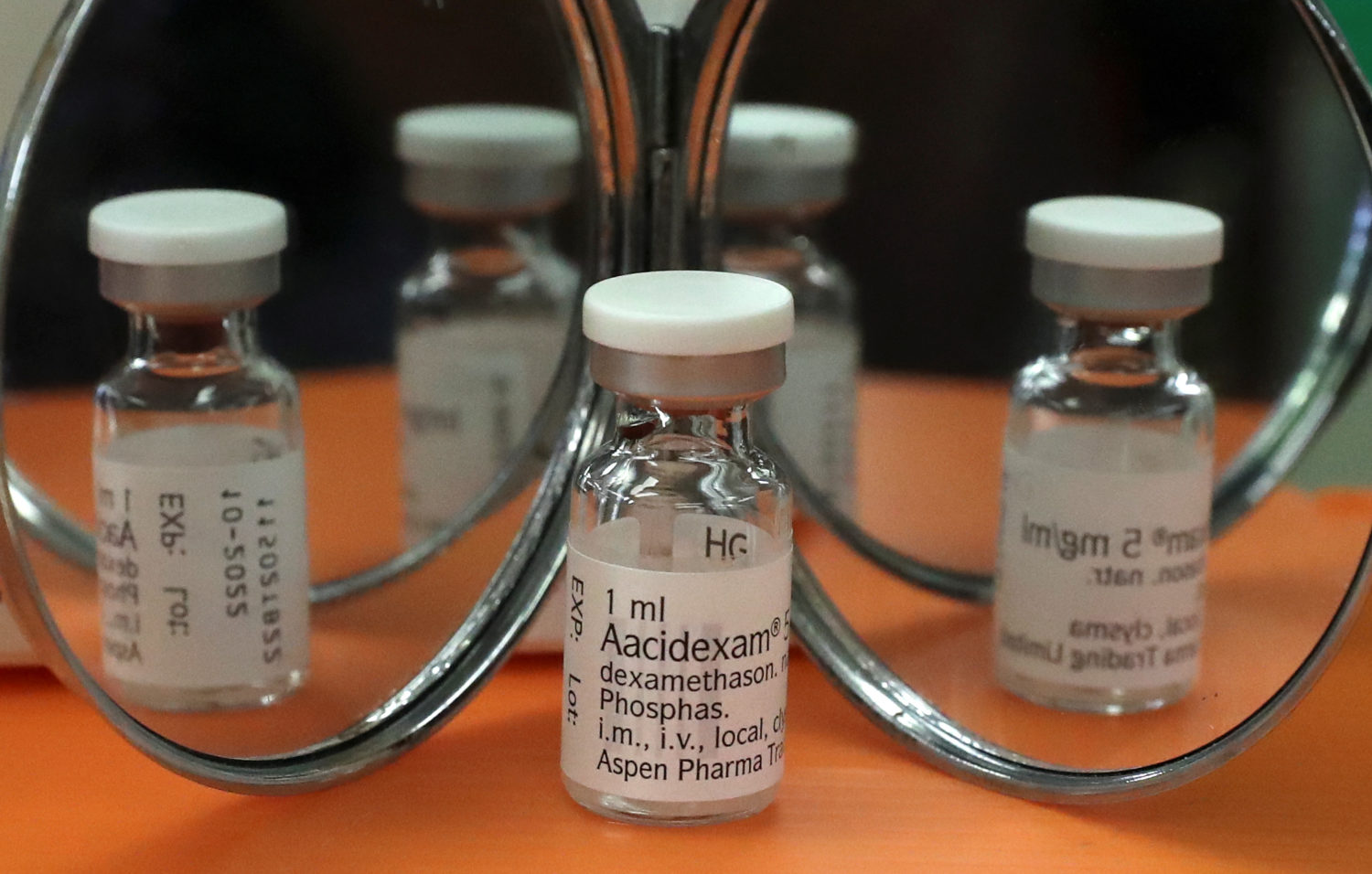 LONDON (Reuters) – Treating critically ill COVID-19 patients with corticosteroid drugs reduces the risk of death by 20%, an analysis of seven international trials found on Wednesday, prompting the World Health Organisation to update its advice on treatment.

The analysis – which pooled data from separate trials of low dose hydrocortisone, dexamethasone and methylprednisolone – found that steroids improve survival rates of COVID-19 patients sick enough to be in intensive care in hospital.

The WHO’s clinical care lead, Janet Diaz, said the agency had updated its advice to include a “strong recommendation” for use of steroids in patients with severe and critical COVID-19.

“The evidence shows that if you give corticosteroids …(there are) 87 fewer deaths per 1,000 patients,” she told a WHO social media live event. “Those are lives … saved.”

“Steroids are a cheap and readily available medication, and our analysis has confirmed that they are effective in reducing deaths amongst the people most severely affected by COVID-19,” Jonathan Sterne, a professor of medical statistics and epidemiology at Britain’s Bristol University who worked on the analysis, told the briefing.

He said the trials – conducted by researchers in Britain, Brazil, Canada, China, France, Spain, and the United States – gave a consistent message throughout, showing the drugs were beneficial in the sickest patients regardless of age or sex or how long patients had been ill.

The findings, published in the Journal of the American Medical Association, reinforce results that were hailed as a major breakthrough and announced in June, when dexamethasone became the first drug shown to be able to reduce death rates among severely sick COVID-19 patients.

Dexamethasone has been in widespread use in intensive care wards treating COVID-19 patients in some countries since then.

Martin Landray, a professor of medicine and epidemiology at the University of Oxford who worked on the dexamethasone trial that was a key part of the pooled analysis published on Wednesday, said the results mean doctors in hospitals across the world can safely switch to using the drugs to save lives.

“These results are clear, and instantly usable in clinical practice,” he told reporters. “Among critically ill patients with COVID-19, low-dose corticosteroids … significantly reduce the risk of death.”

Researchers said the benefit was shown regardless of whether patients were on ventilation at the time they started treatment. They said the WHO would update its guidelines immediately to reflect the fresh results.

Until the June findings on dexamethasone, no effective treatment had been shown to reduce death rates in patients with COVID-19, the respiratory disease caused by the new coronavirus.

More than 25 million people have been infected with COVID-19 and 856,876​ have died, according to a Reuters tally.

Gilead Sciences Inc’s remdesivir was authorized by United States regulators in May for use in patients with severe COVID-19 after trial data showed the antiviral drug helped shorten hospital recovery time.

Anthony Gordon, an Imperial College London professor who also worked on the analysis, said its results were good news for patients who become critically ill with COVID-19, but would not be enough to end outbreaks or ease infection control measures.

“Impressive as these results are, this is not a cure. We now have something that will help, but it is not a cure, so it’s vital that we keep up all the prevention strategies.” 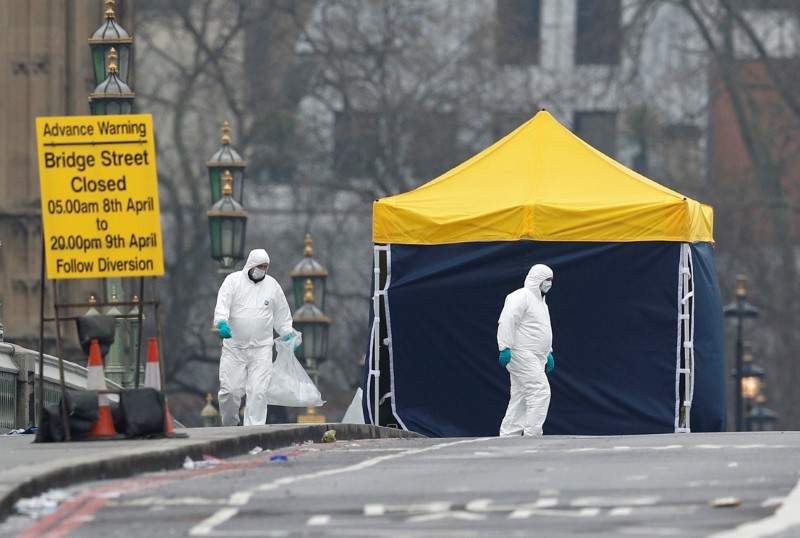 LONDON (Reuters) – The man who mowed down pedestrians on London’s Westminster Bridge before killing a police officer outside Britain’s parliament last year had taken steroids beforehand, a London court heard on Monday.

Last March Khalid Masood, 52, killed four people on the bridge before, armed with two carving knives, he stabbed to death an unarmed police officer in the grounds of parliament. He was shot dead at the scene.

It was the first of five attacks on Britain last year which police blamed on terrorism.

A submission to a pre-inquest hearing into the fatalities at London’s Old Bailey Court said there was evidence that Masood had taken anabolic steroids in the hours or days before his death.

“A more specialist pharmaceutical toxicologist … has been instructed to prepare a report addressing how steroid use may have affected Khalid Masood,” the submission by the inquiry’s lawyer Jonathan Hough said.

The hearing also heard from Gareth Patterson, a lawyer representing relatives of four of the victims, who lambasted tech firms over their stance on encryption and failing to remove radicalizing material from websites.

Patterson said families wanted answers about how Masood, who was known to the UK security service MI5, was radicalized and why shortly before his attack, he was able to share an extremist document via WhatsApp.

He said victims’ relatives could not understand “why it is that radicalizing material continues to be freely available on the internet”.

“We do not understand why it’s necessary for WhatsApp, Telegram and these sort of media applications to have end-to-end encryption,” he told the hearing at London’s Old Bailey court.

Patterson told Reuters following the hearing that he was “fed up” of prosecuting terrorism cases which featured encryption and particularly the WhatsApp messaging service.

“How many times do we have to have this?” he said.

The British government has been pressurizing companies to do more to remove extremist content and rein in encryption which they say allows terrorists and criminals to communicate without being monitored by police and spies, while also making it hard for the authorities to track them down.

However, it has met quiet resistance from tech leaders like Facebook, Google and Twitter and critics say ending encryption will weaken security for legitimate actions and open a back door for government snooping.

Samantha Leek, the British government’s lawyer, said the issues over encryption and radicalization were a matter of public policy and too wide for an inquest to consider.

Police say Masood had planned and carried out his attack alone, despite claims of responsibility from Islamic State, although a report in December confirmed he was known to MI5 for associating with extremists, particularly between 2010 and 2012, but not considered a threat.

Coroner Mark Lucraft said the inquest, which will begin in September, would seek to answer “obvious and understandable questions” the families might have.